This is part three of our West Coast Trail hike.  Skip to part 1 or part 2.

Beyond Walbran Creek the going gets harder.  The trail is mainly inland, and it is rugged.  There are many ladders to climb and descend. 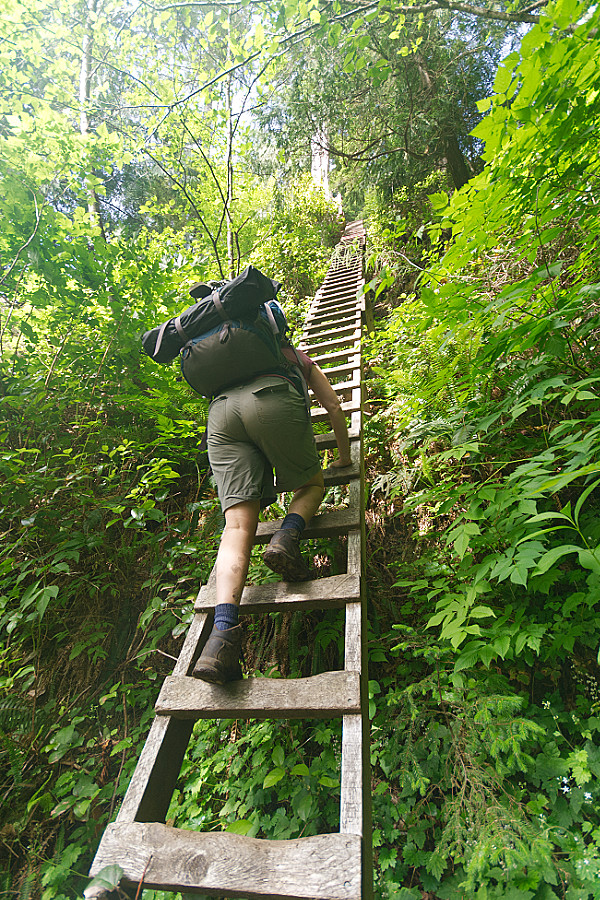 At Logan Creek there is a suspension bridge. 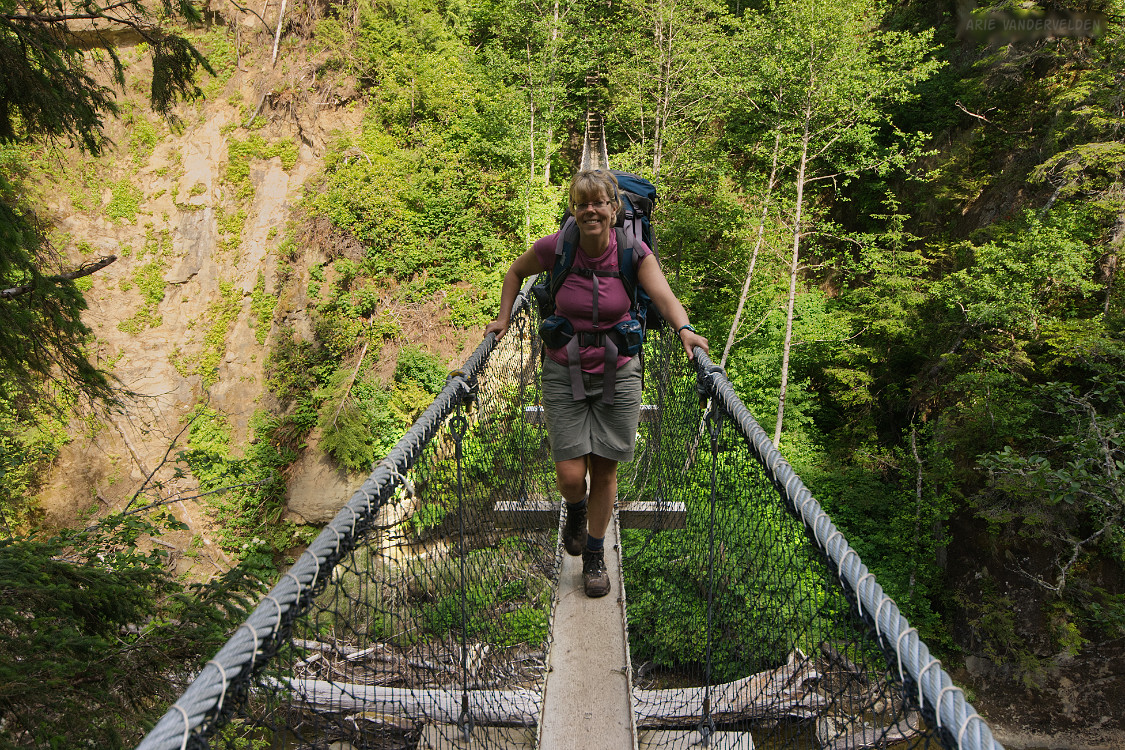 At Cullite Creek is a cable car.  It was a lot of fun riding this contraption along. 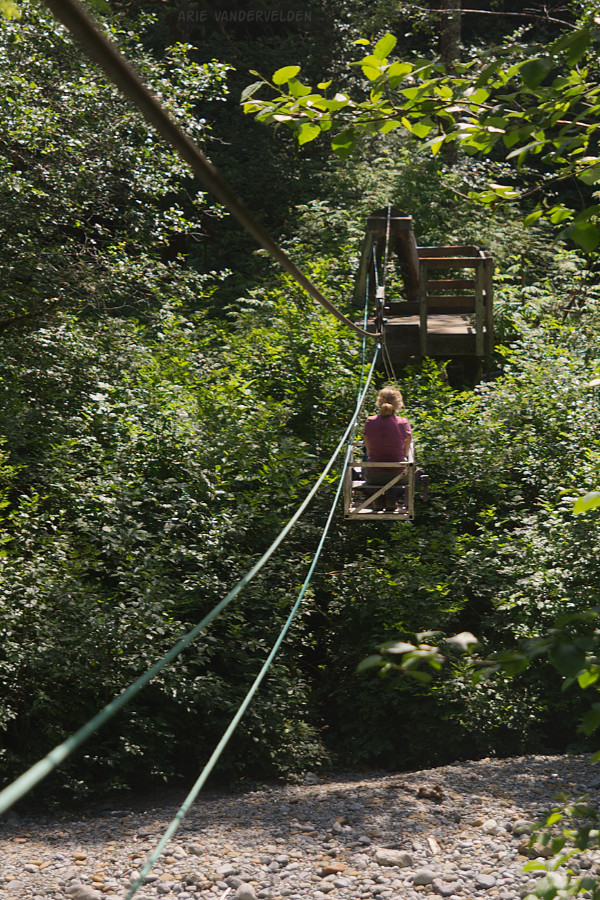 After the ladders, cable car, and suspension bridge, we were half-expecting a zipline around the next corner.  That wasn’t the case, of course.  Instead, there were more ladders. 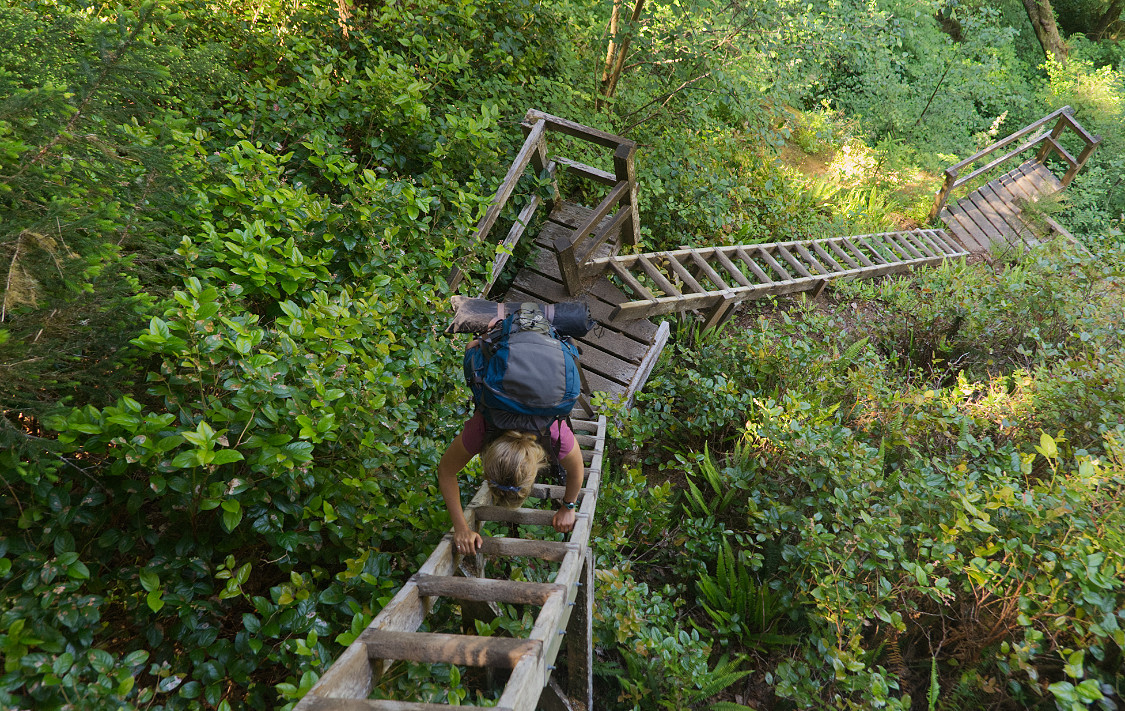 Getting ready to descend. 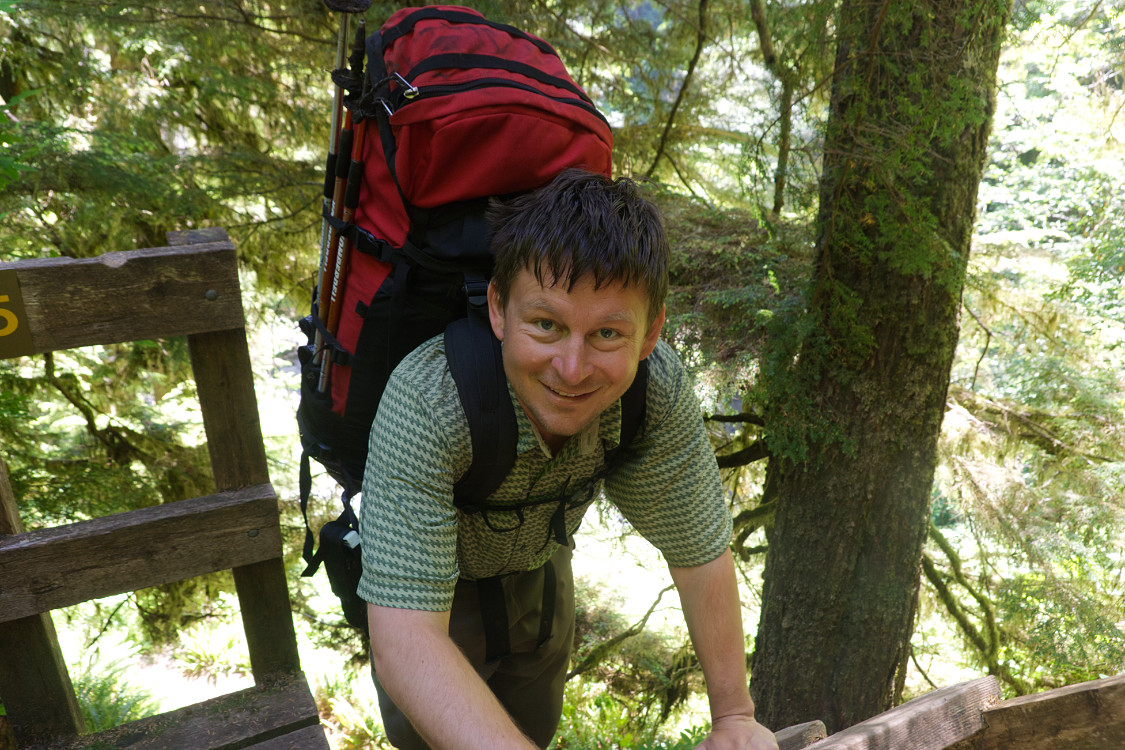 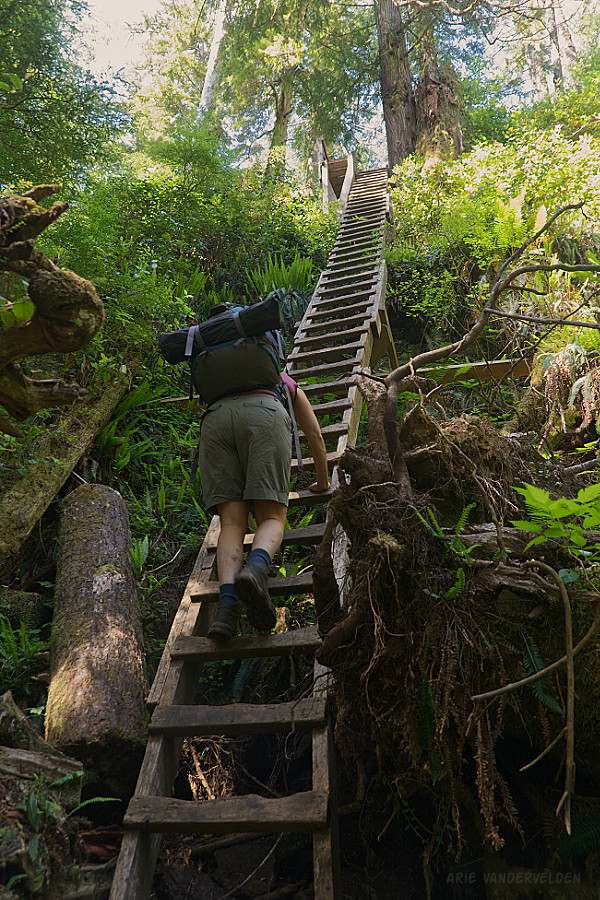 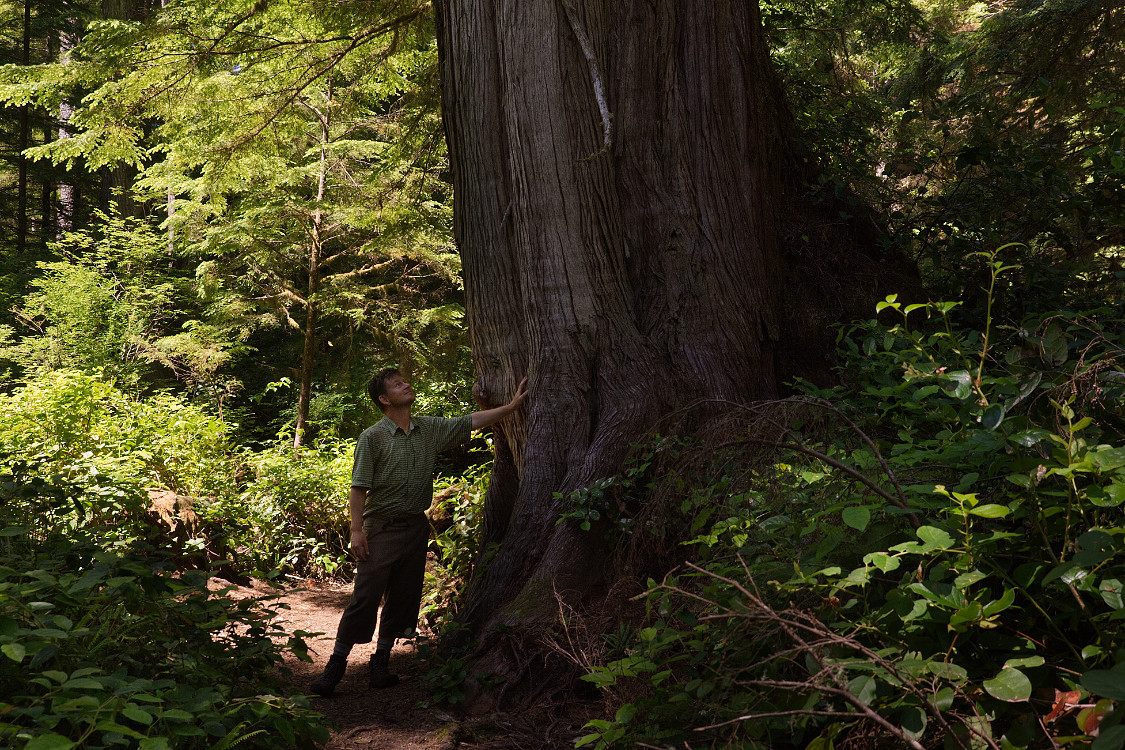 The final day was particularly challenging.  The trail continually kept going up, down, or sidehilled.  In many places there was a lot of erosion, and it was necessary to step across large roots. 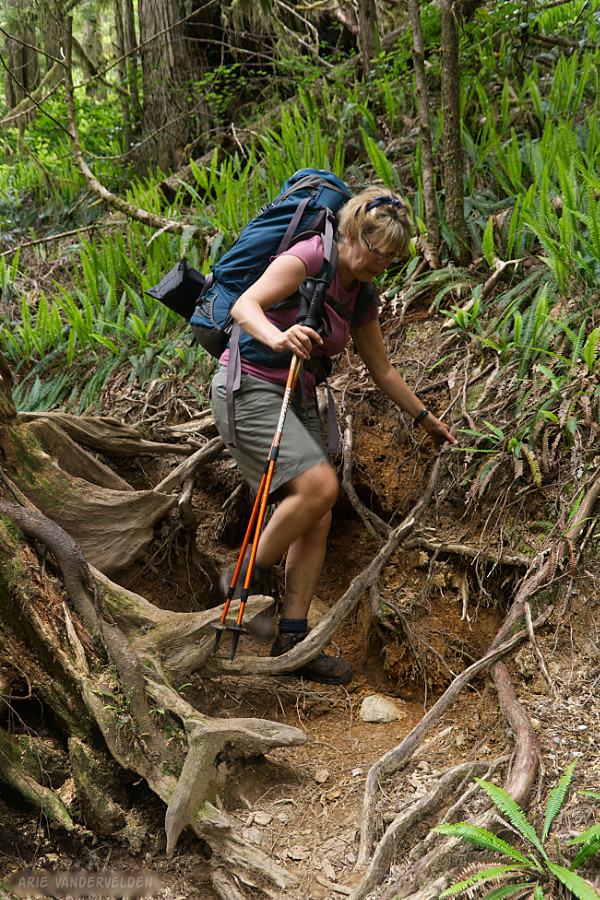 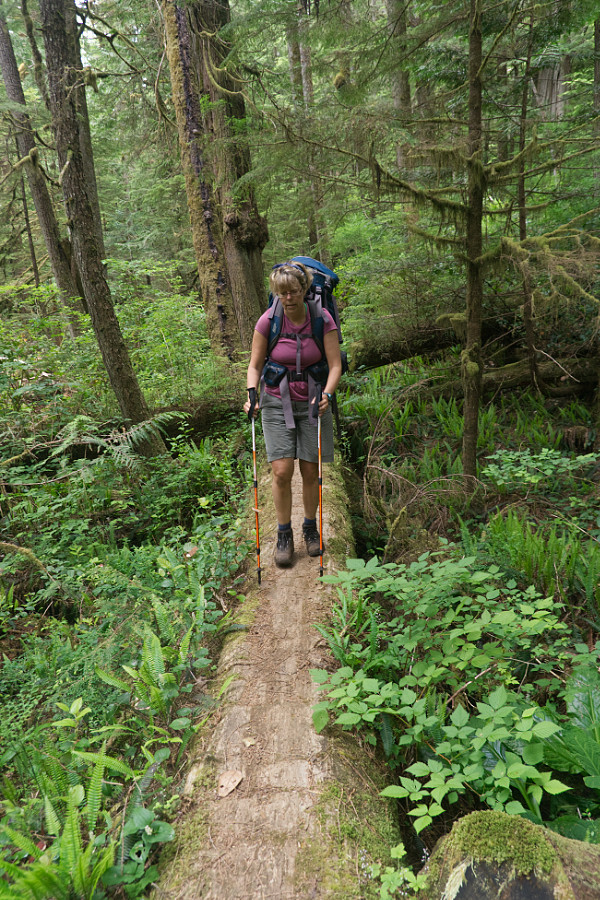 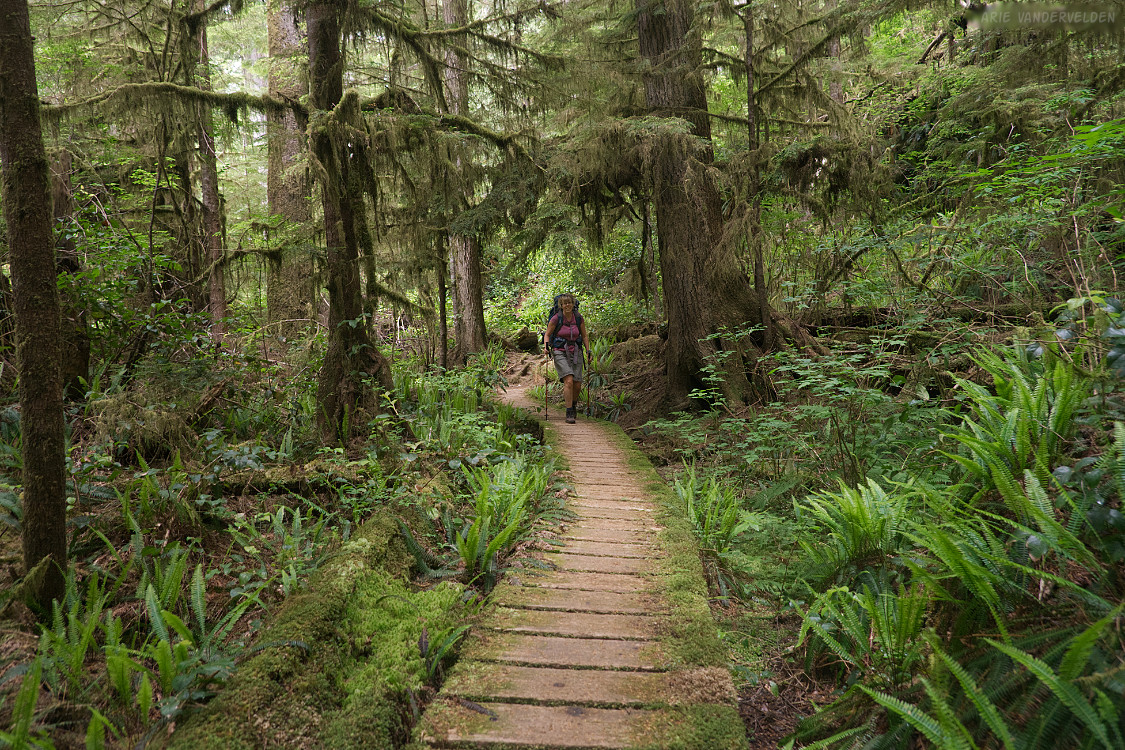 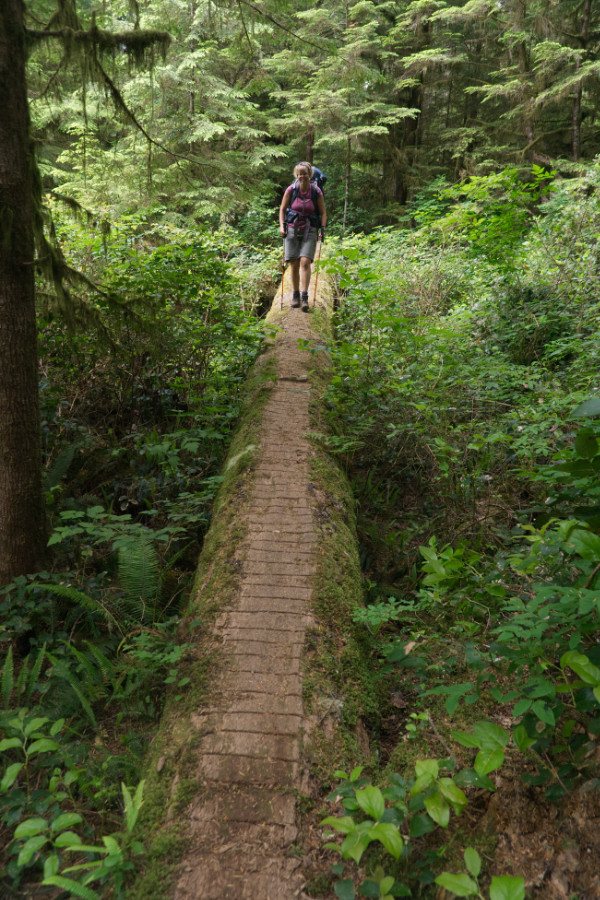 The going was slow, but we made steady progress.  Eventually the old-growth forest ran out, and we crossed previously logged areas.  You’d think there’d be an old logging road to follow, but no – the trail kept sidehilling, requiring us to scramble across roots.  Eventually we started getting glimpses of Port Renfrew, and after what seemed like an eternity the trail ended on a gravel beach on the shore of Gordon River.  Here, the instructions were to raise an orange buoy on a rope, to signal the ferryman on the other shore. 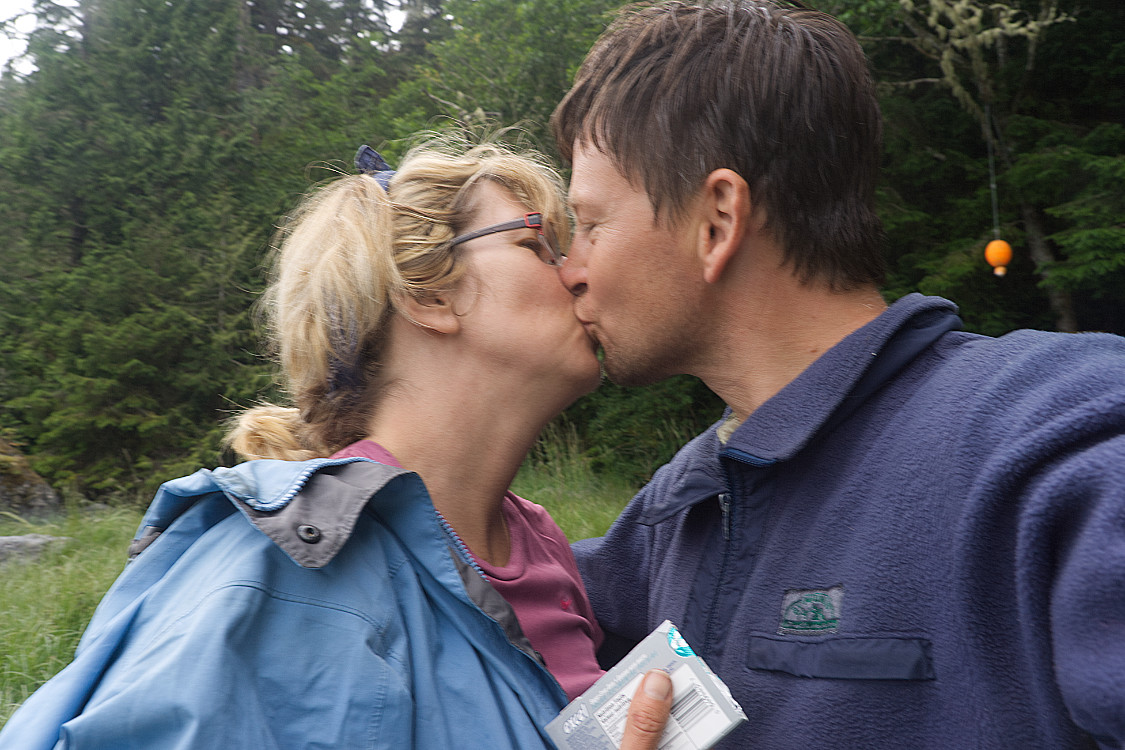 Butch came to pick us up with his boat.  We relaxed at his place for a while, feeling pretty good about our accomplishment.  We made it!

After sitting in the chair for a while, it was hard to get up to get on the bus.  Getting off the bus in Victoria was even harder – rigor mortis had set in.  The next day we stumbled around Victoria, snoozing on park benches and not doing very much.  Later that day we flew back home.

See part one for tips on how to organize a West Coast Trail hike.