In June of 2013 we spend 10 days touring around Iceland, driving the ring road that circles the island.  We brought camping gear and spend about half of the nights camping and the other half in rented accommodations.

We generally had good weather, considering that this is Iceland.  We held off deciding until the last minute whether to drive the loop clockwise or counterclockwise.  In the end we drove clockwise, which gave us the most favorable weather conditions.

This photo essay captures some of what we saw and experienced. 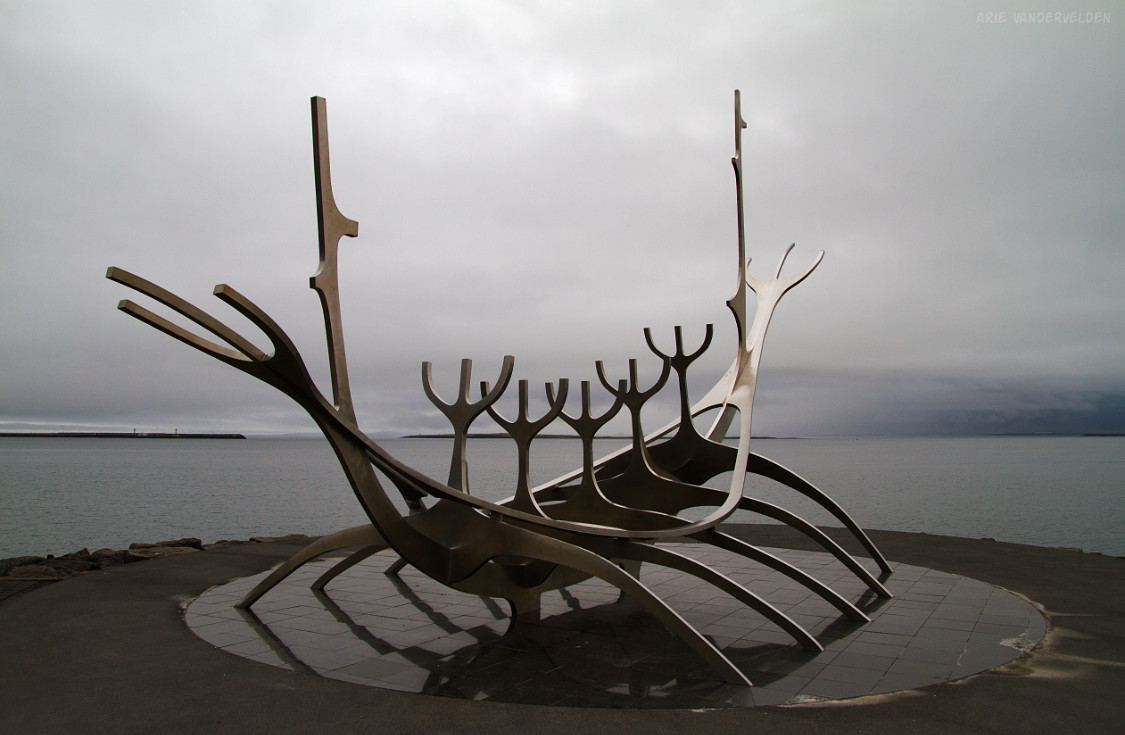 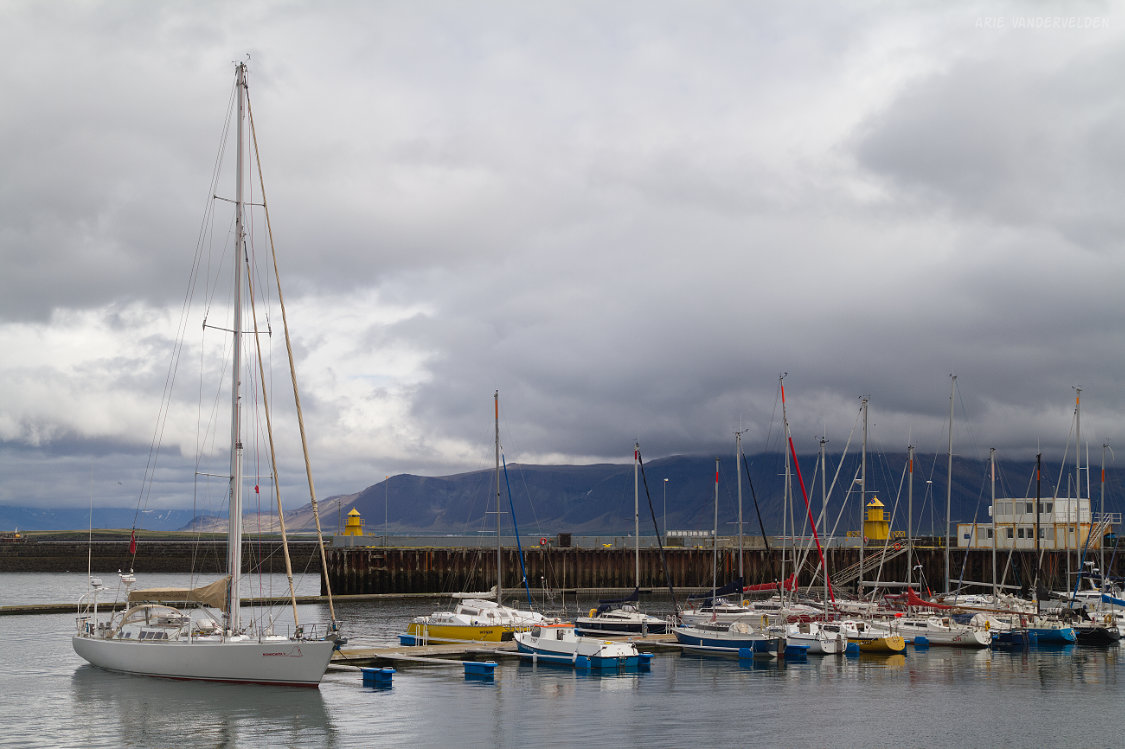 Hallgrimskirkja.  Its architecture is reminiscent of columnar basalt.  I saw columnar basalt of the same shape and colour during our travels in Iceland. 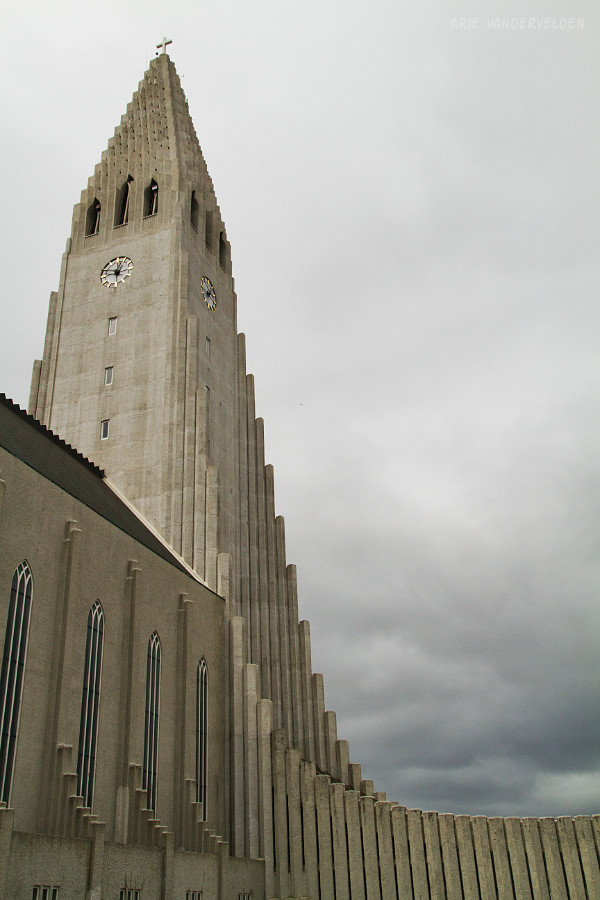 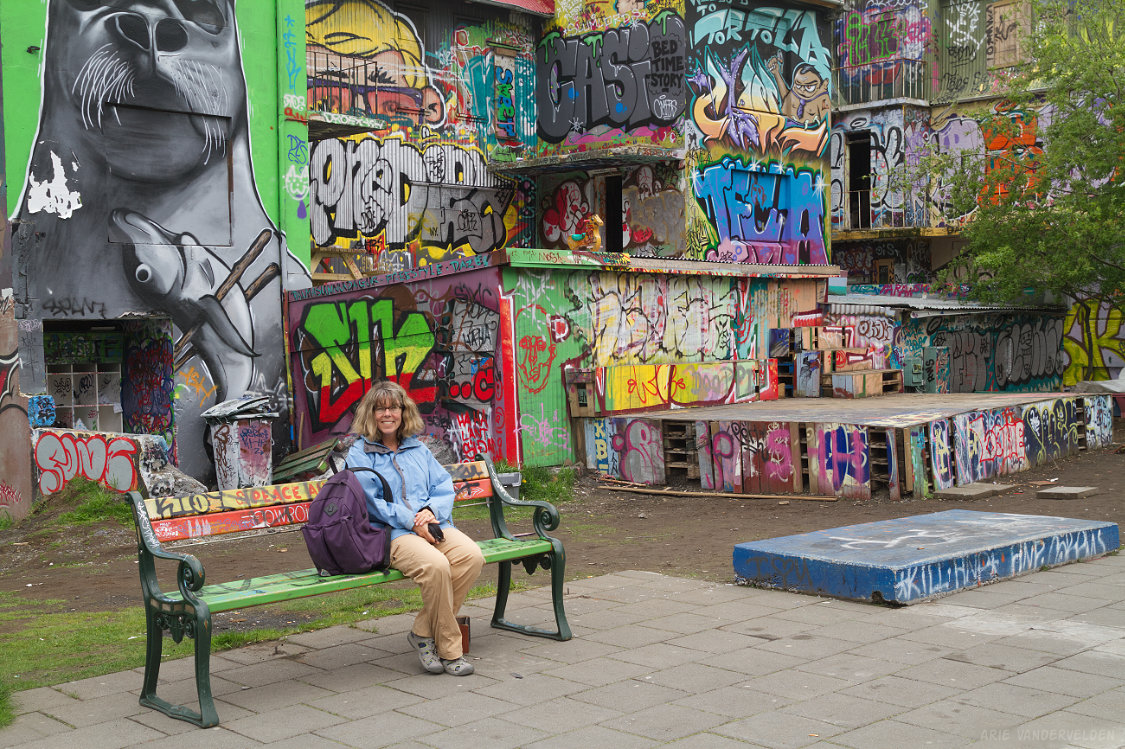 Even though Reykjavik is a city and an urban environment, the wilderness beckons just beyond. 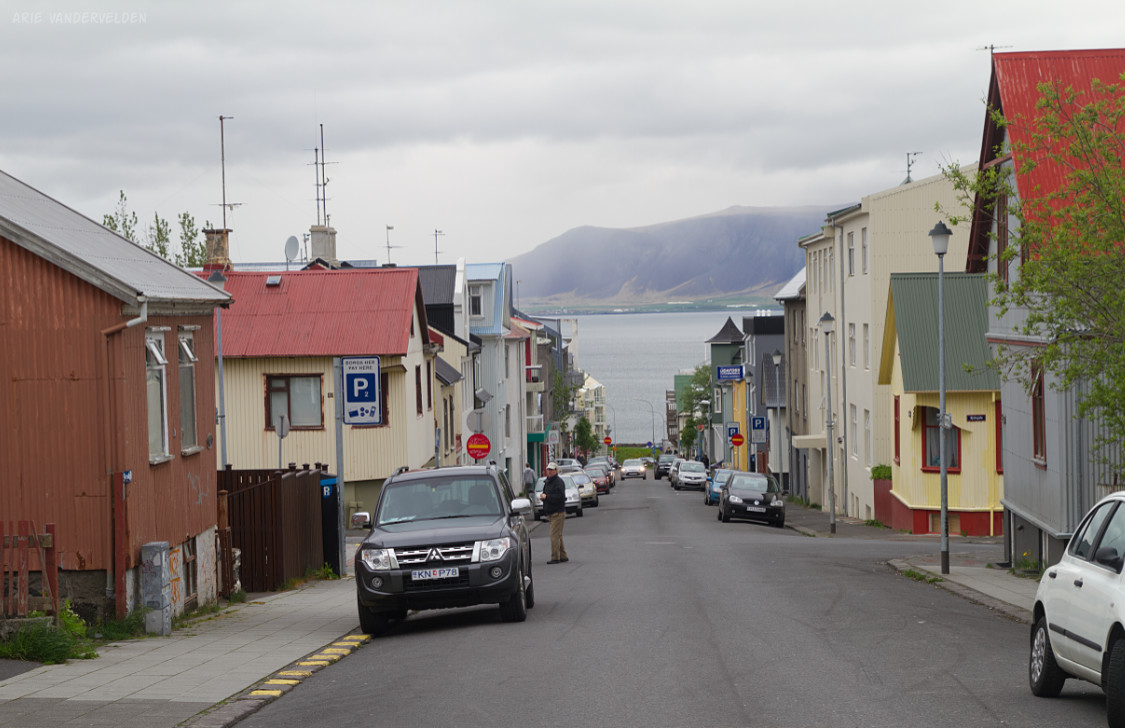 Thingvelir is a valley about 40 km east of Reykjavik.  It was the site of Iceland’s first parliament.  Today it is a peaceful and quiet place. 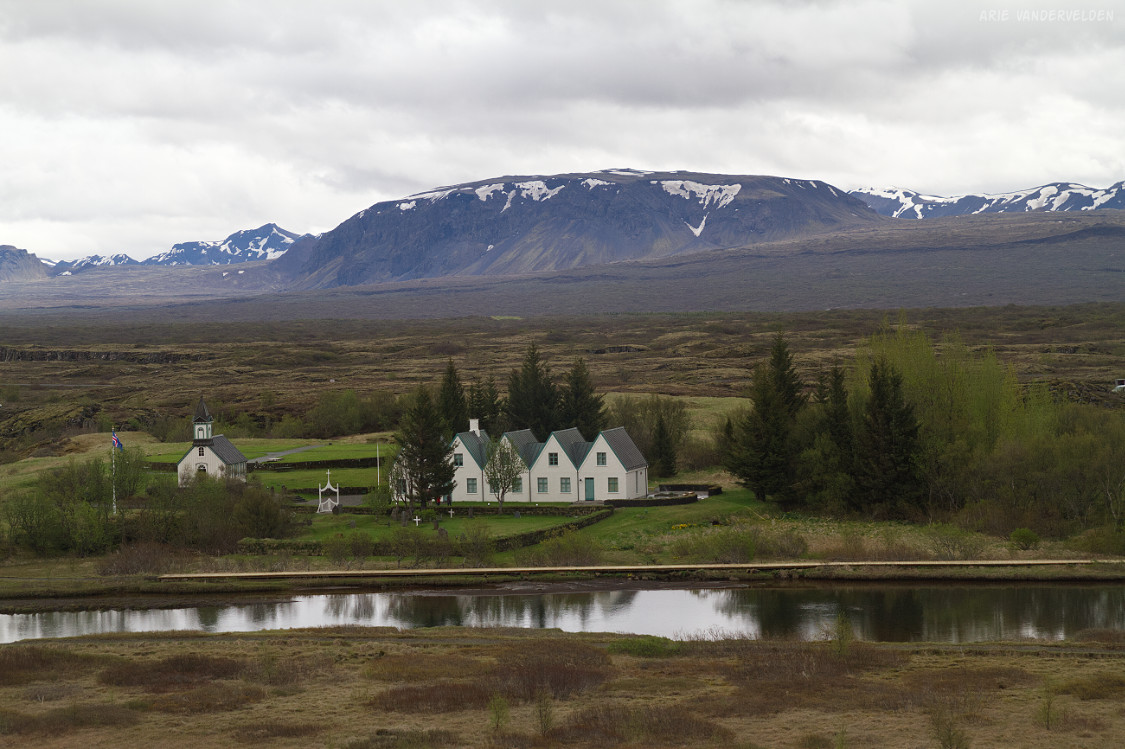 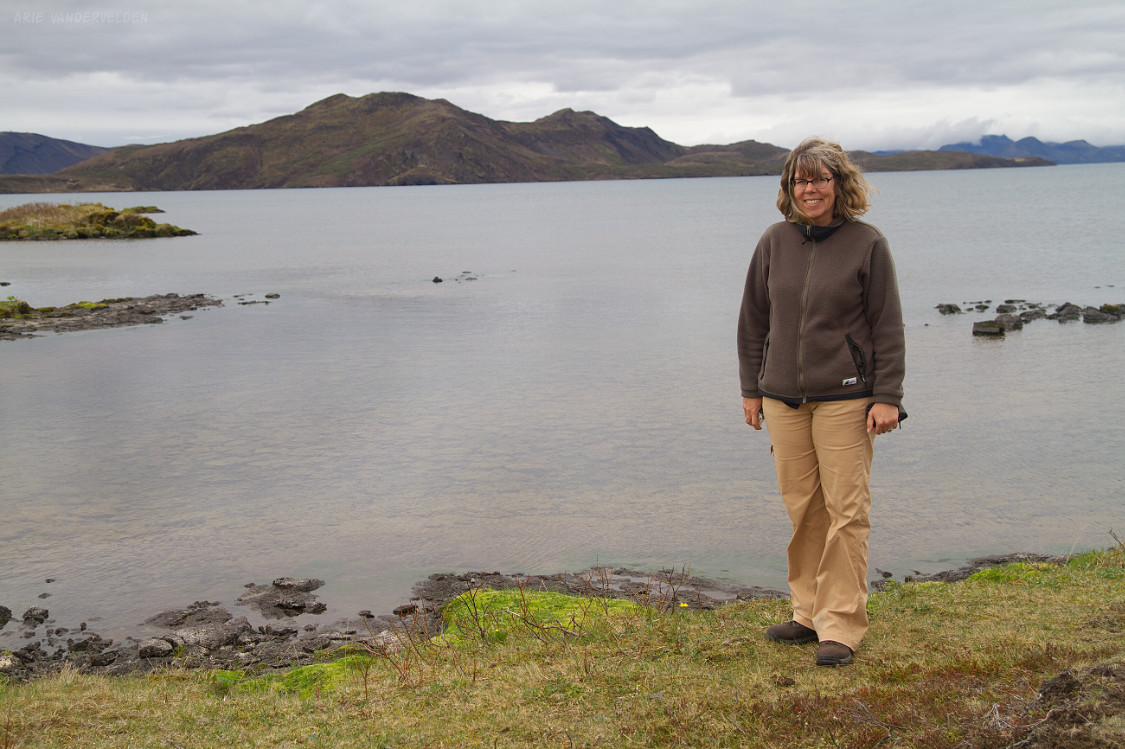 Thingvelir is also the approximate site of the boundary between the North American and European tectonic plates.  The North American plate is moving to the west, and the European plate moves to the east.  As they do, they pull the landscape apart, leaving rifts such as these. 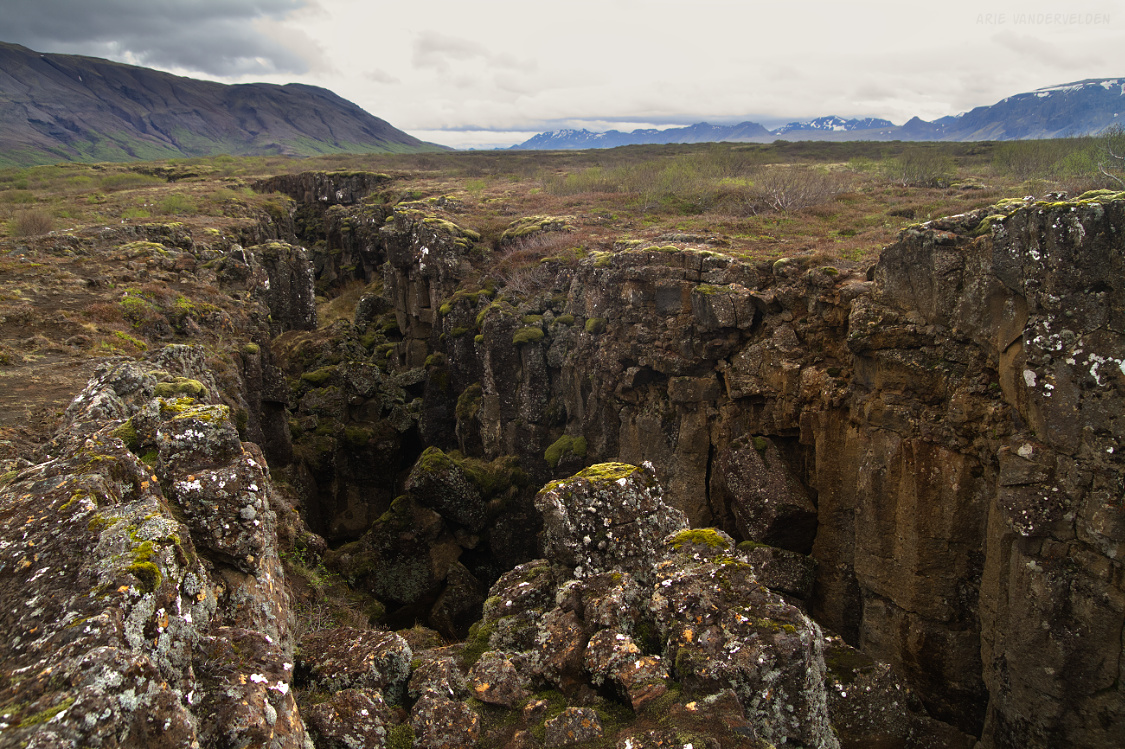 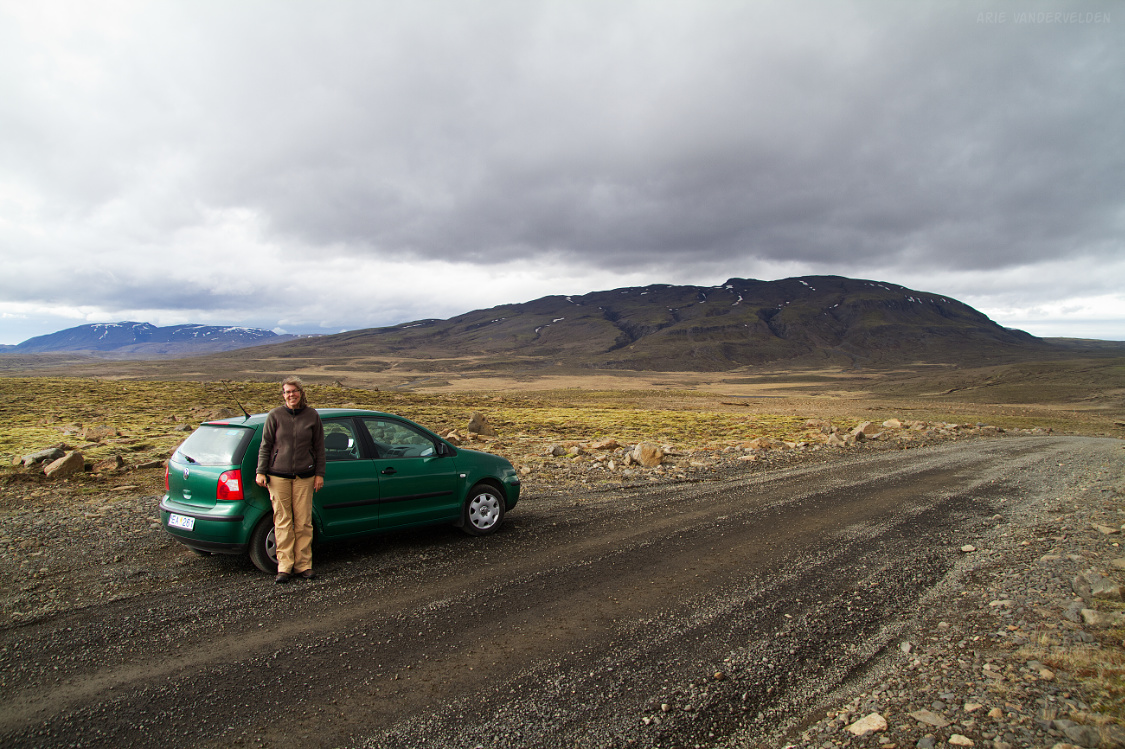 Adding a stone to a cairn. 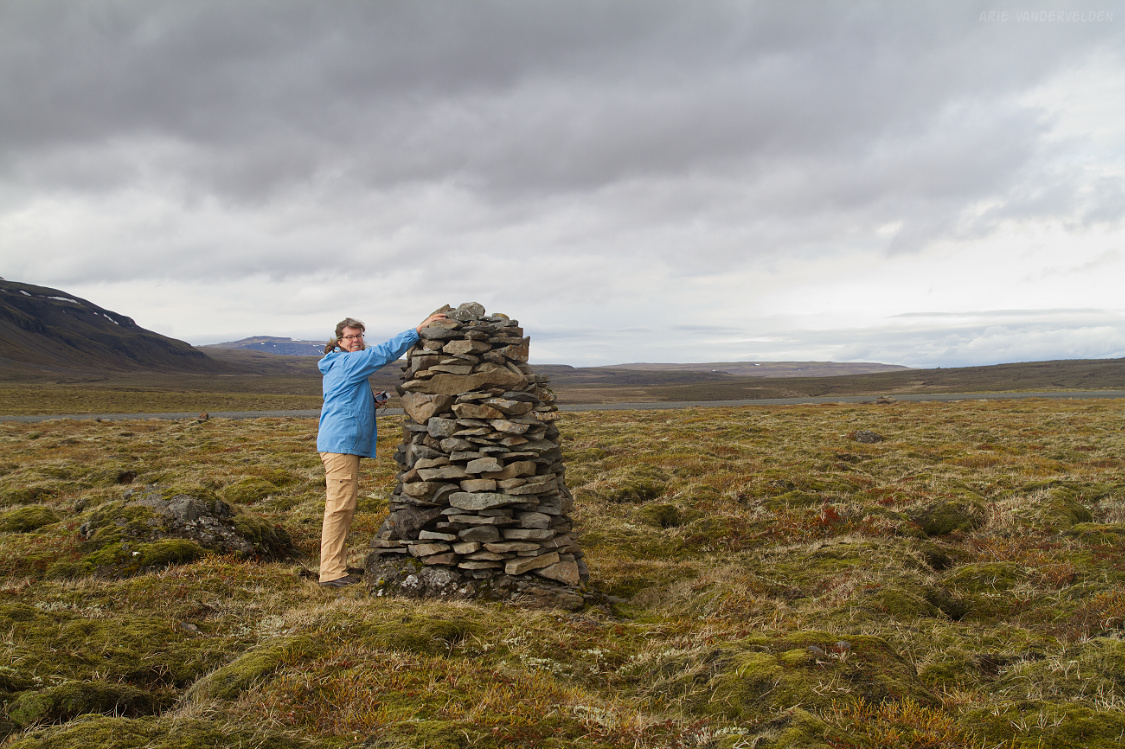 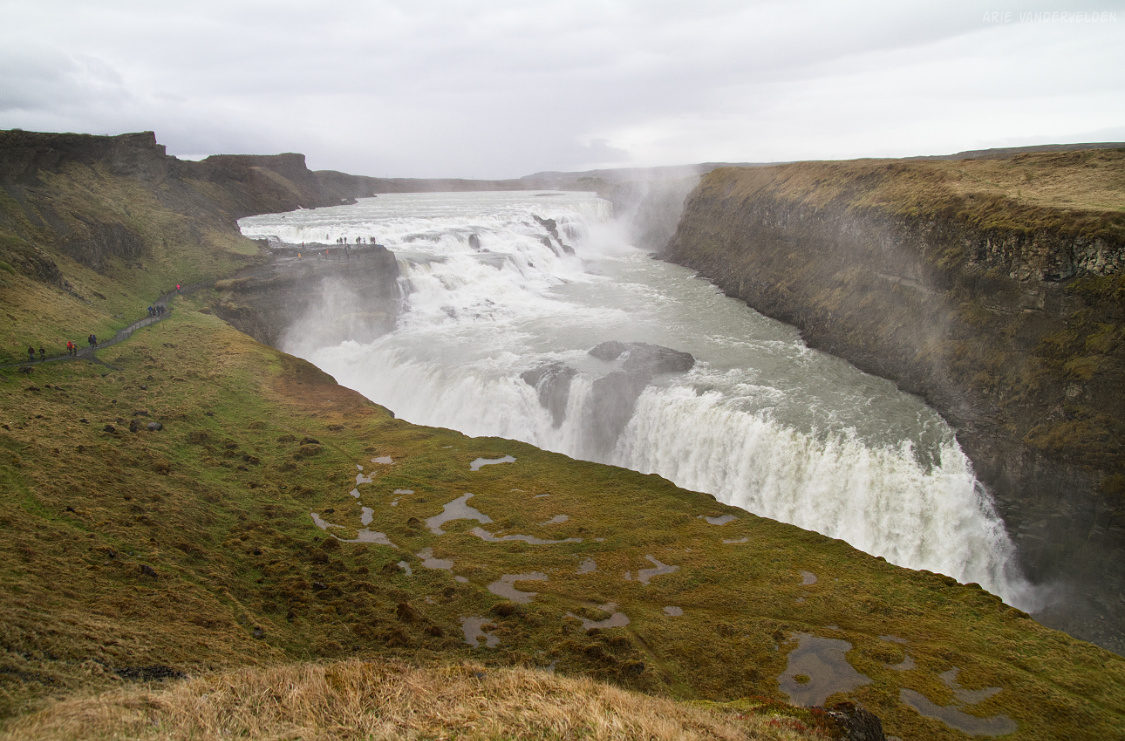 Gulfoss is gigantic, dwarfing the tourists gaping at it. 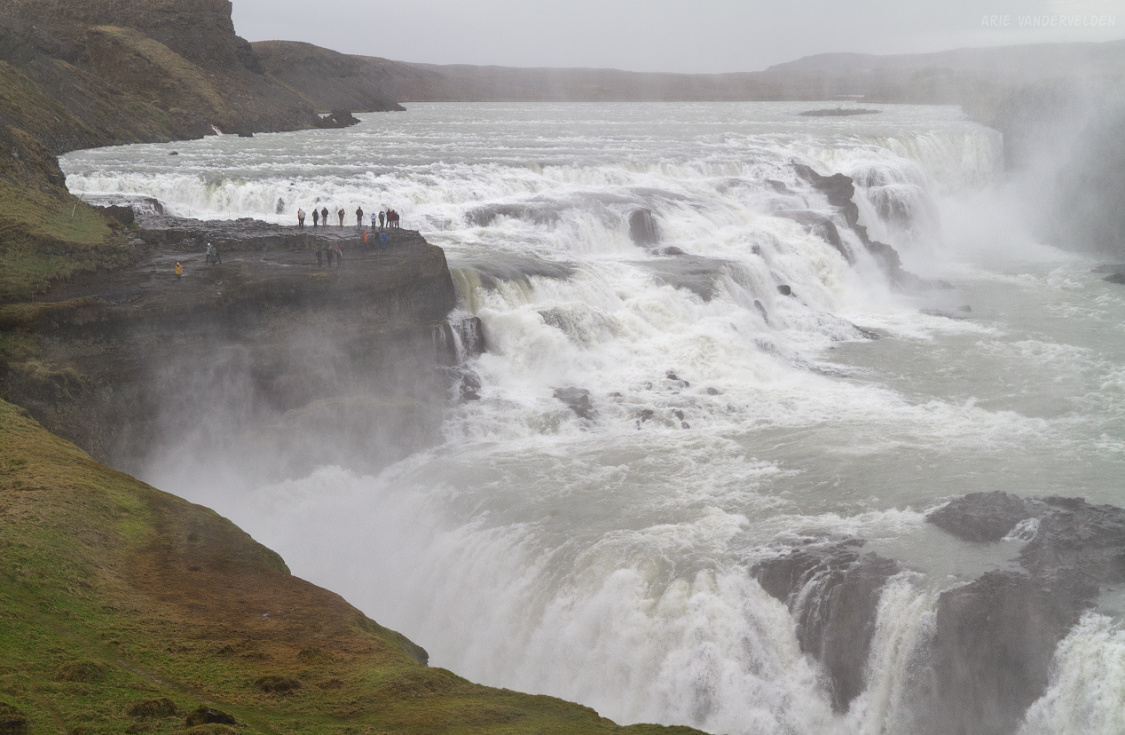 At the brink of the falls. 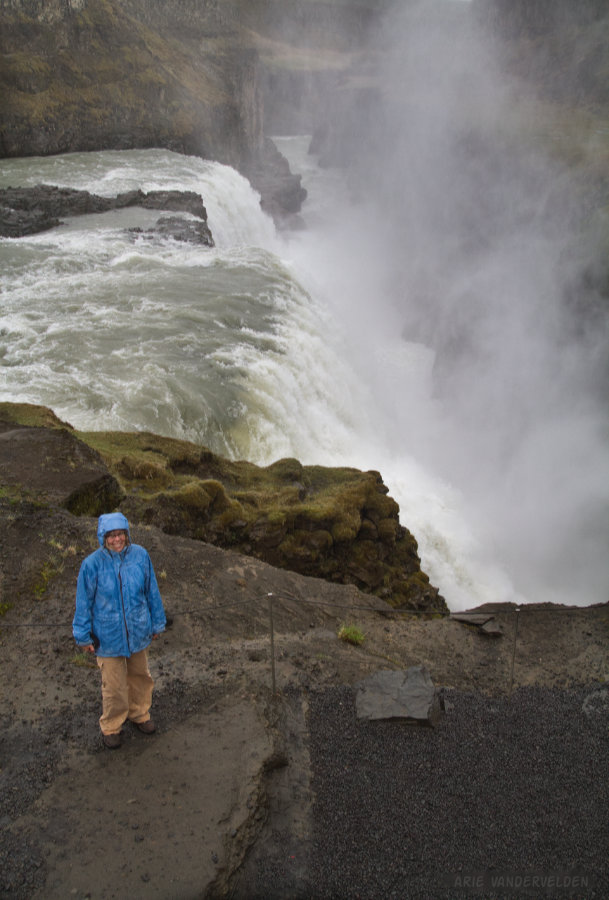 Grundarfjordur and the Snaefellsnes Peninsula

The drive to Grundarfjordur passes some beautiful scenery. 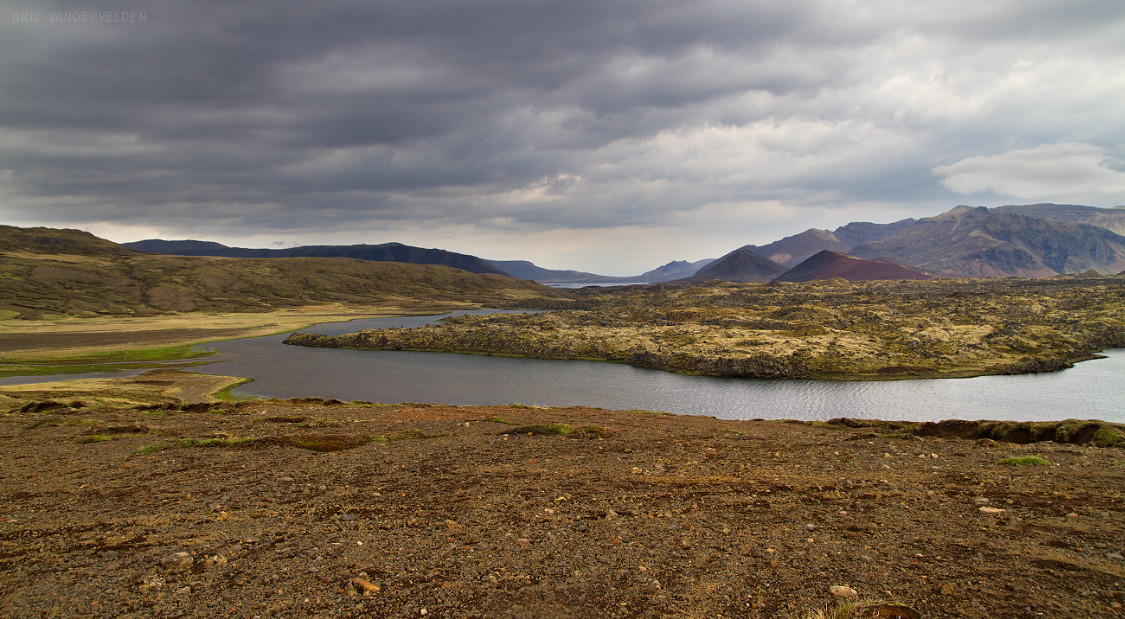 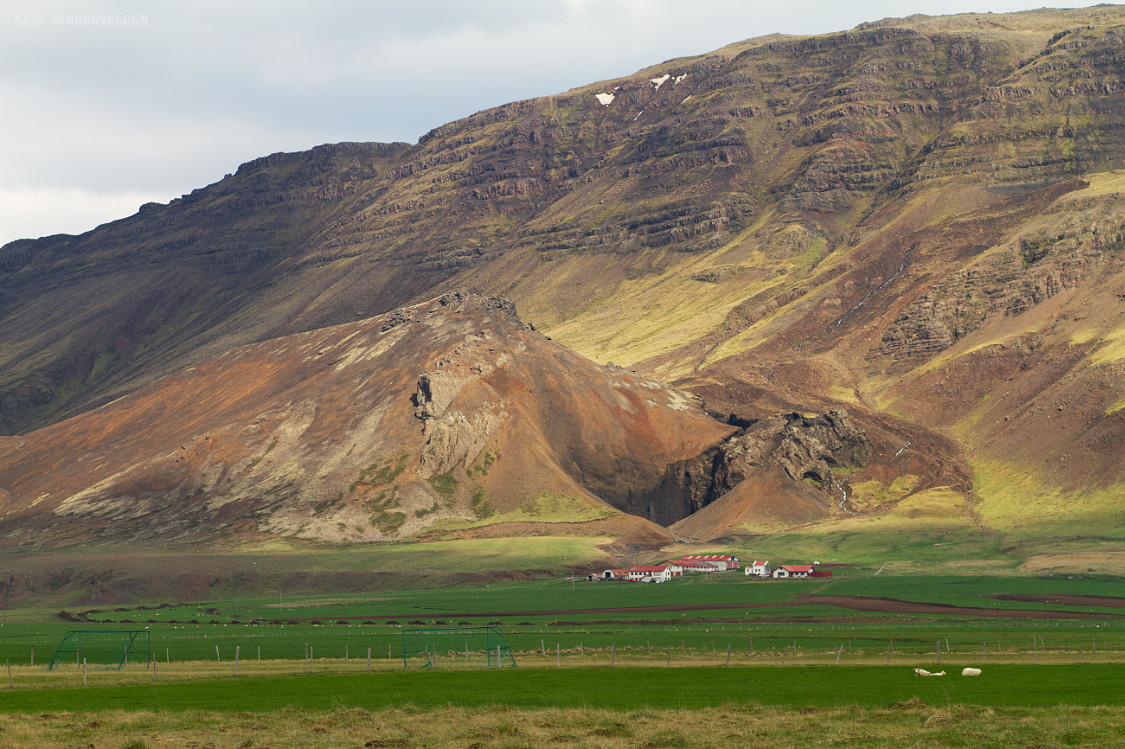 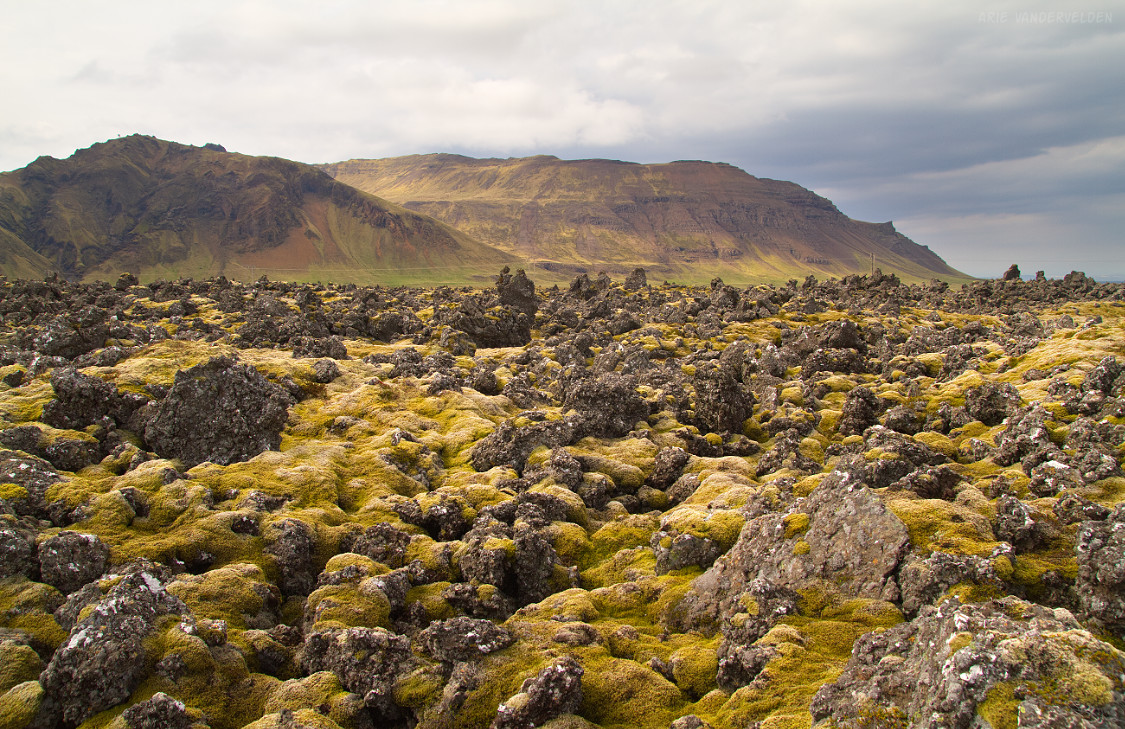 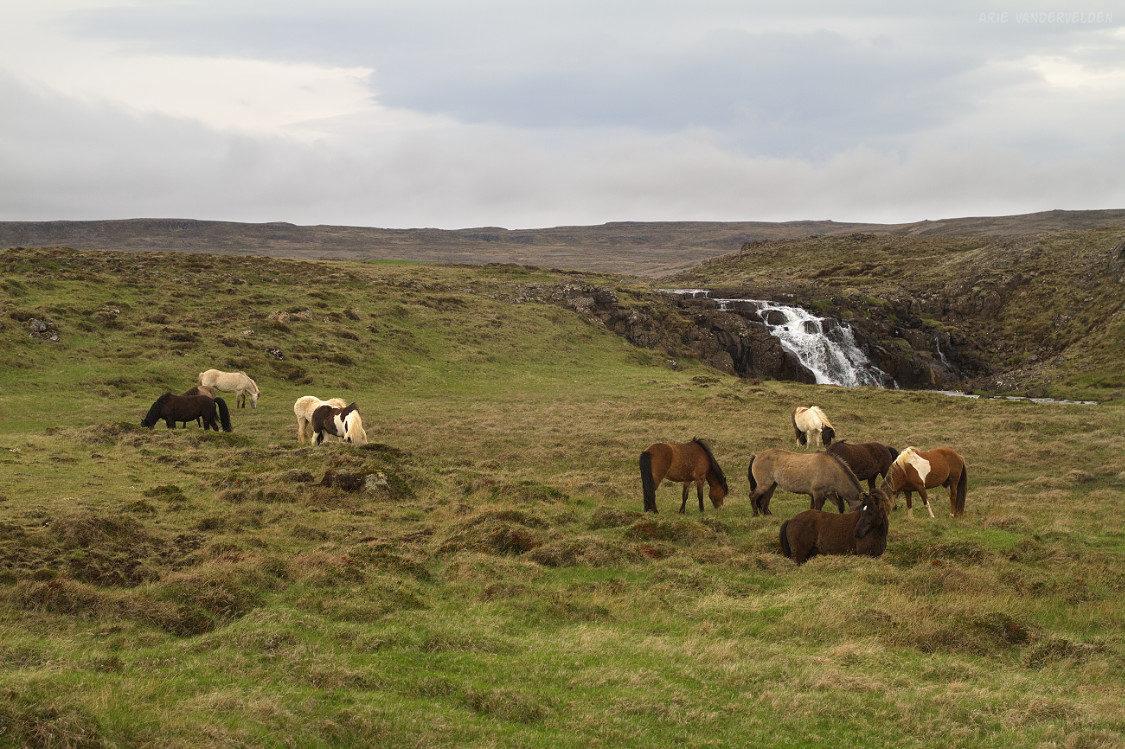 We drove to the tip of the Snaefellsnes Peninsula, but the weather was poor.  It was windy and raining.  This church revealed itself when the clouds parted briefly. 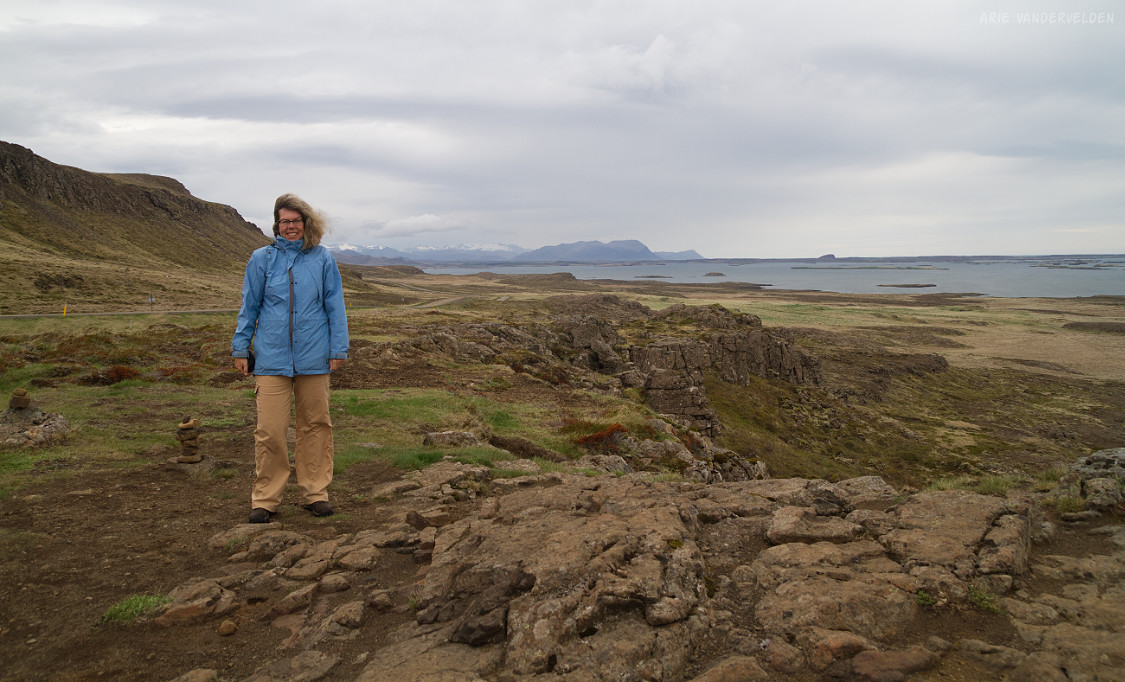 The campground at Grundarfjordur had berms around it, providing much-needed shelter from the relentless wind. 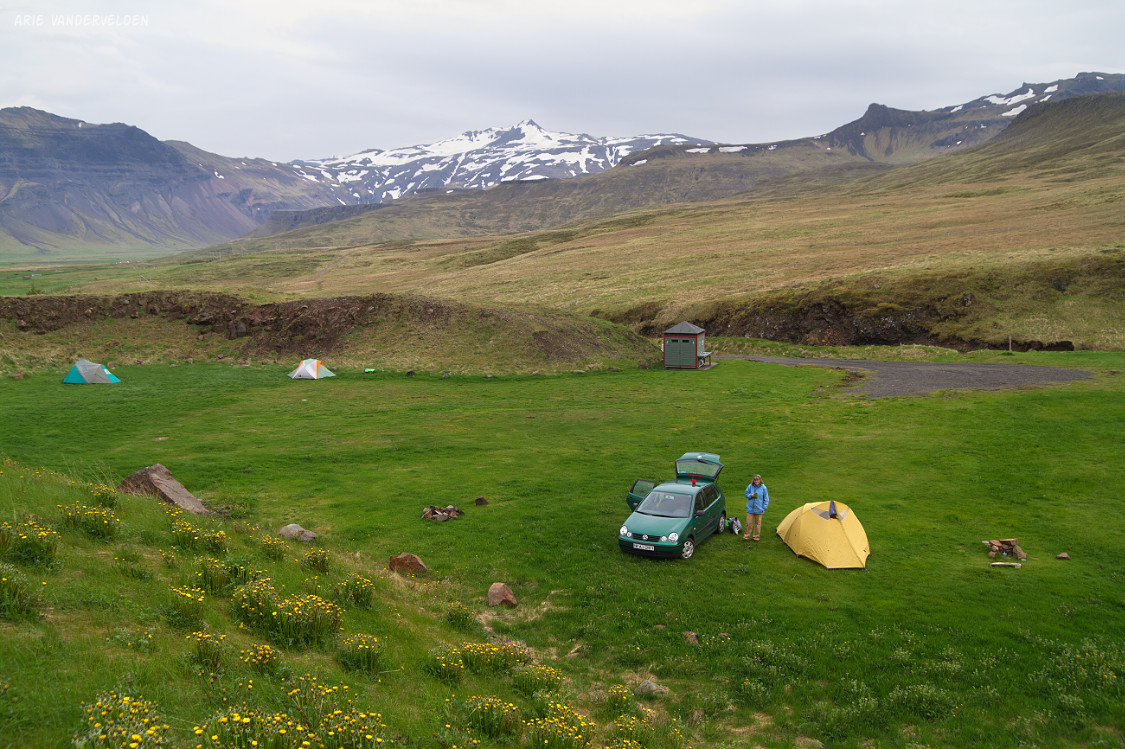 After setting up camp we decided to go for a walk towards town.  It was 10 pm.  But it was not getting dark anytime soon, and we had plenty of energy. 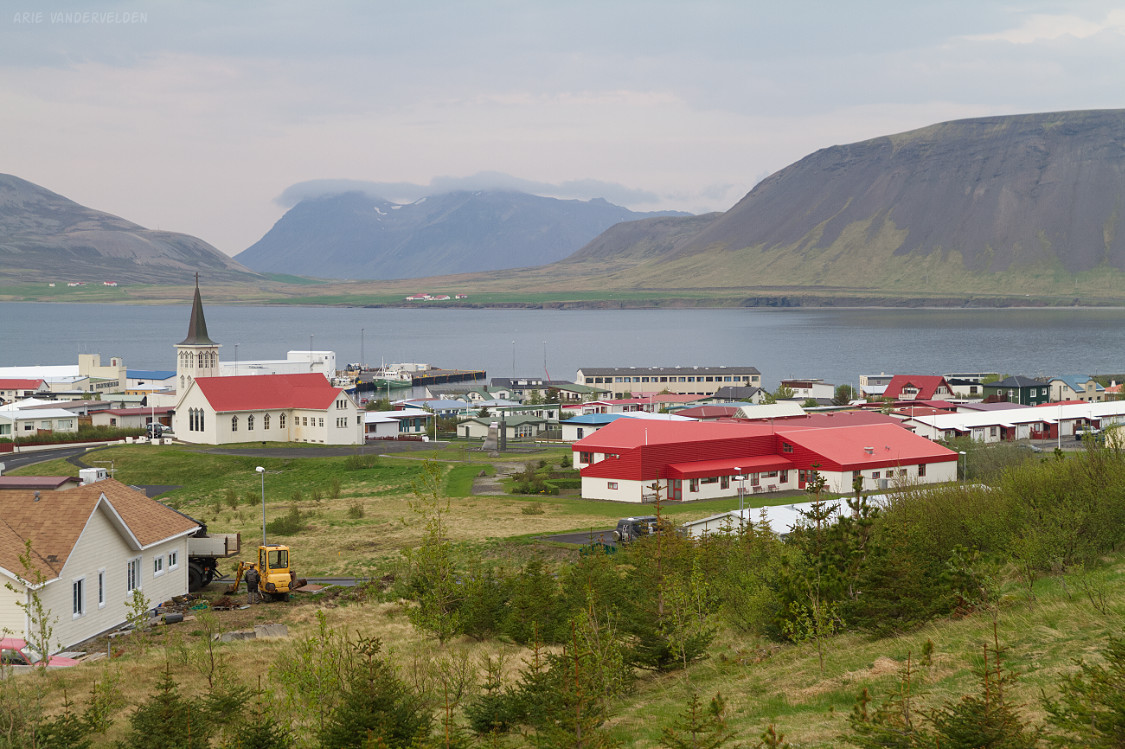 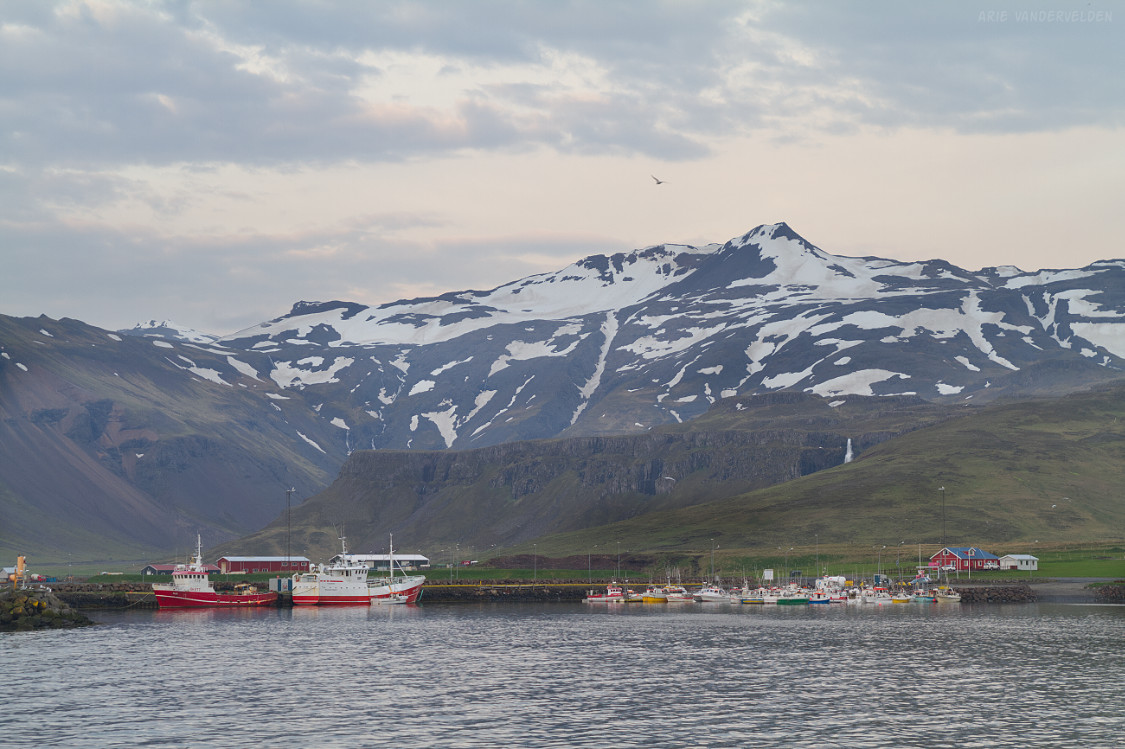 This house had a waterfall in the back yard. 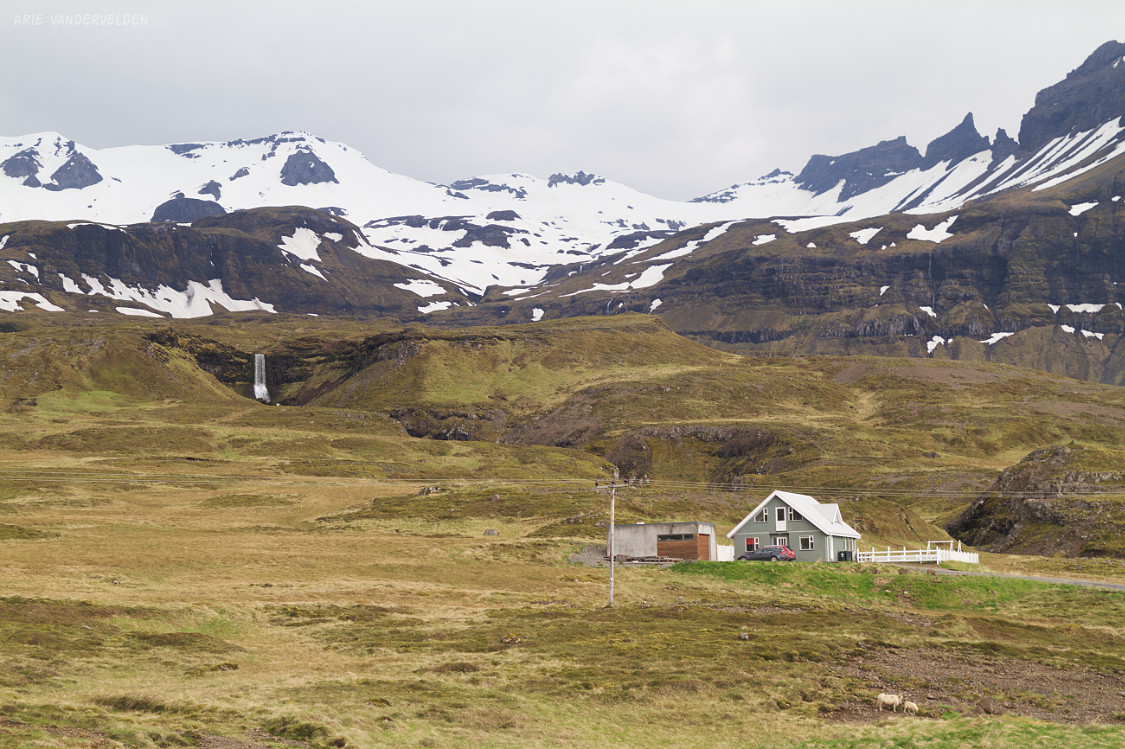 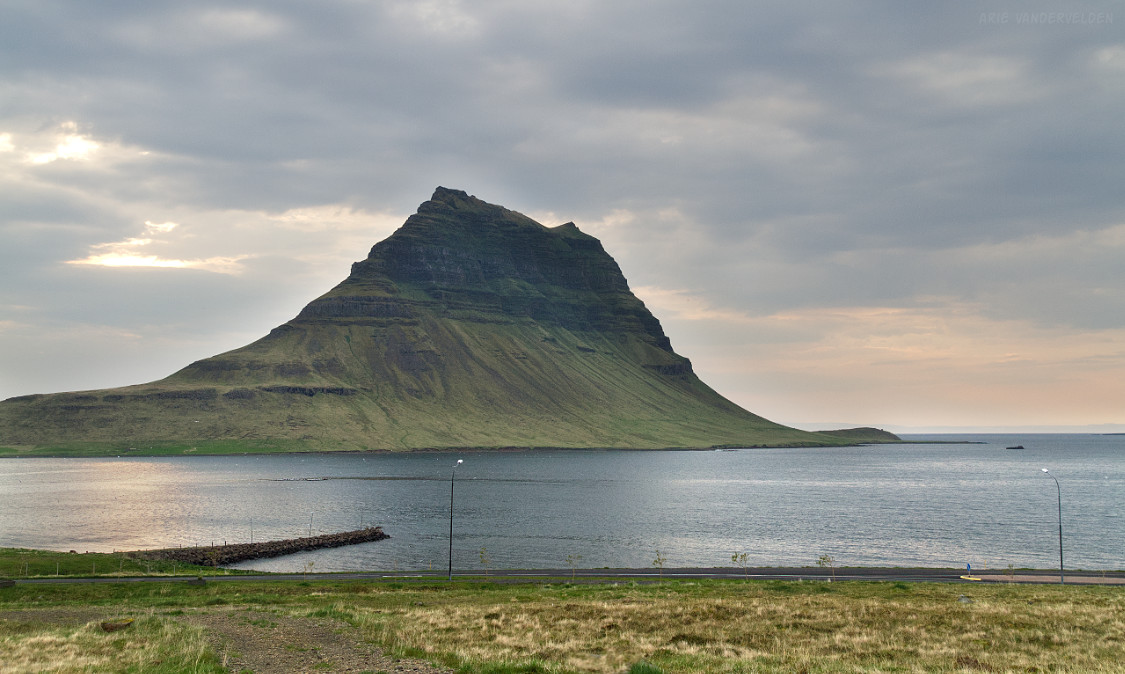 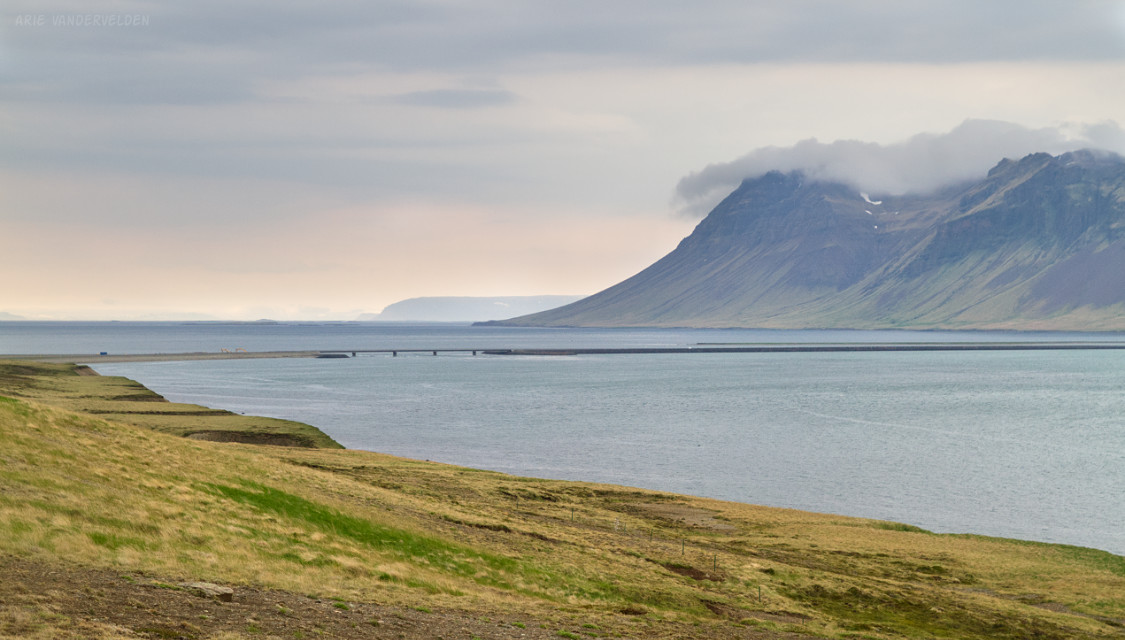 We flew to Keflavik with Iceland Air.  Discount carrier Wow Air seems to have gone bankrupt.

Car rentals in Iceland can be very expensive, if renting from the big international chains.  We decided to give Sadcars a try.  Sadcars is a local outfit that rents out older vehicles.  Our little Volkswagen had a lot of kilometers on it, but it was in good repair.

Iceland’s ringroad (highway 1) is 1332 km long.  It is mostly paved.  We spent 10 days exploring it.  Two weeks would be a more relaxed pace, allowing for more detours.  Some of the roads leading into the interior are very rough and require a high-clearance vehicle or a 4×4.  A good roadmap helps a lot.

Camping in Iceland is a joy.  Be sure to bring a warm sleeping bag. 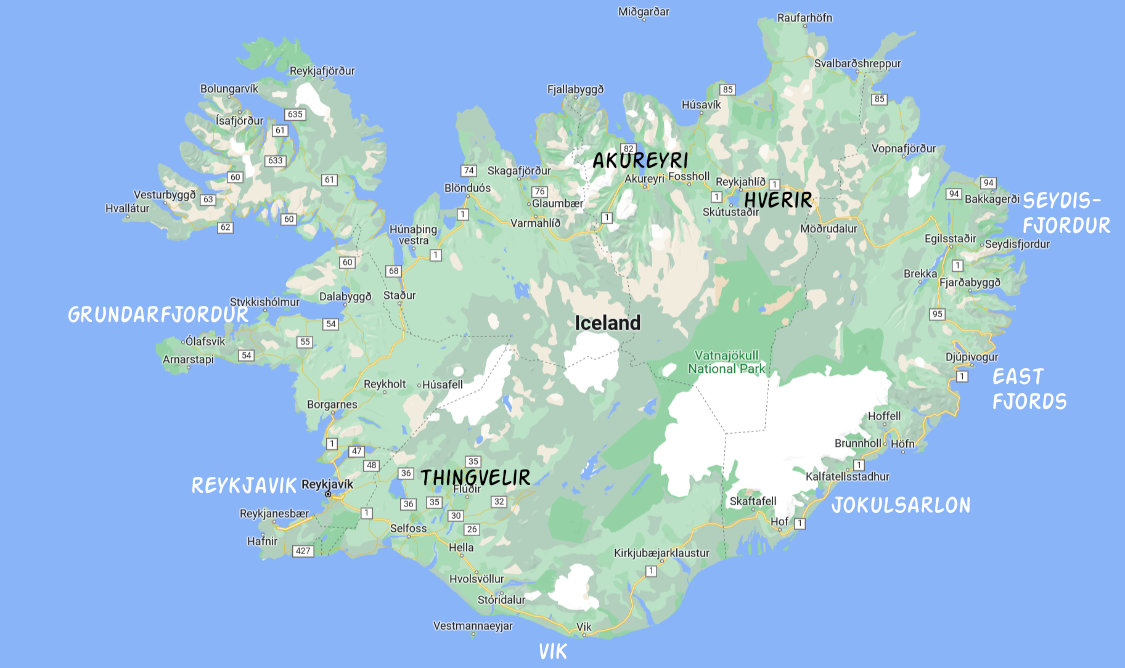 A tour around Iceland: Reykjavik, Thingvelir, and Grundarfjordur