In early September we paddled from MacKenzie Crossing to Bleriot Ferry.  It’s a stretch of the Red Deer River we’ve done many, many times, but I keep coming back to it because it is so beautiful.  The river was very low, with a flux of only 18 m3/s, but the water was wonderfully clear.  We had nice weather the first two days of our run, and on the last day it was cloudy with a stiff headwind.  The days are quickly getting shorter now, and we enjoyed a campfire both nights we’re out.  I had fun photographing the night sky. 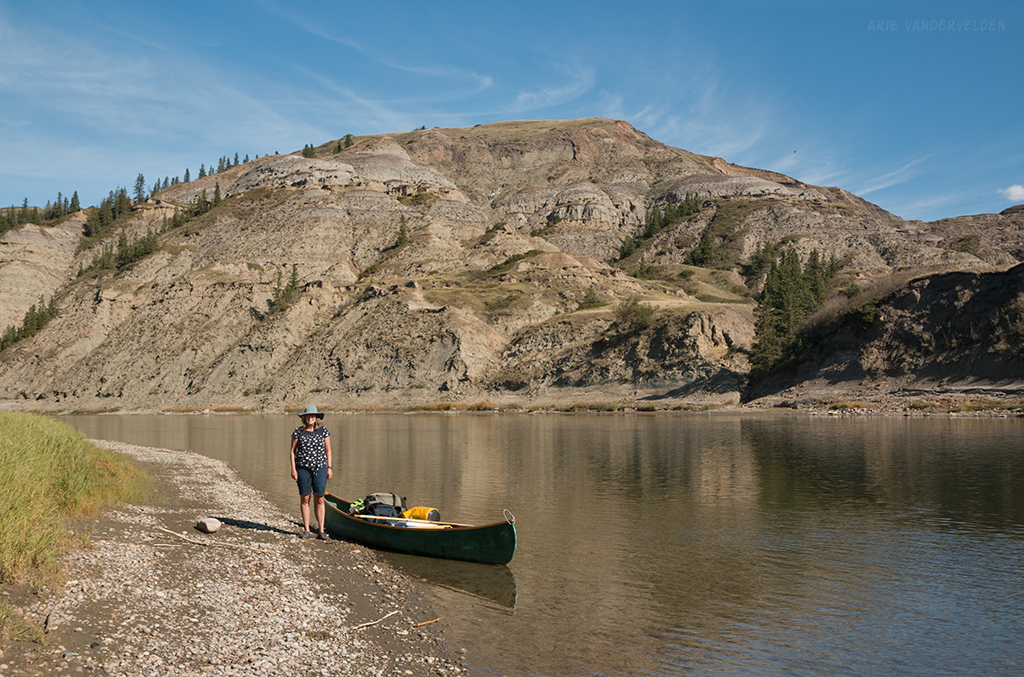 Sitting by the fire at our fist camp. 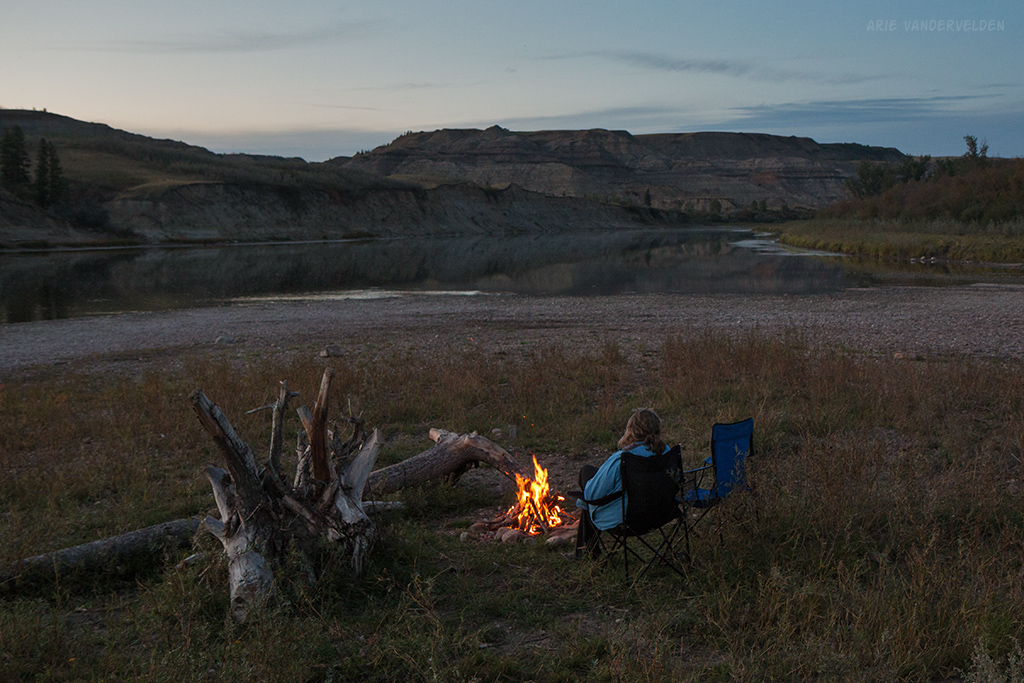 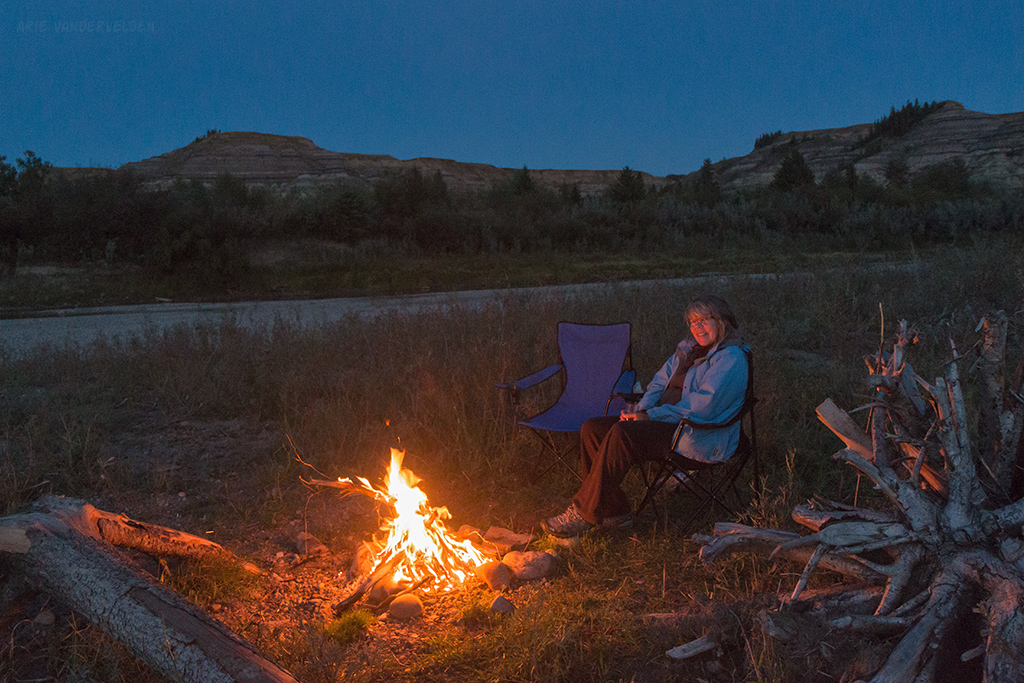 We woke up to cloudy skies. 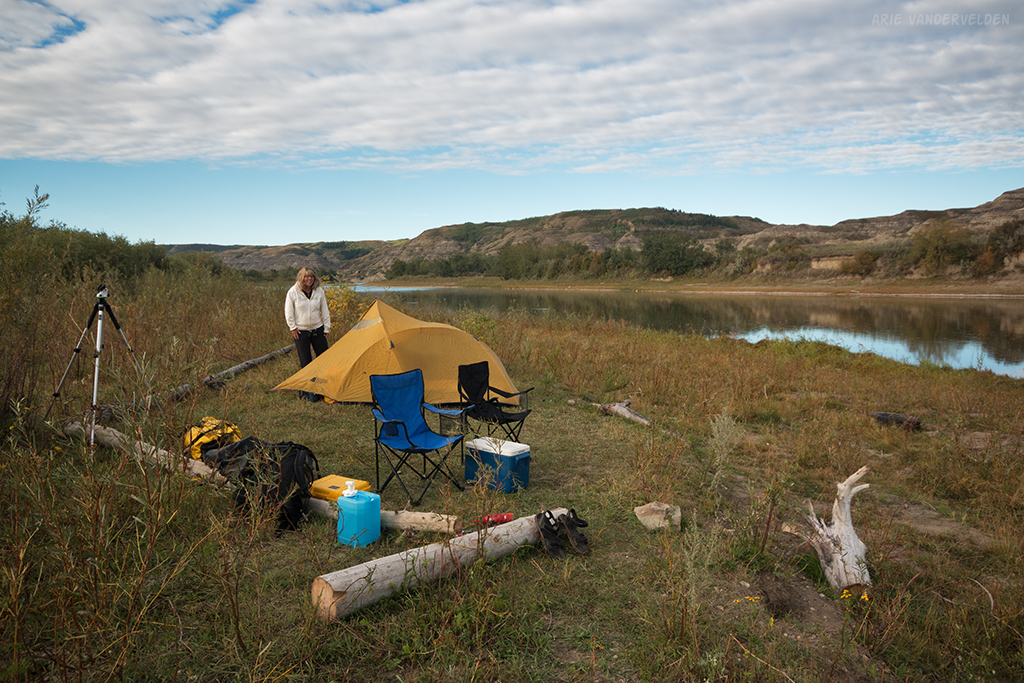 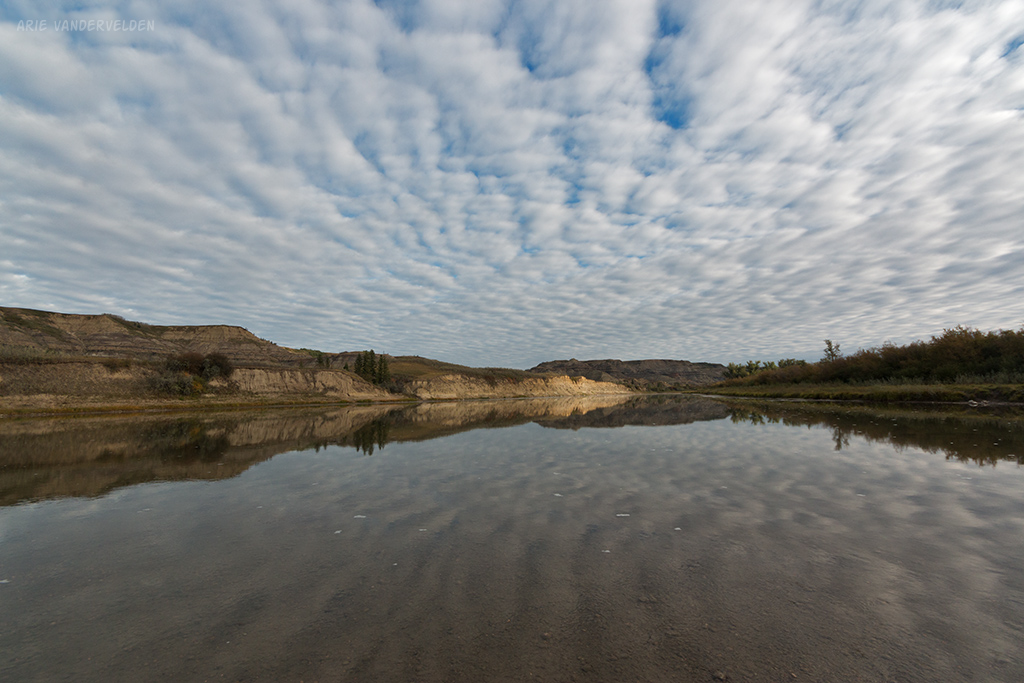 As we were having breakfast the clouds cleared. 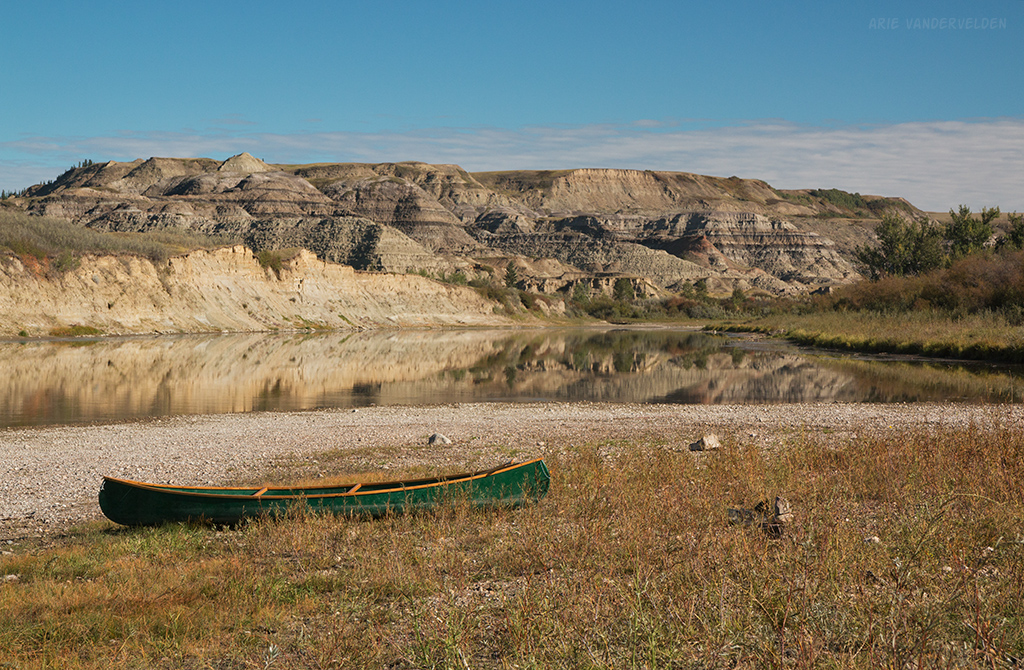 A bird called a Yellowlegs (greater yellowlegs or lesser yellowlegs – I’m not sure – they are hard to tell apart) was wading in the shallows. 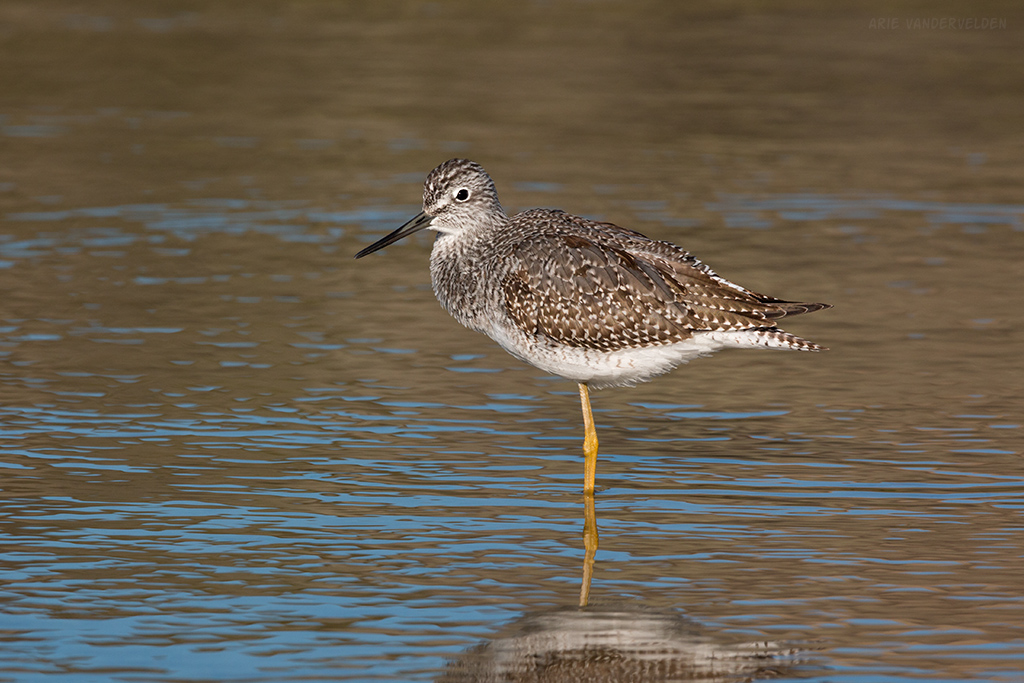 I chased around a Belted Kingfisher and finally managed to get an acceptable photo.  For years I’ve been trying to get a photo of a kingfisher with no success – they are very skittish and they fly away every time I point my camera in their direction. 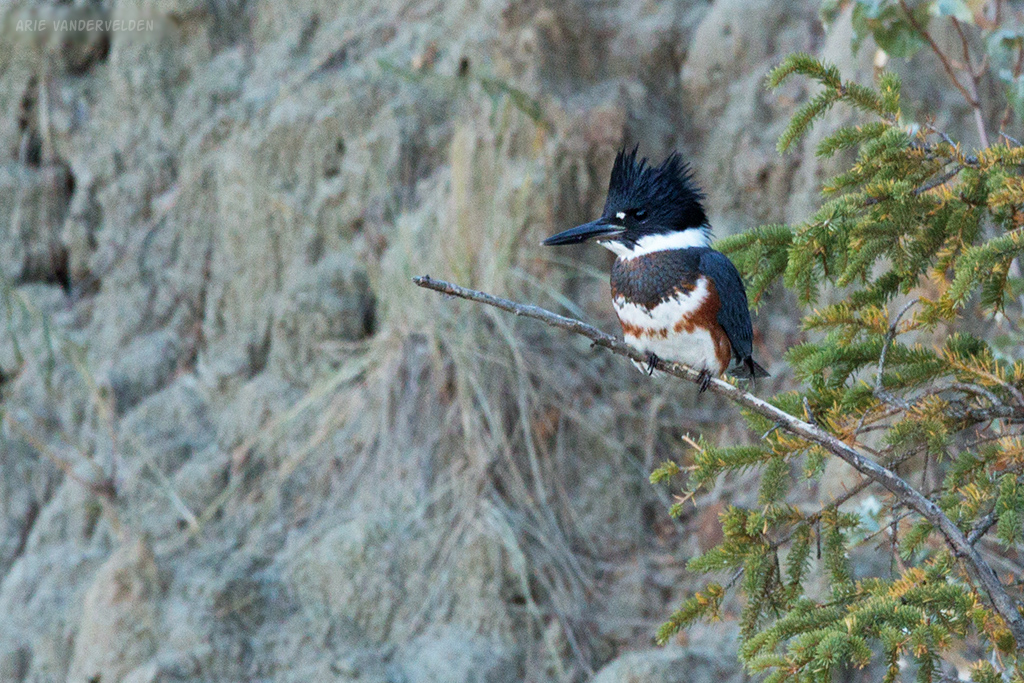 Across the river, a pair of herons was fishing on a beaver den. 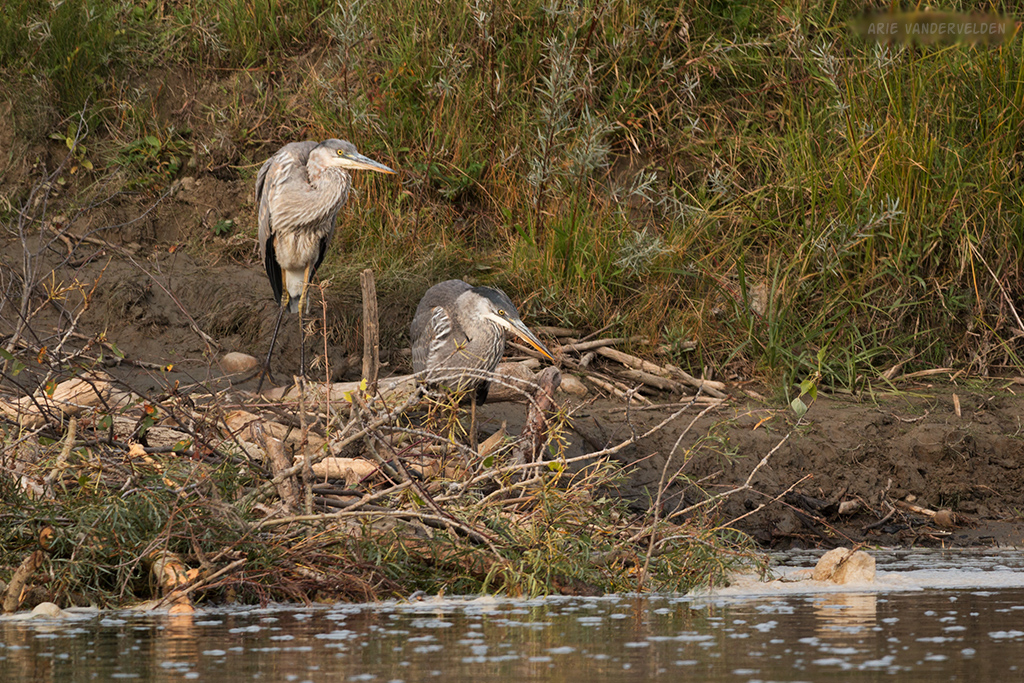 They flew away when they noticed me. 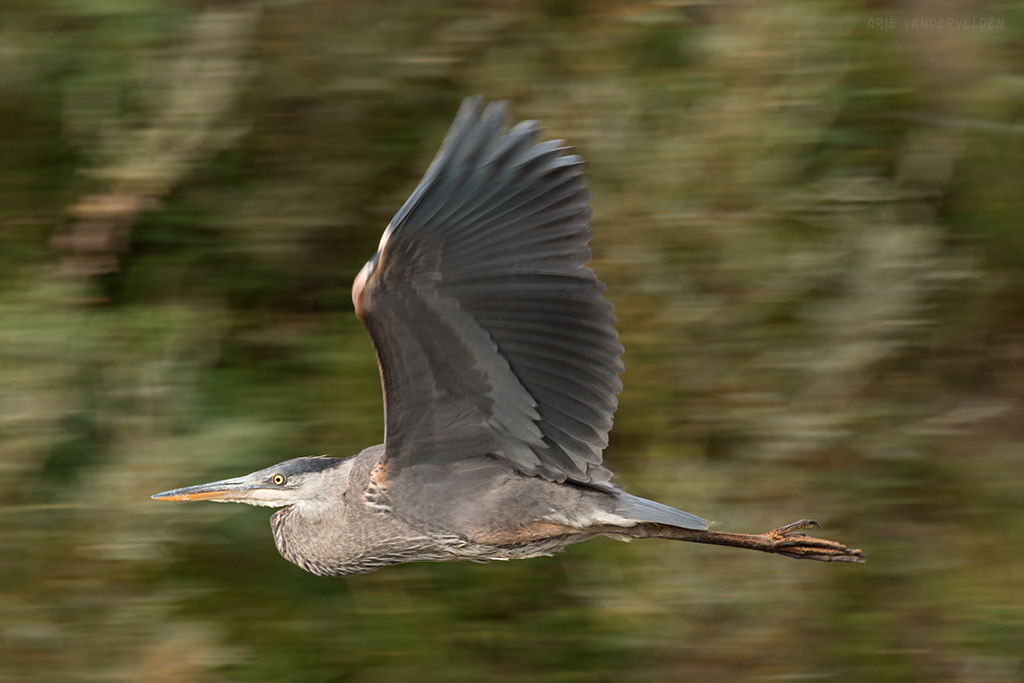 We continued on down the river, stopping every so often to stretch our legs. 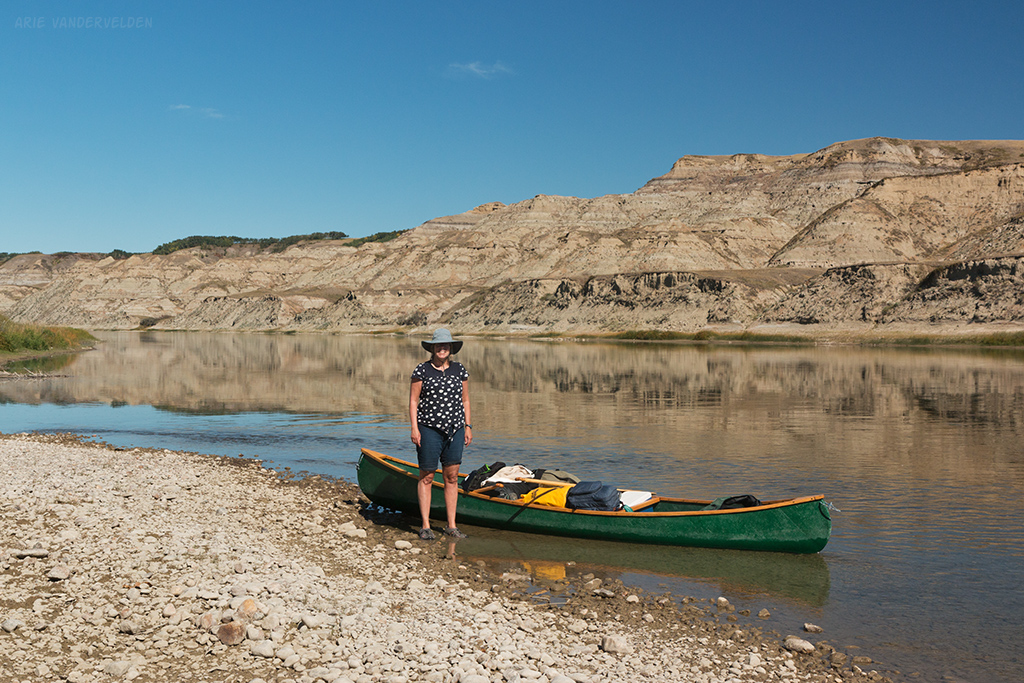 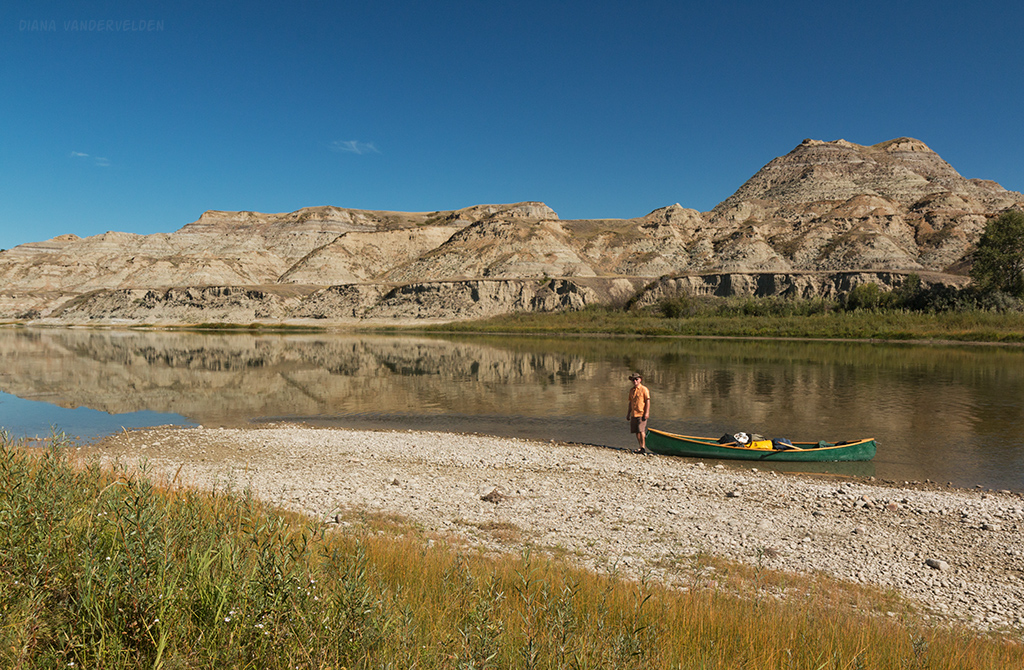 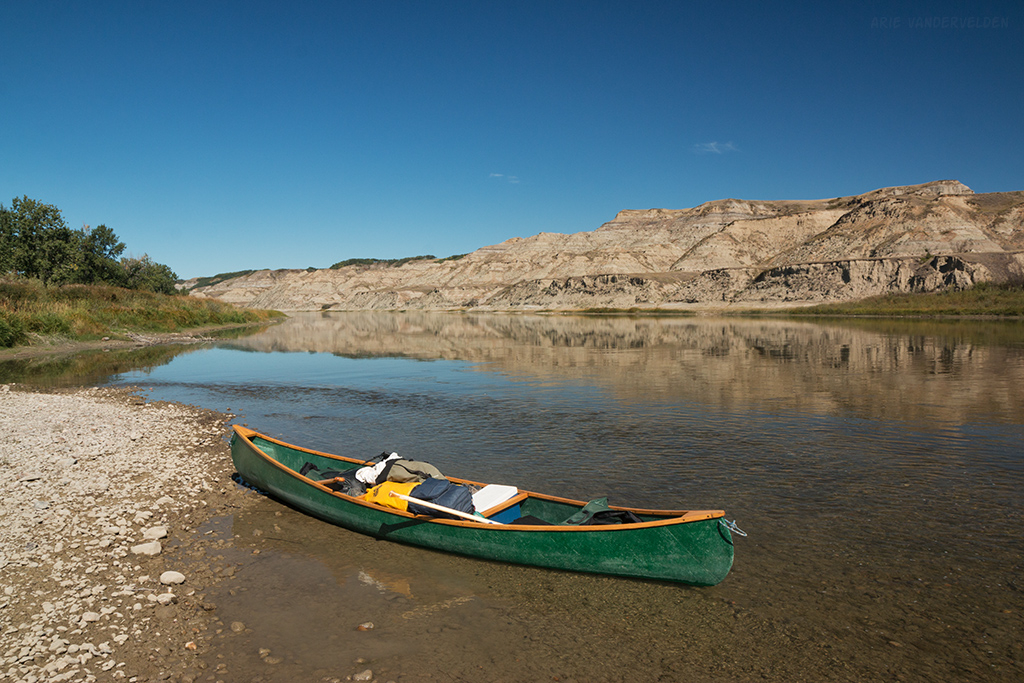 It was a beautiful calm day.  At lunchtime we pulled out our campchairs and admired the scenery. 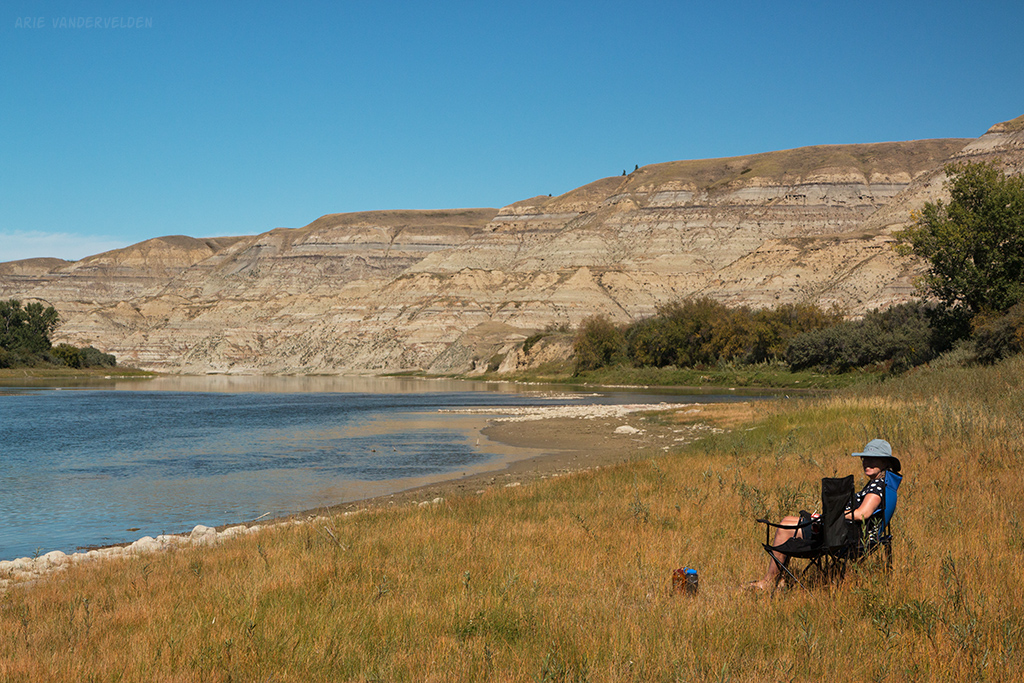 In the badlands, the first hints of fall colours were starting to show.  Fall colours typically peak here in the first week of October. 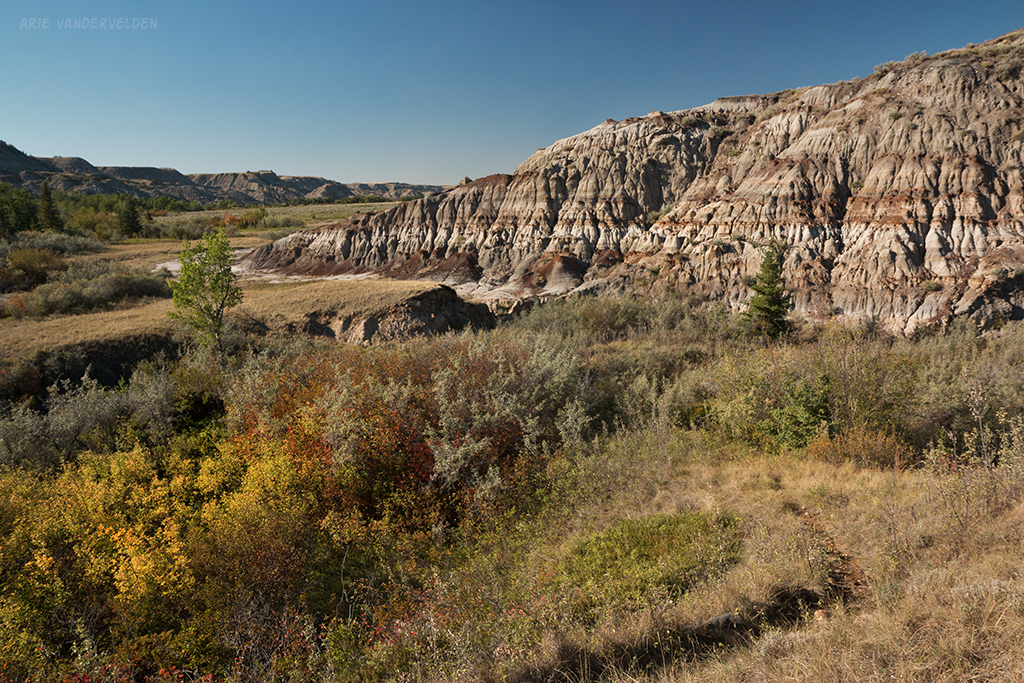 We found a pretty spot to camp just upstream of Morrin Bridge. 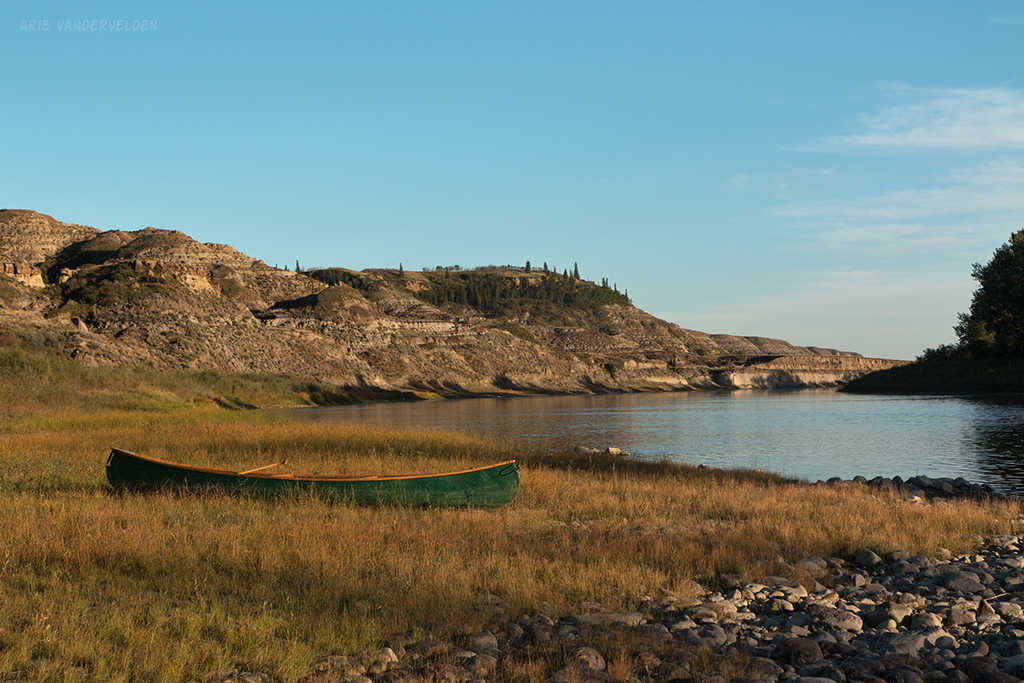 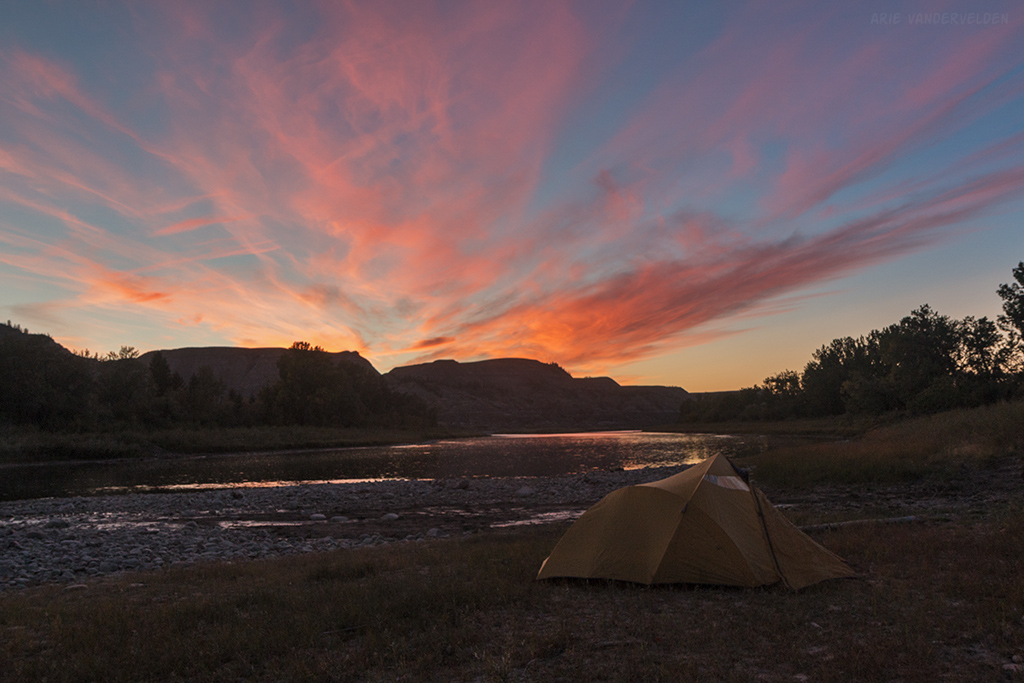 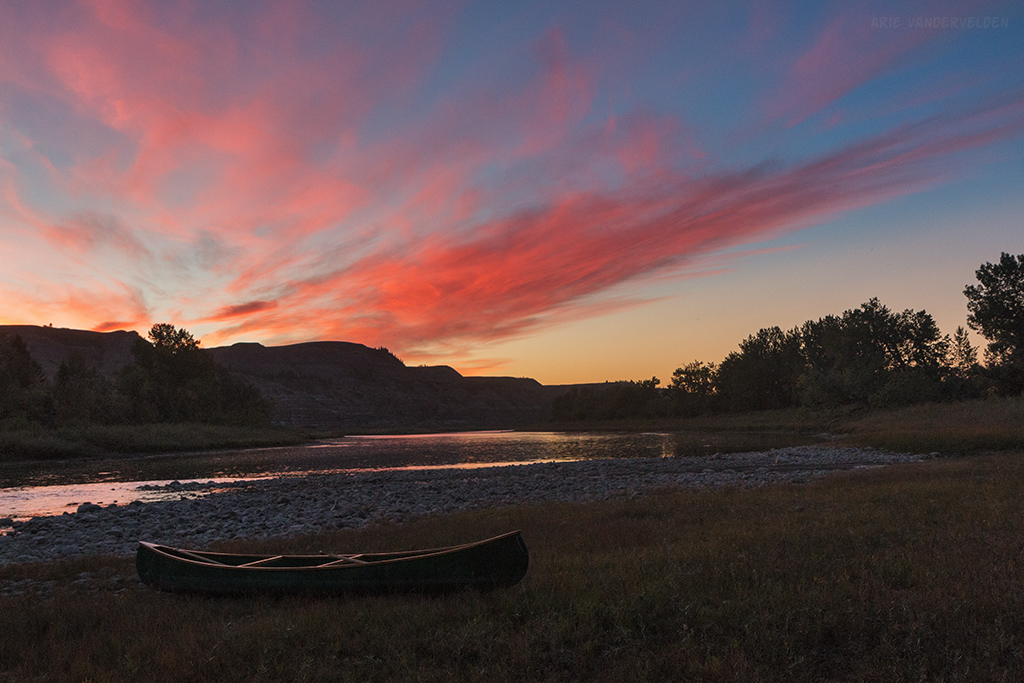 The temperature dropped quickly after sundown.  Time for a campfire and some marshmallows for desert. 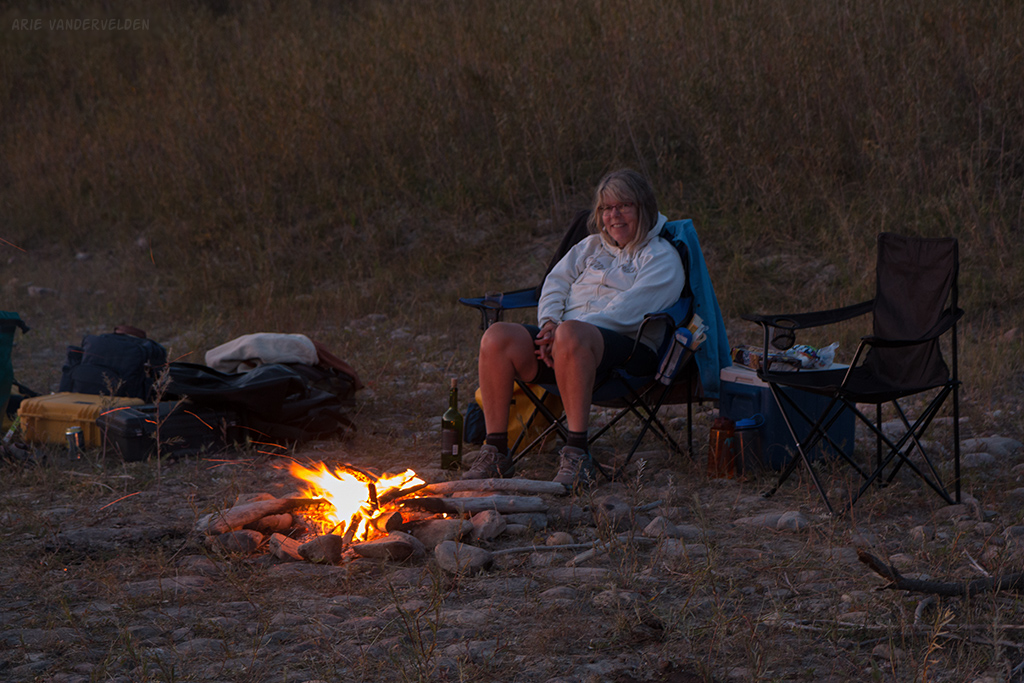 Diana reading in the tent after sundown. 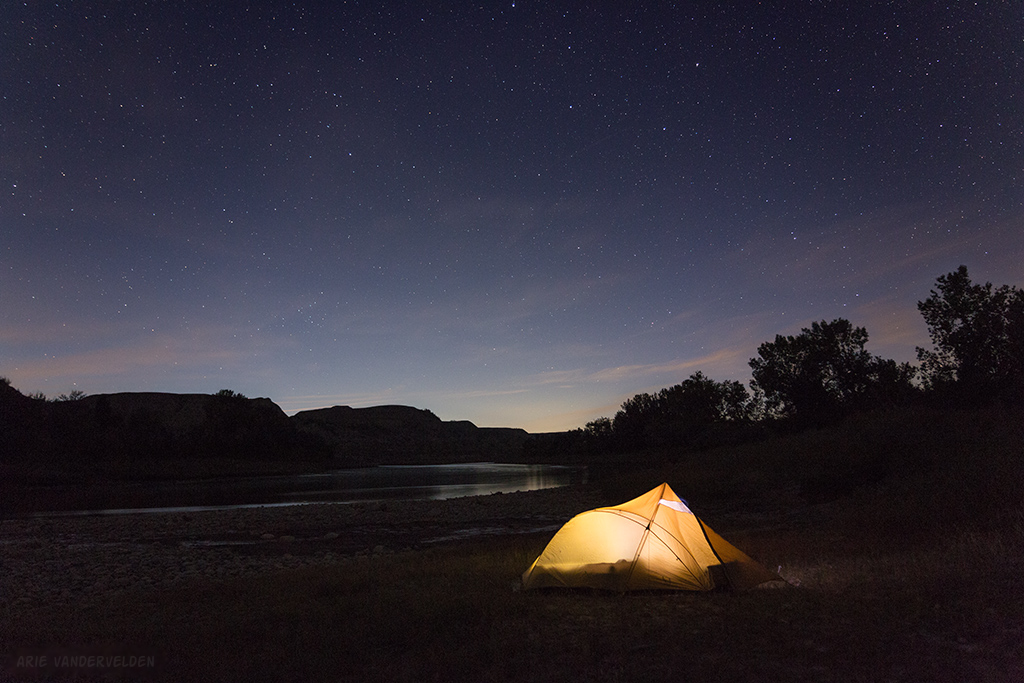 I headed off into the badlands to photograph them with the night sky. 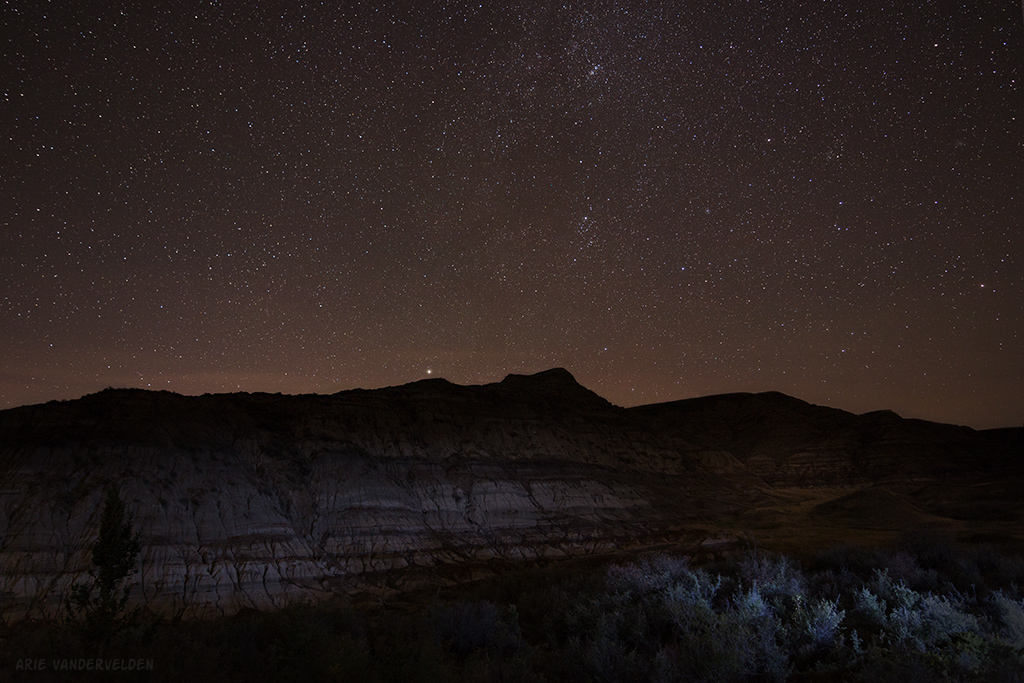 These views are in the direction of the constellation Andromeda. 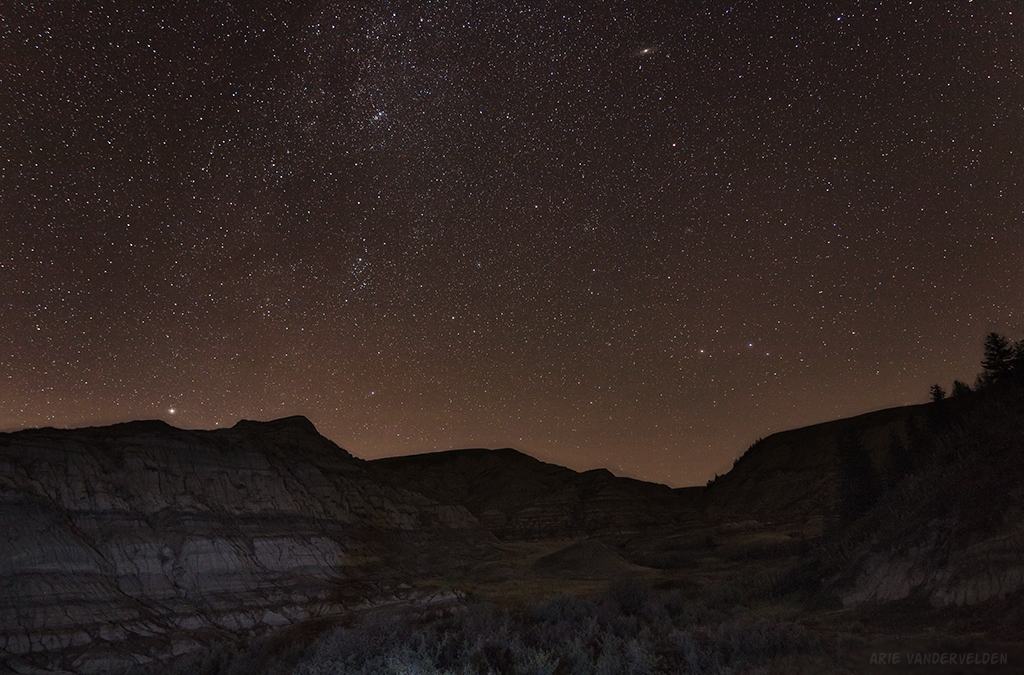 Coming back to camp I noticed the Big Dipper had rotated right over top of the tent.  I set up my star tracker for one more shot.  The bright star on the left is Arcturus. 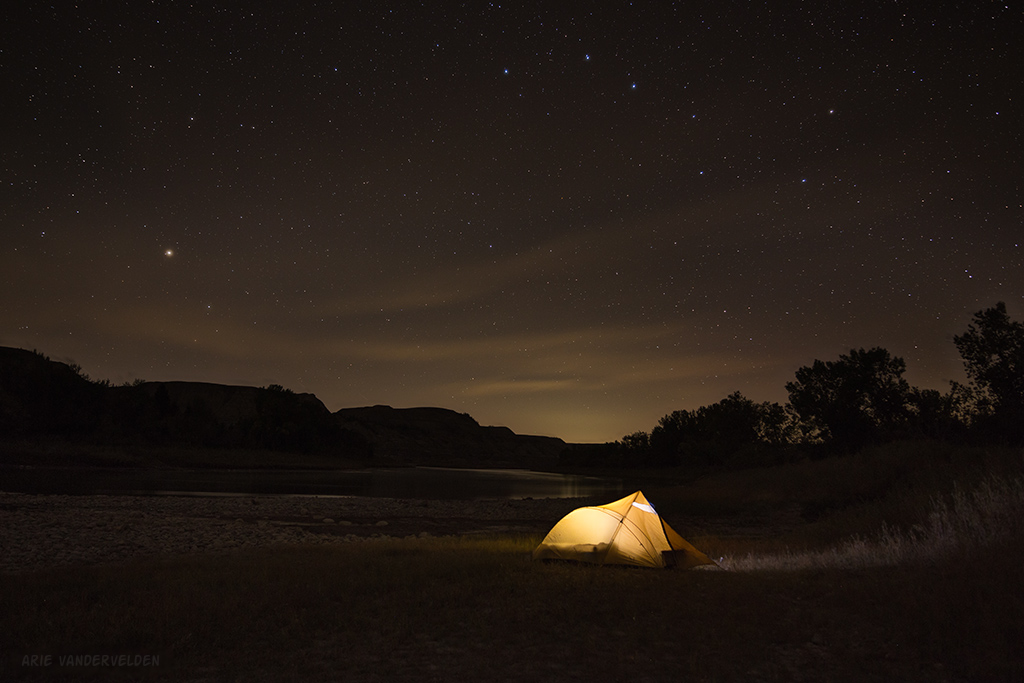