In May-June of 2022 we drove an RV to the Oregon Coast.  The RV belongs to my parents, who graciously let us borrow it.  This trip was our first one across the border since 2019.  We began our trip at my parents’ place near Kimberley, BC. 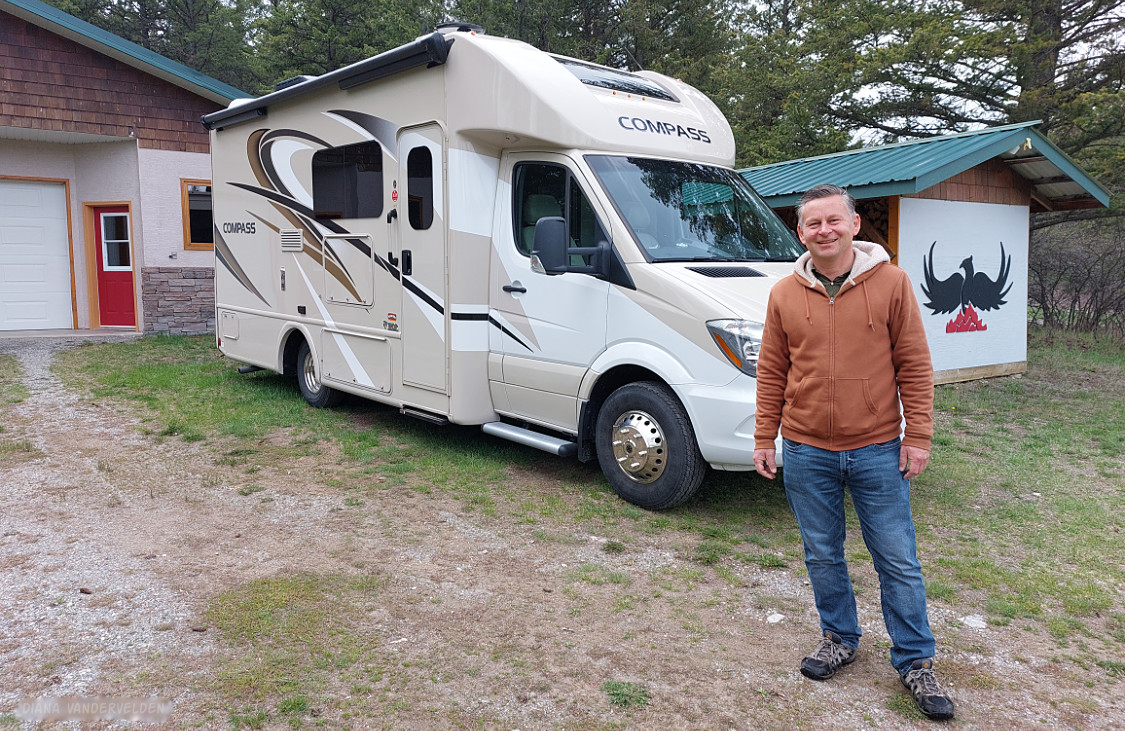 On our first day we crossed the Canada-US border at Kingsgate, and drove to Sprague via Coeur d’Alene and Spokane.  Formalities at the border were limited (“have a nice time”) and we made good progress.

Sprague RV park is located on the shore of Sprague Lake in a stand of large cottonwood trees.  We had the place to ourselves.

There were a lot of birds here: American White Pelicans, Canada geese, a Bald Eagle, Song Sparrows, and lots of Yellow-headed Blackbirds. 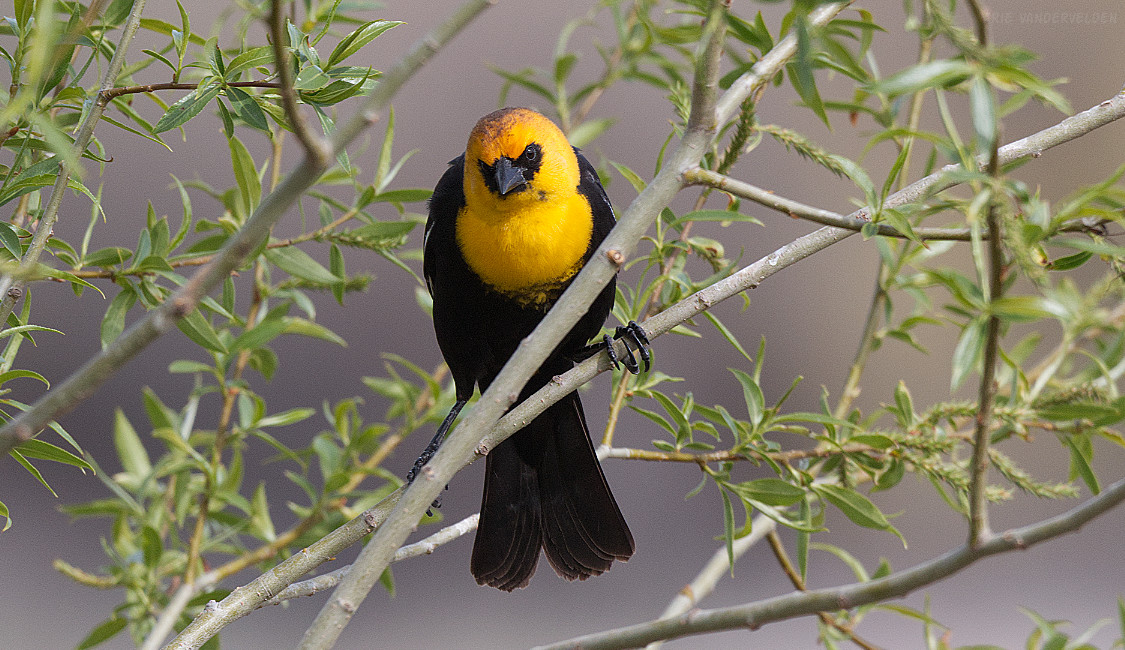 While the birding is nice, the real reason to come to Sprague is the antique trucks.  They are scattered about the town in vacant lots.  The collection belongs to Dave Jones, who is passionate about preserving these old vehicles.  Here is a Chevrolet. 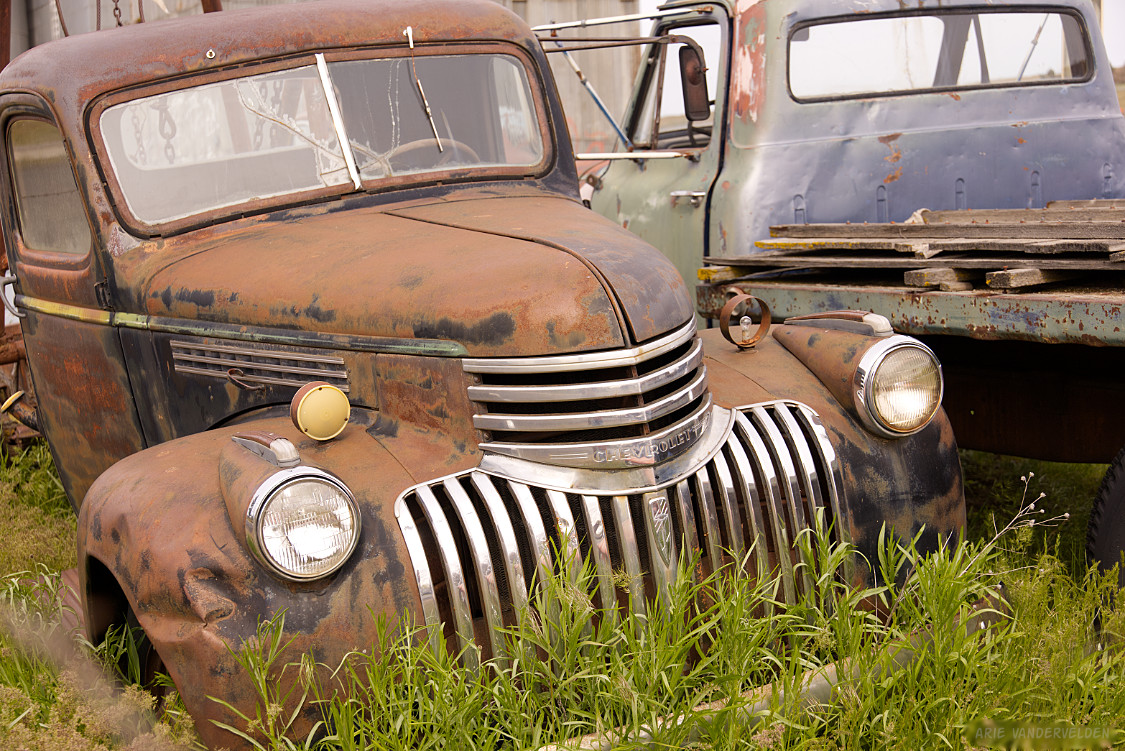 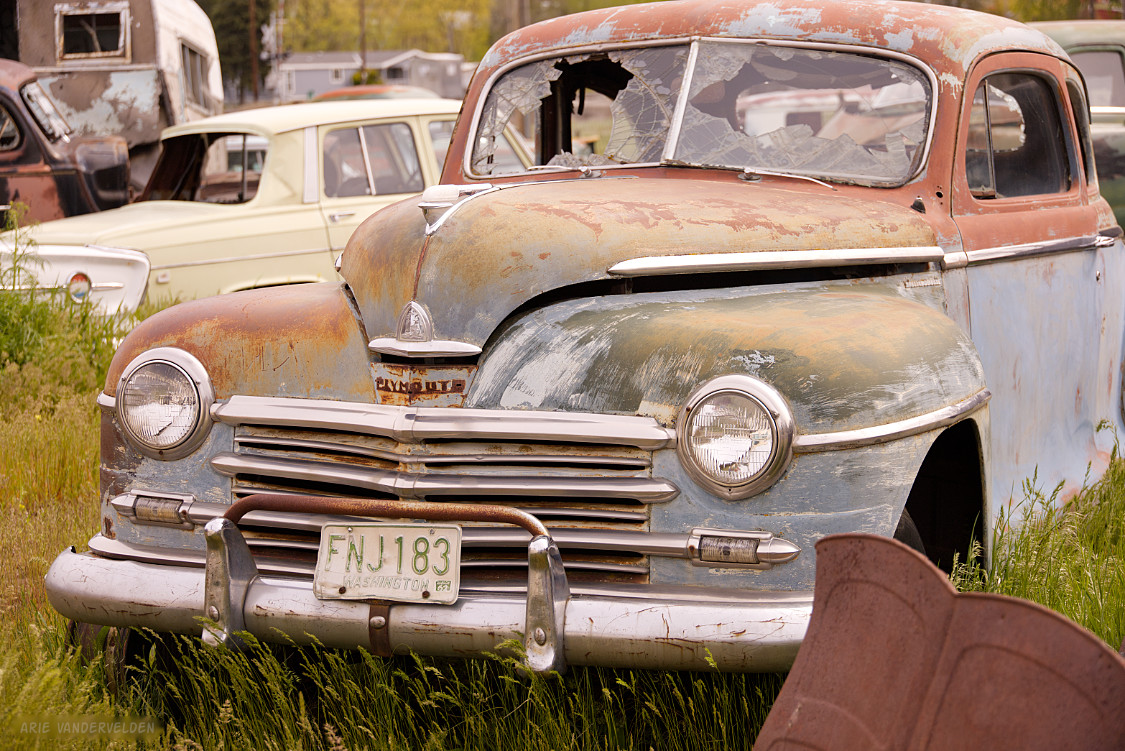 Most of the trucks have a split front window.  I’m no expert at dating old vehicles, but the split-window design indicates that most of these vehicles date from the 1940s through the early 1950s.  Here are some Dodges. 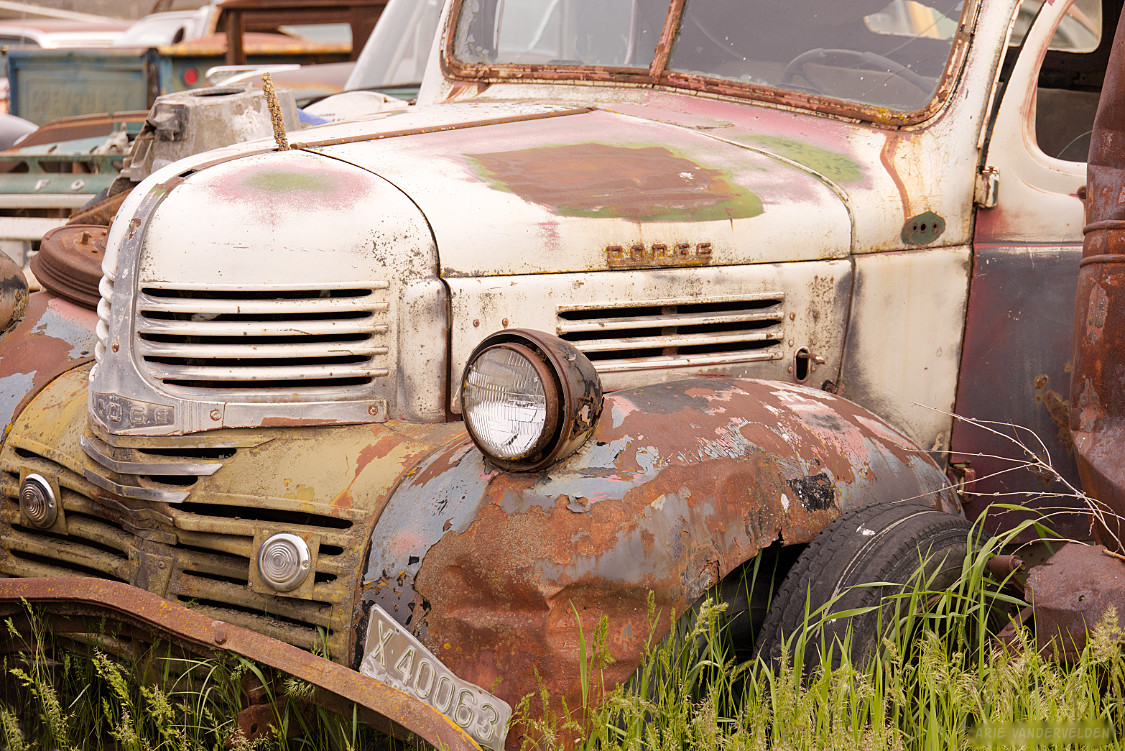 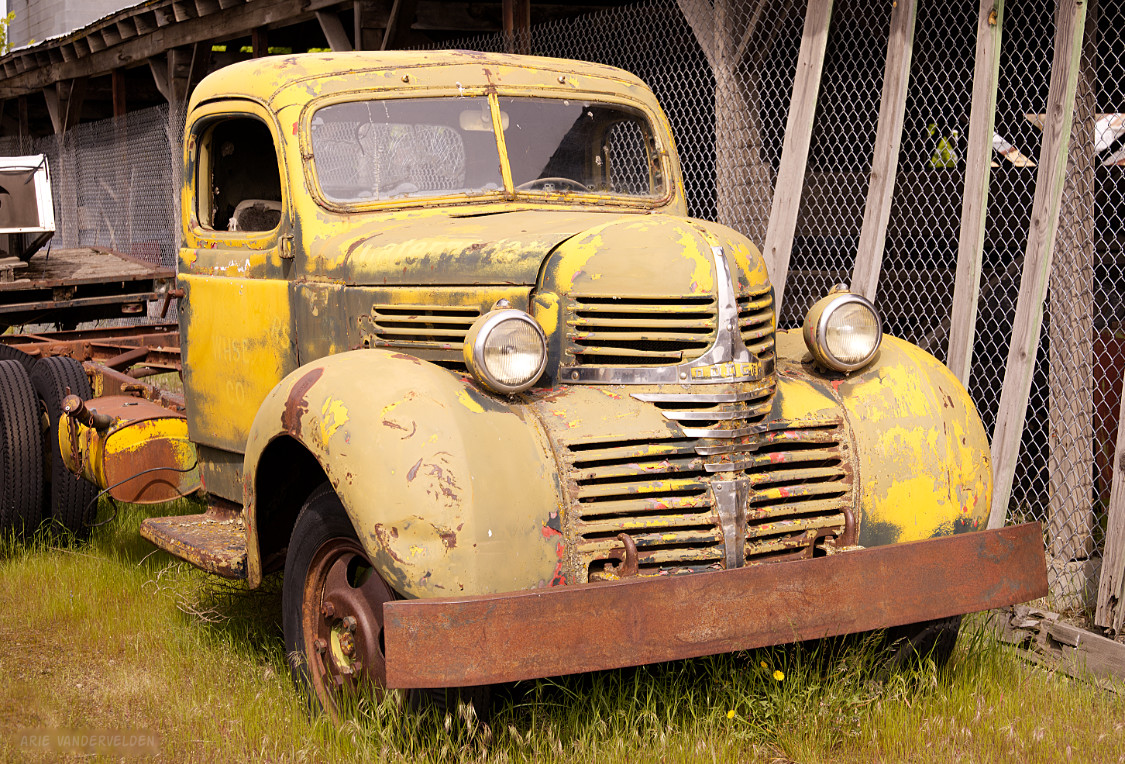 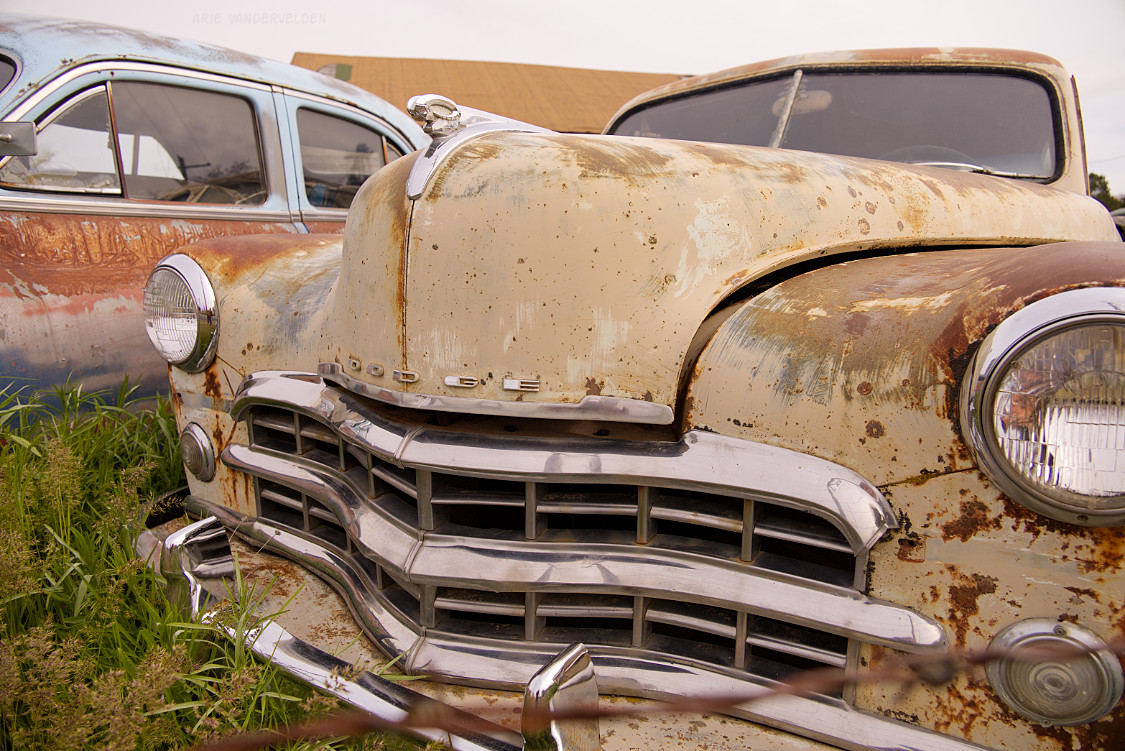 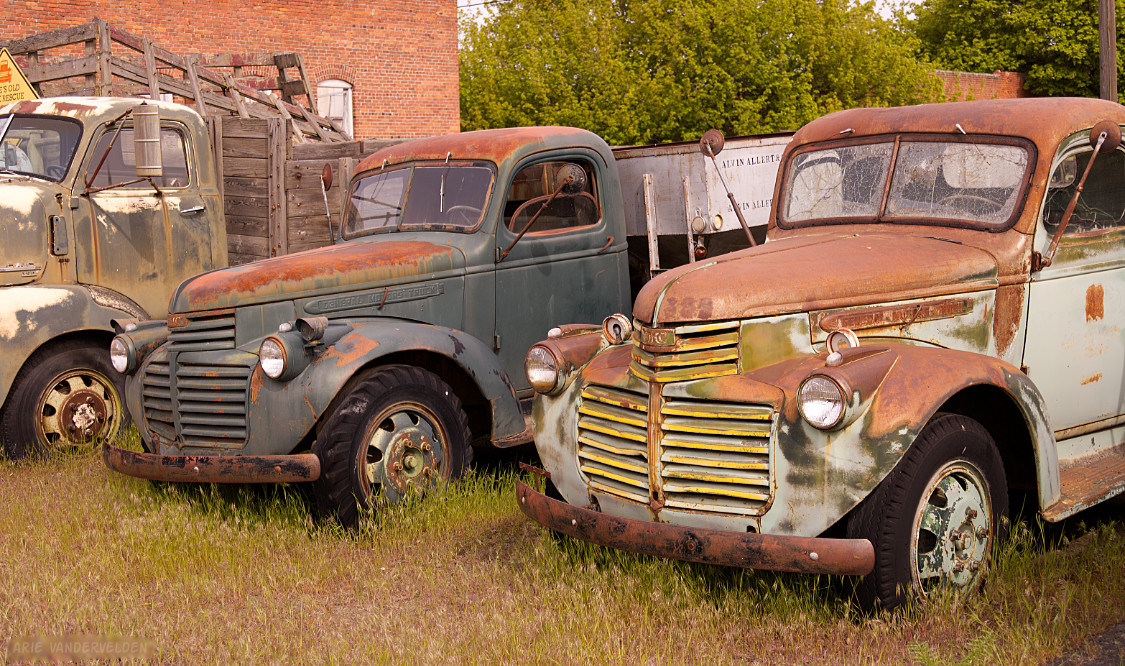 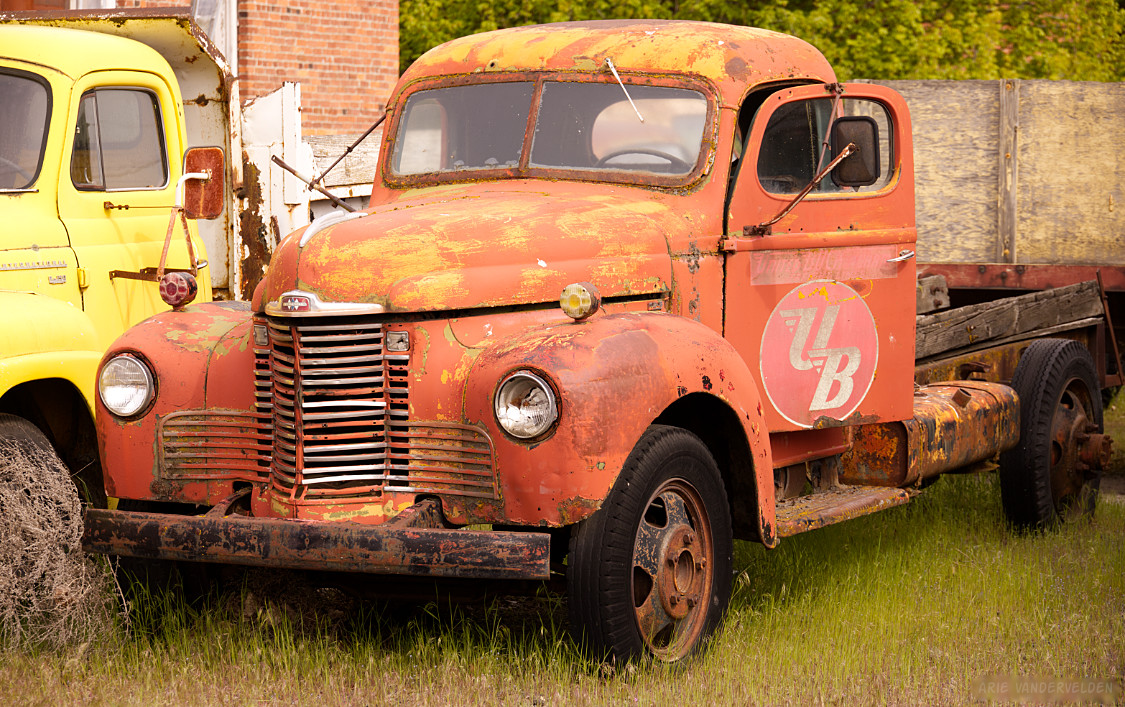 There are lots more trucks, and I had fun taking pictures.  Sprague itself has the same faded-glory looks as the trucks.  Most of the shops are boarded up, the buildings are dilapidated, and the paint from old advertising signs is peeling away.  A few people are trying to make a go of it, though. 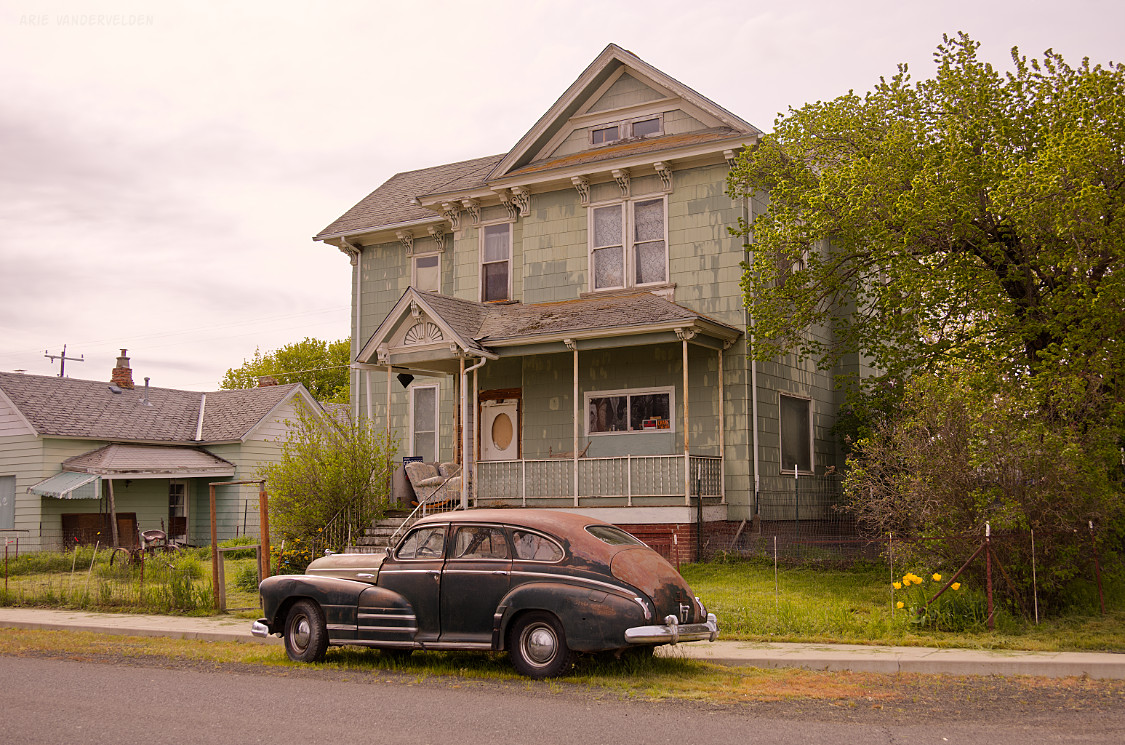 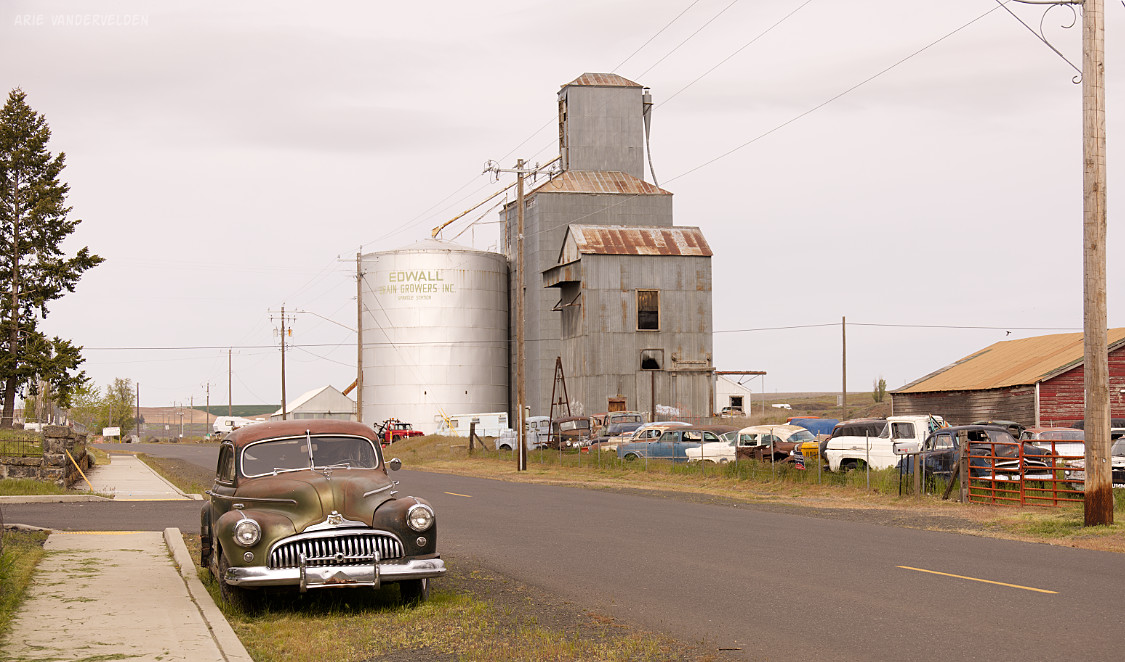 Cremo cigars, barber shop and baths.  This is what a cowboy needs after a week out on the range. 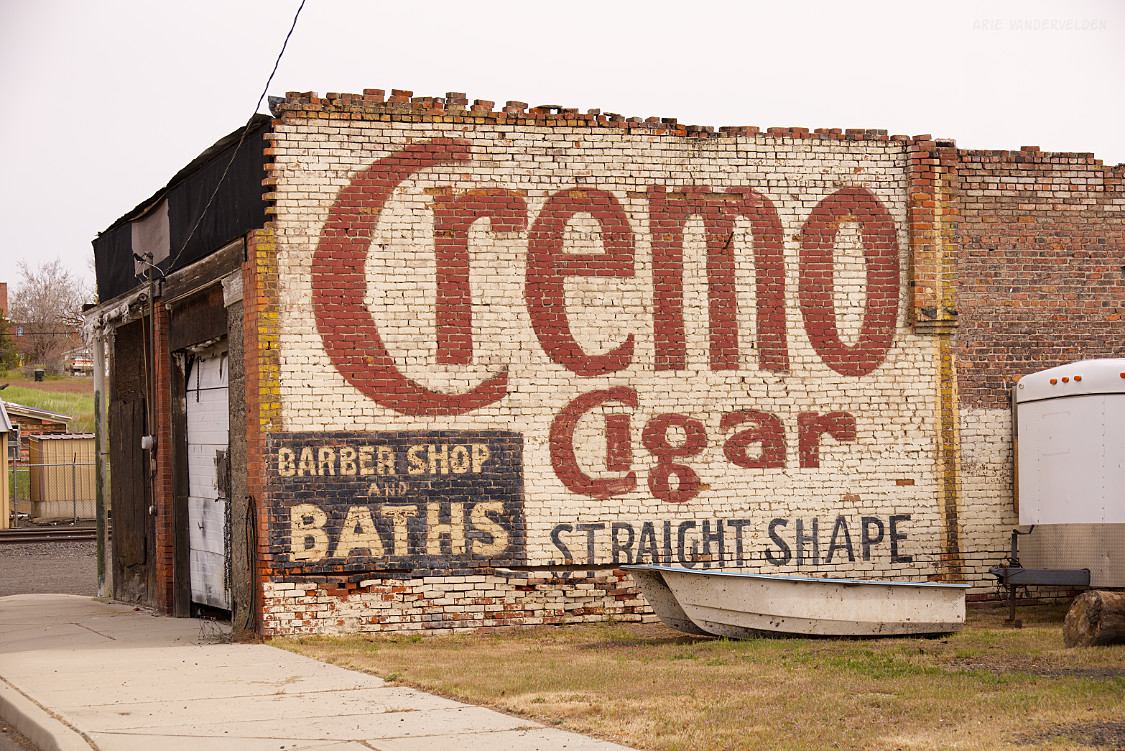 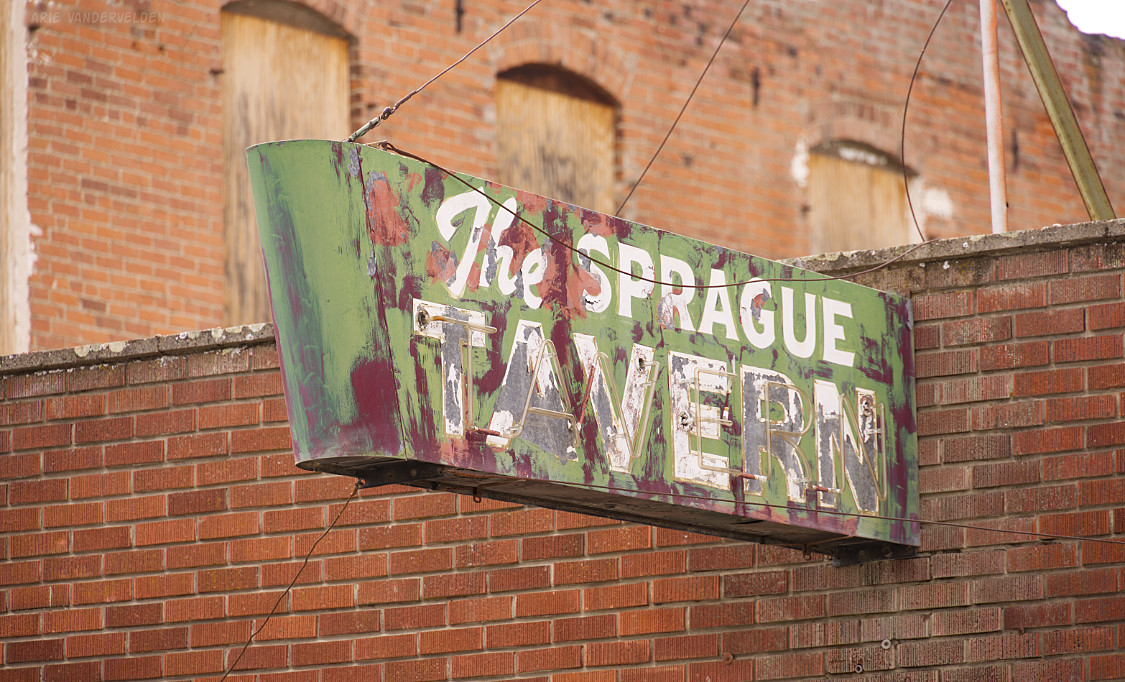 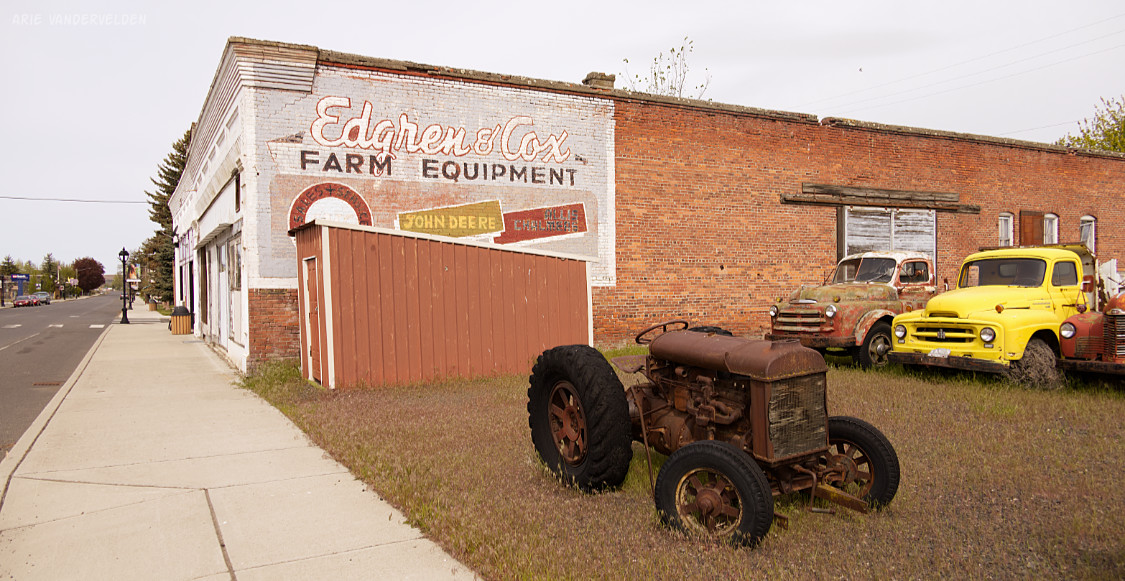 From Sprague we drove south, to the Pasco-Kennewick area, and then we took the road west on the north side of the Columbia River.  The highway on the south side of the river is a four-lane trucking route, which is probably quicker, but we enjoyed the smaller road winding its way through some Washington vineyards. 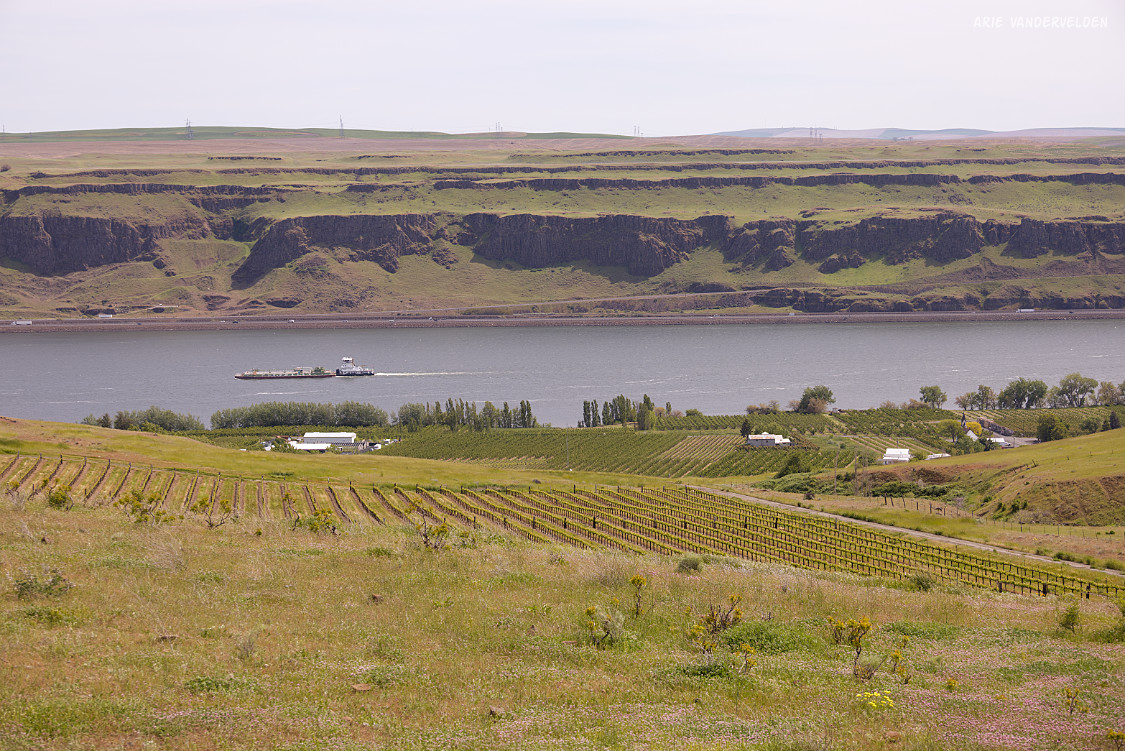 The geology in this area is dominated by the Columbia River Basalts.  In the Miocene, a huge outpouring of lava blanketed a good chunk of Washington and Oregon, covering up the earlier Cordilleran geology.  The basalt flows can be seen as distinct flat layers in the landscape. 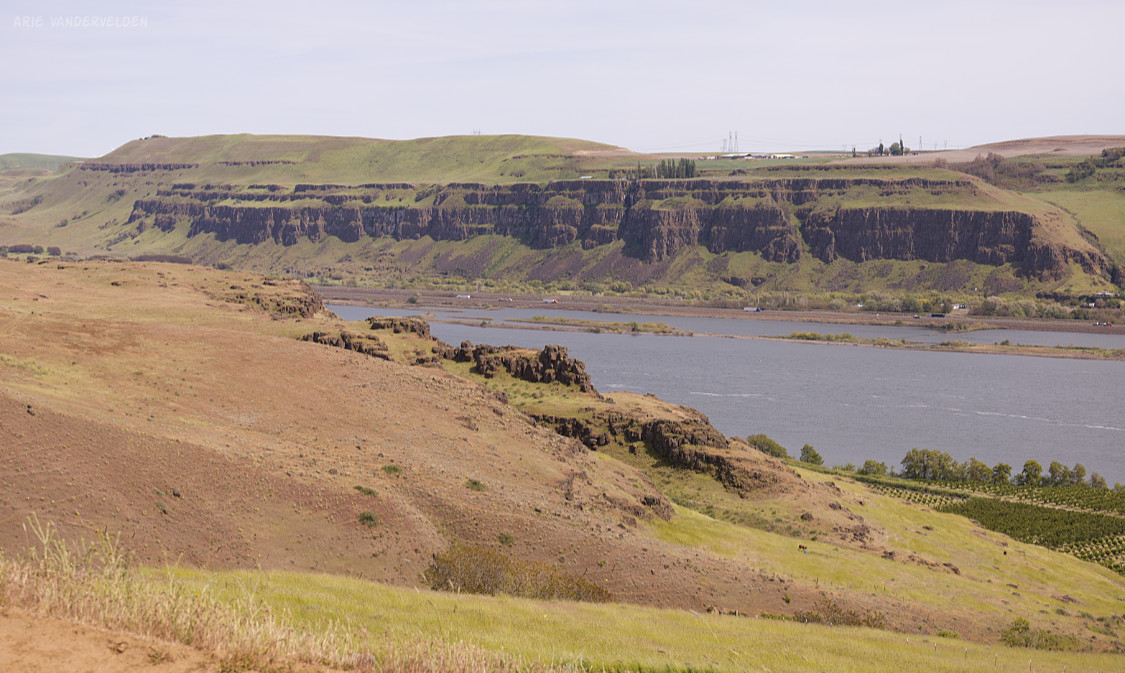 In the distance we could see Mount Hood, one of the stratovolcanos above the Cascadia subduction zone. 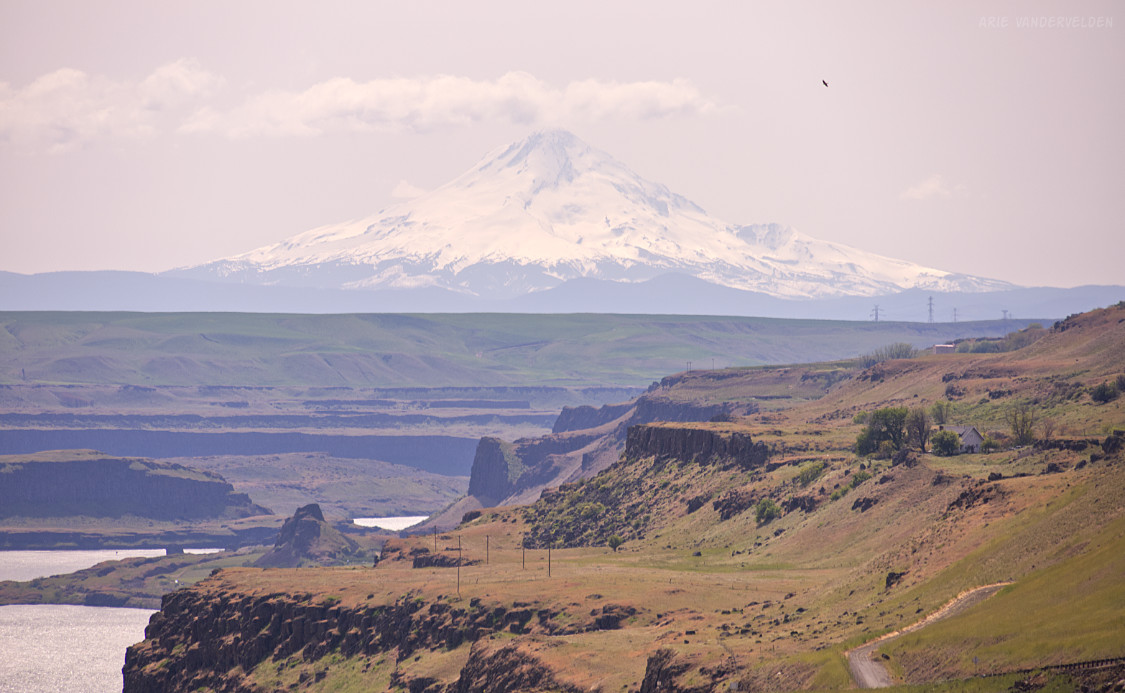 We camped at Horsethief Lake, in Columbia Hills historic state park.  We celebrated happy hour with some local wine and snacks.  Our site overlooked the lava flows. 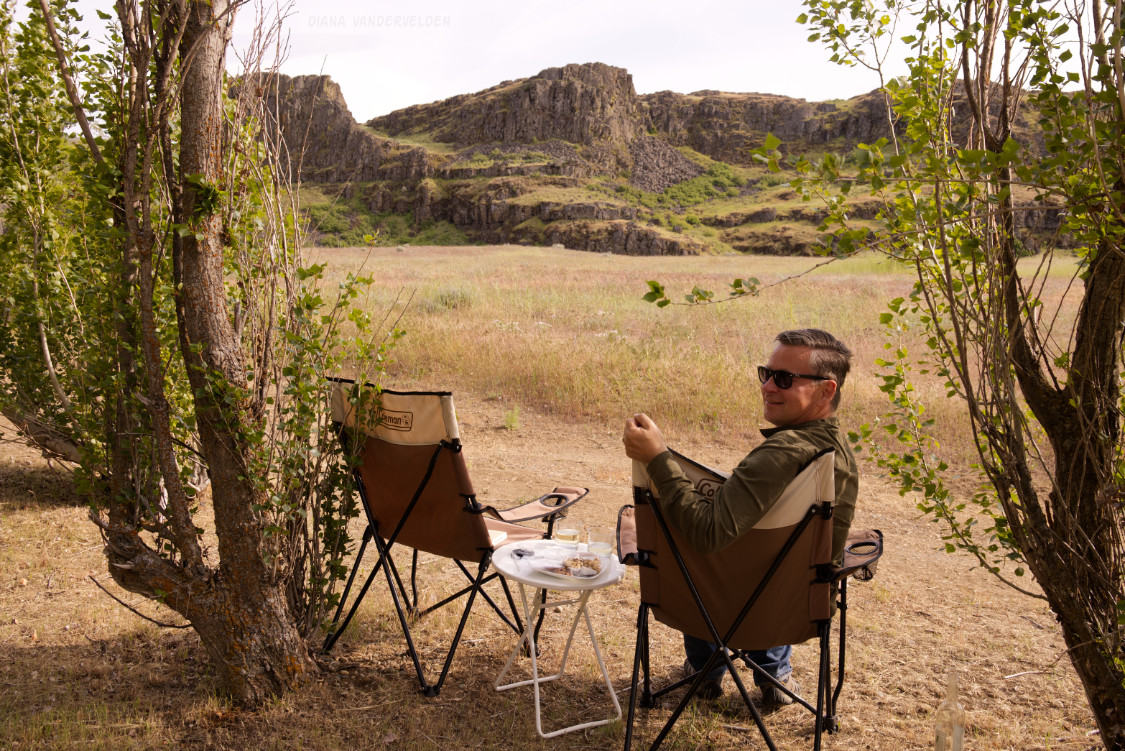 On the way back we camped at Home Valley, closer to Portland.  It’s a lovely spot, but trains come through every half hour, all night long, and they blast their horns three times each time they pass.  The tracks were only about 20 m from the campsite.  We did not get much sleep. 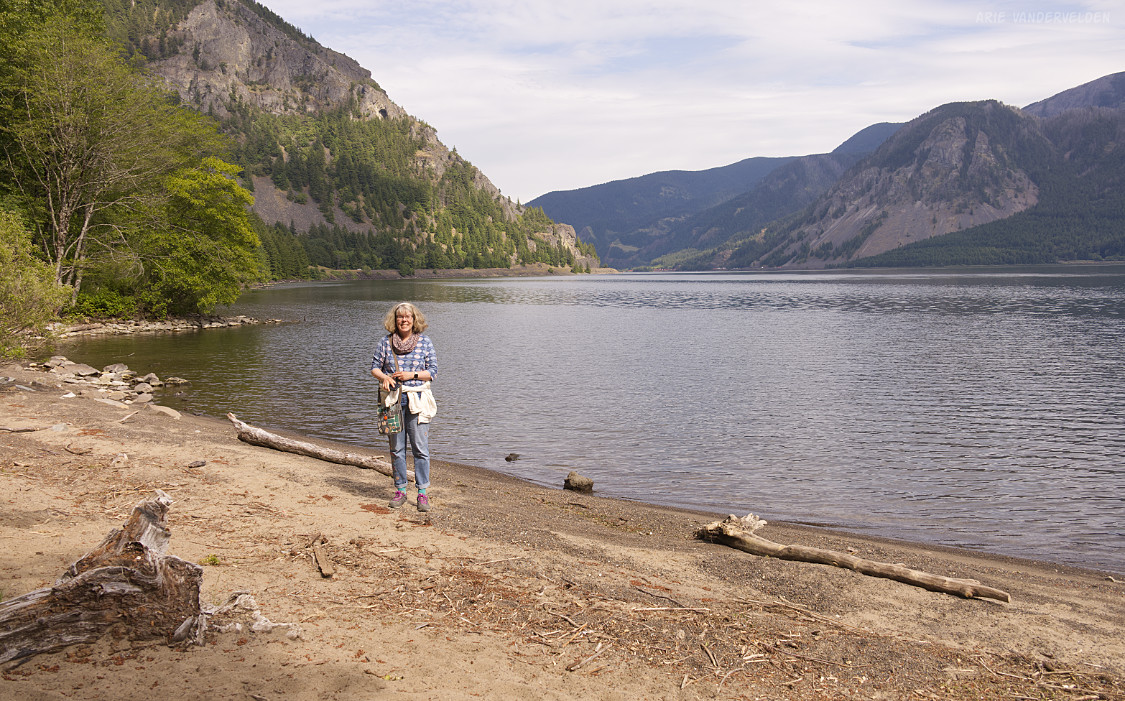 This bird is called a Spotted Towhee, and it has a nice song.  Home Valley. 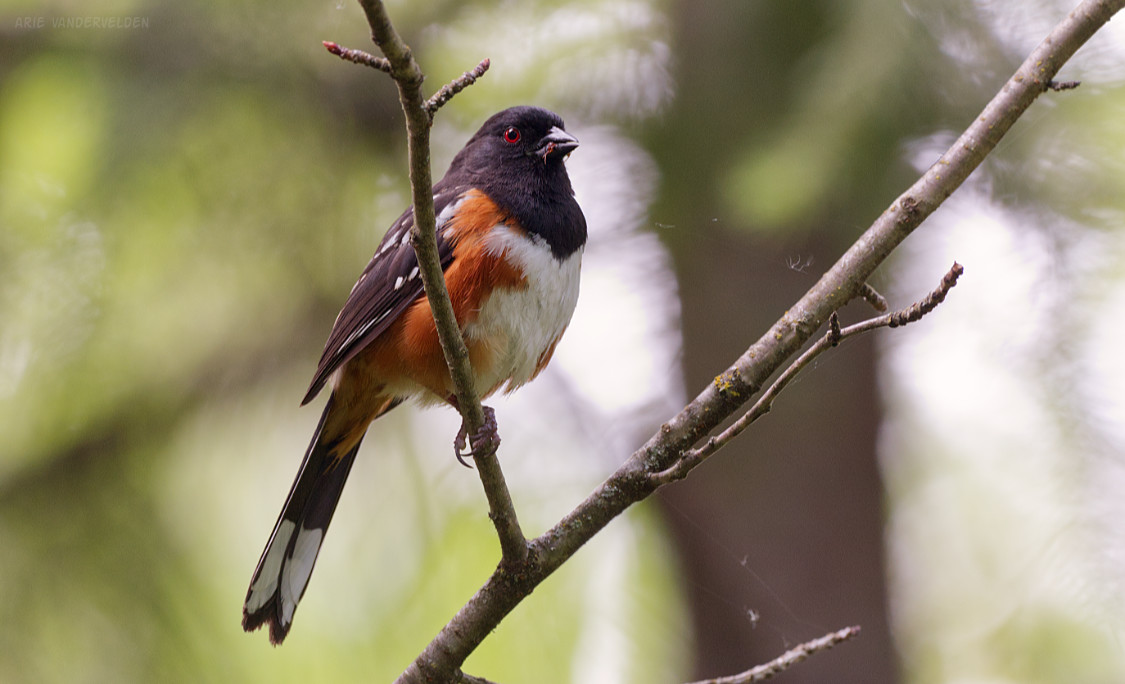 The California Poppies were blooming in the ditches. 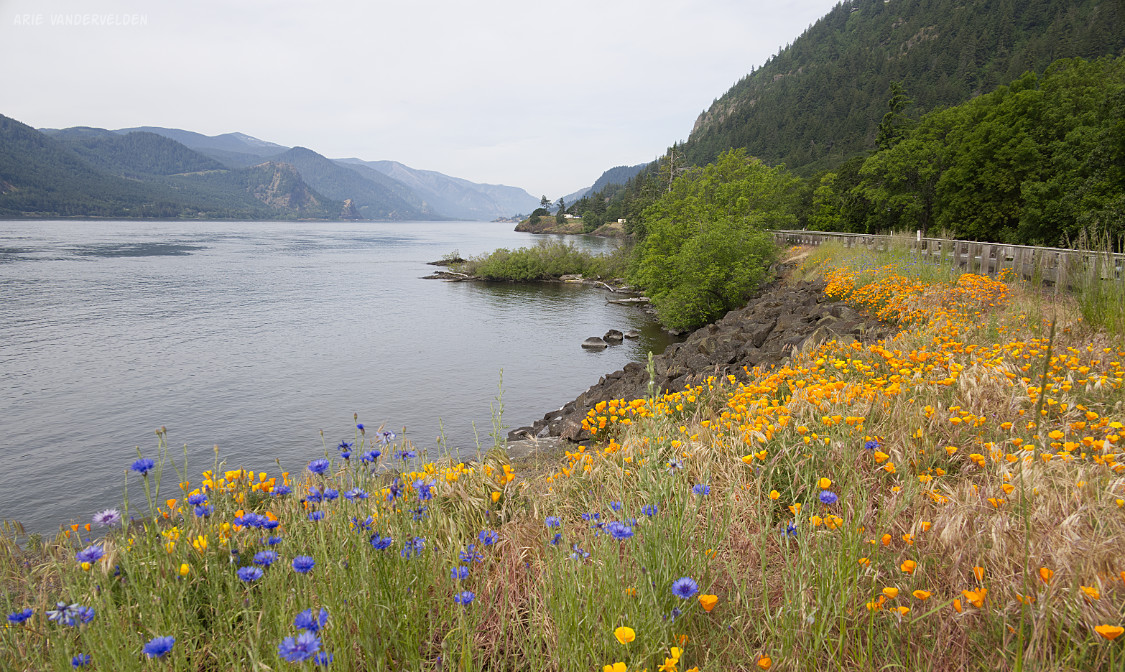 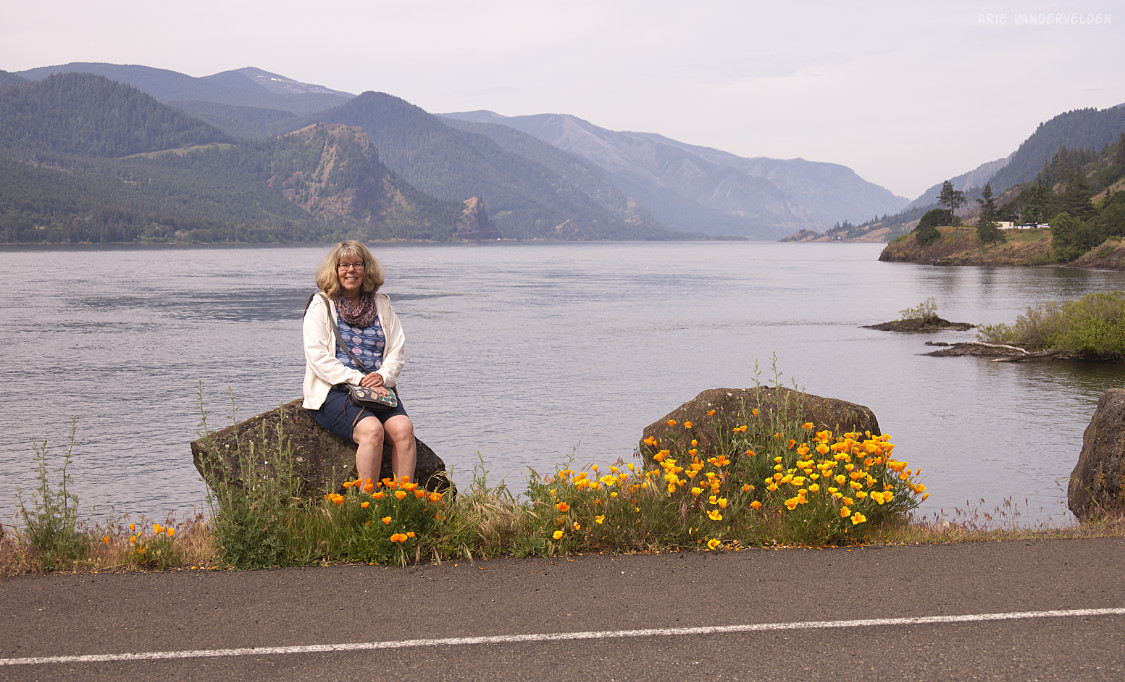 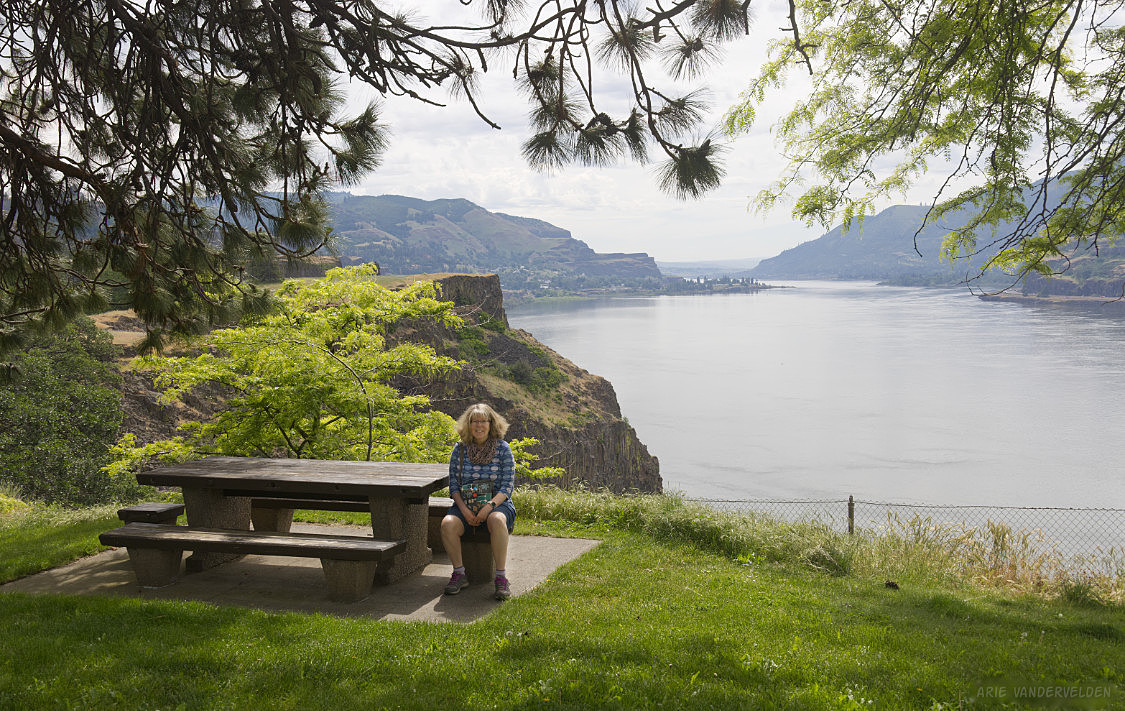 The third day we drove through Portland, and on to the coast.  Portland only has a partial ringroad, and our itinerary to the west dictated a route right through the city center, which is intimidating when driving an RV.  Thanks to our trusty GPS and nice Portlanders who made room when I needed to change lanes, we made our way though to the other side.  Unfortunately, with our big RV, stopping, parking, and checking out downtown was not an option.  A few more hours of driving took us to the coast.

Read about our adventures on the Oregon Coast in part two of this series.

It is 375 km from Calgary to Kimberley.  From Kimberley to the Oregon Coast is just a tad over 1000 km. 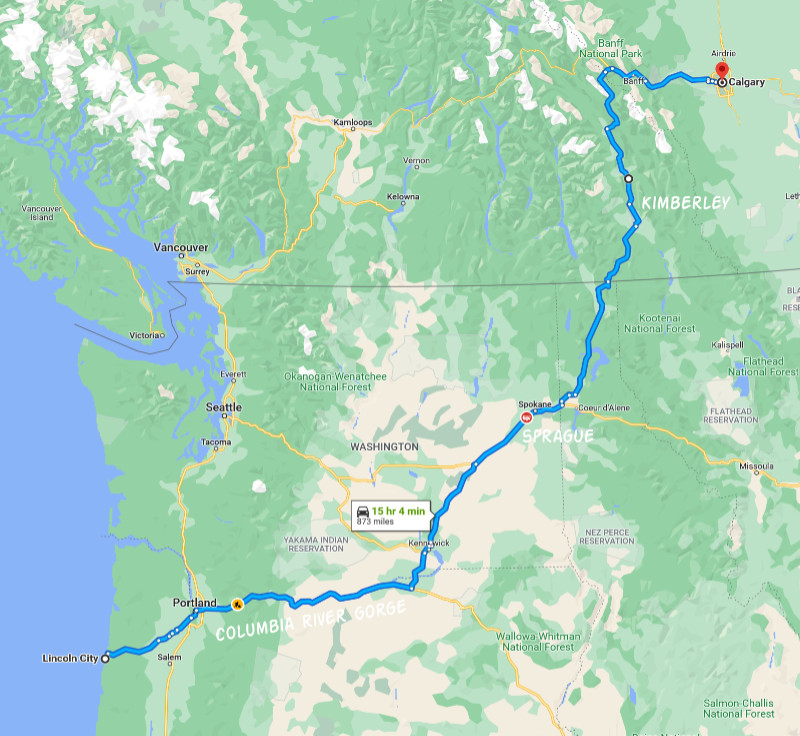