This is part 2 of our Tenerife hikes.  Here is part 1.

This hike follows a dirt road across a lavaflow on the north side of the island.  Here, huge Atlantic waves pound against black basalt.  It’s not a formal hiking trail, but rather it’s a ramshackle place where locals come to ride mountain bikes or to walk their dogs.  It’s also one of the few places in Tenerife were you can hike along the coast.

The hike begins at Puertito de los Silos, just west of Garachico.  There is a place to park near a whale skeleton. 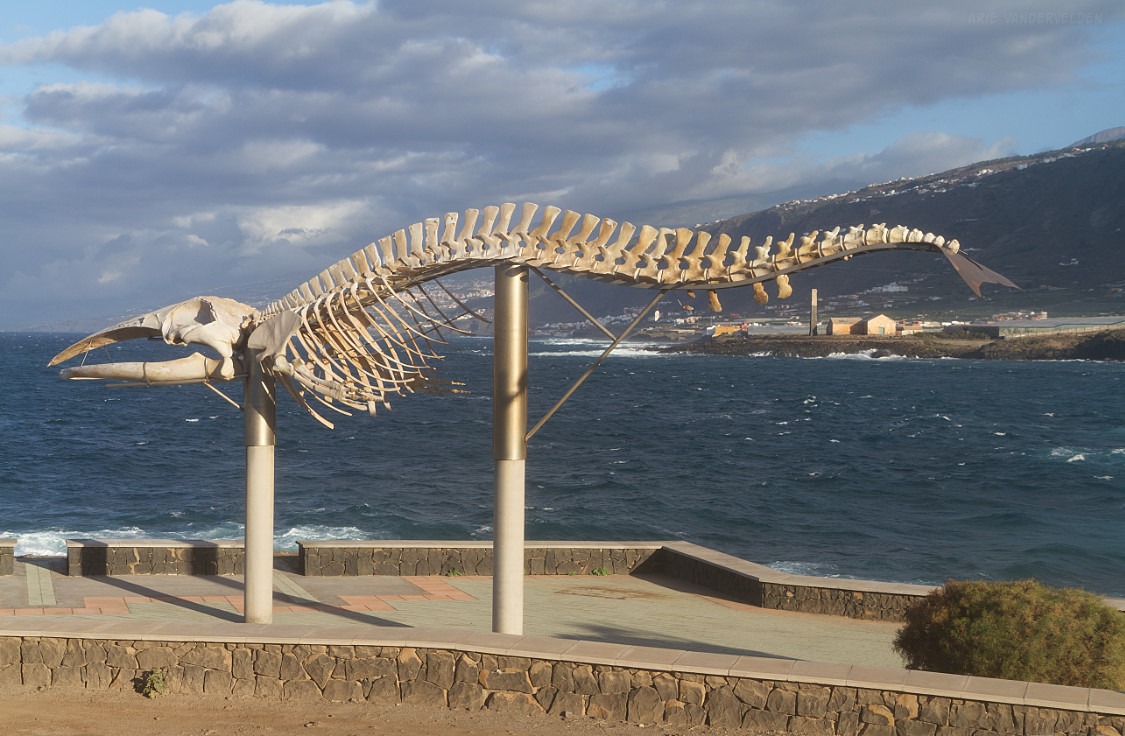 Past the whale, the paved road turns into a dirt track.  I imagine that at some point in time there probably were plans to develop this area.  But for now, it’s a wild place. 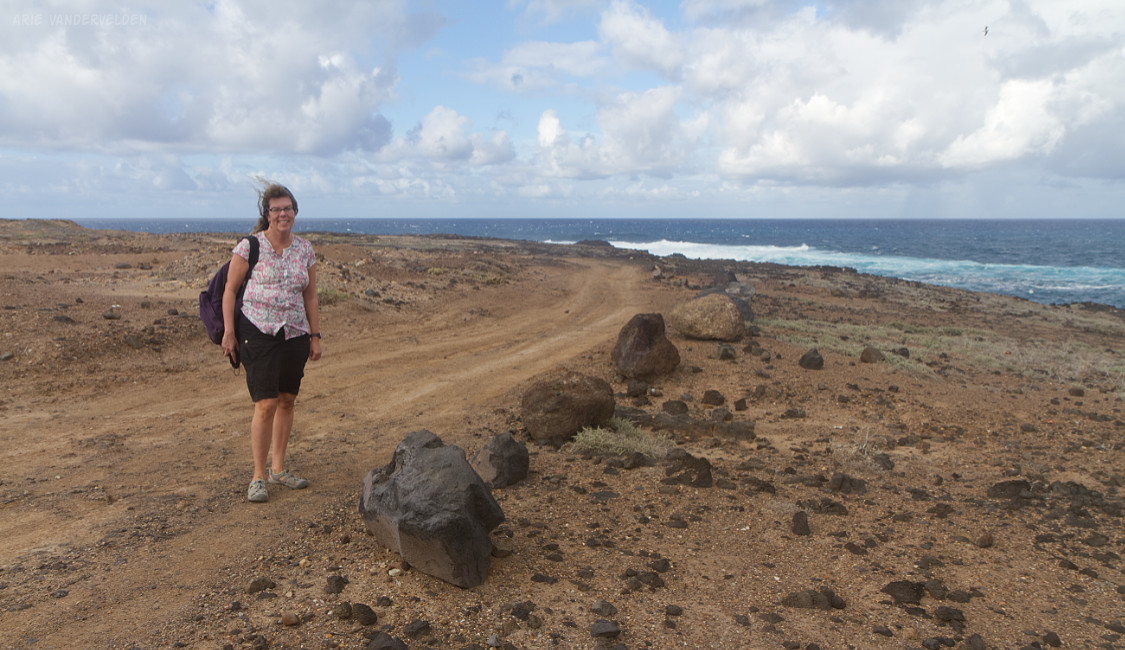 The road leads to the ocean, where large waves furiously pound the lava. 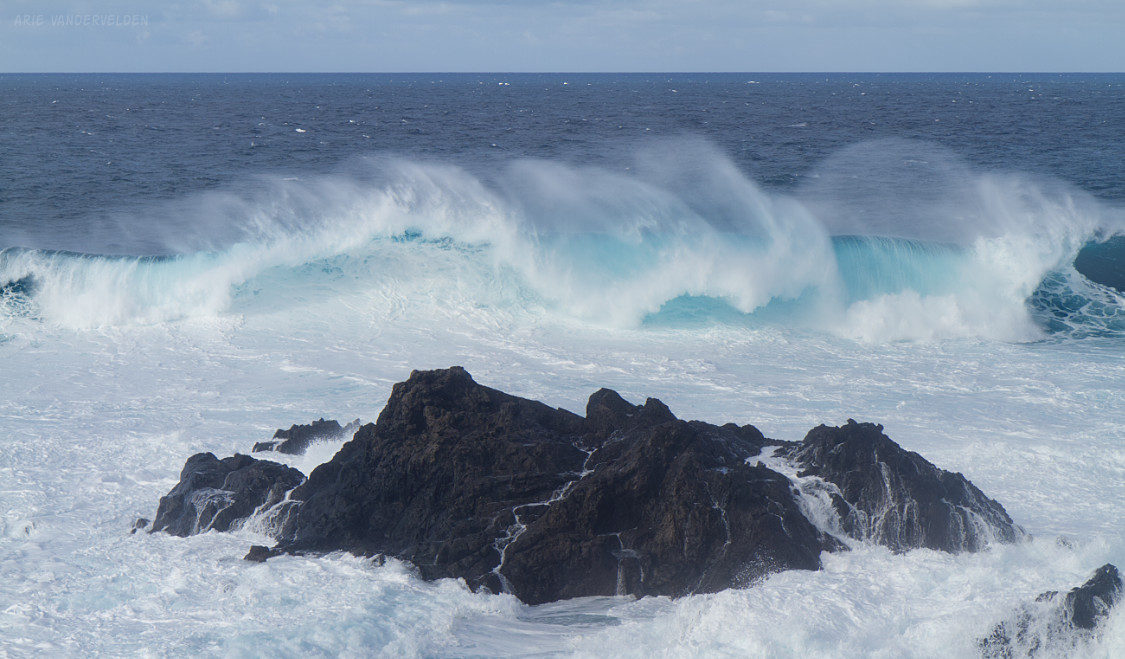 The Los Silos lavaflow is a windy spot, but the views are great. 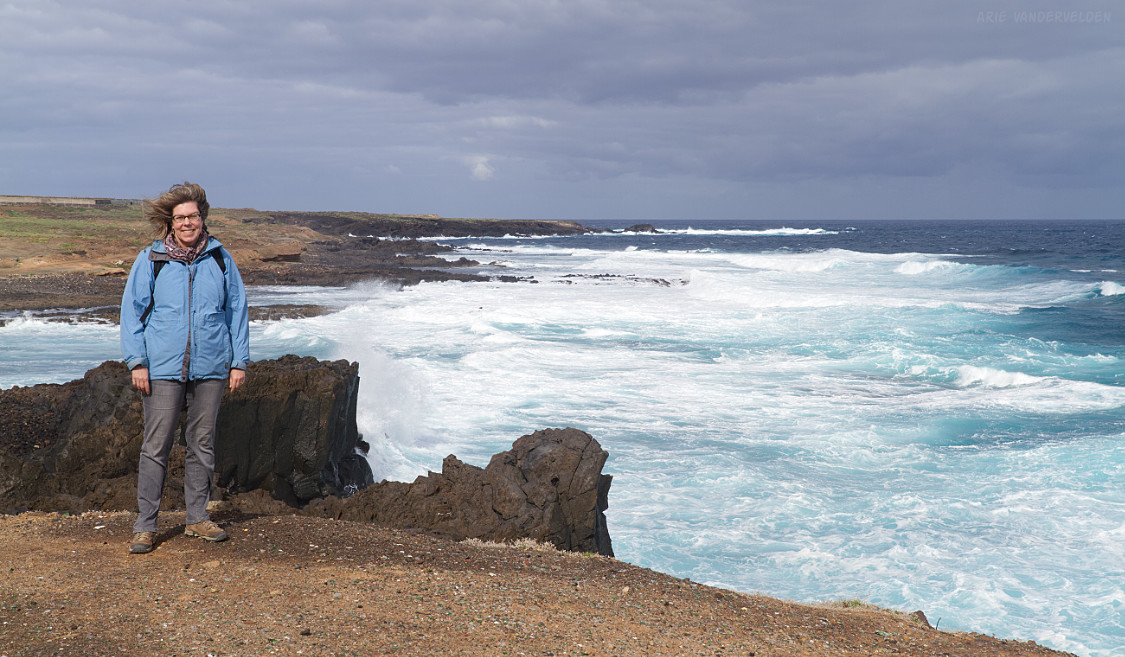 We spotted some seagulls resting on a pillar of black basalt. 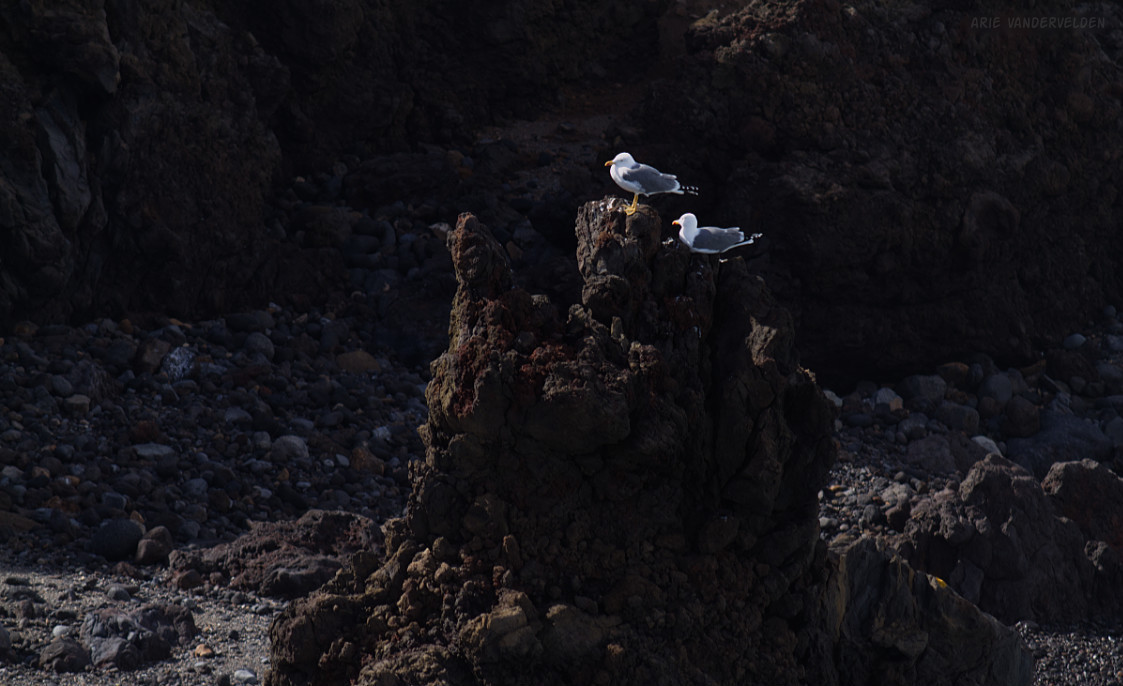 Looking inland, the lavaflow is covered with cacti and other desert-like plants. 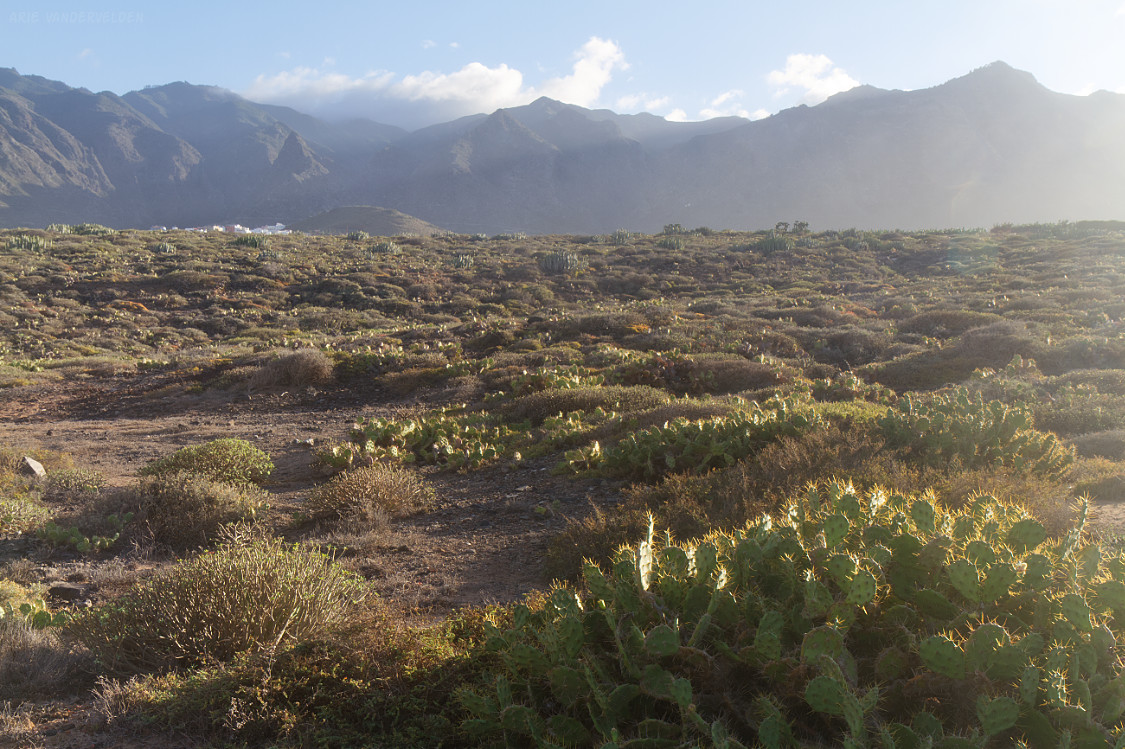 In some places the lavaflow is covered by poly-tunnel greenhouses. 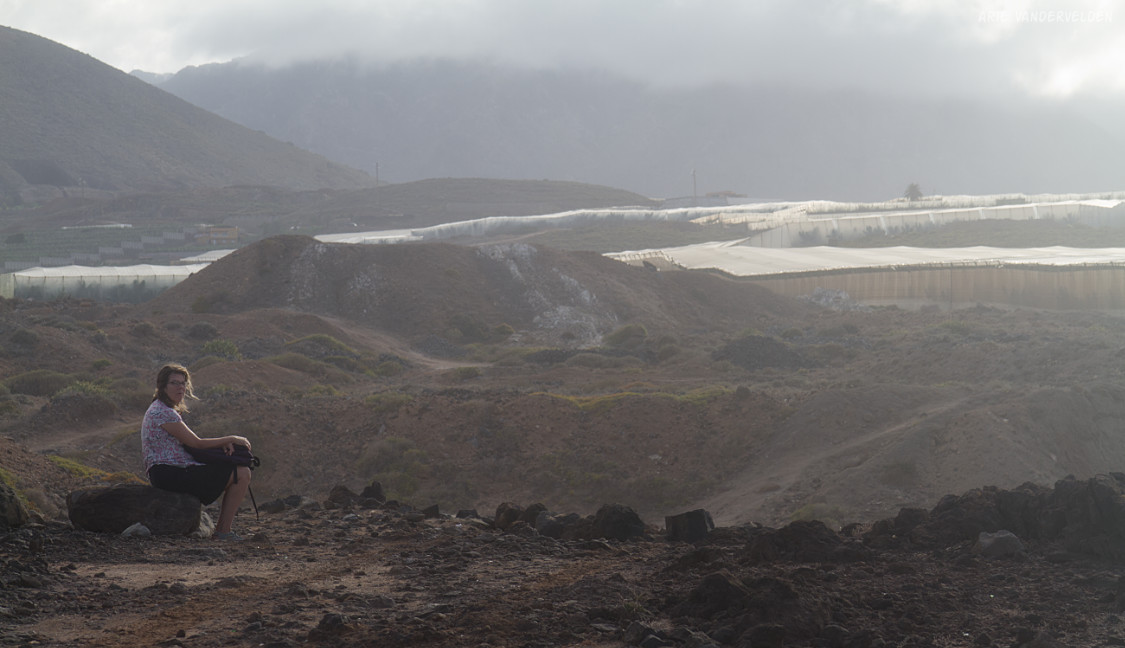 The views back to Garachico are great. 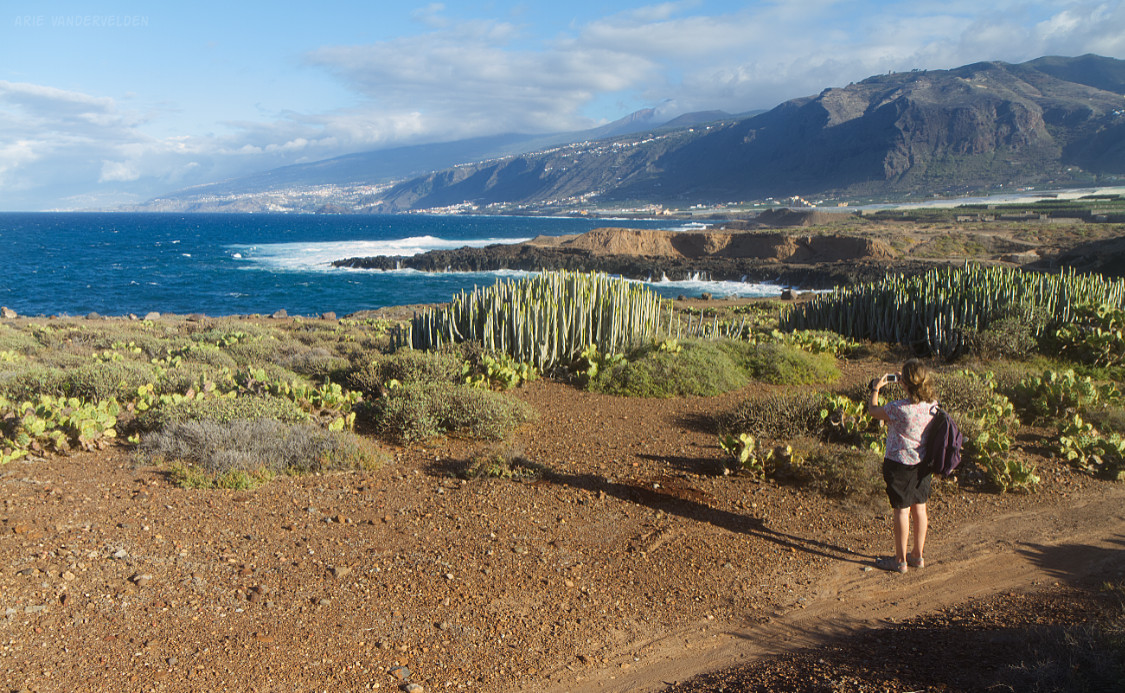 There are some very pretty cacti along the shore. 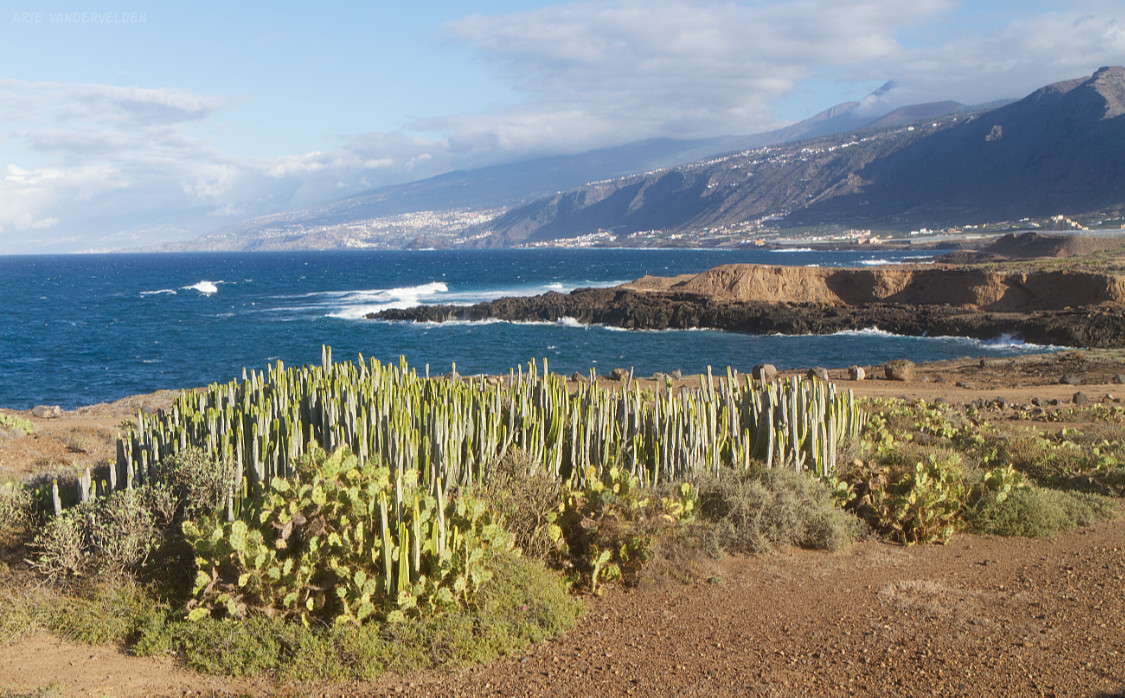 Partway along there is an archway. 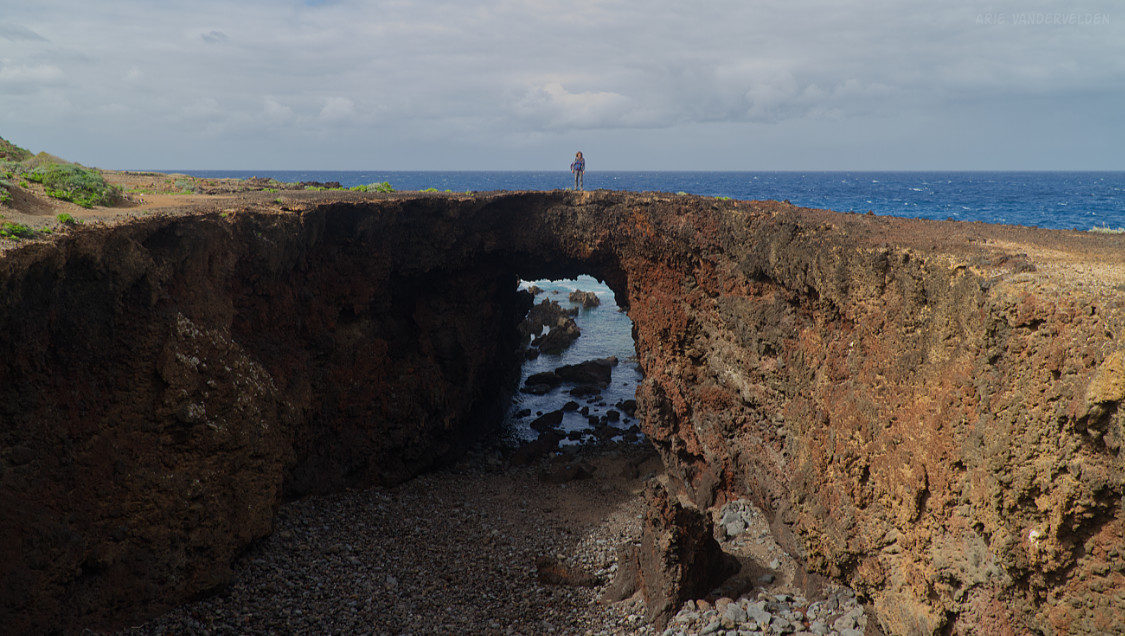 After about 3.5 km there is a lighthouse (or rather a beacon on a concrete mast).  It is possible to hike on for another few hundred meters before the trail peters out at a bay.  We returned the way we came. 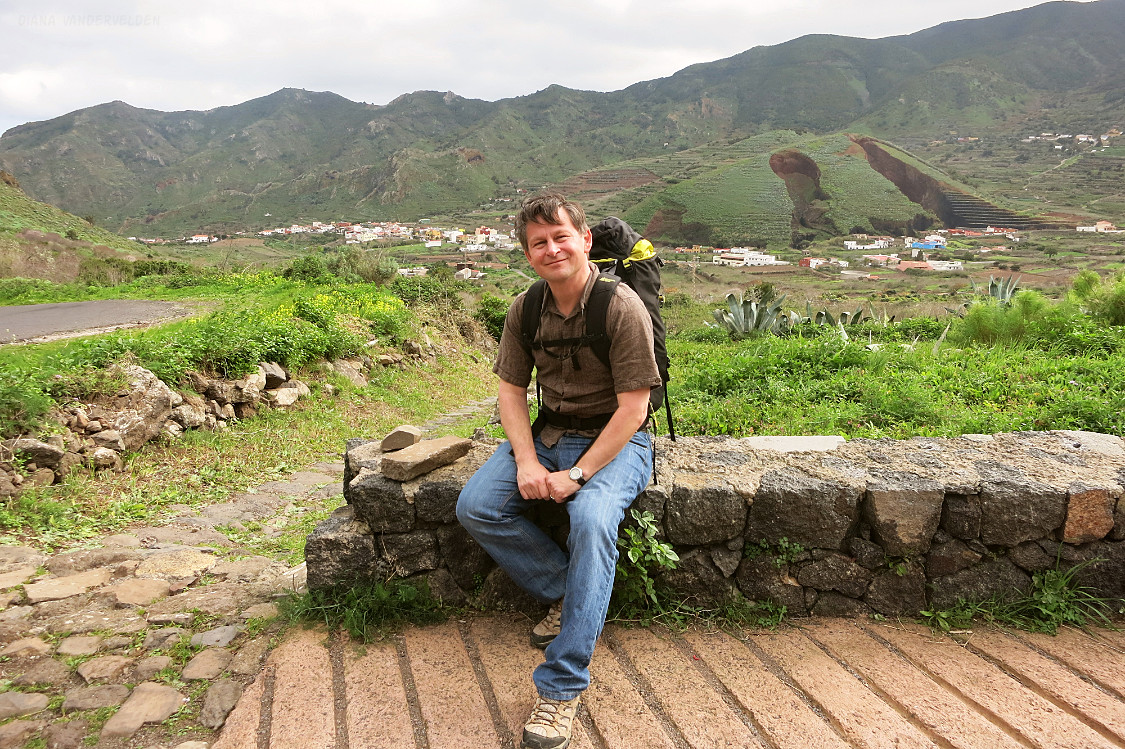 The trail heads up through some pretty vegetation. 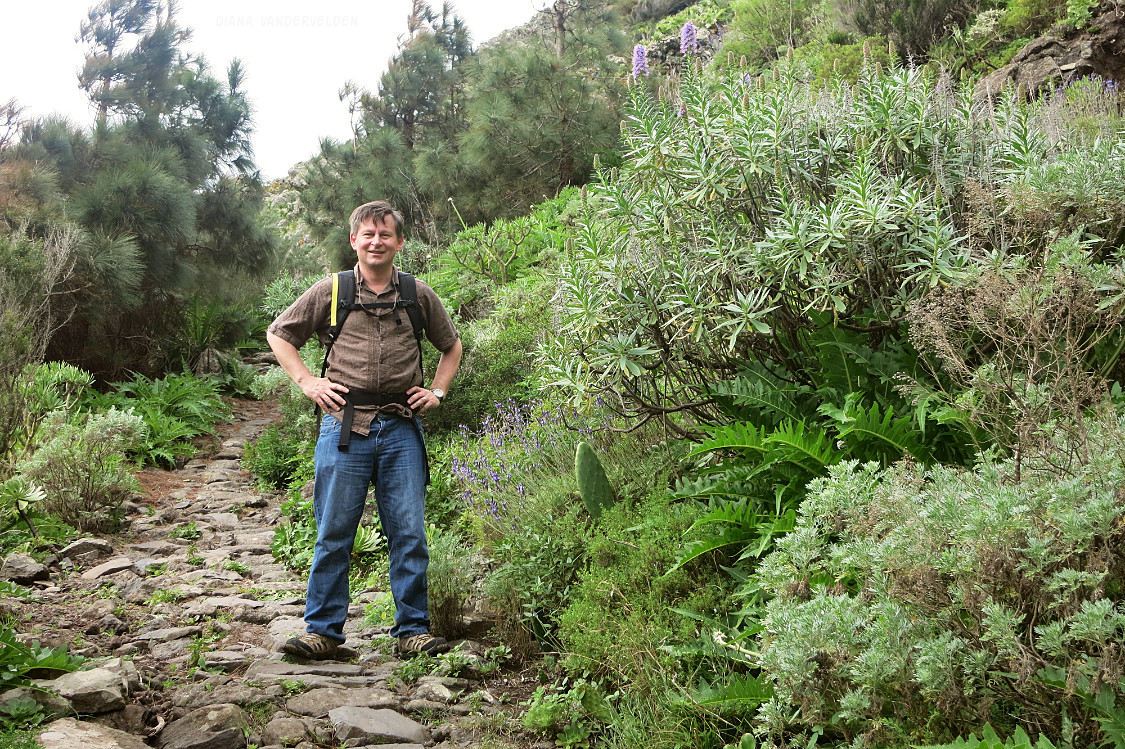 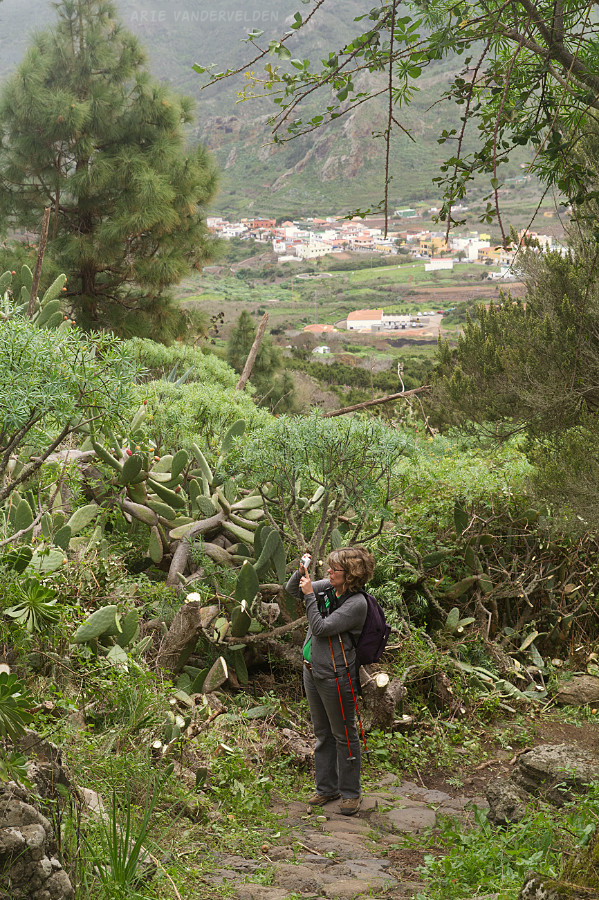 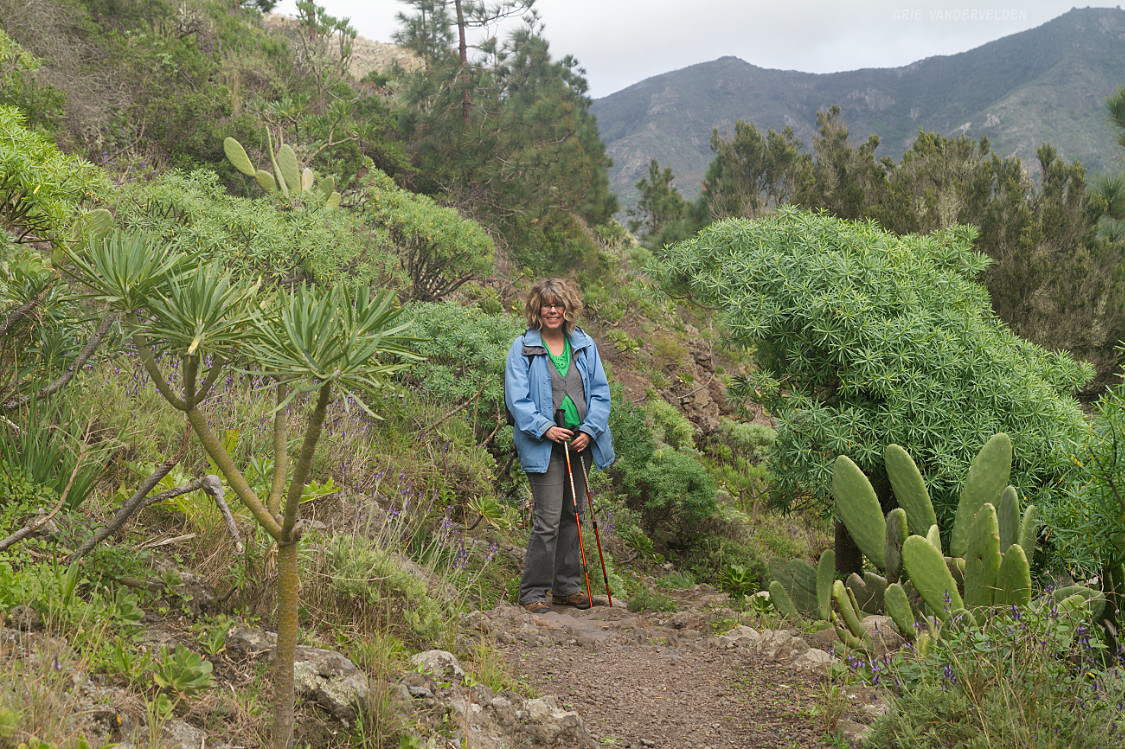 Soon the trail begins to climb a series of switchbacks. 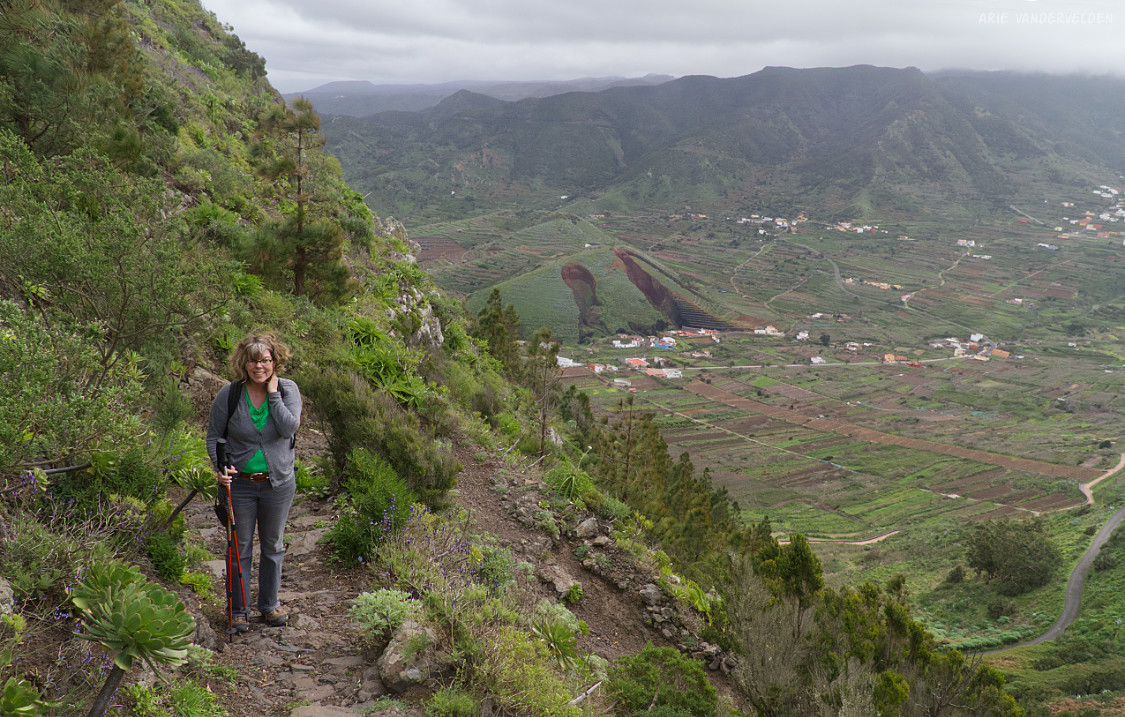 There are great views of the countryside. 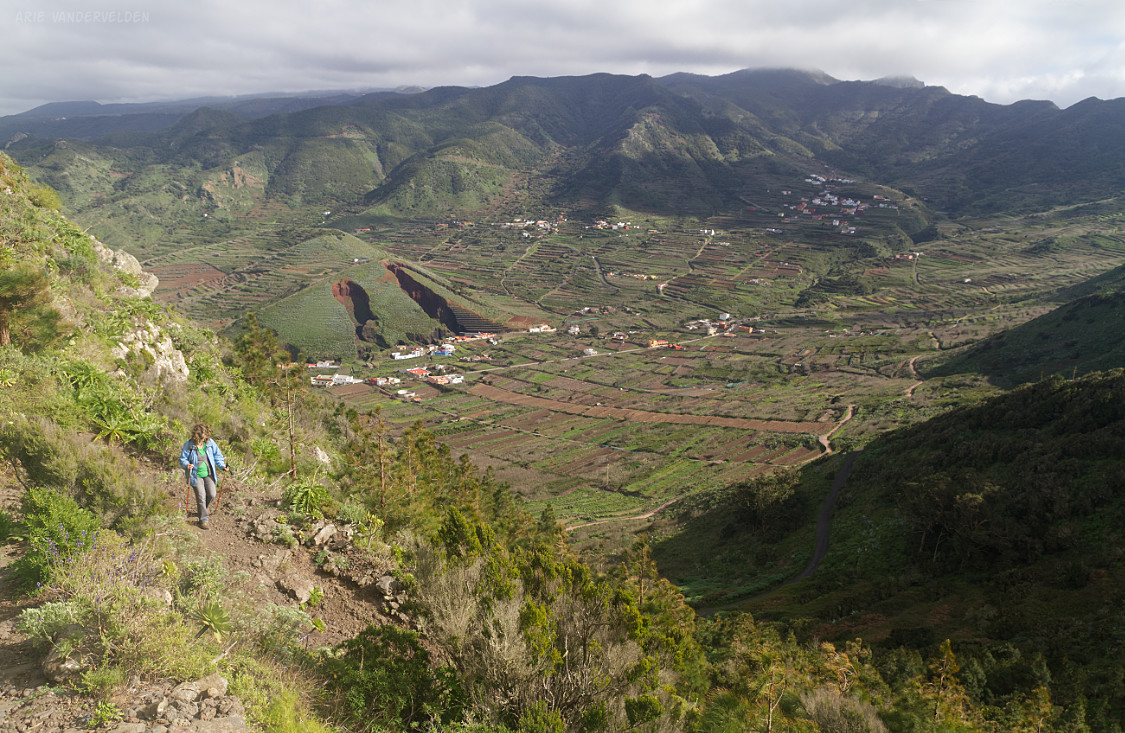 The trail tops out at a pass.  We took a selfie. 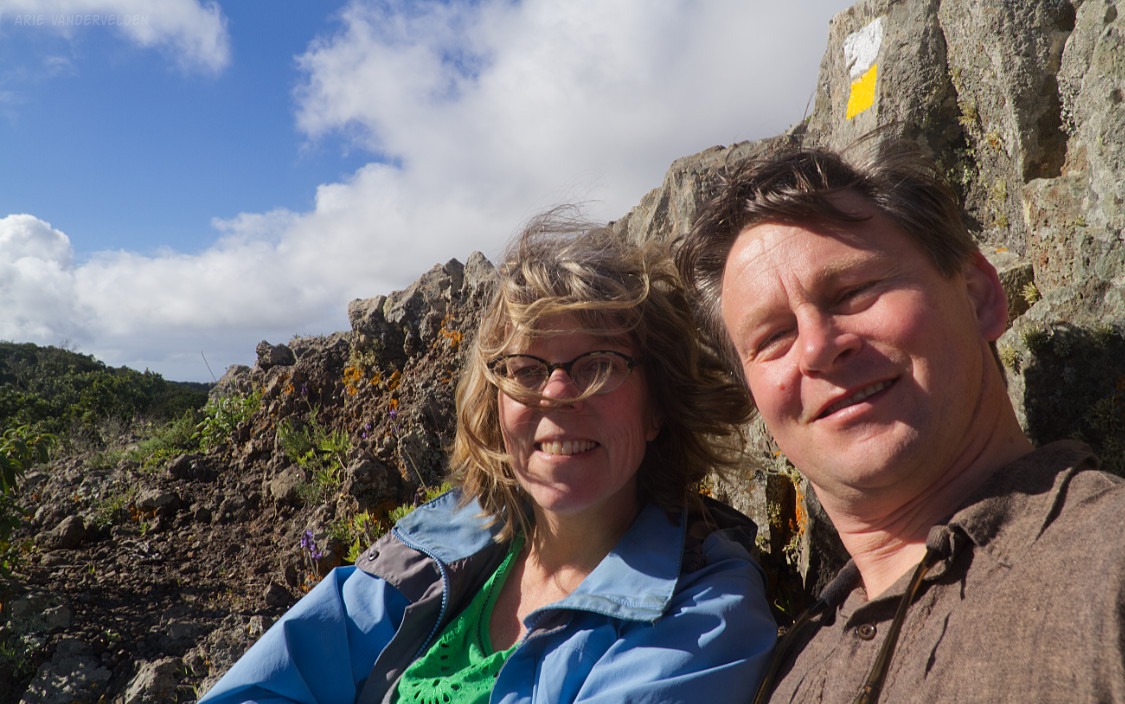 Beyond the pass the trail follows a ridge through native laurel forest.  There are occasional glimpses of the sea. 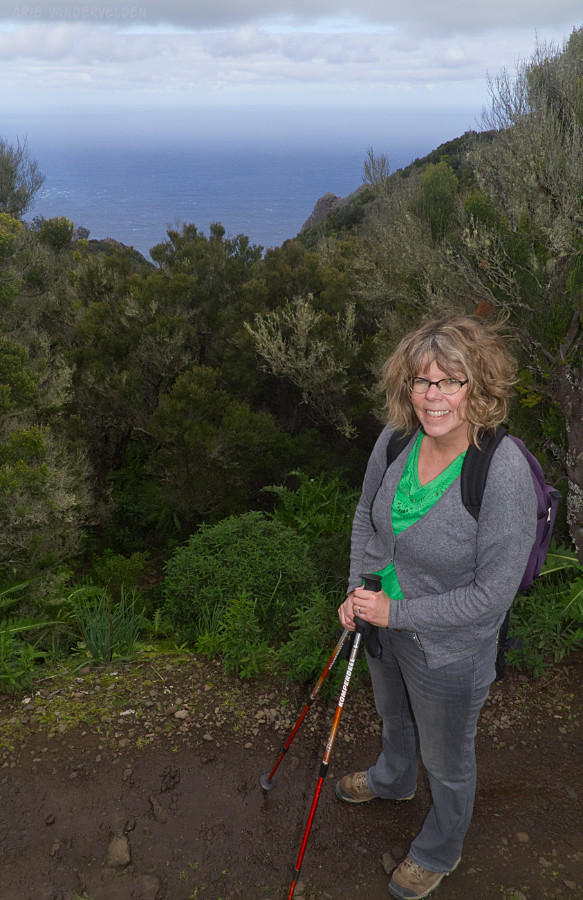 Near Teno Alto the trail passes gardens and agricultural plots of land.  The village of Teno Alto is reached after about 4 km of hiking.  There is a cafe in the village for refreshments.  We hiked back the same way.

La Orotava and Icod the los Vinos are two towns on the north side of Tenerife.  Both have historic centers that feature typical Canarian architecture: houses with pretty woodwork and wooden balconies. 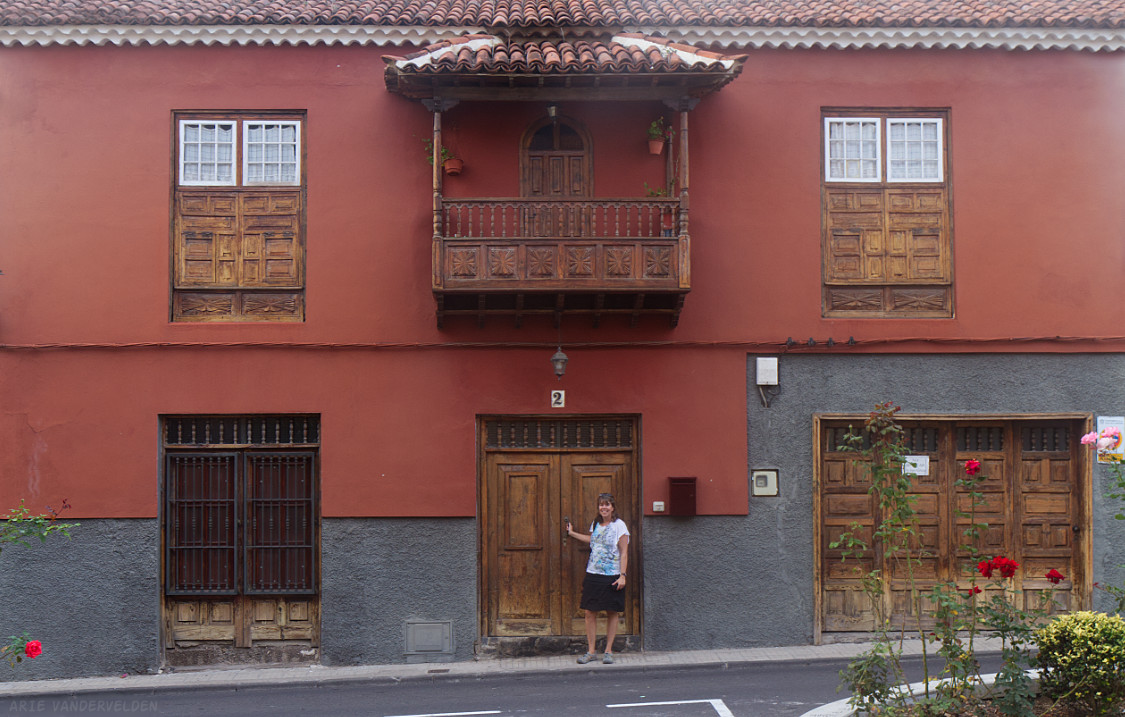 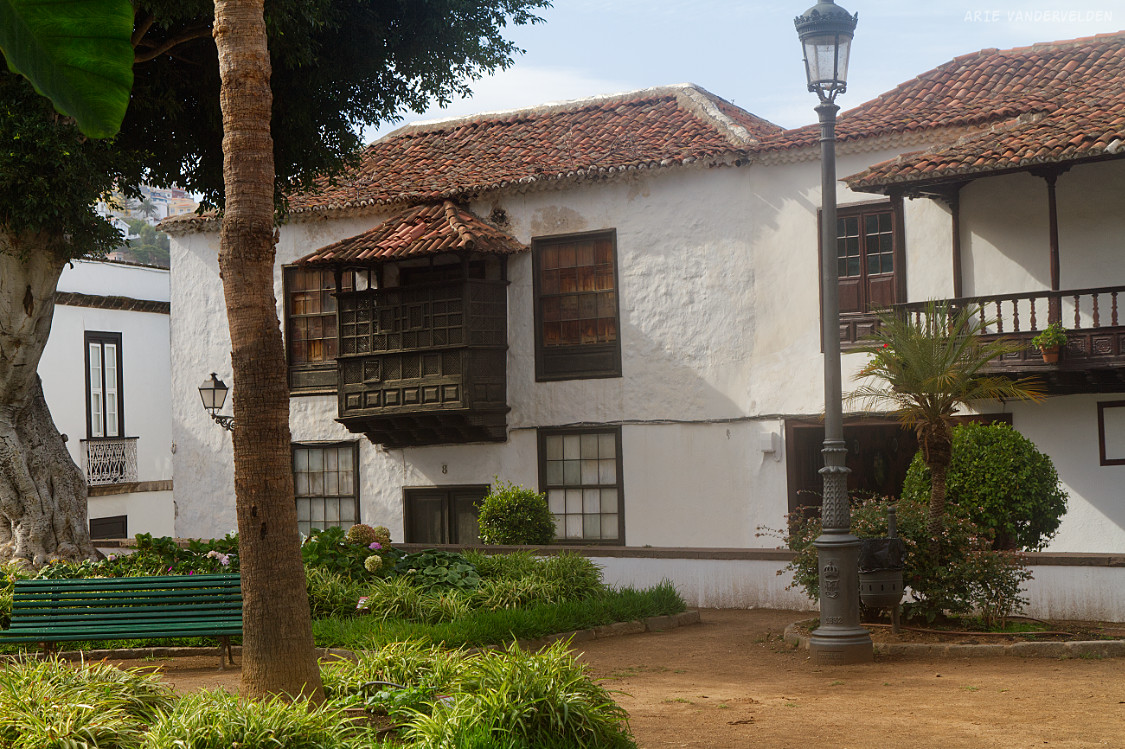 Parking is not always easy.  It can take a bit of hunting though the one-way streets to find a spot. 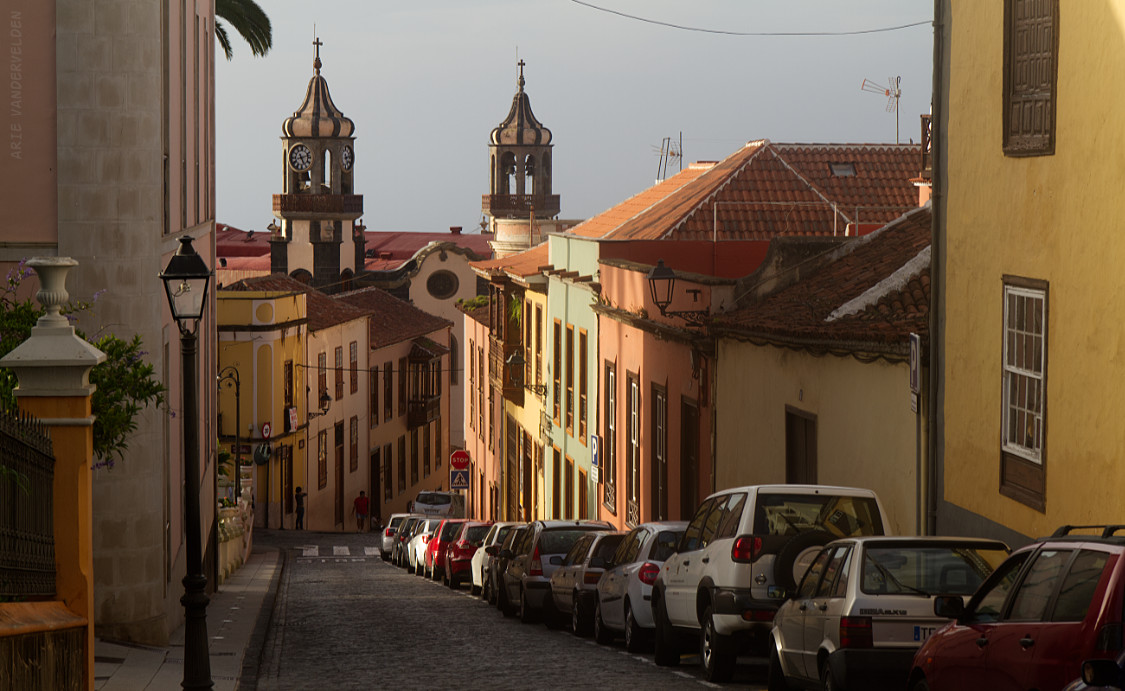 In Icod de los Vinos there is a dragon tree that’s said to be 1000 years old. 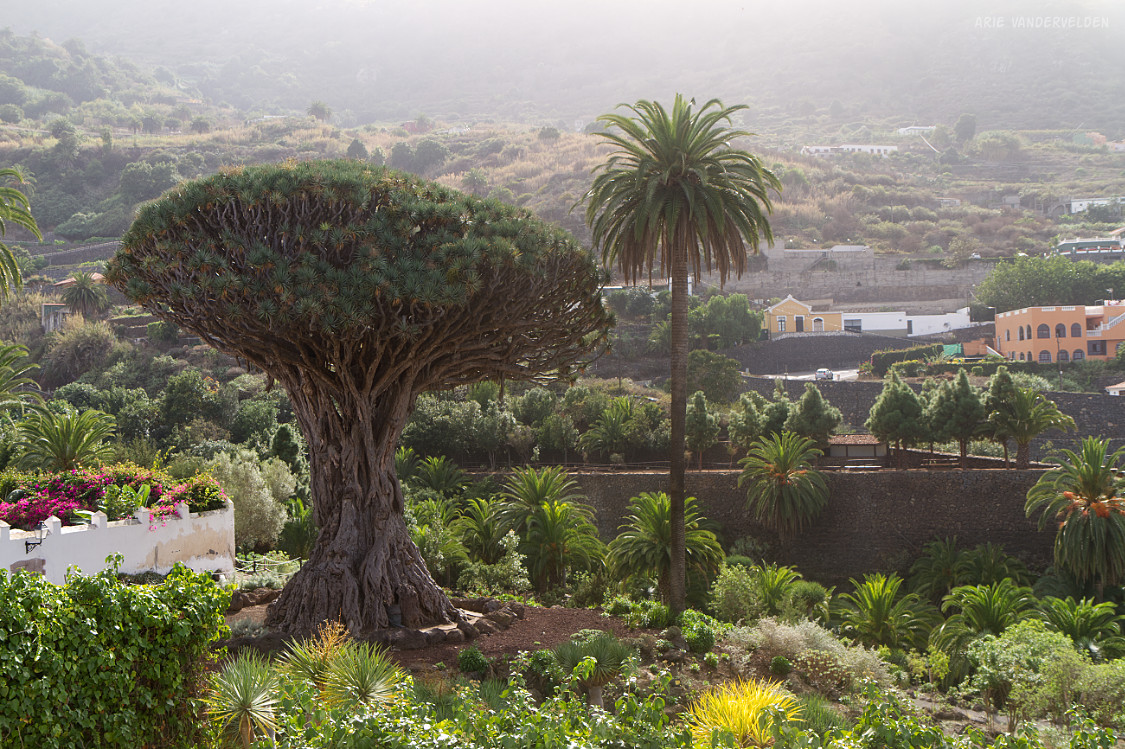 Santa Cruz de Tenerife is a thoroughly modern Spanish city.  There is great shopping, great food, and a wonderful urban vibe.  We visited the botanical gardens. 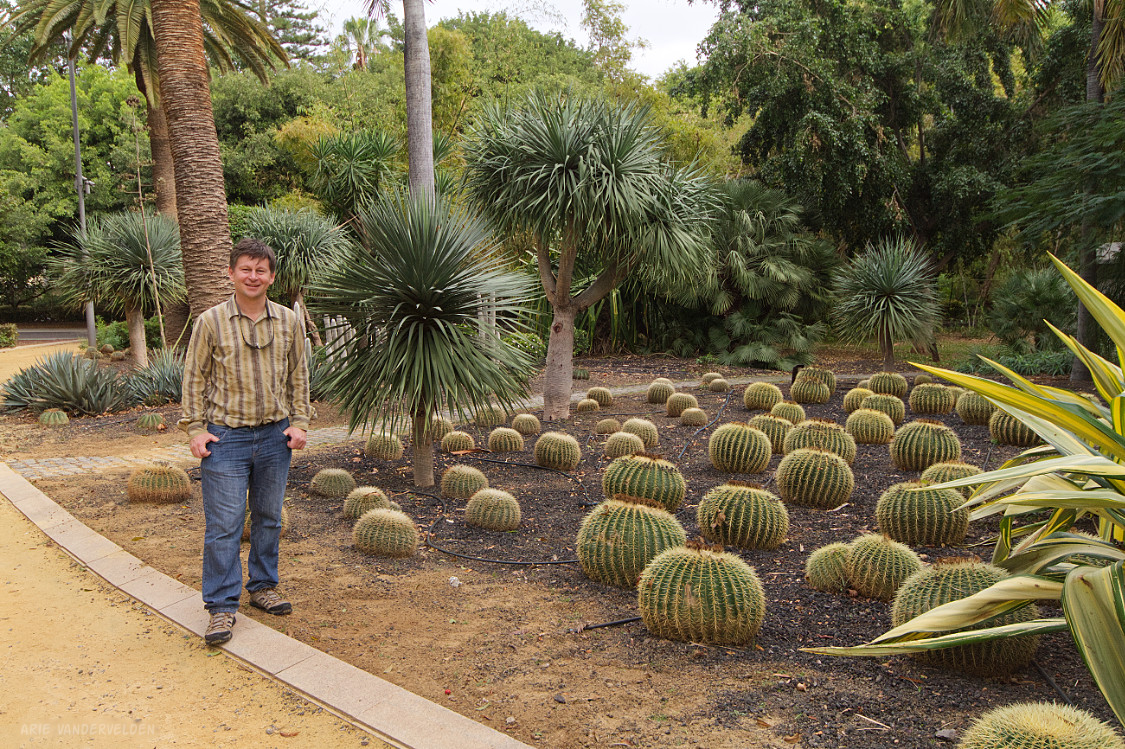 Just about anything grows in this subtropical climate. 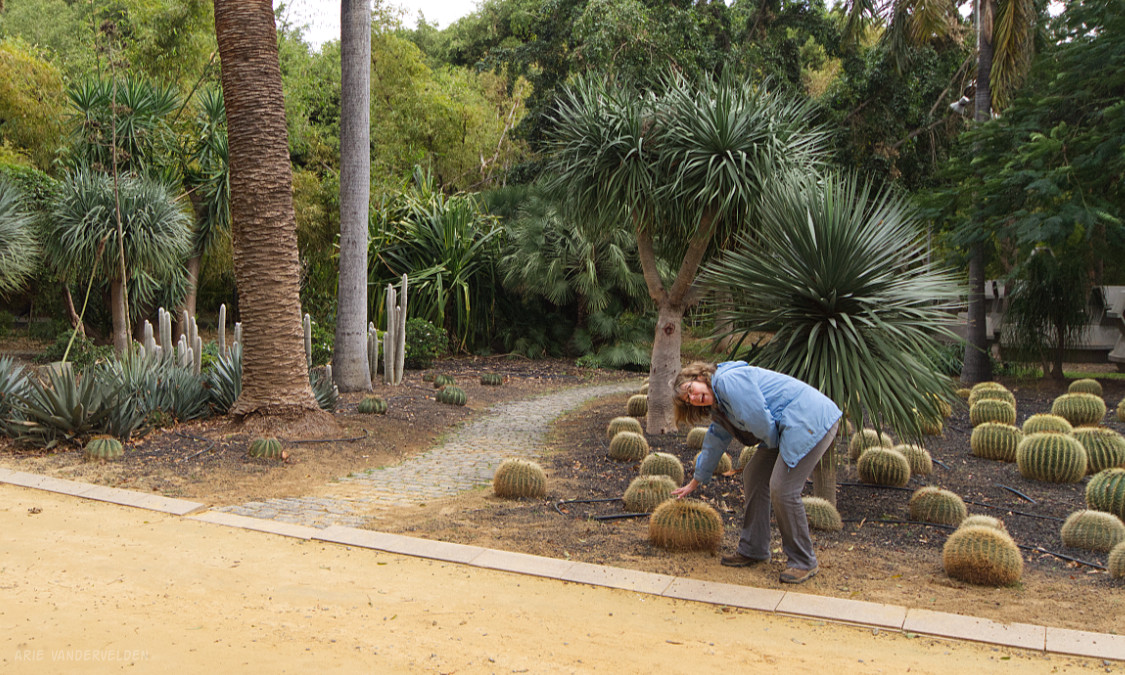 I took some photos in the main square, as the sun was going down and a crescent moon shone in the sky. 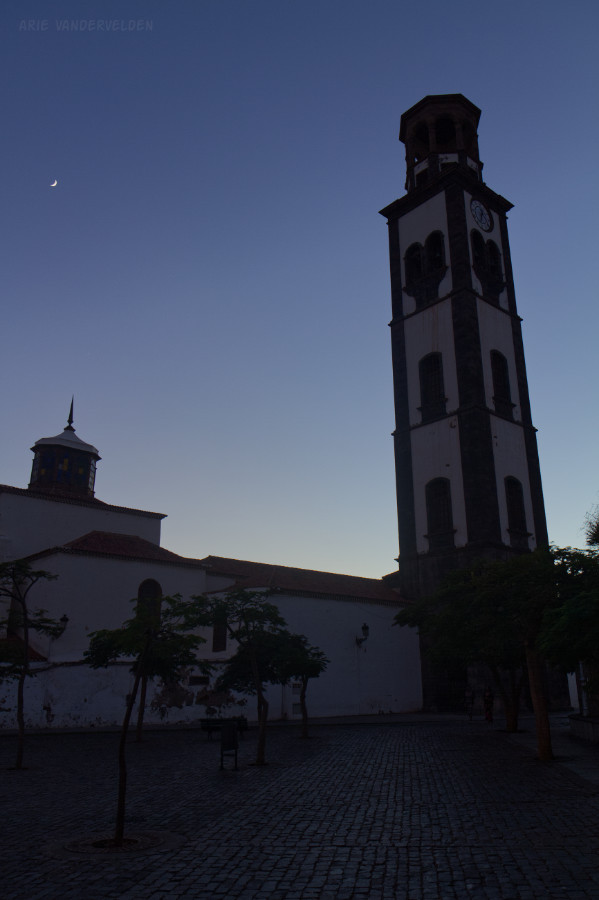 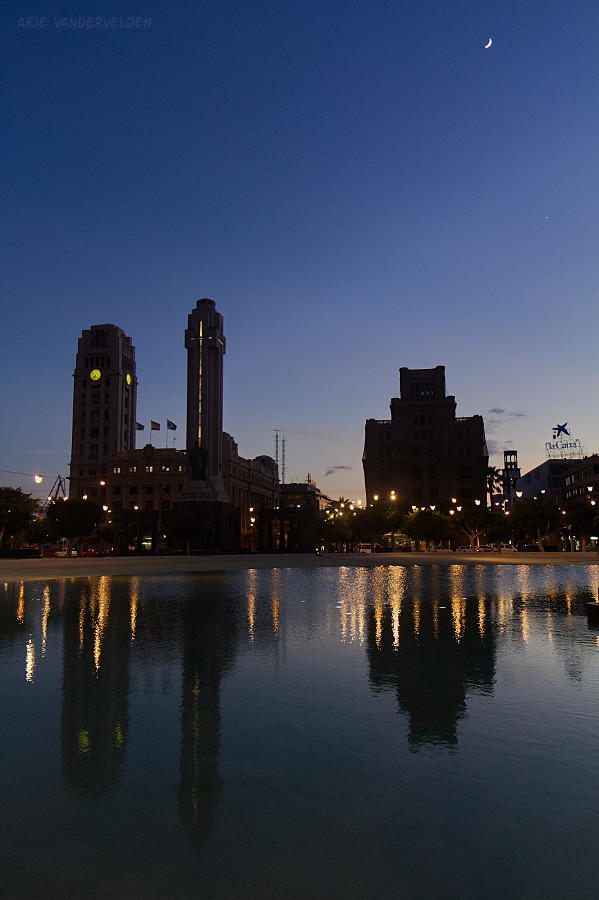 A car is needed to access these hikes.  Car rentals are cheap in Tenerife. 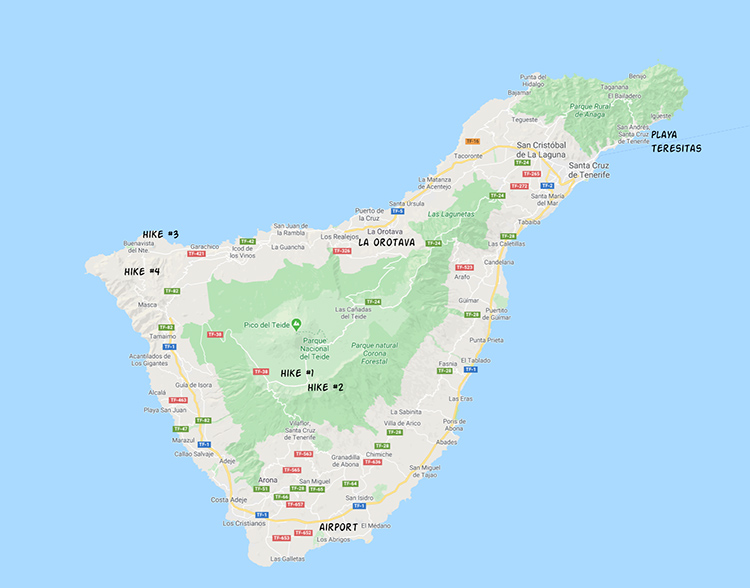