Due to the pandemic we’re not traveling this year.  Instead, I’ve been taking some pictures of local birds with my new Sigma 150-600 telephoto lens.  This lens is very sharp, it blurs the background beautifully, and the image stabilization is unbelievable – I can easily shoot handheld at the full 600 mm.  I’ve had a lot of fun with this lens recently.

Let’s begin with some blackbirds at Buffalo Lake.

Red-winged blackbirds are at home in sloughs with bullrushes.  We never see them when canoeing along Alberta’s rivers.

Somewhat less common than red-winged blackbirds are yellow-headed blackbirds.  I found this male bird in a slough along the irrigation canal pathway near Chestermere.

I had been trying for yellow-headed blackbirds for a few weeks, but most of the time they were far away, the light was harsh, or else I wasn’t quick enough.  This time, however, I had plenty of time to photograph this beautiful bird.

A Greater Yellowlegs, a type of sandpiper.  It has one of its legs drawn up.  Photographed along the South Saskatchewan River.

I found this avocet in a wetland in southeast Calgary, near Shepard.

Avocets have an upturned bill, which they use to scoop up insects.

Here are some pelicans at Buffalo Lake:

Out on the lake I found some Western Grebes.  They will carry their chicks (greblings?) on their backs.  It’s an adorable thing to watch.

Western Grebes have bright red eyes.  It’s quite startling when you first notice it.  These grebes are also known for their elaborate courtship displays.  I’ll have to watch for it next spring.

Back on shore I chased around some yellow warblers for hours.  They are hard to photograph because they’re fast, shy, and like to forage and hang out in thickets.  I did manage to catch this bird peeking out of a mock orange bush.

Here is a picture of a fledged chick, waiting on a branch for mom or pop to bring it some grubs.  It is shedding its grey down, revealing yellow feathers beneath.

Next are some robins.

This robin proudly showed off some nesting material that it had gathered.

I found these two young robins in a grassy field, where their mother was showing them how to find food.  Mom quickly flew off when I approached, but her inexperienced offspring patiently let me photograph them.

Hummingbirds are difficult to photograph.  They are small and they move really fast.  This bird is looking at me suspiciously while approaching a feeder.

Hummingbirds are typically photographed with lots of flash guns, which freezes the wings and produces specular reflections from the metallic-coloured feathers.  I tried to capture the wing motion while still getting a sharp eye and beak.

Every so often, though, they do sit still.

This Rufous hummingbird has some bright orange feathers on its throat.

I photographed a pair of bluebirds near their nesting box.  They were busy hauling grubs to their hatchlings. 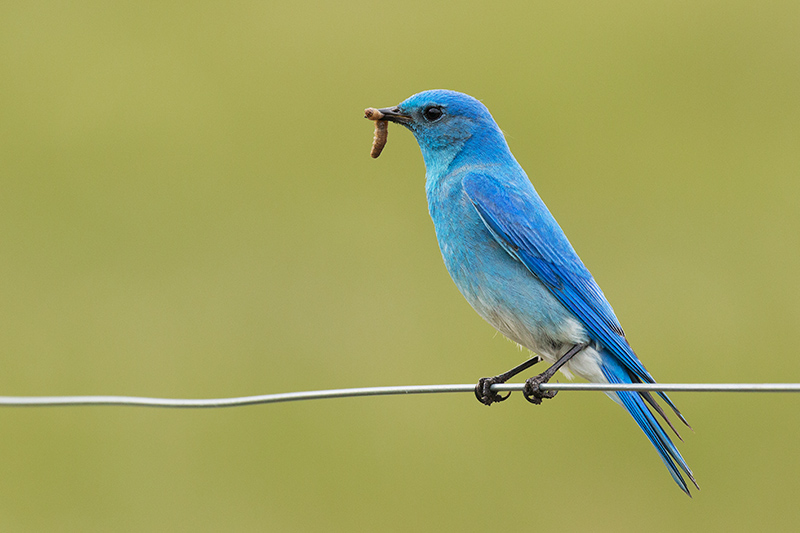 The male bluebird has such stunning colours. 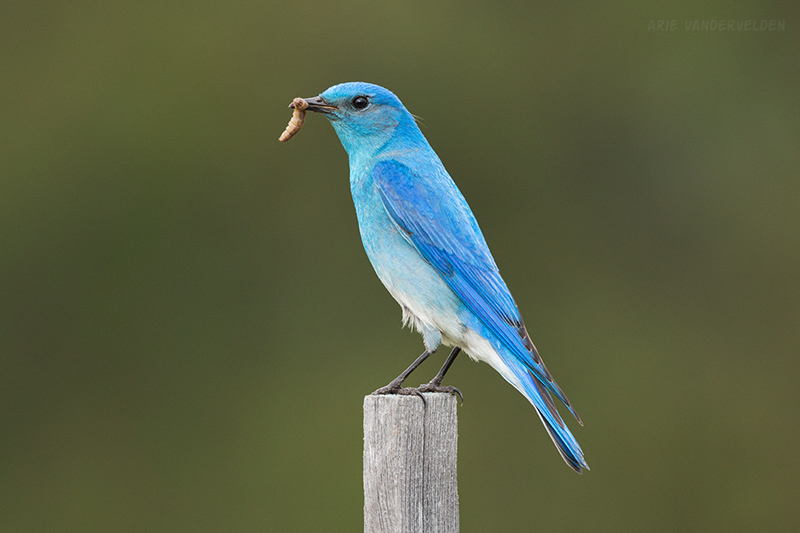 The female bluebird is a bit more drab, but still very beautiful. 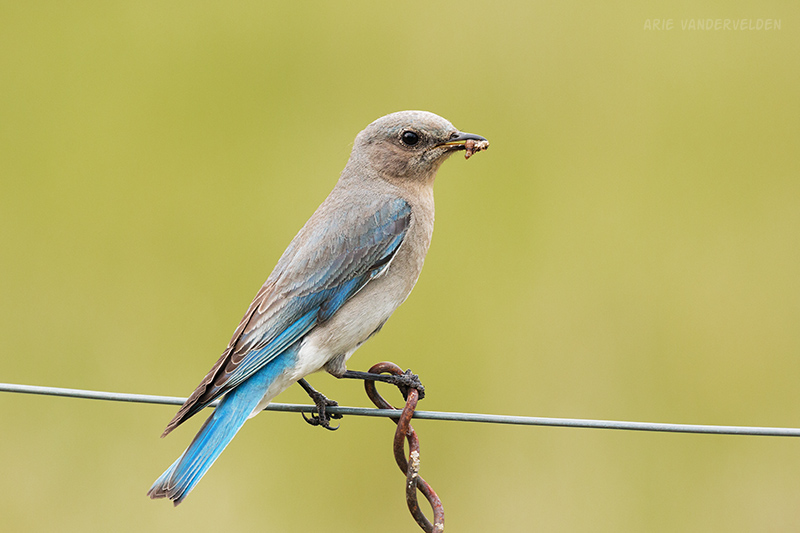 I have tentatively identified this next bird as Say’s Phoebe, a type of flycatcher. 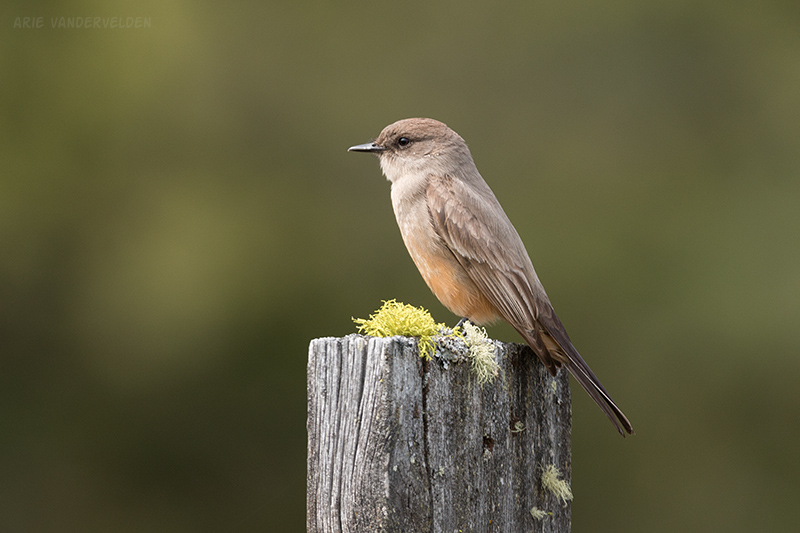 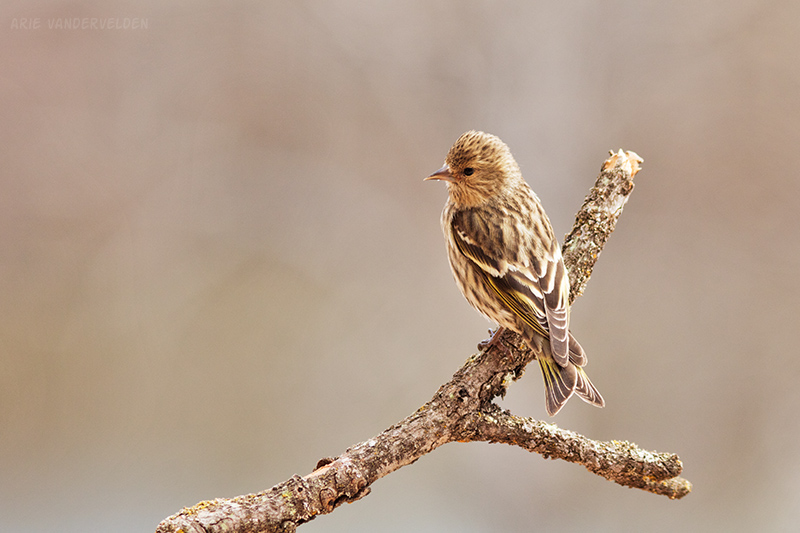 It was strutting through a flower meadow with her two chicks.  The chicks were hidden deep in the foliage and I did not get a shot of them. 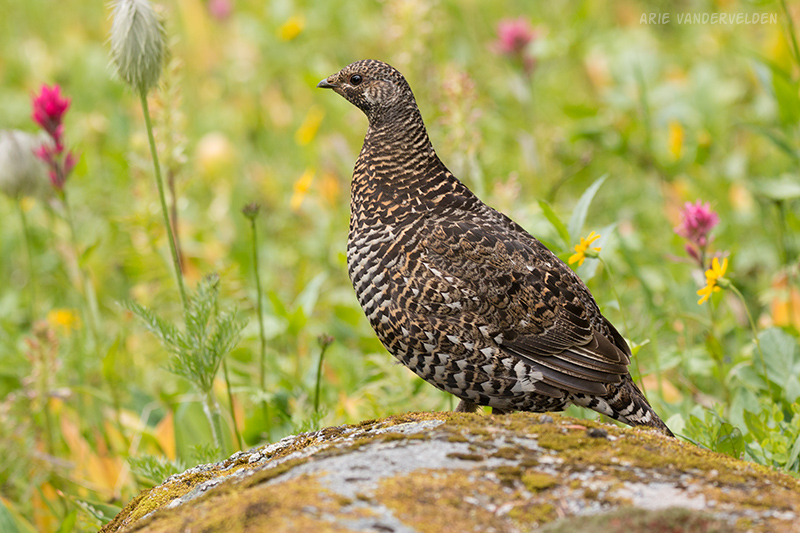 In August 2018 this male goldfinch stayed in my garden for several weeks, feeding on my sunflowers.  I spent quite a bit of time trying to get a photo, but this bird was quite shy.  I finally caught it sitting on a wire. 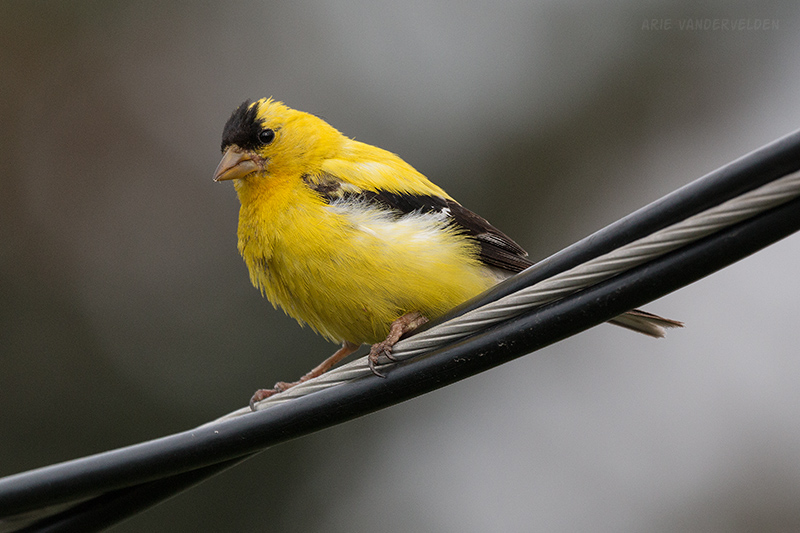 Later that fall, the waxwings came to feed on ash tree berries.

Waxwings are nice-looking birds.  They often let you approach quite closely. 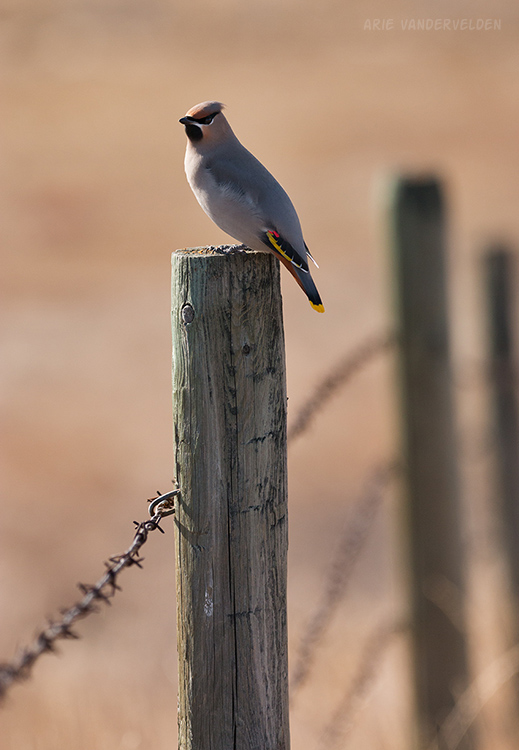 Waxwings often tuck in their wings, hiding their colourful wingbars.  This bird, however, put them on full display. 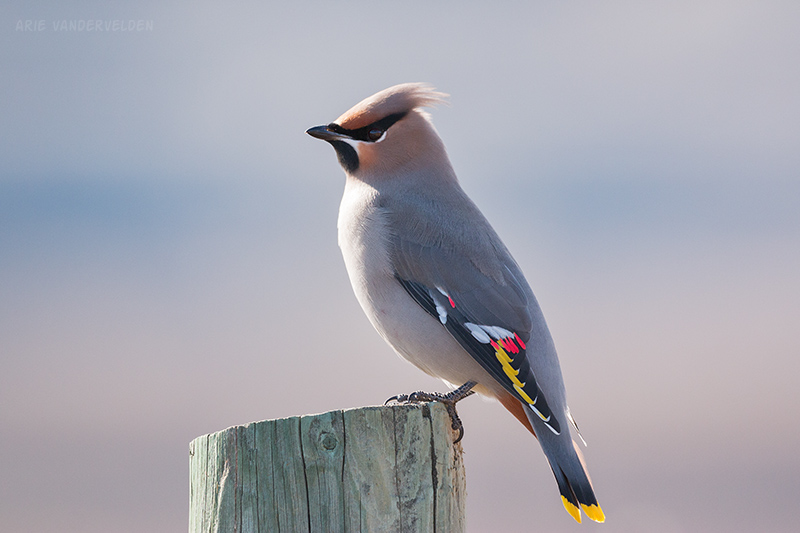 I’ll finish with an oldie.  I took this photo of a whiskeyjack in January of 2006 while camping in the Banff backcountry.  Canon 200/2.8