We spent thee days in Vila Nova de Milfontes, a town on a sandy inlet on the west coast of Portugal, south of Lisbon.  Diana had booked us into an airbnb apartment that was supposed to have a view.  And it did.  We most likely had one of the best views in town.

Vila Nova de Milfontes is not exactly an undiscovered place, but it was pretty quiet in early May.  Just a few German retirees were cruising around in RVs, and a few locals were out for the weekend.

The water temperature in the inlet was slightly higher than the open Atlantic, and we swam across the right channel to the sandbar in the middle of the estuary.

The sandbar was ankle-deep at high tide, and exposed at low tide.  We had to take into account the tidal currents when swimming out and back.

We hiked out towards the lighthouse where there was access to a couple of small cove beaches.

The weather was stellar.  During our stay in Vila Nova de Milfontes we never saw a cloud.

We walked along a small seawall at the head of the estuary.

From our apartment we had spotted a series of beaches on the other side of the inlet.  We drove across the bridge, parked, and set out to have a look around.

At the end of the beach, progress was blocked by a small headland.  We found a spot and relaxed, soaking up some sunshine.  I waded out on a sandbar.

After a few hours the tide had ebbed, and we were able to continue on to the next beach.

Black slates of Carboniferous age, tilted by the Variscan orogeny, are overlain by younger yellow- and orange-colored sediments.

I had fun poking around and looking at the rocks.

We walked back the way we came.

Back at the apartment it was time for appetizers.

We enjoyed dinner on our patio.

We watched fishing boats navigate the sandbars of the inlet in the early evening light.

Later in the evening, the horizon glowed orange and the lights along the road to the lighthouse turned on.

From Vila Nova de Milfontes we made some daytrips. We visited Porto Covo.

We sat and enjoyed the beautiful coastal scenery.

Just inland from Porto Covo we came across one of the must stunning fields of wildflowers I have ever seen.

Scratch that.  This is the nicest field of wildflowers I have ever seen.  I slammed on the brakes, pulled over, and snapped pictures.

Just south of Porto Covo is a castle with views of Ilha do Pessegueiro (Peachtree Island).

We drove south to Zambujeira do Mar.

As a daytrip we hiked a nearby section of the Rota Vicentina.  I relate our hike in a separate post.

Vila Nova de Milfontes is on the Atlantic coast, about 2.5 hours driving south of Lisbon.  This stretch of coastline seems to be less visited than the coast north of Lisbon, and much, much less than the Algarve on Portugal’s south coast.

We visited the area in early May.  The spring wildflowers were at their peak during this time.

We stayed in an airbnb apartment in Vila Nova de Milfontes. 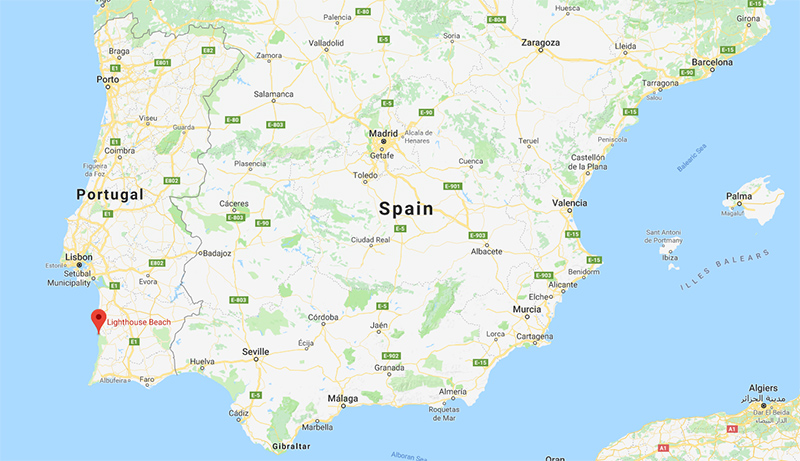