I found a stilt wading through a marsh.  Rochon Sands, Alberta. 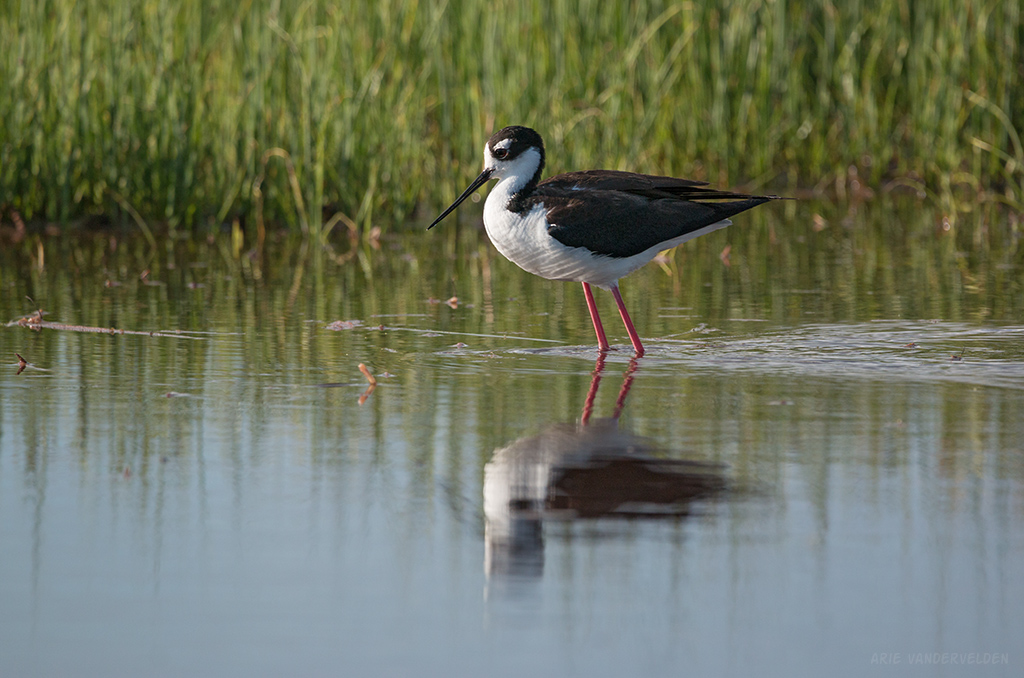 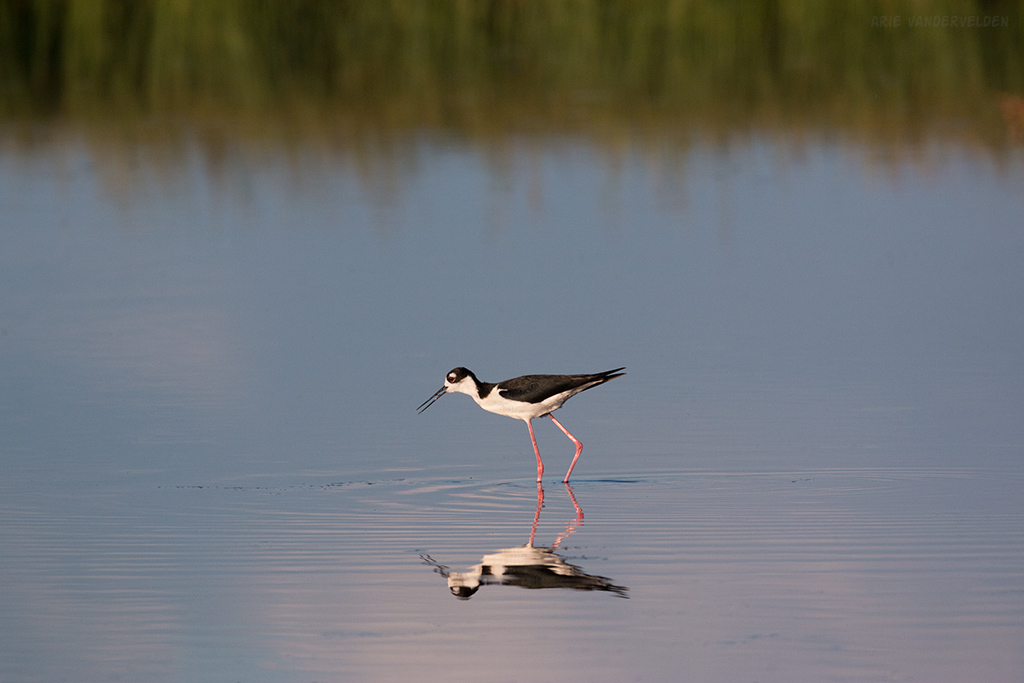 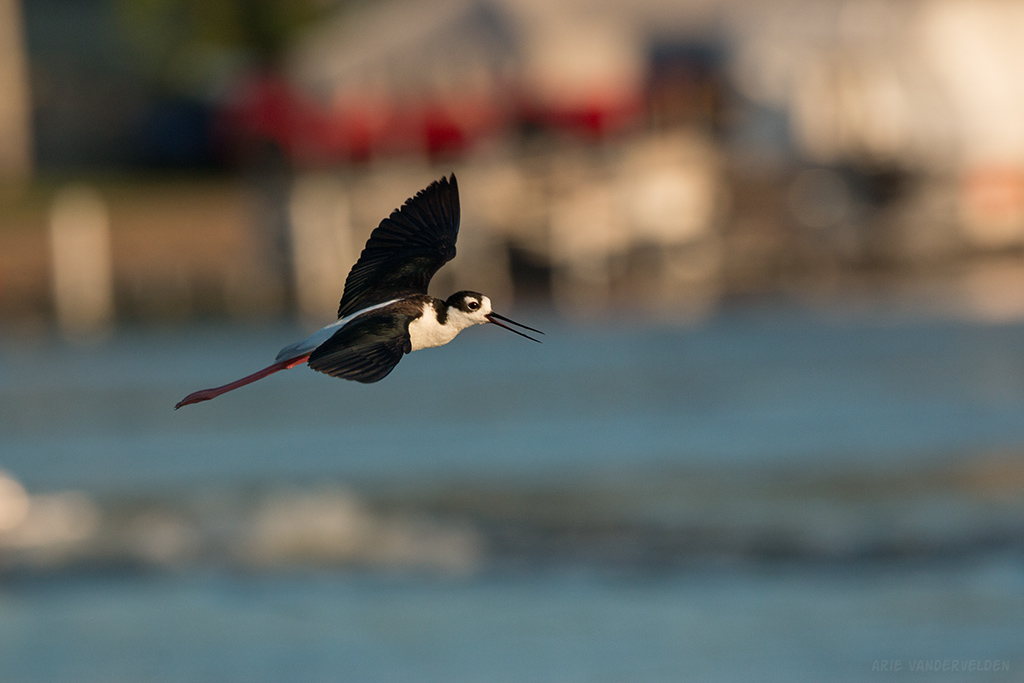 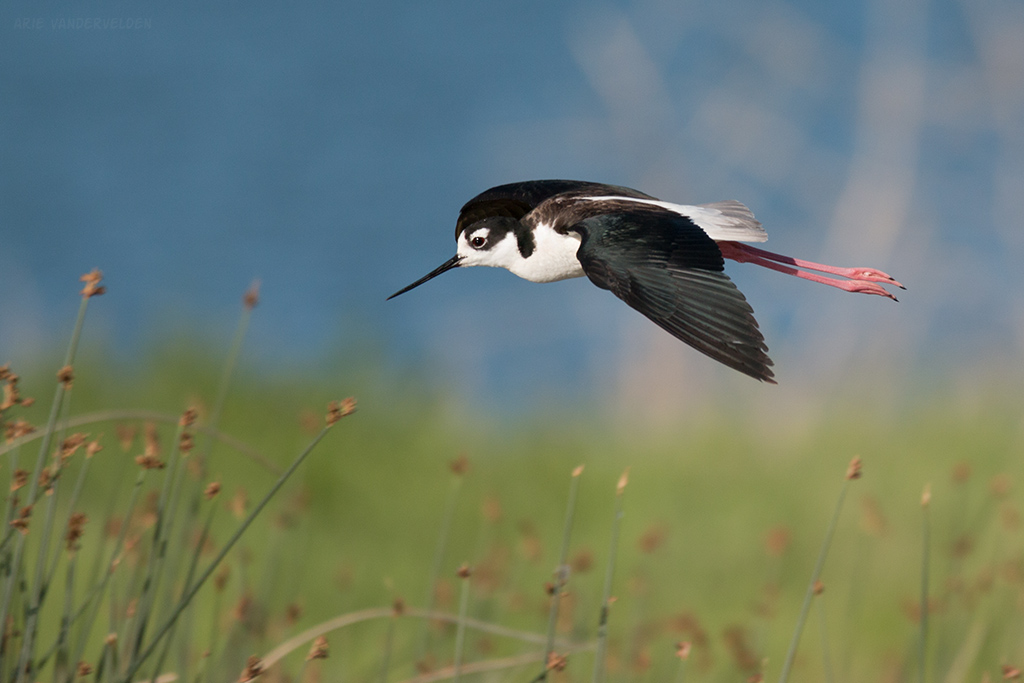 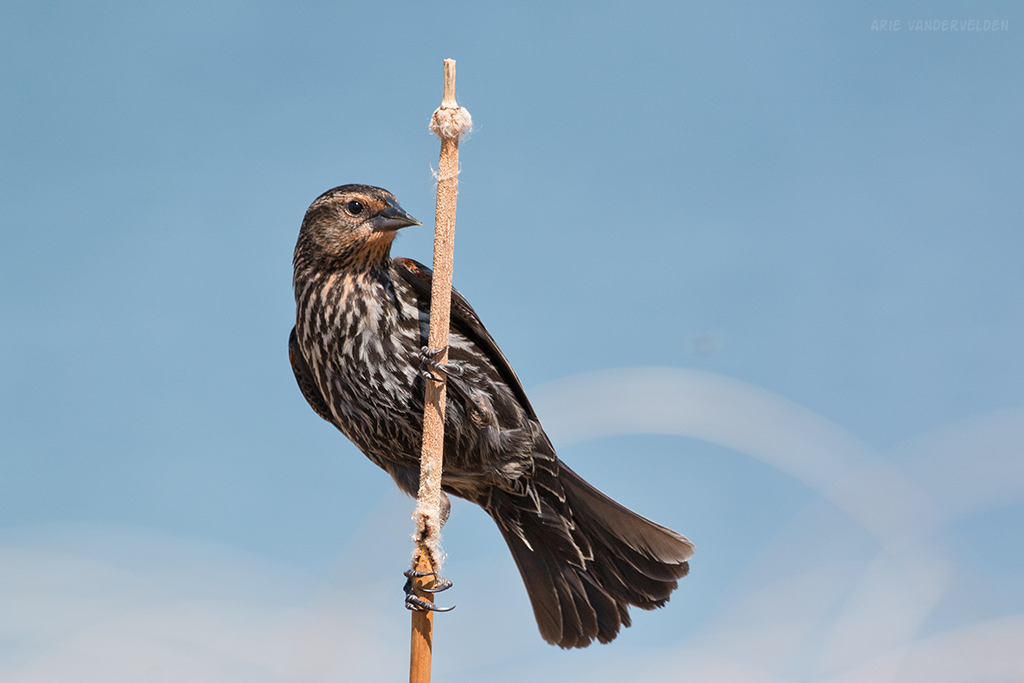 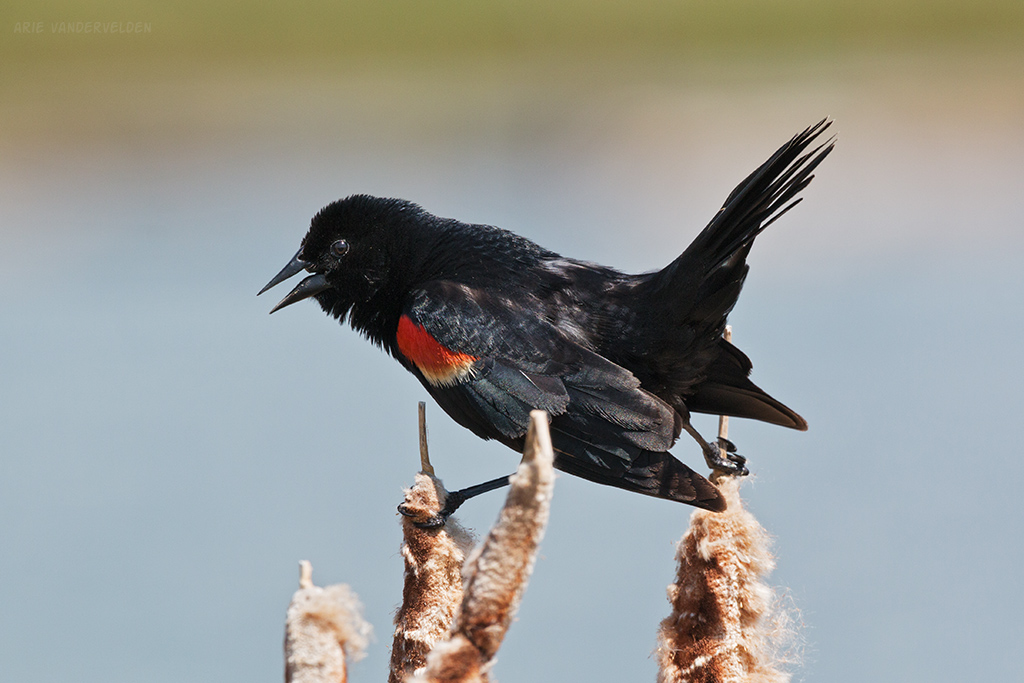 Owl in a barn, near Trochu. 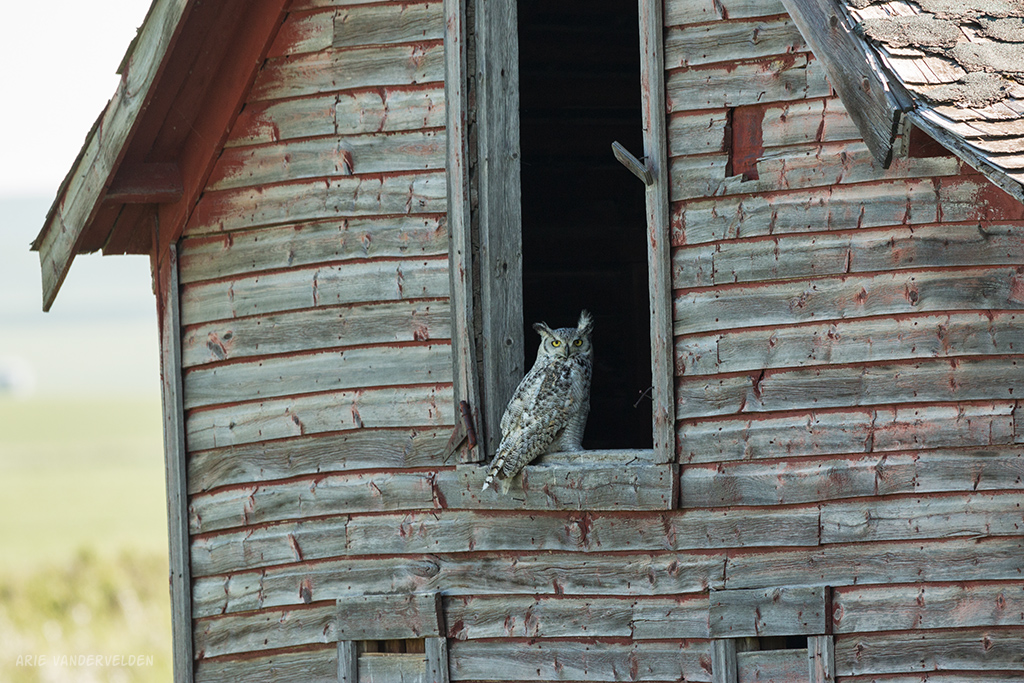 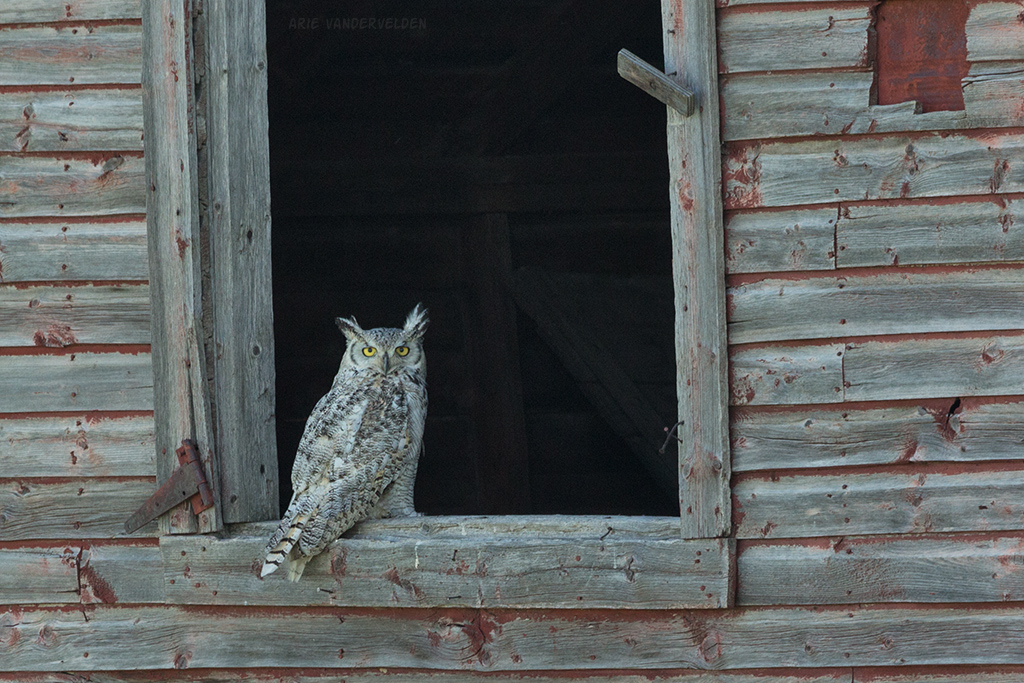 This Eastern Kingbird had a nest in the eavestrough of our cottage at Rochon Sands.  We watched it come and go. 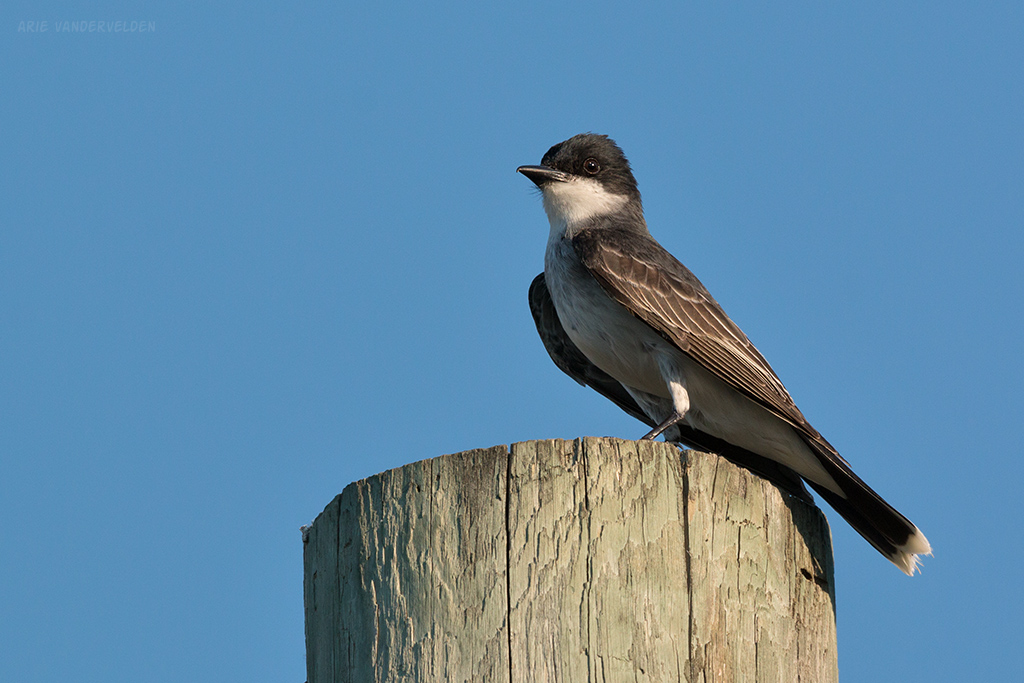 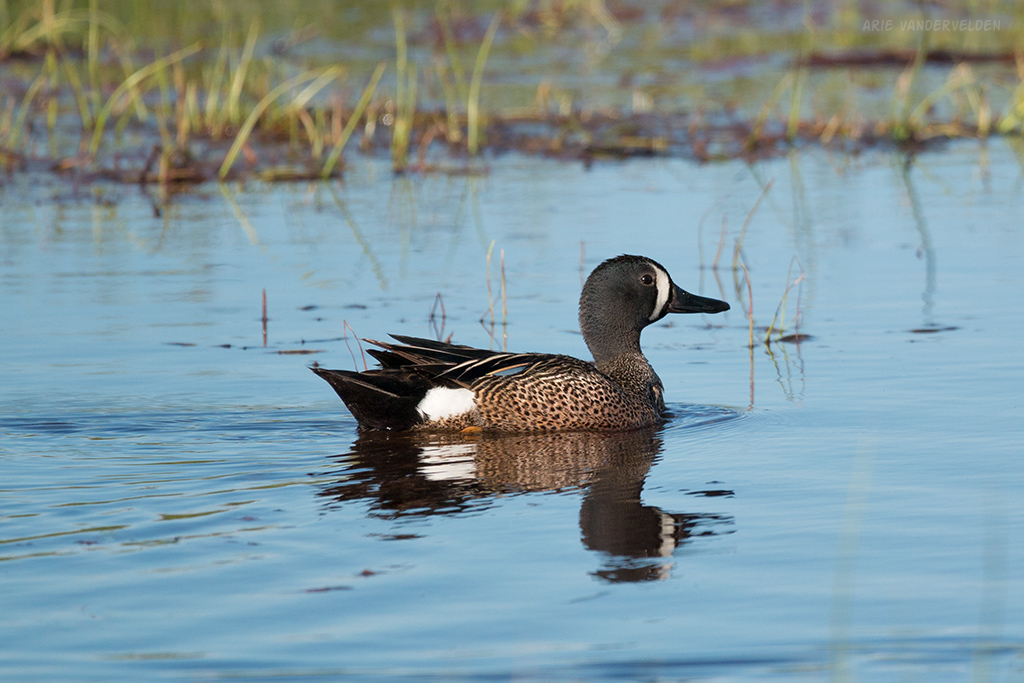 Diana and her father, chilling out on a very hot day. 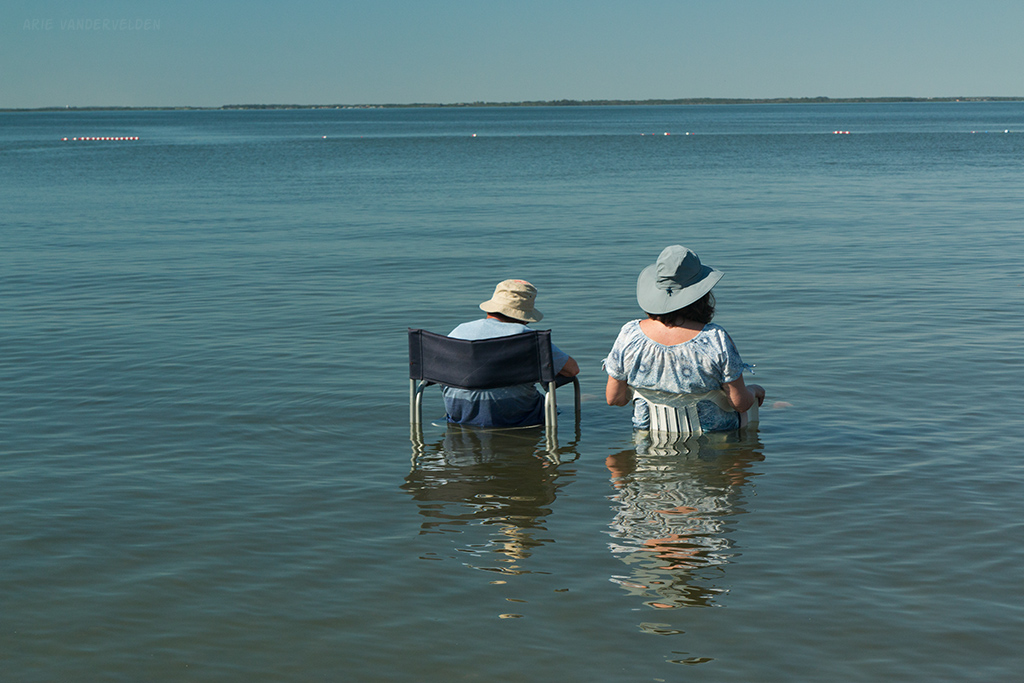 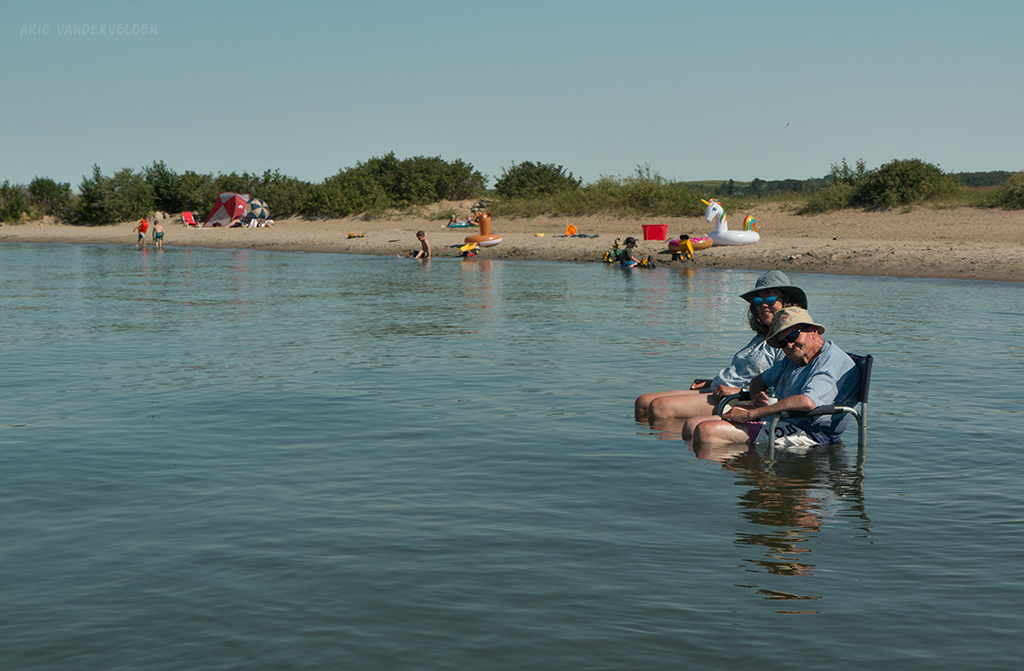 Diana swims in Buffalo Lake, trying to keep cool while under the “heat dome” 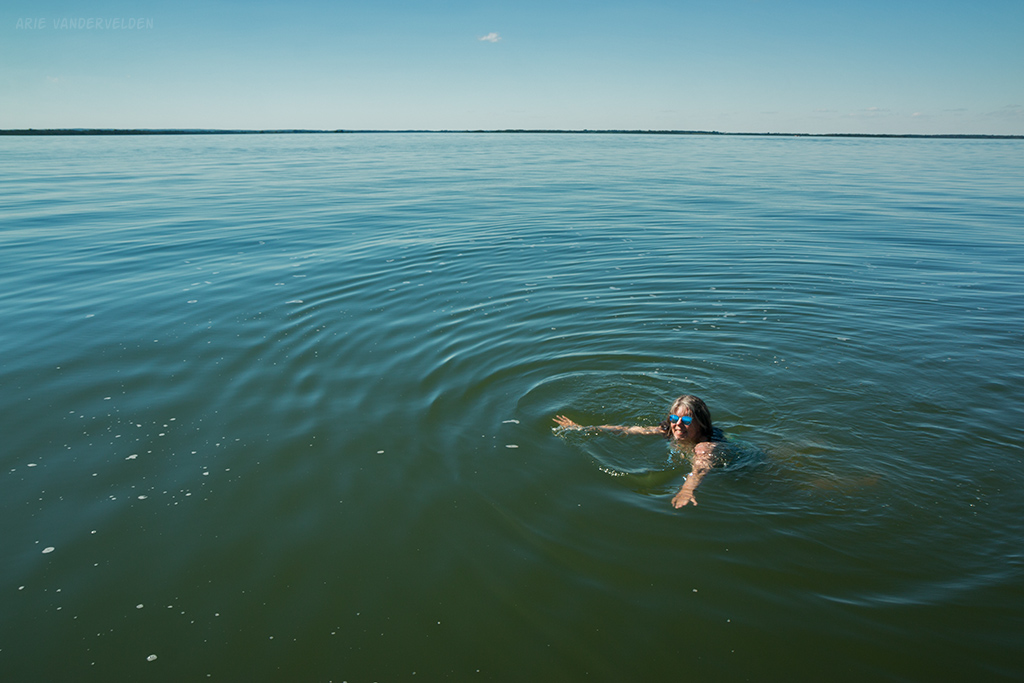 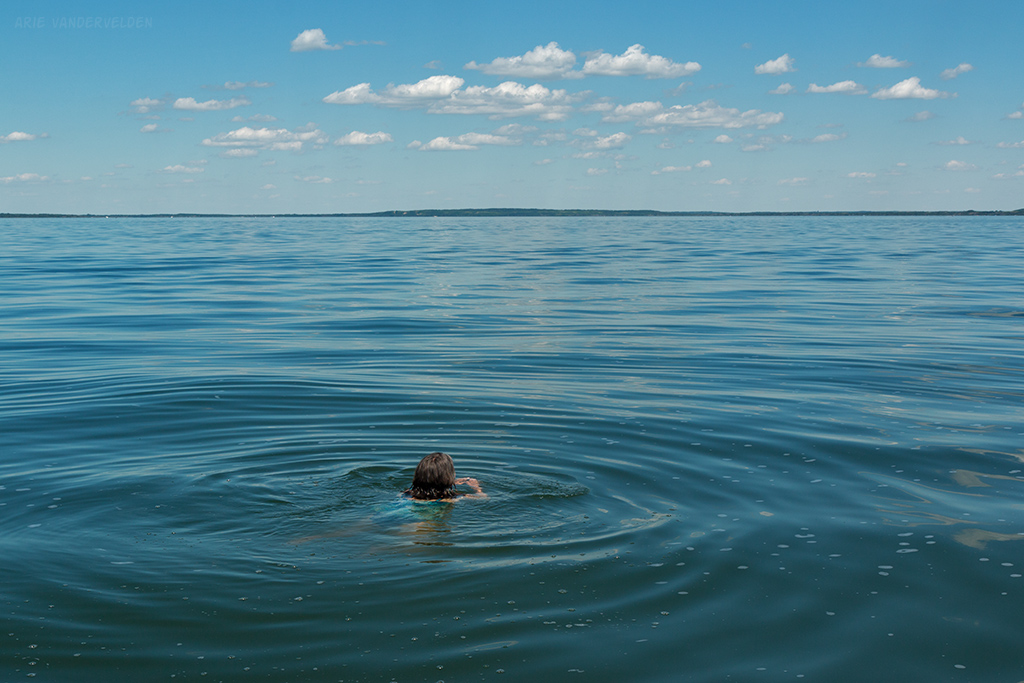 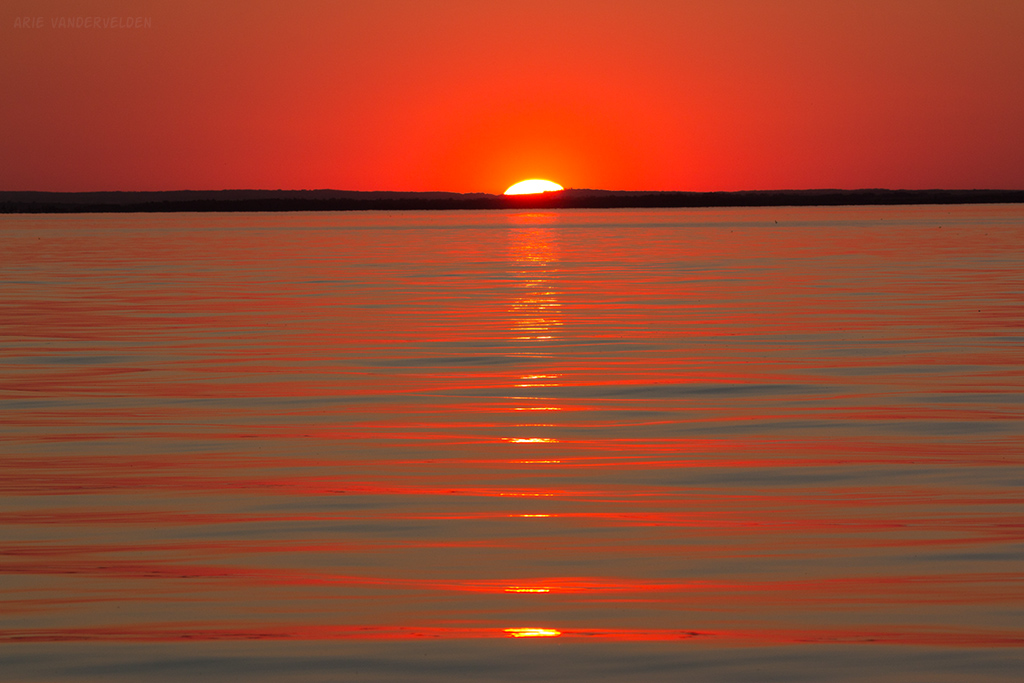 The night sky at Bev Anderson’s farm.  Some noctilucent clouds were visible on the horizon. 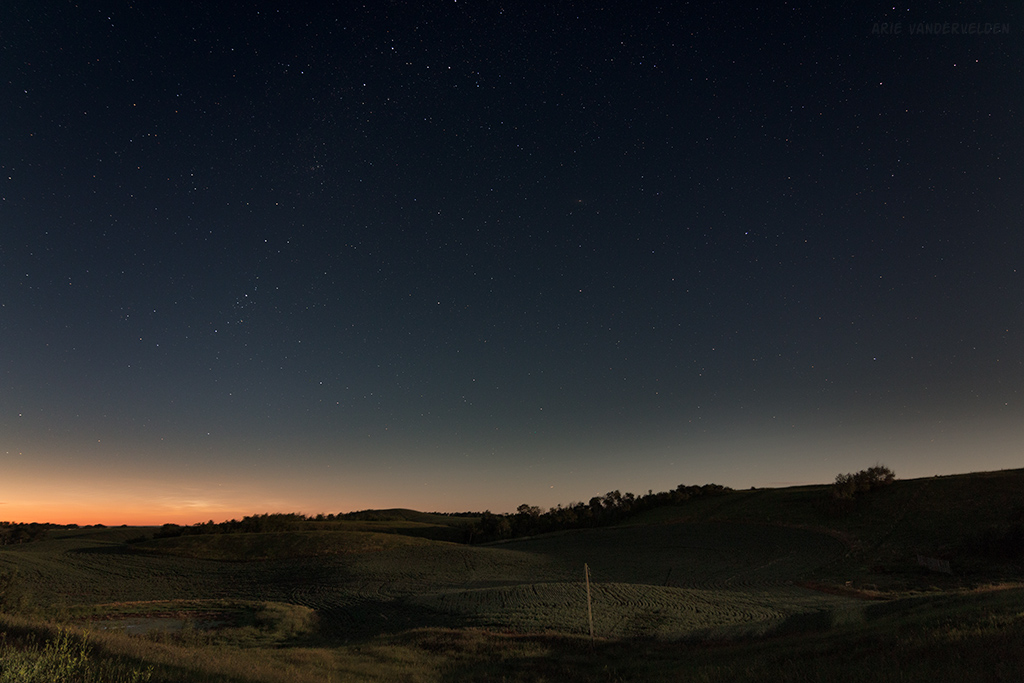 There were fireflies in Bev Anderson’s farmyard. 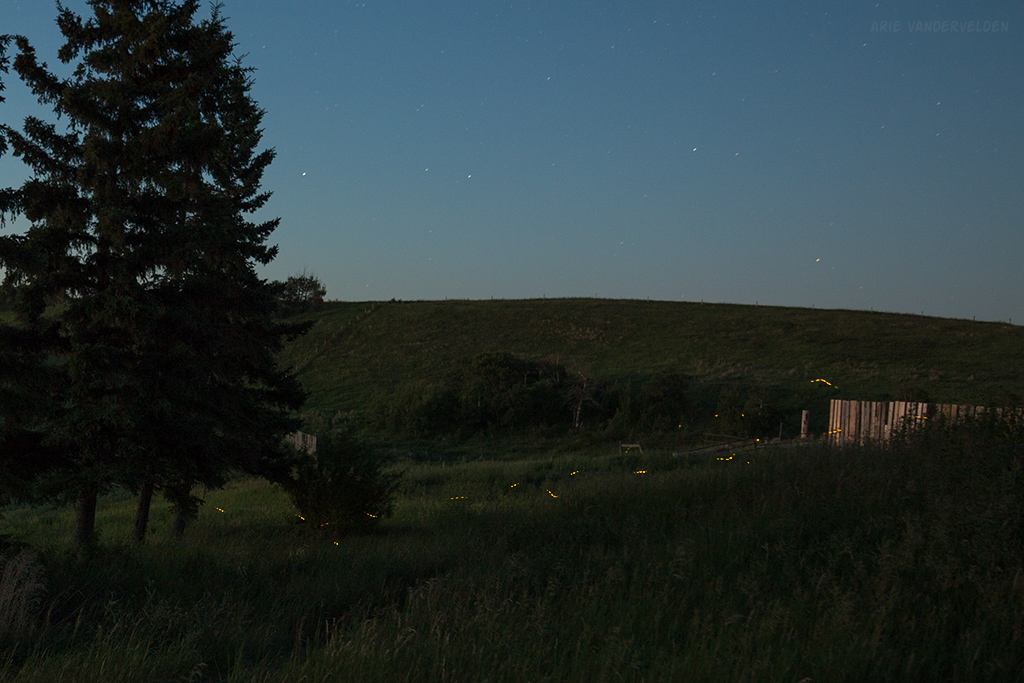 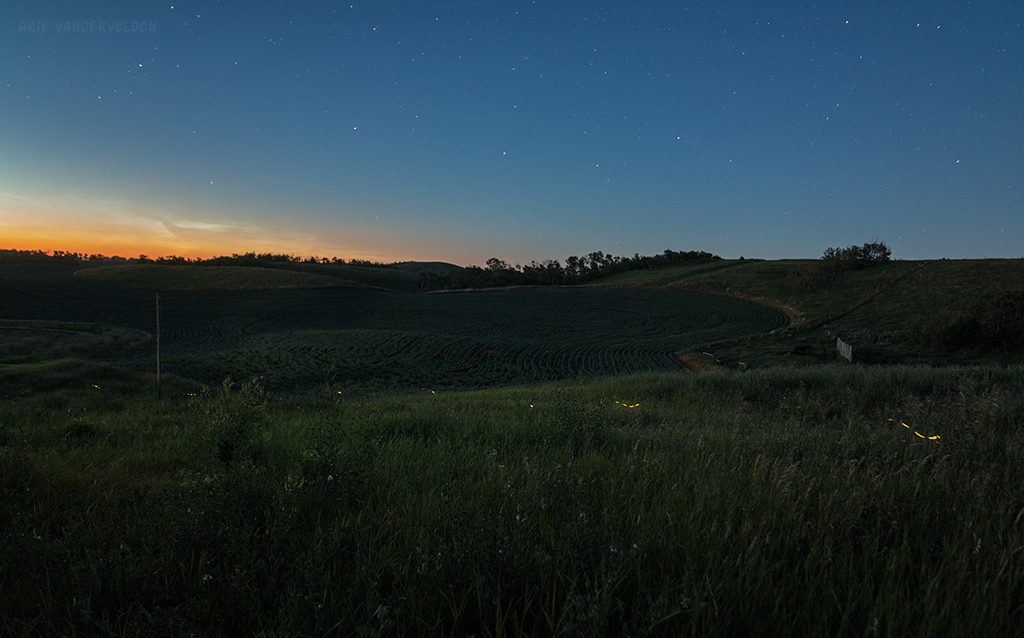 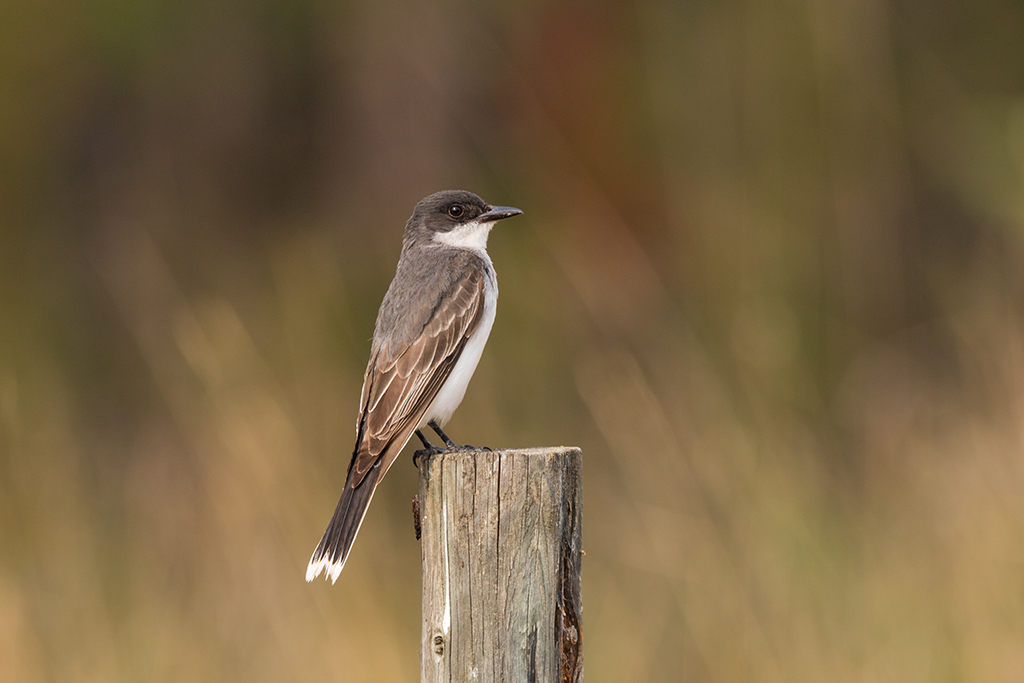 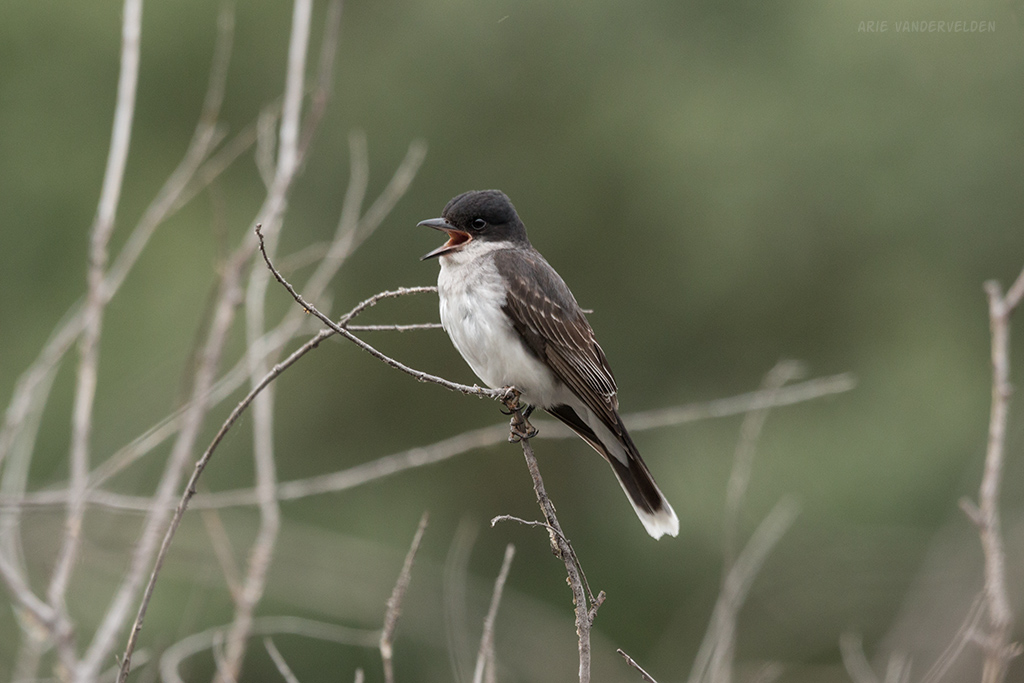 Chipping sparrows perching on weathered boards of an old corral. 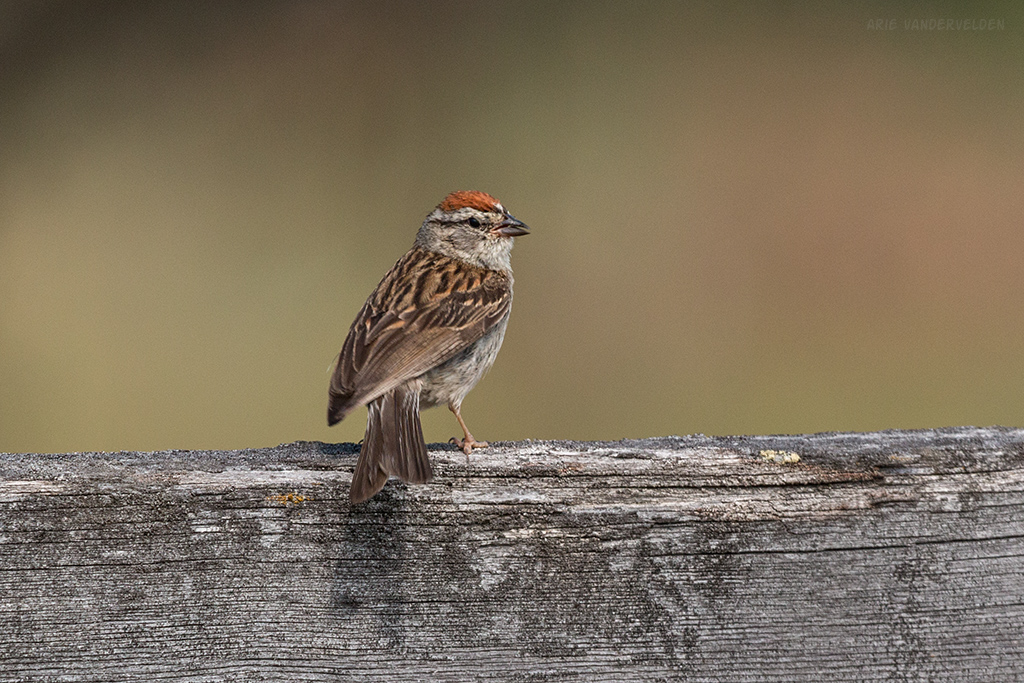 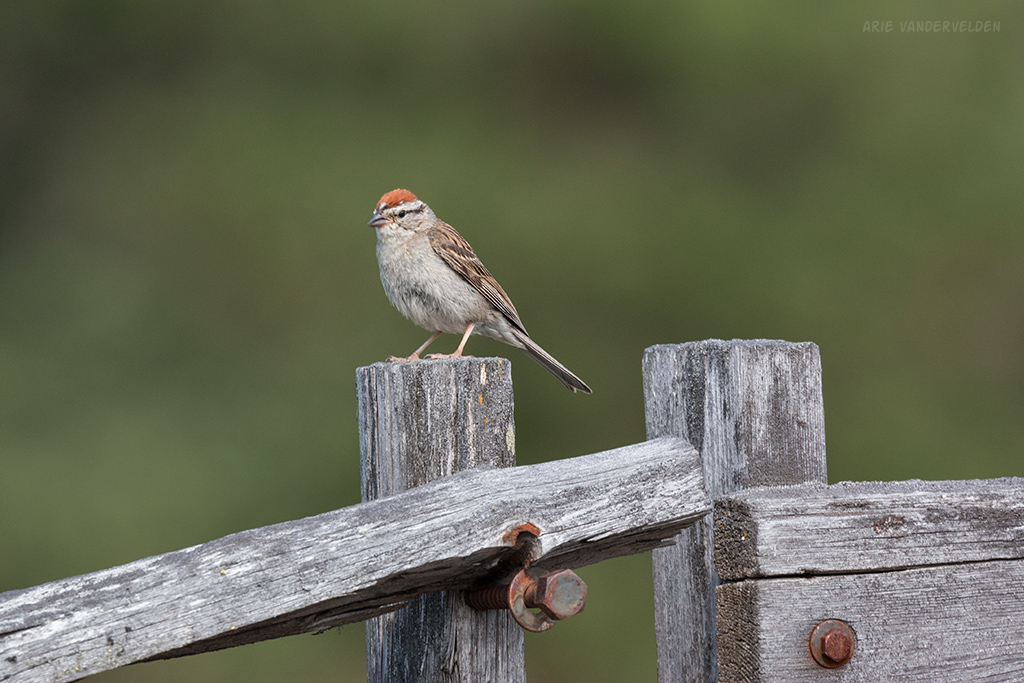 Damselflies perching on stalks of grass.  These pretty insects are experts at hunting mosquitos, snatching them out of mid-air. 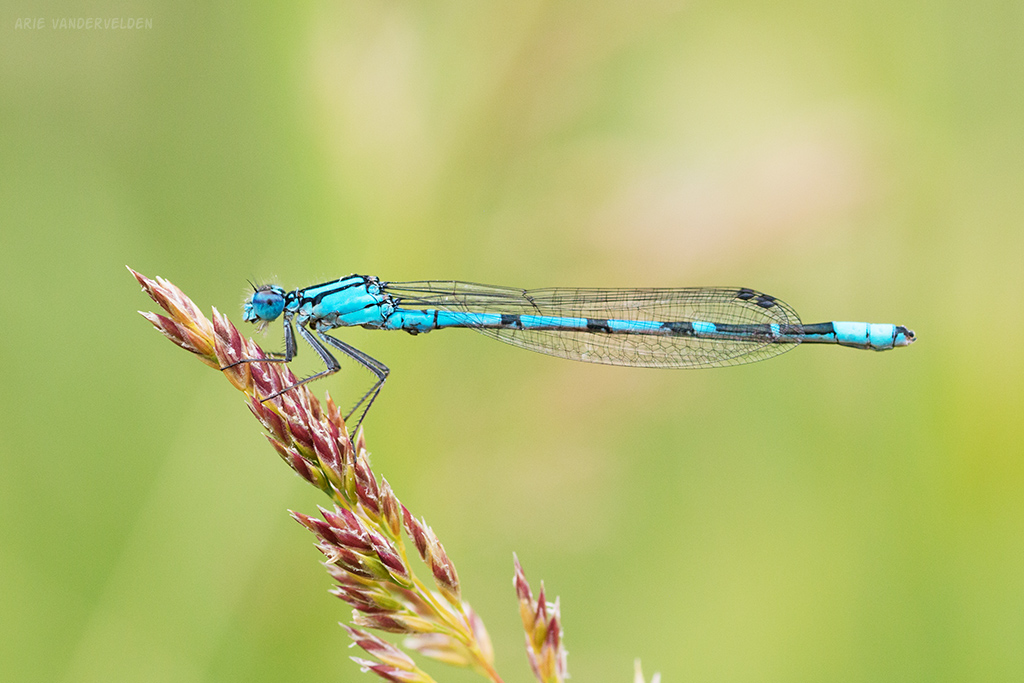 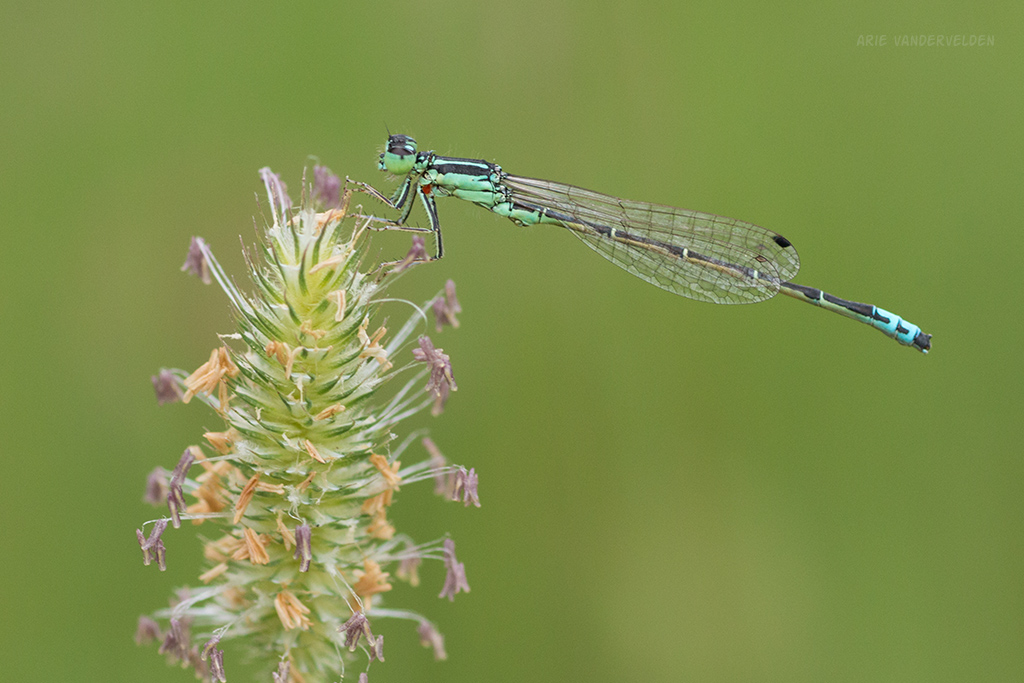 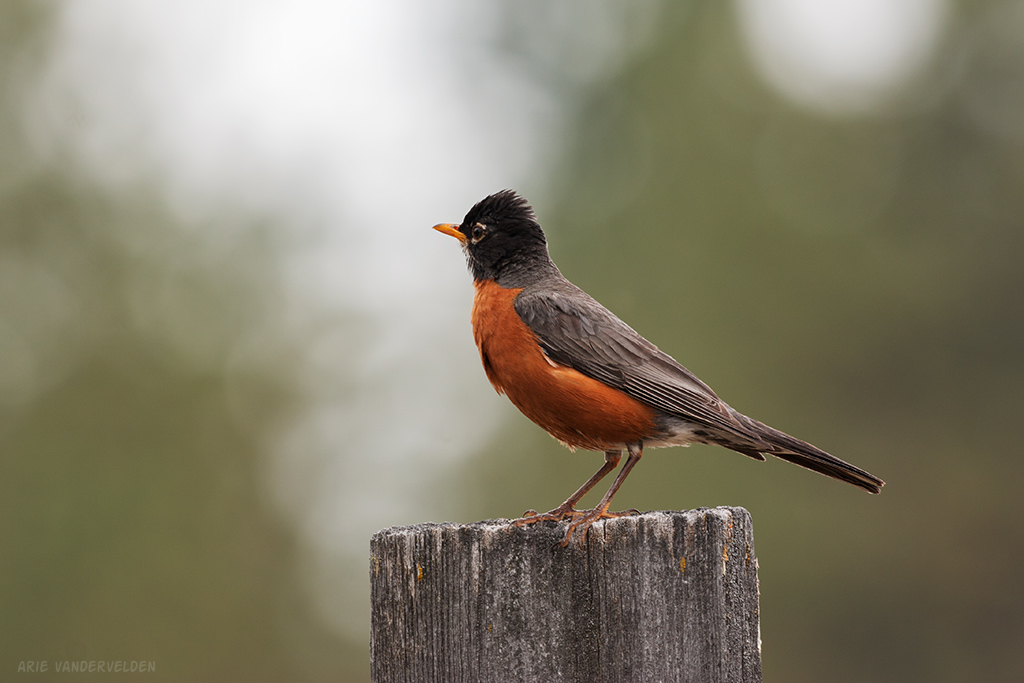 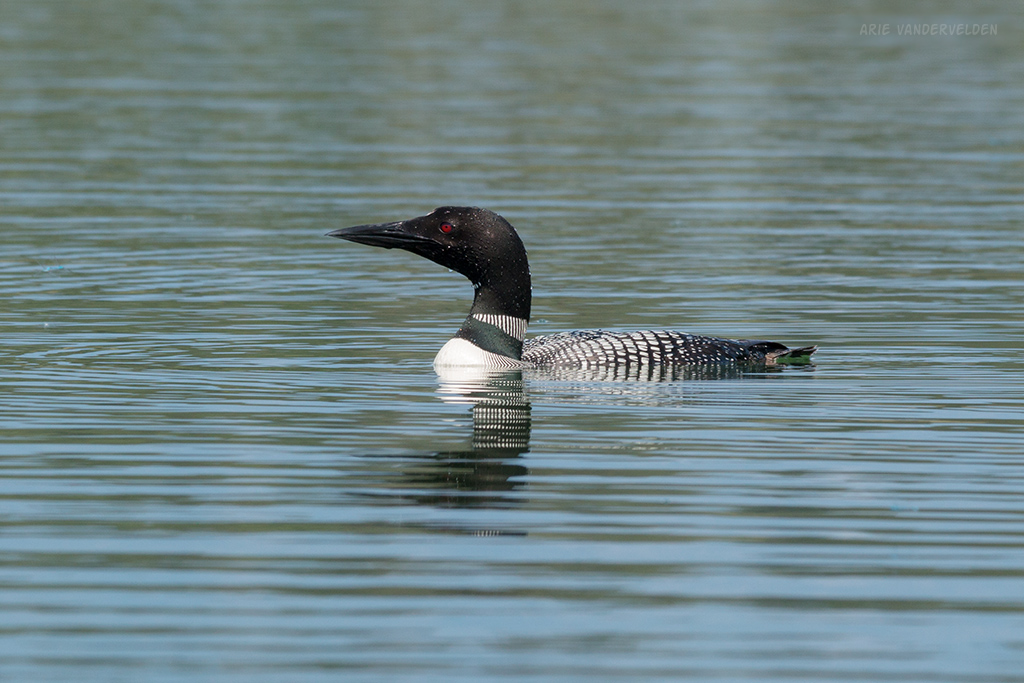 While visiting my parents in British Columbia, we tried to beat the summer heat by going to the lake. 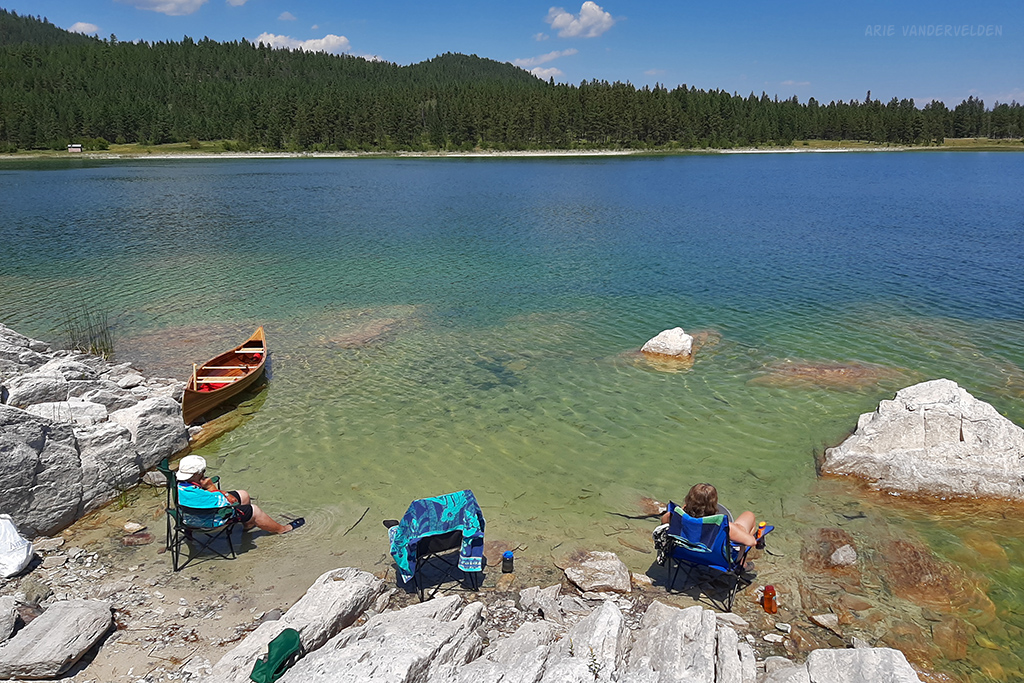 My brother and his wife recently bought a 270-acre piece of land with amazing views of the surrounding mountains.  They are picking possible building sites, and Diana and I walked their land with them to have a look around. 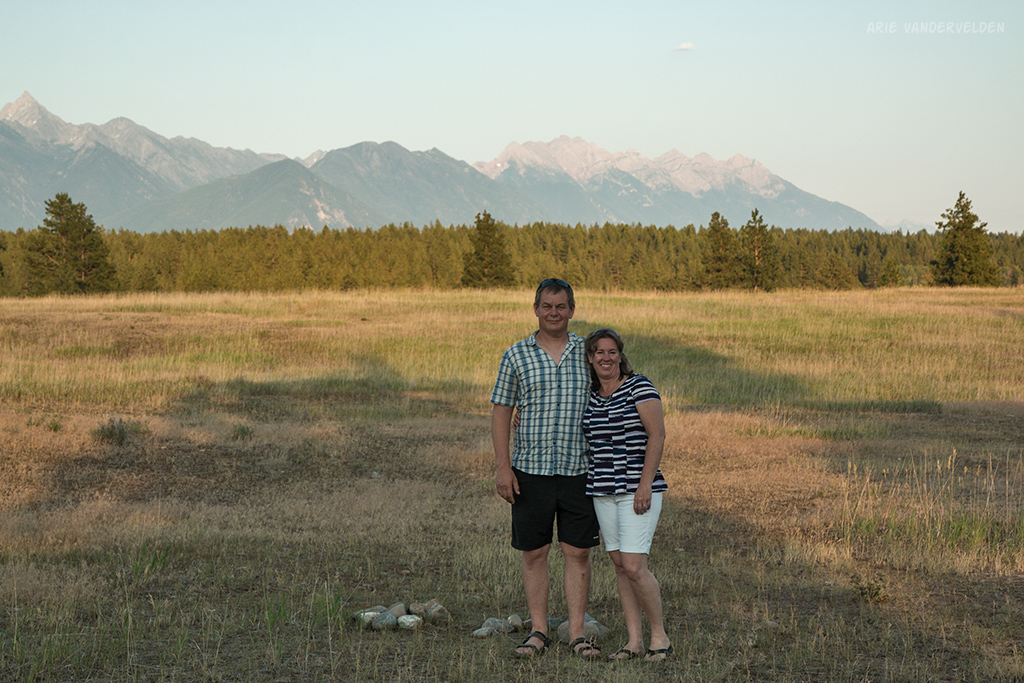 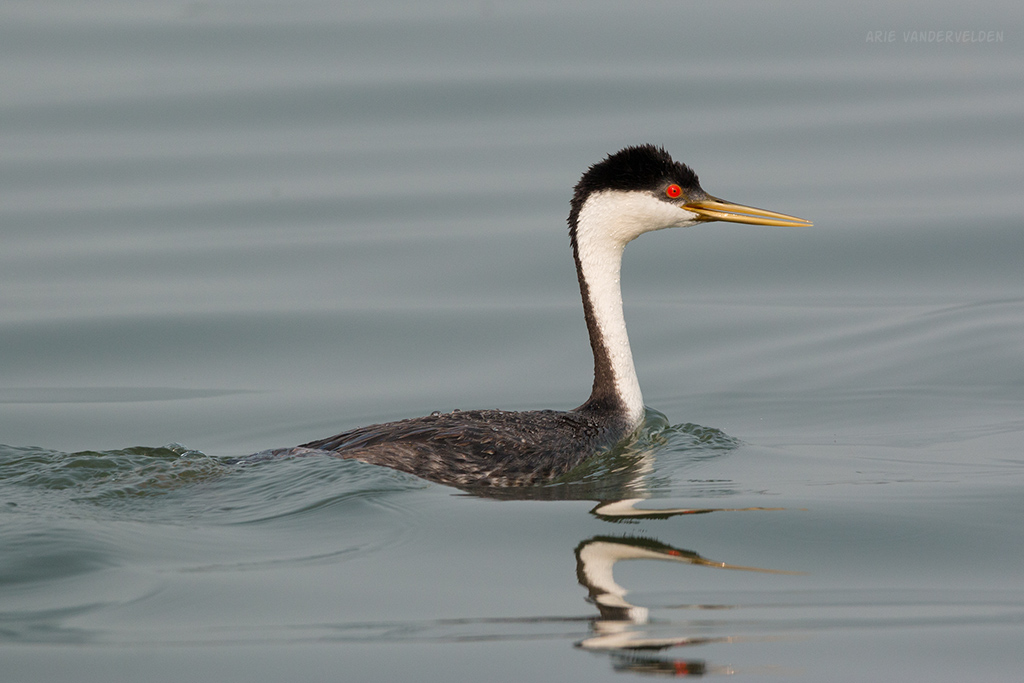 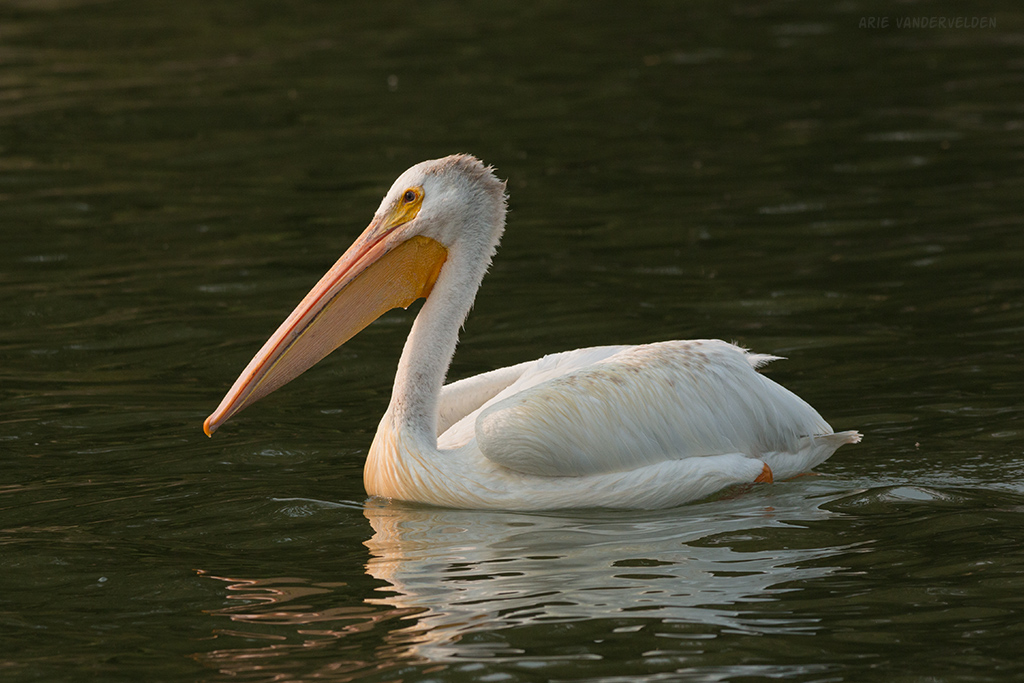