This is part three of our Pembrokeshire hike.  Read about part one and part two.

After hiking through some less-than-perfect weather earlier on in the week, the skies cleared for the last leg of our hike: Manorbier to Tenby.  We took public transportation from Newgale to Manorbier, changing buses in Pembroke.

The village of Manorbier has an 11th century Norman castle. 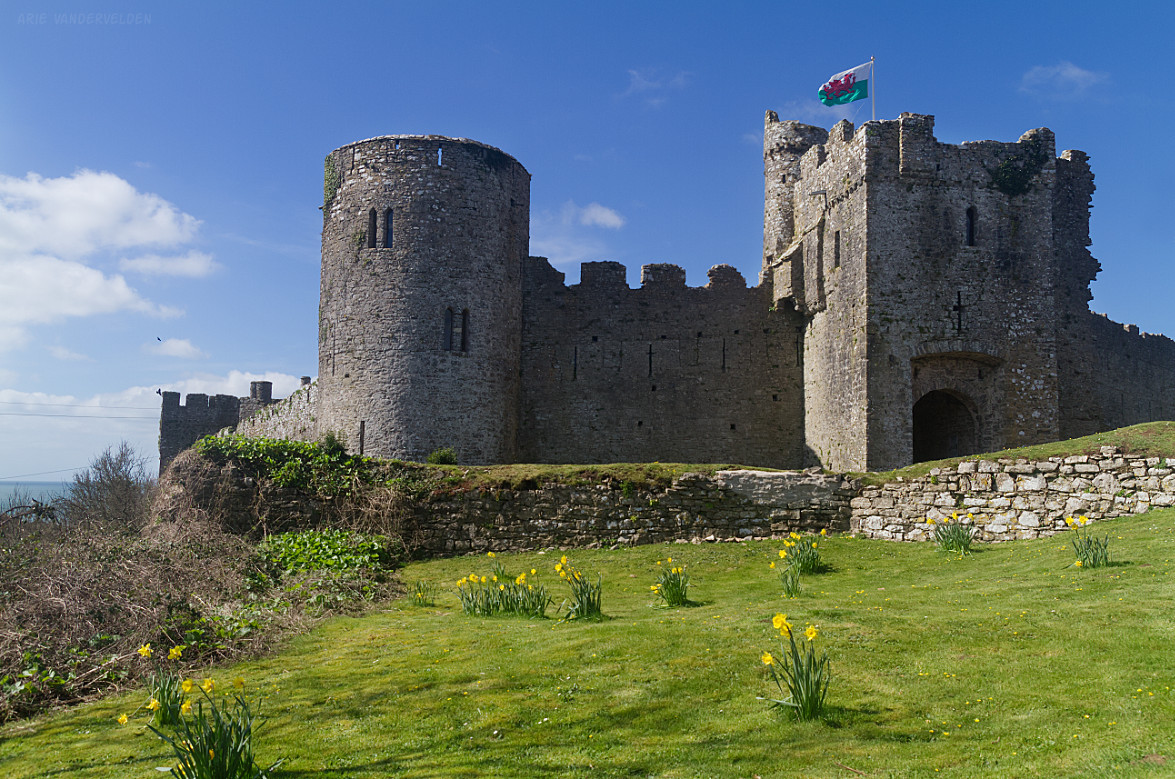 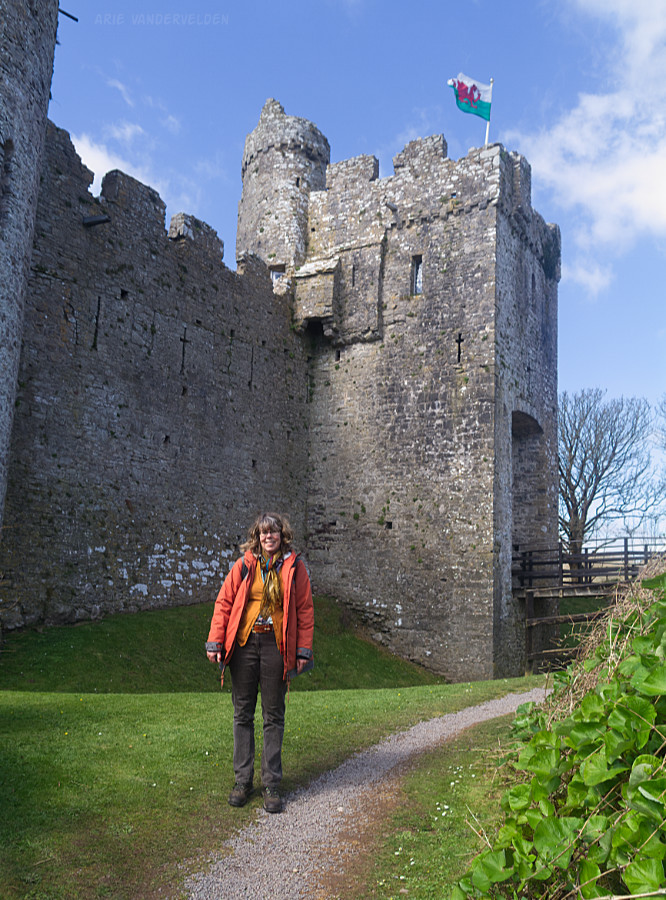 From the castle tower there is a view of the sea. 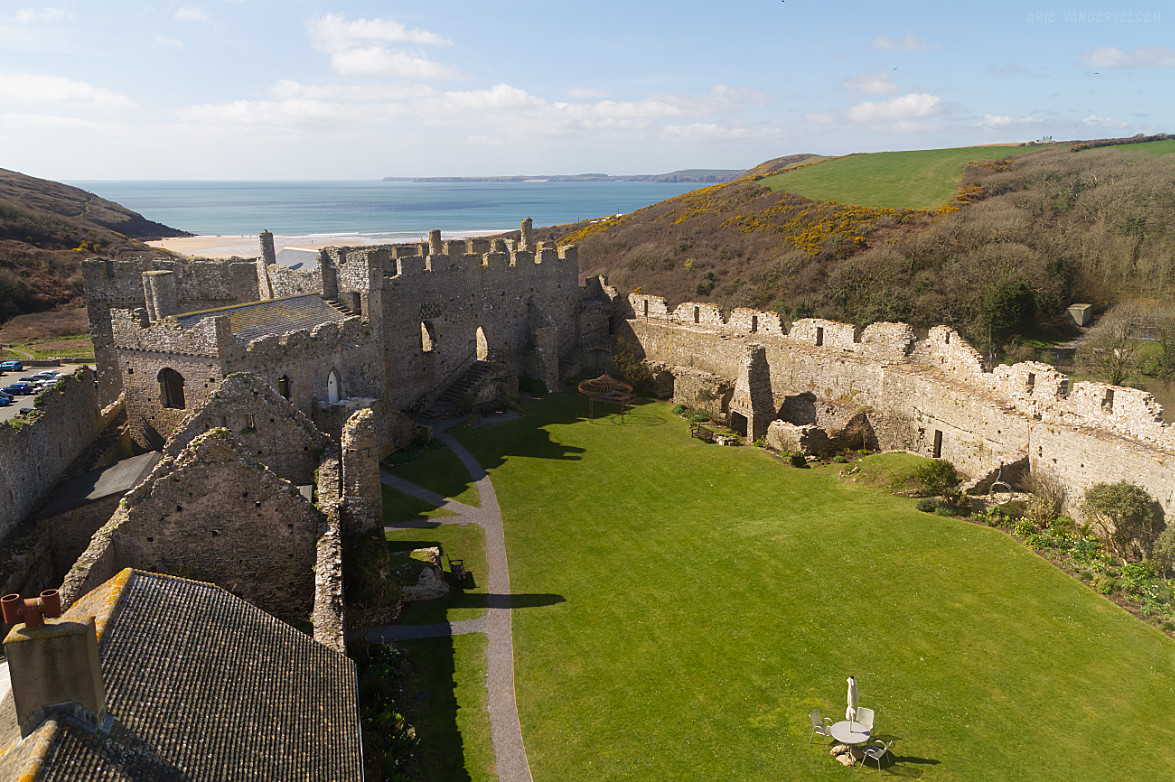 Across the little valley is a church.  When we visited the church they had a booksale to raise money, and Diana bought several books. 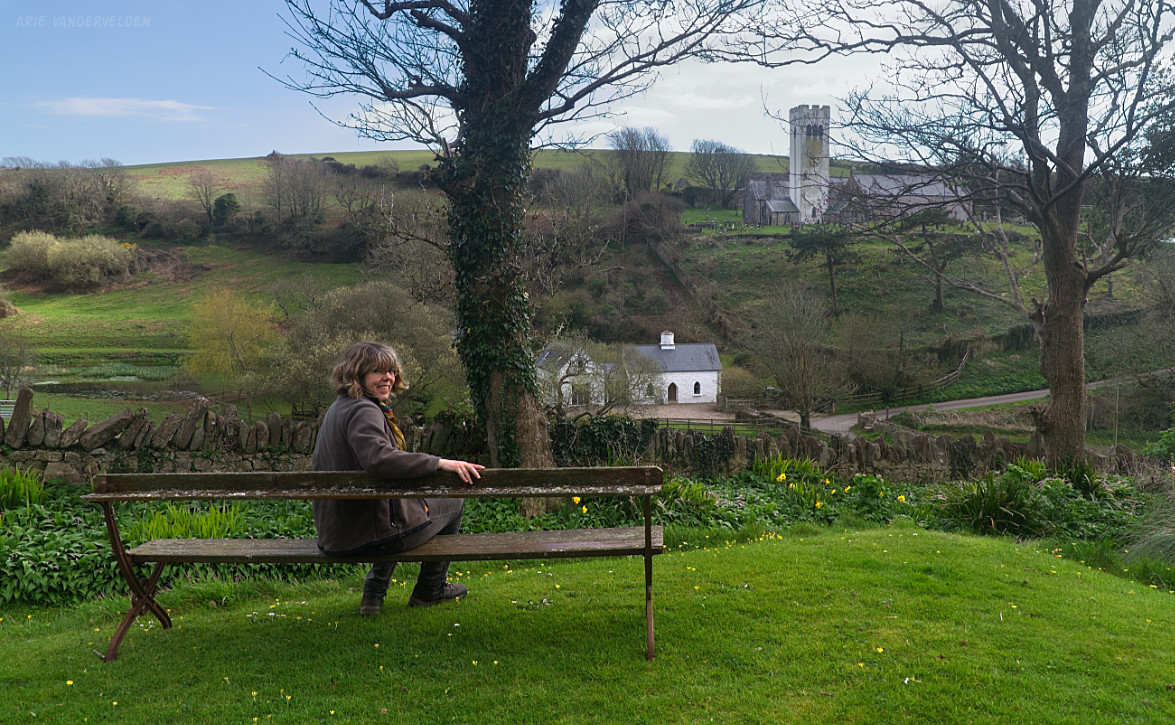 At the bottom of the valley is a beautiful little beach.  We relaxed and soaked up some sunshine. 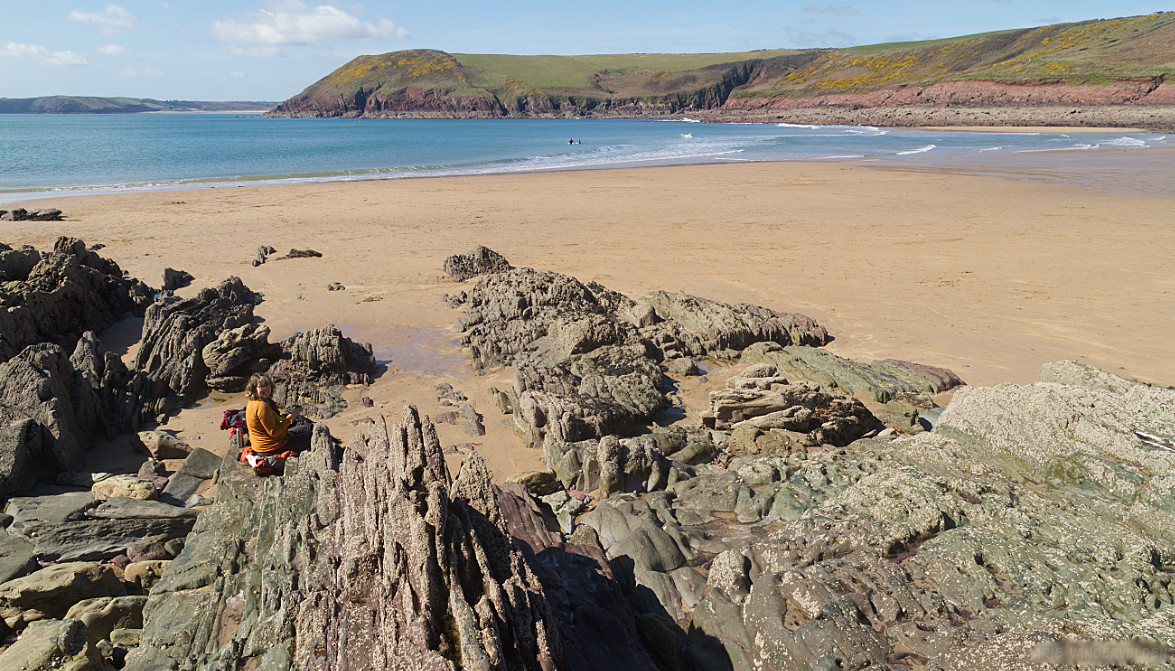 For happy hour we brought to the beach some cider and pickled cockles on melba toast.  An odd combination – I know. 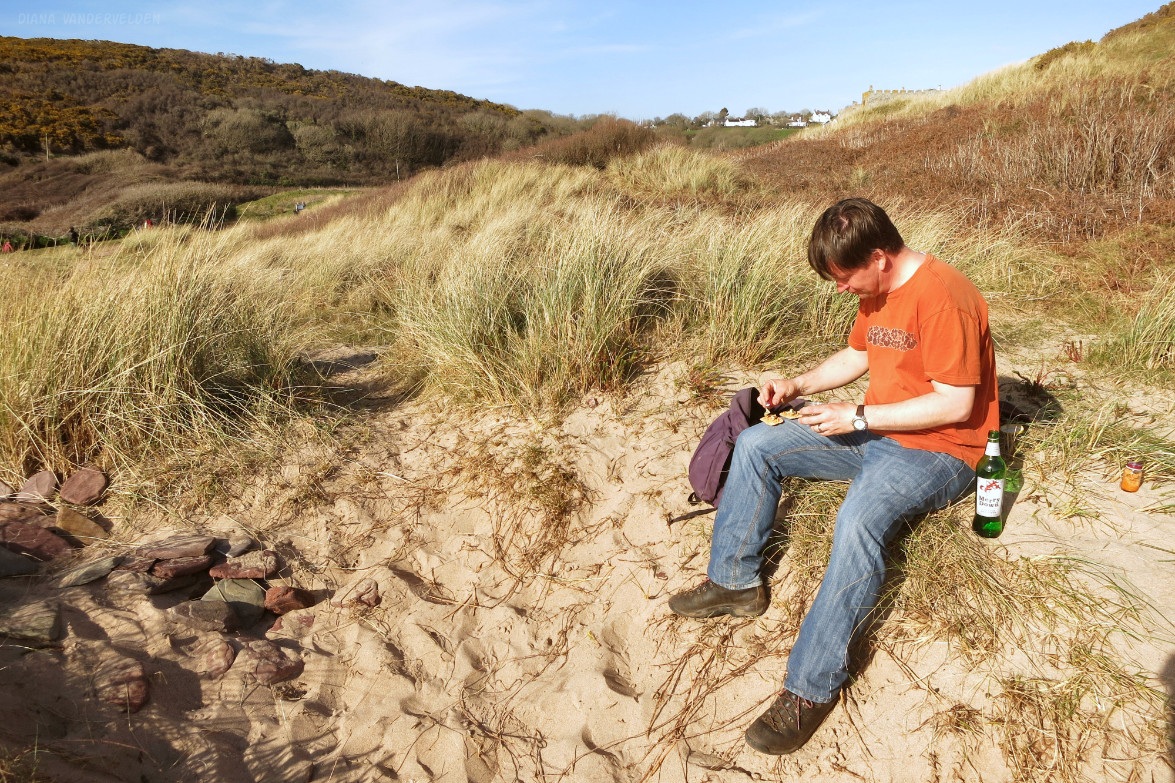 Watching the sun go down. 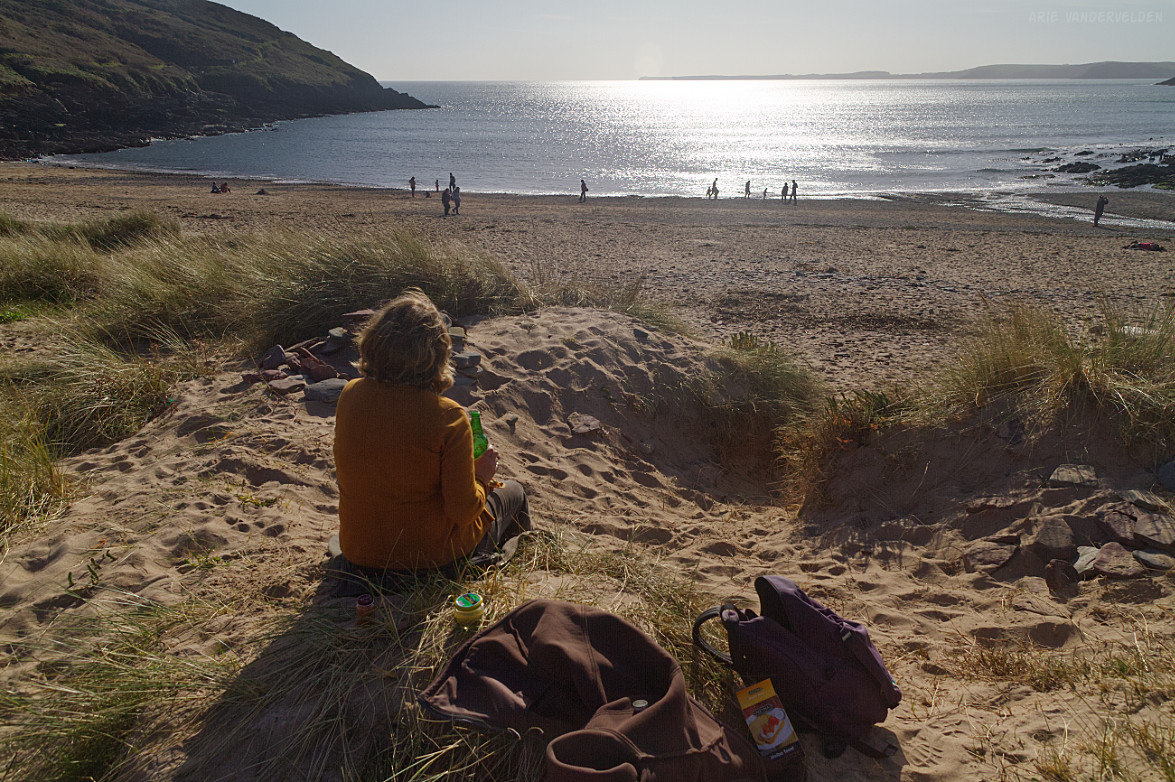 The trail begins by Manorbier beach.  After rounding the first corner the scenic delights begin. 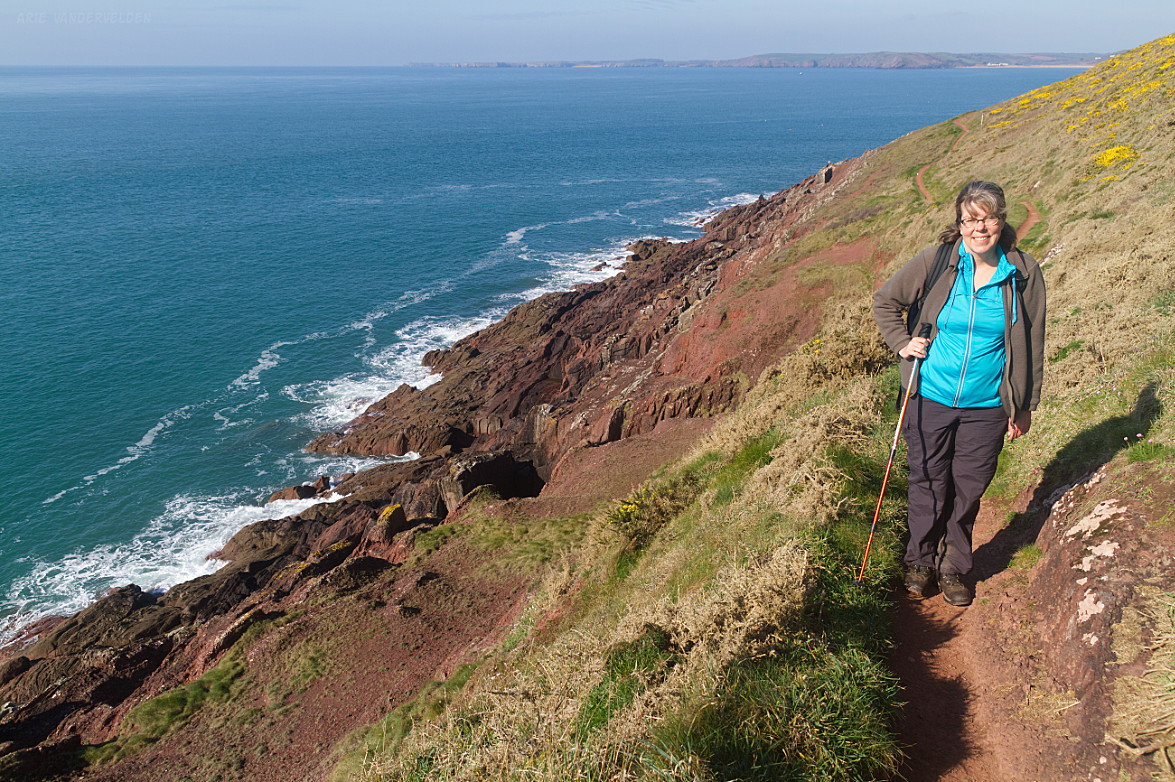 Ahead, we got a good view of the steeply dipping sandstone layers of the Devonian-aged  Old Red Sandstone.  The Old Red Sandstone is thought to correlate to the Catskill Delta in Pennsylvania and New York.  This correlation provided some early evidence for plate tectonics, and for this reason this geological formation is well-known to many geologists.  In any case, the tower of red sandstone in the middle of this picture is referred to locally as the Priest’s Nose. 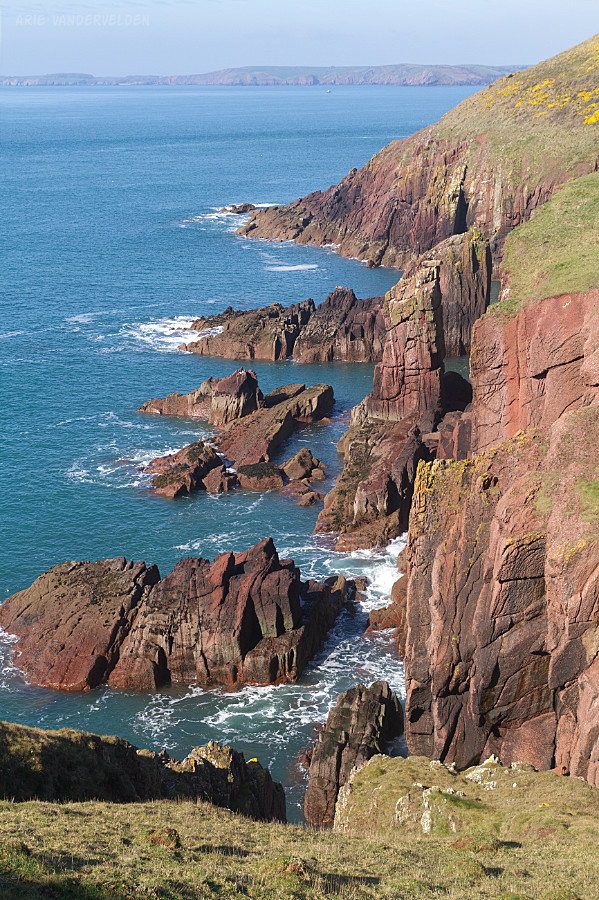 Ahead was Precipice Beach. 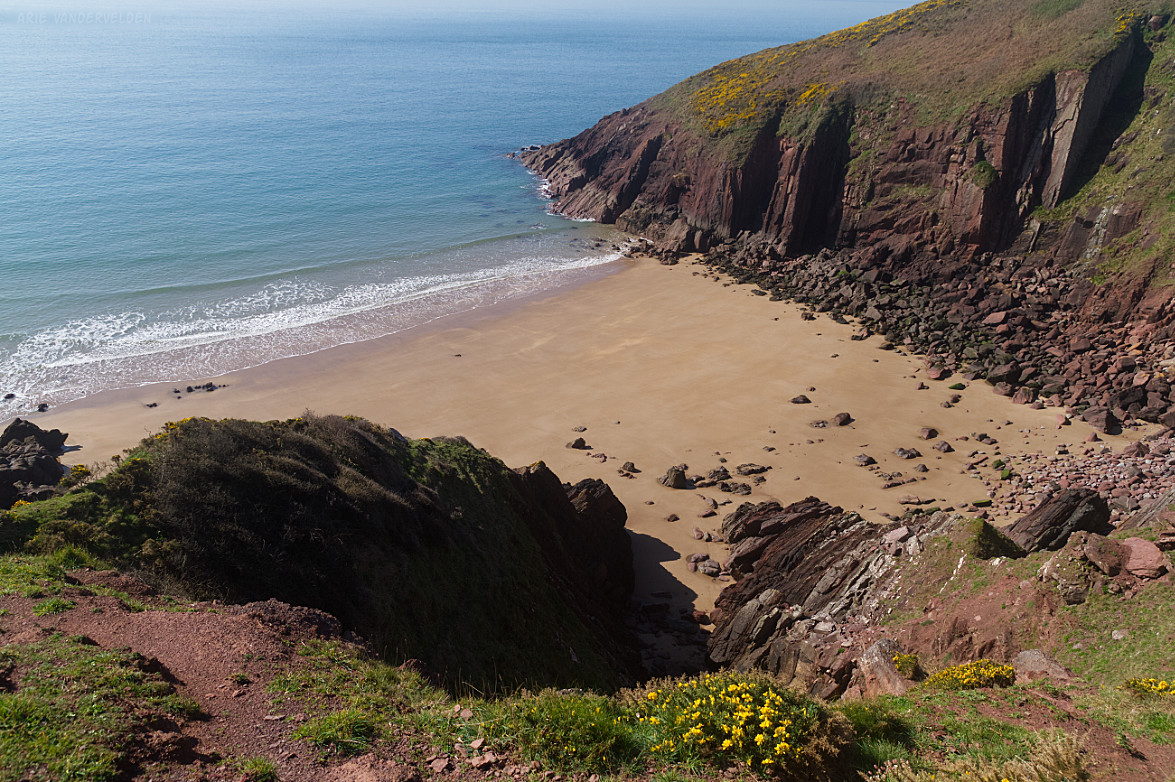 We descended down a steep path to take a look. 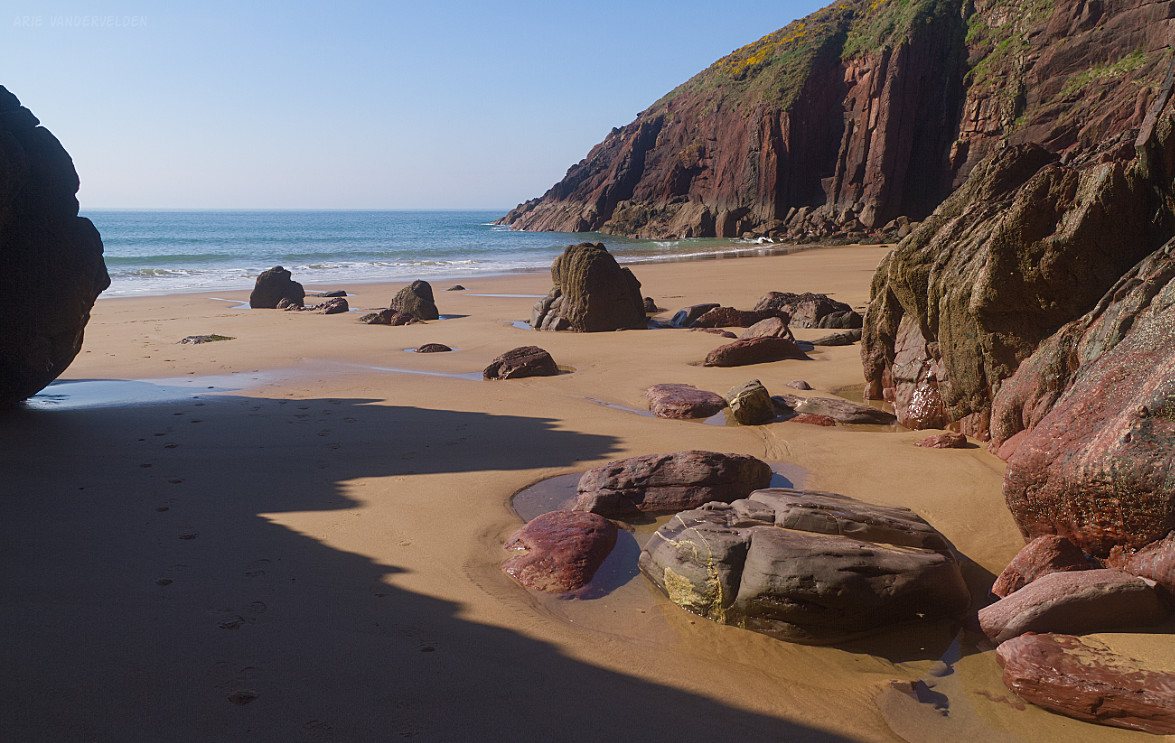 It was a beautiful day, the tide was out, and I kept snapping pictures. 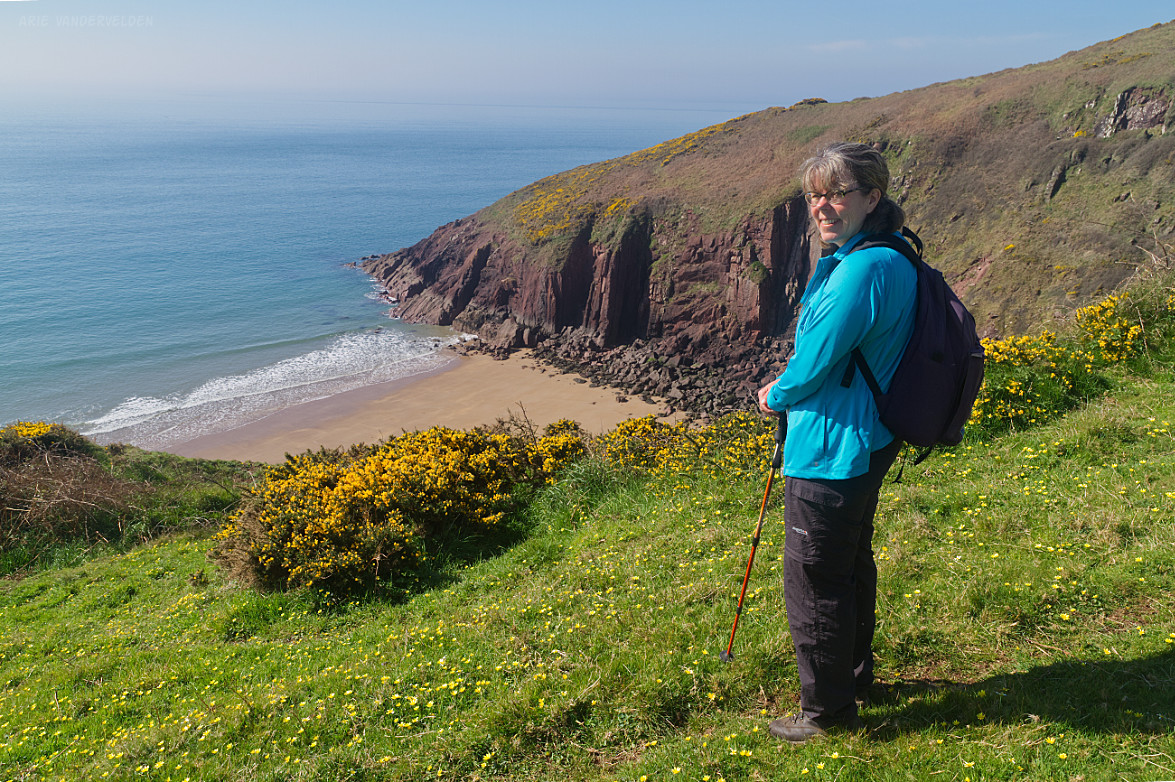 Past precipice Beach is a military base that requires an inland detour.  On the other side of the base is Shrinkle Haven beach, with a famous arch called the Church Doors.   You can see the Church Doors on the rock fin that’s closest to us. 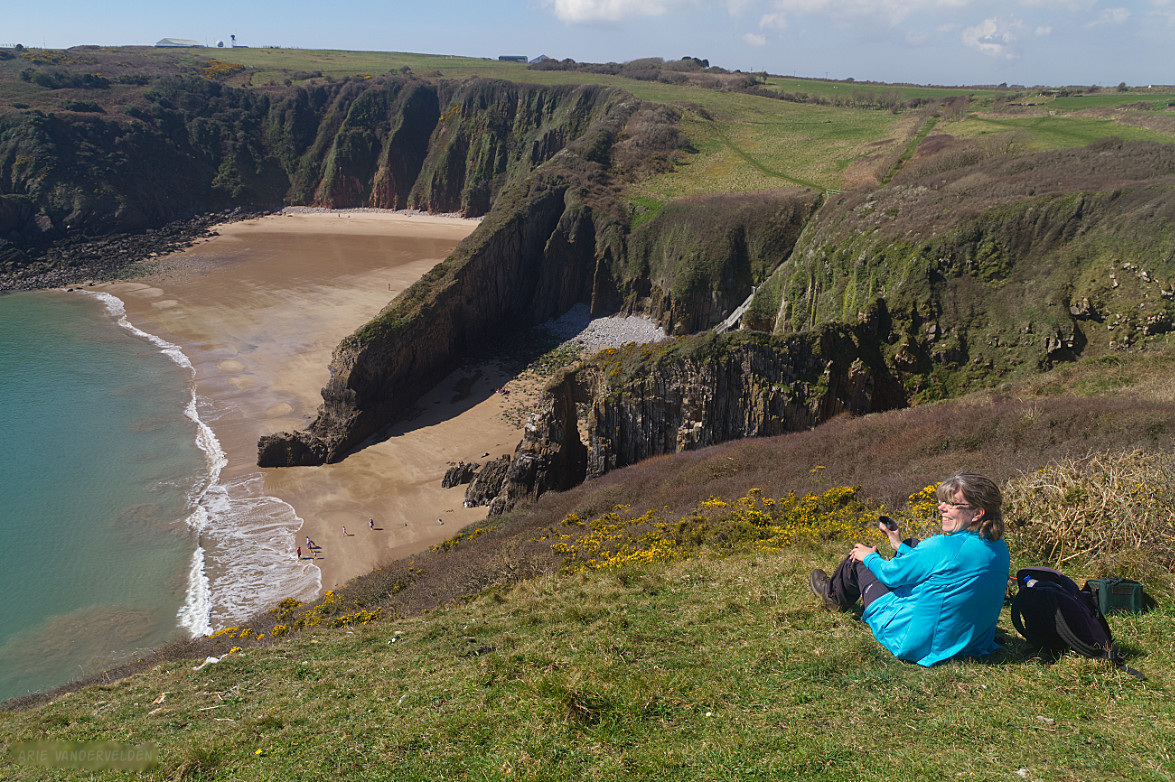 We hiked down for a closer look. 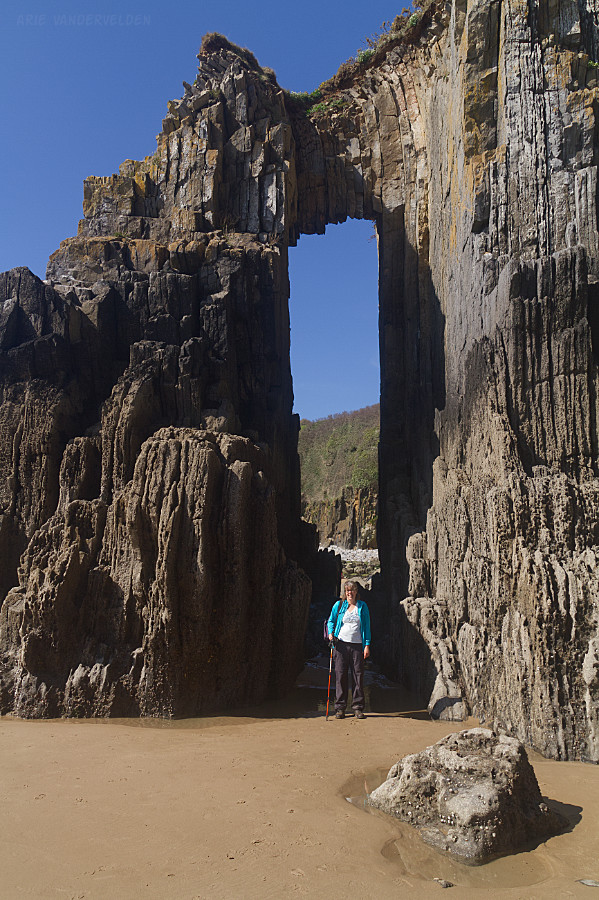 Just a little further on was another spectacular beach. 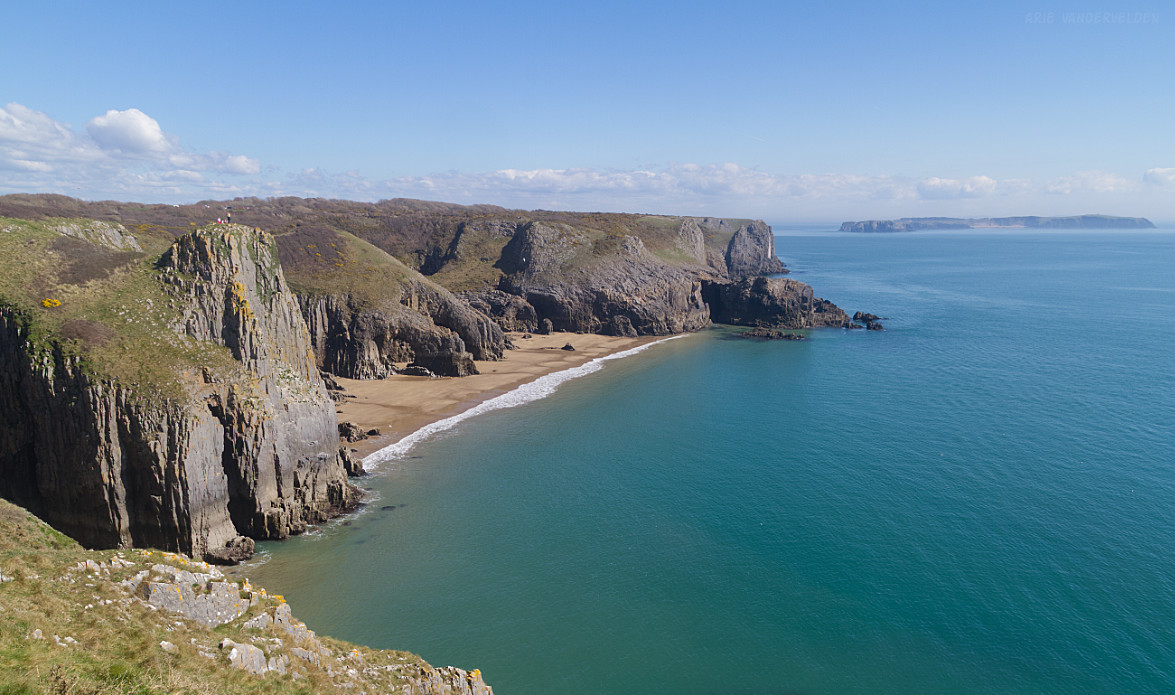 Another beach, another arch. 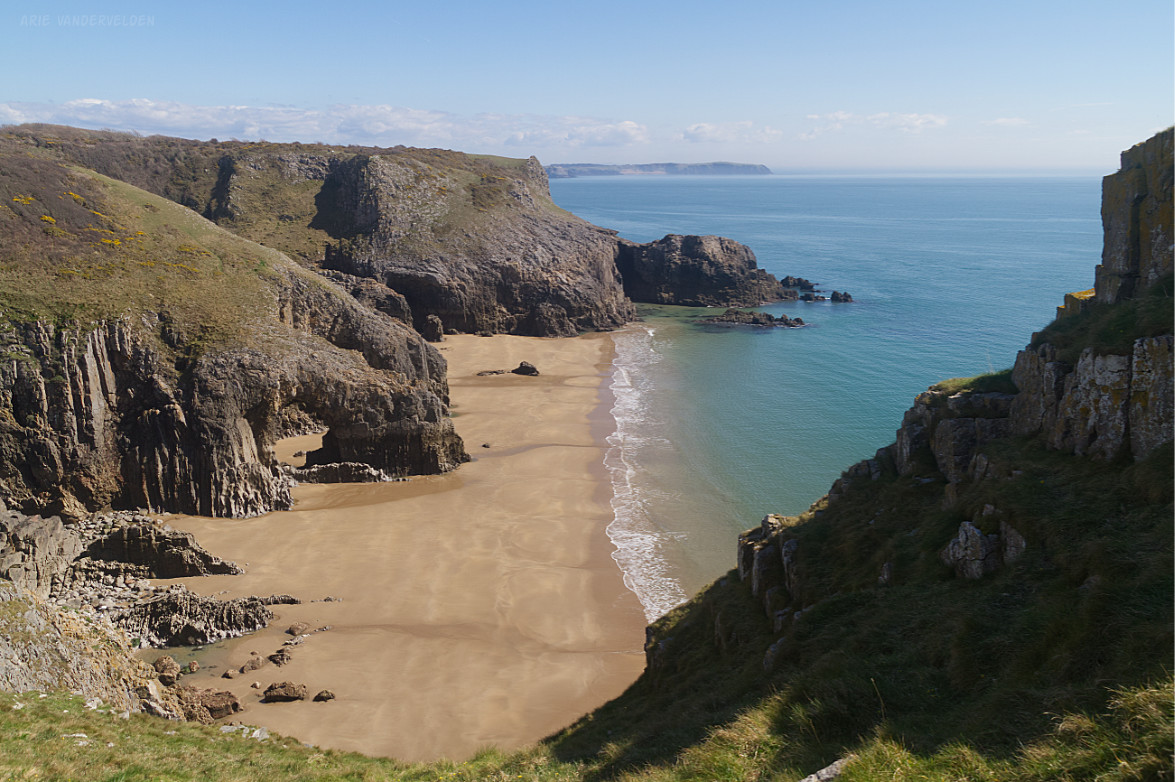 We hiked down to the beach to have a look around. 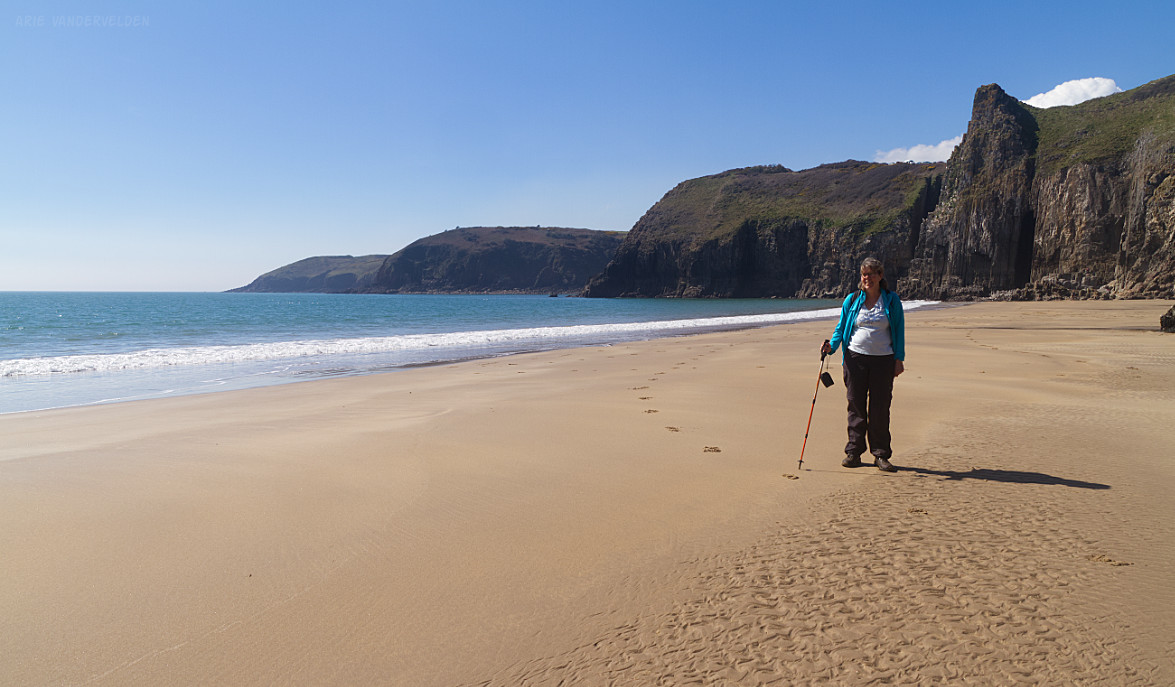 Around the next point was a large holiday park, with row after row of trailers.  Getting across was tiring.  The signage here wasn’t very good, and we had to backtrack a few times.  Once past this eyesore we were on our final approach to Giltar Point. 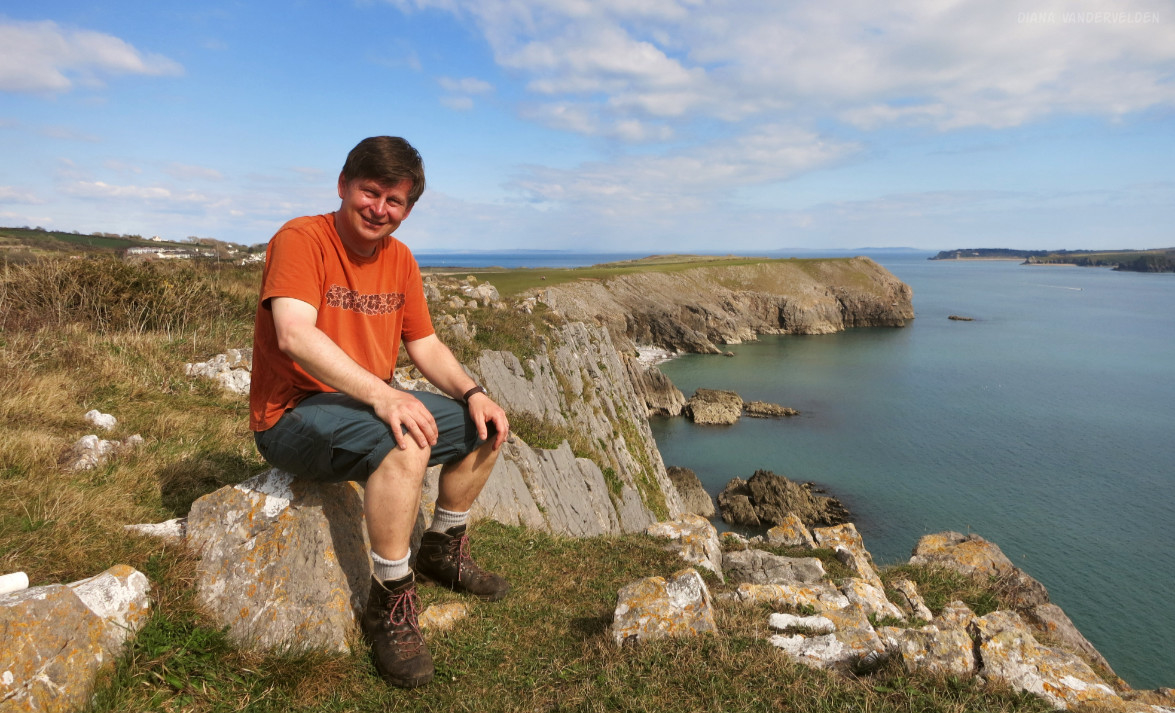 Giltar Point is made of steeply-dipping Carboniferous limestone. 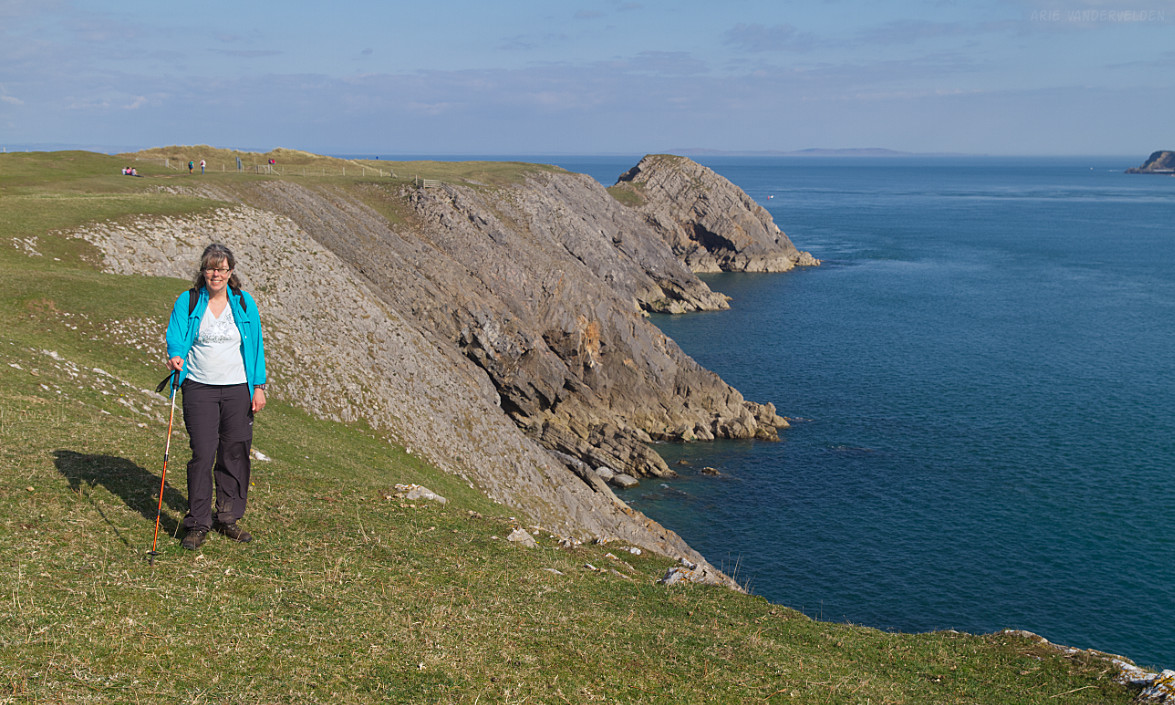 Around the point was Tenby Beach. 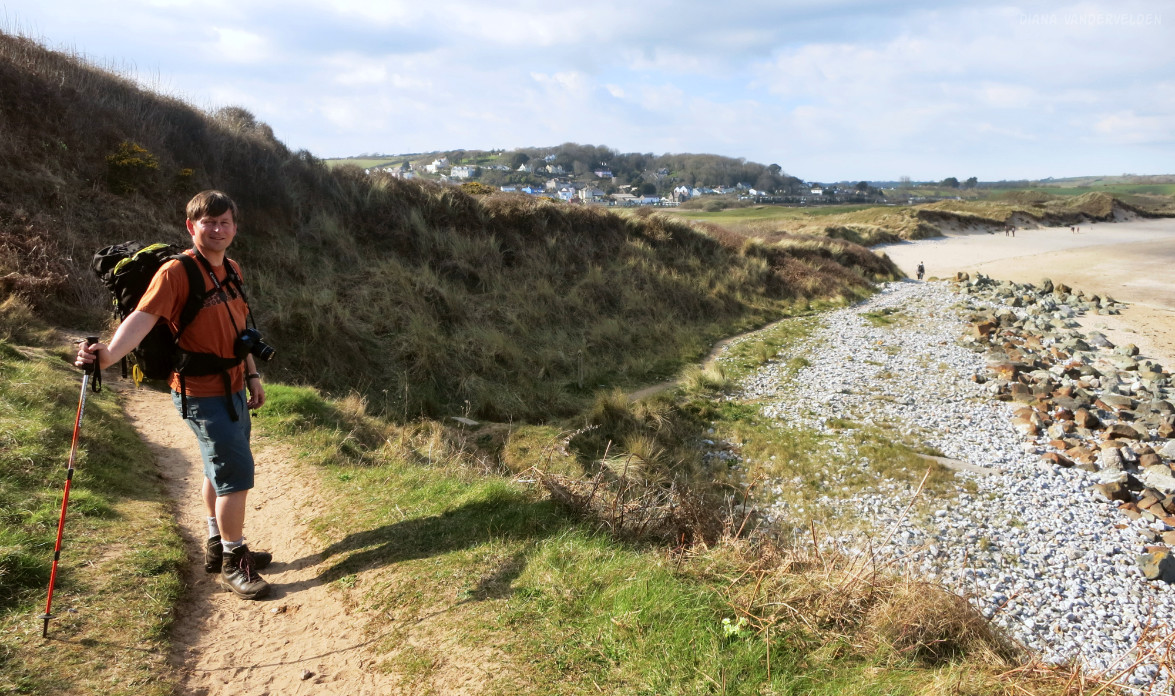 A short hike down the beach took us to our final destination: Tenby.  Time for a selfie! 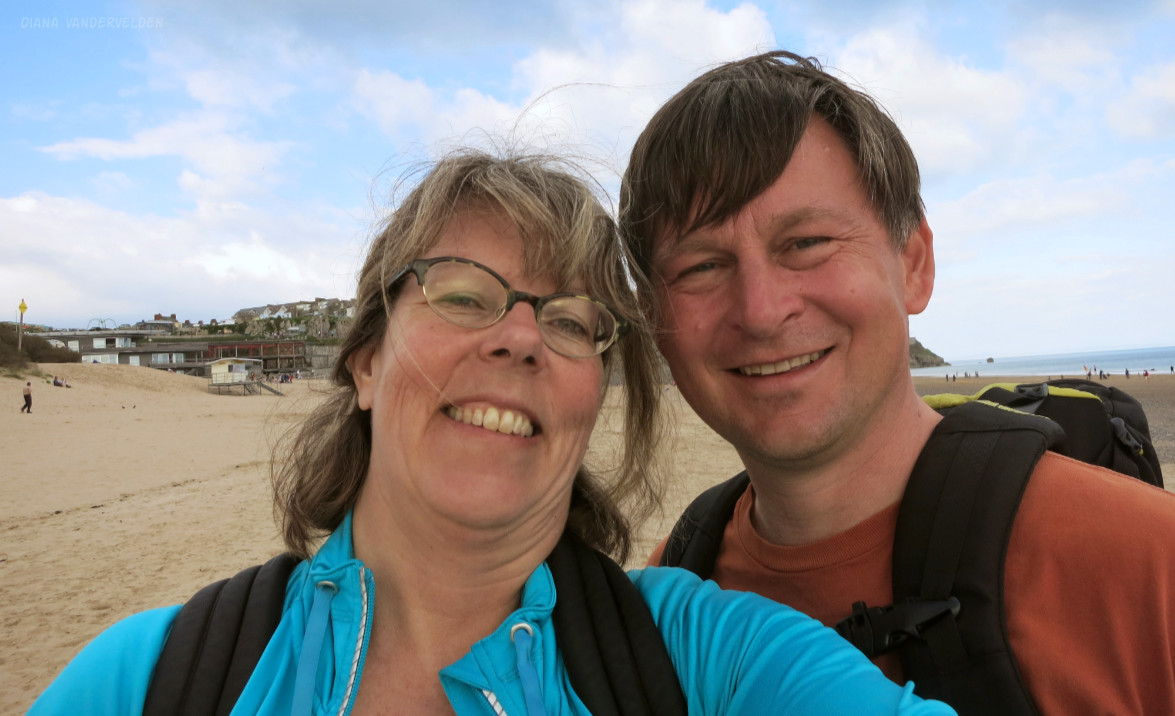 Tenby is a very touristy but pretty town.  I’ll leave you with a few pictures taken around sunset. 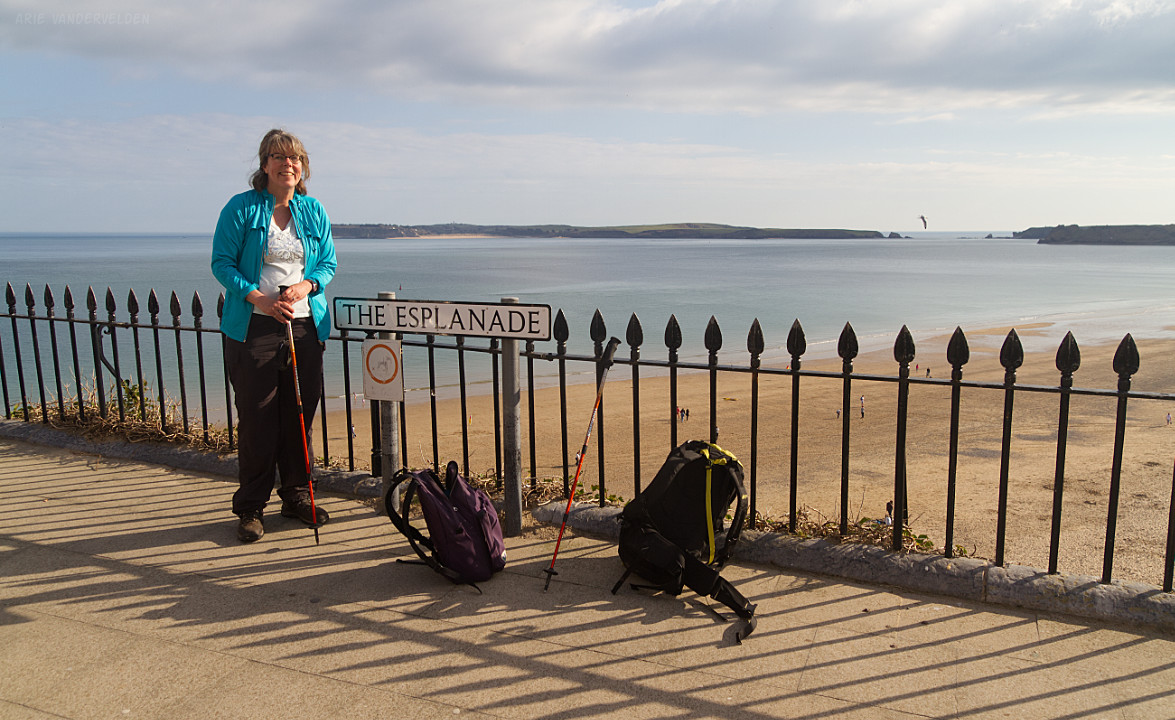 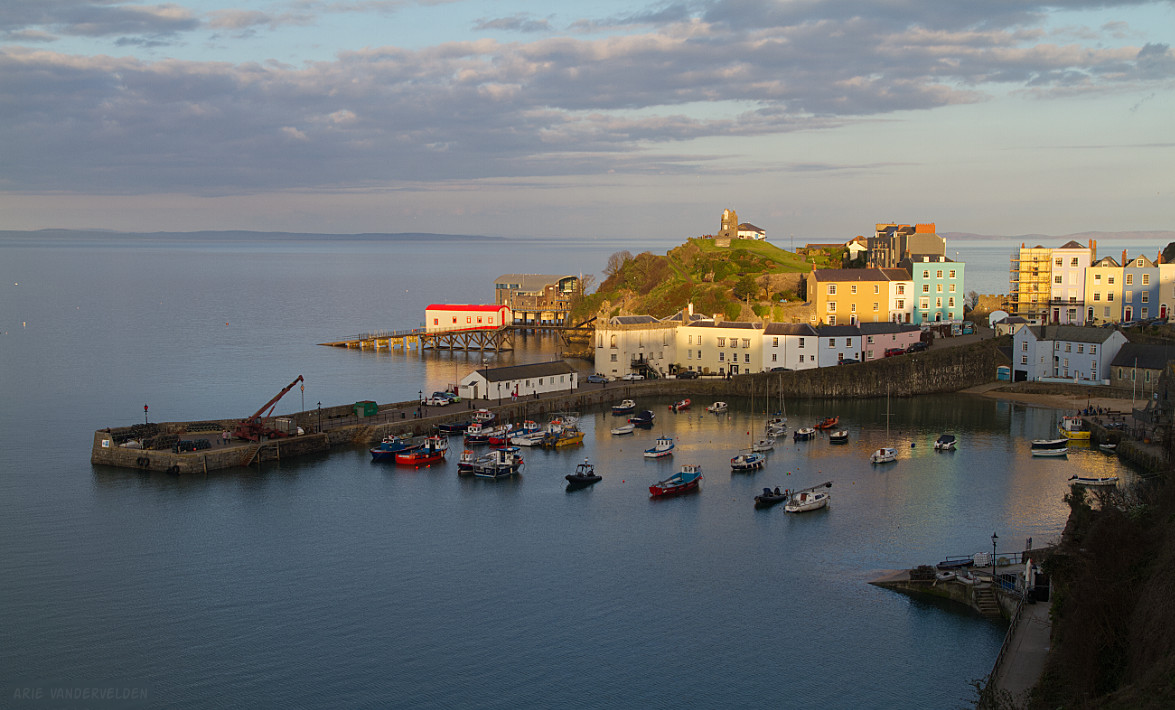 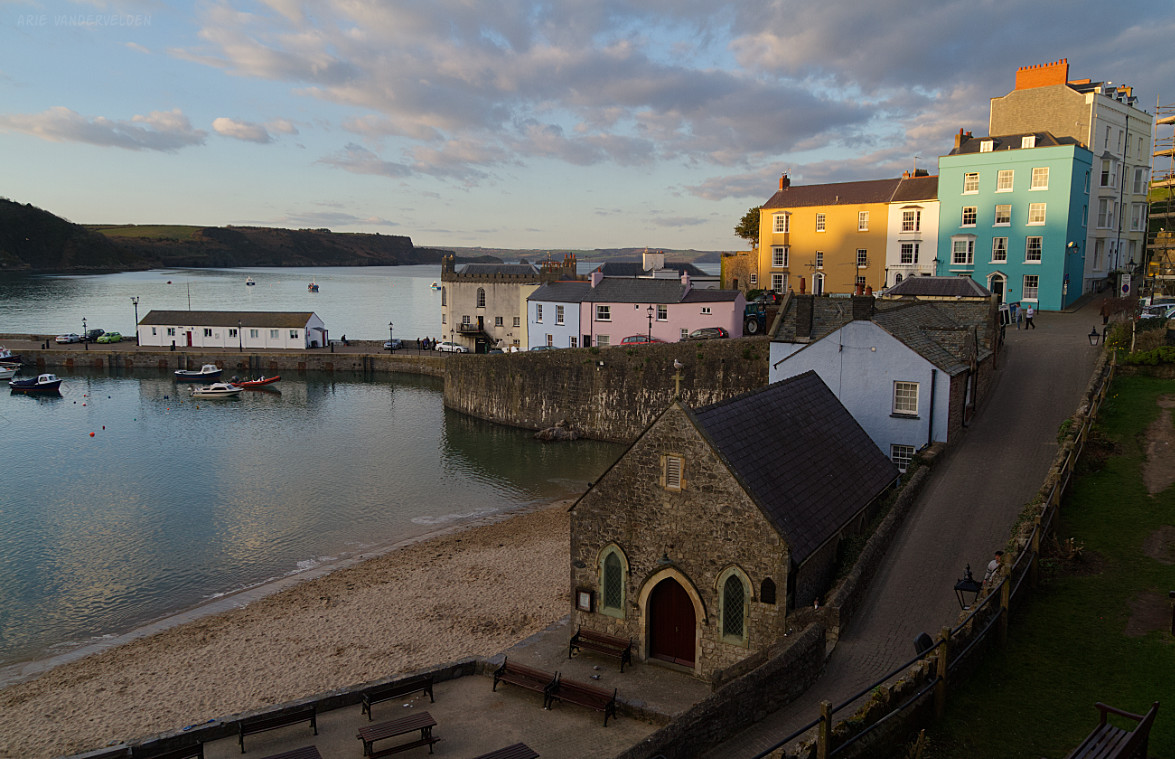 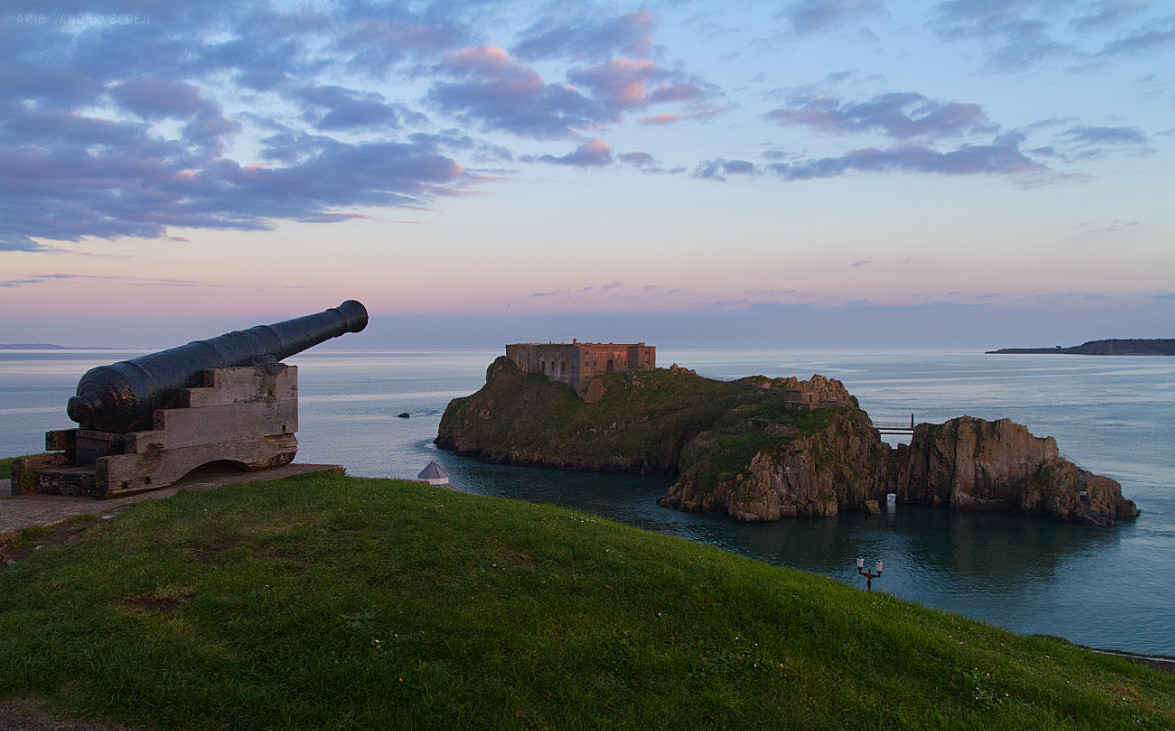 Manorbier is served by local buses.  Tenby has a train station.

Manorbier to Tenby is 8.5 miles. 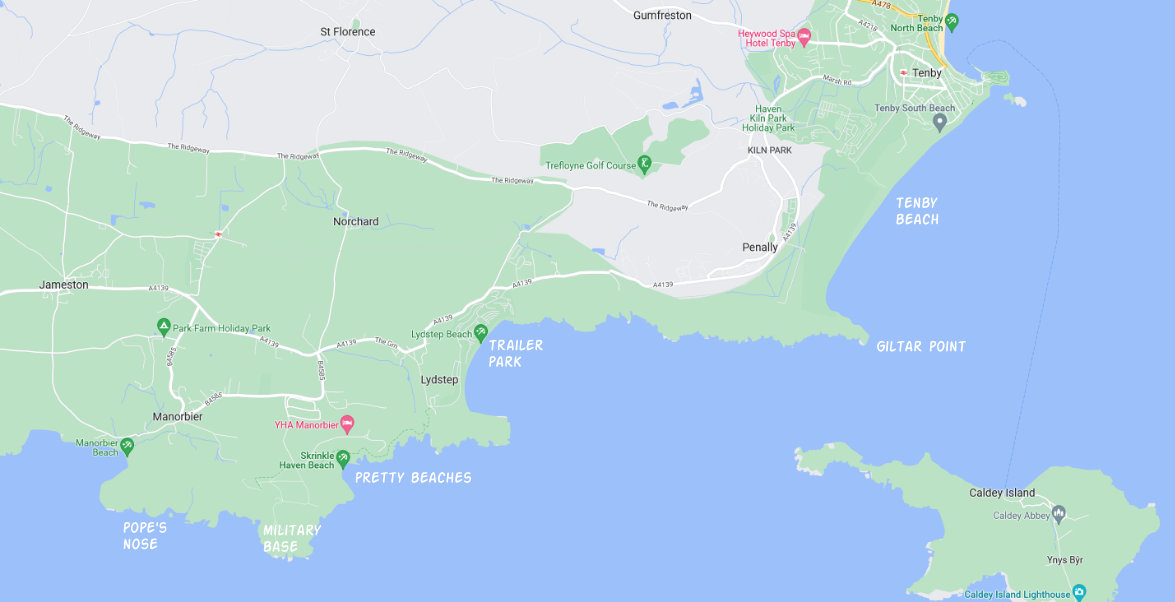