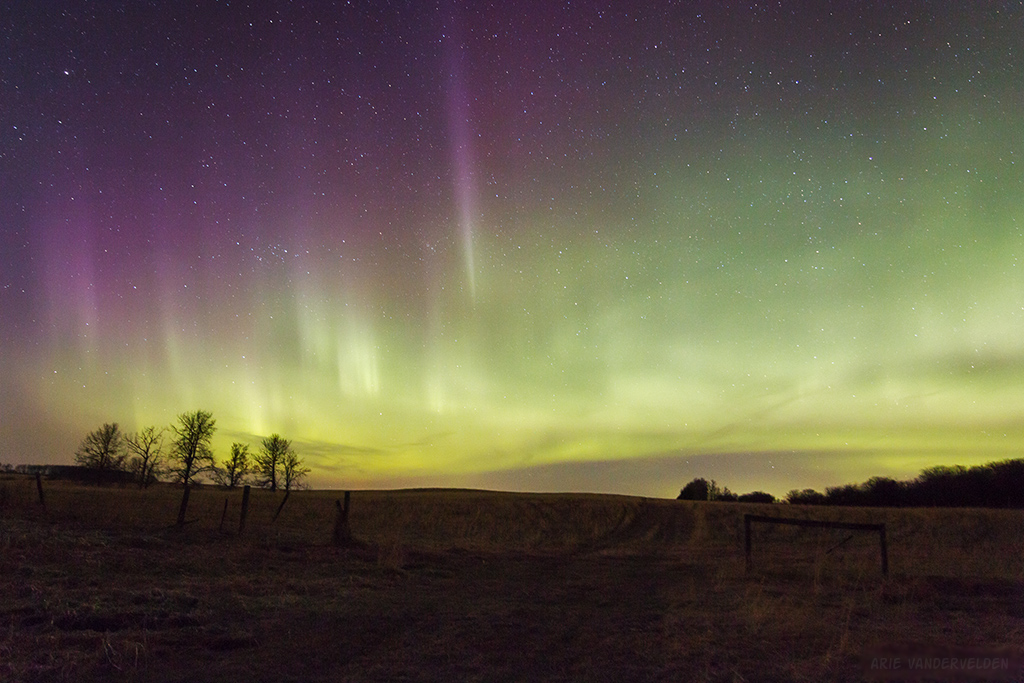 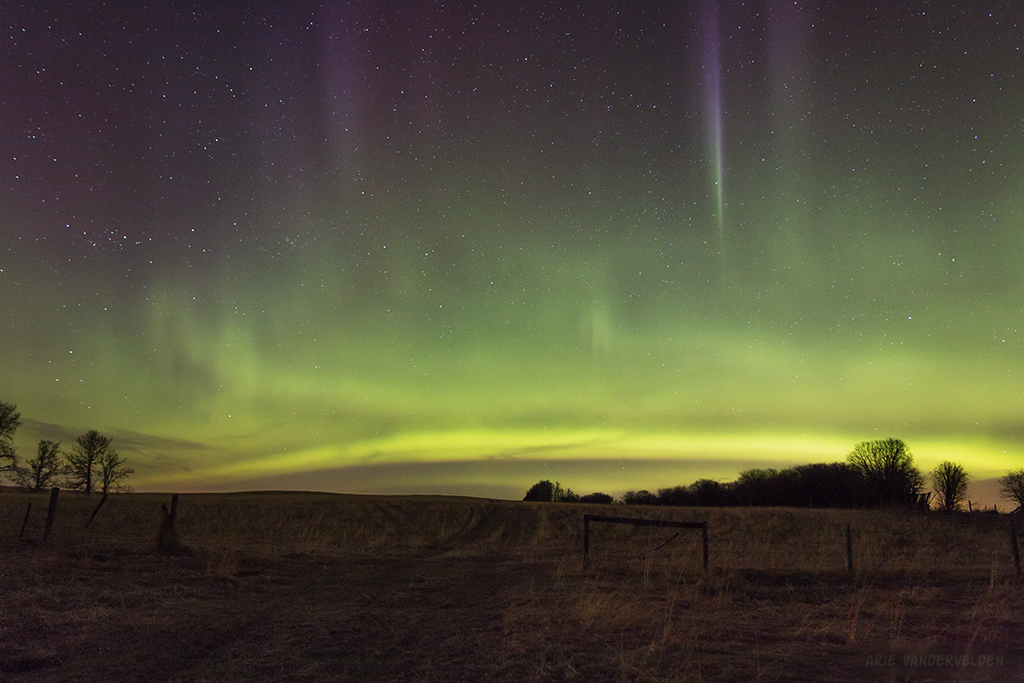 Aurora above the Dogpound Rodeo Grounds. 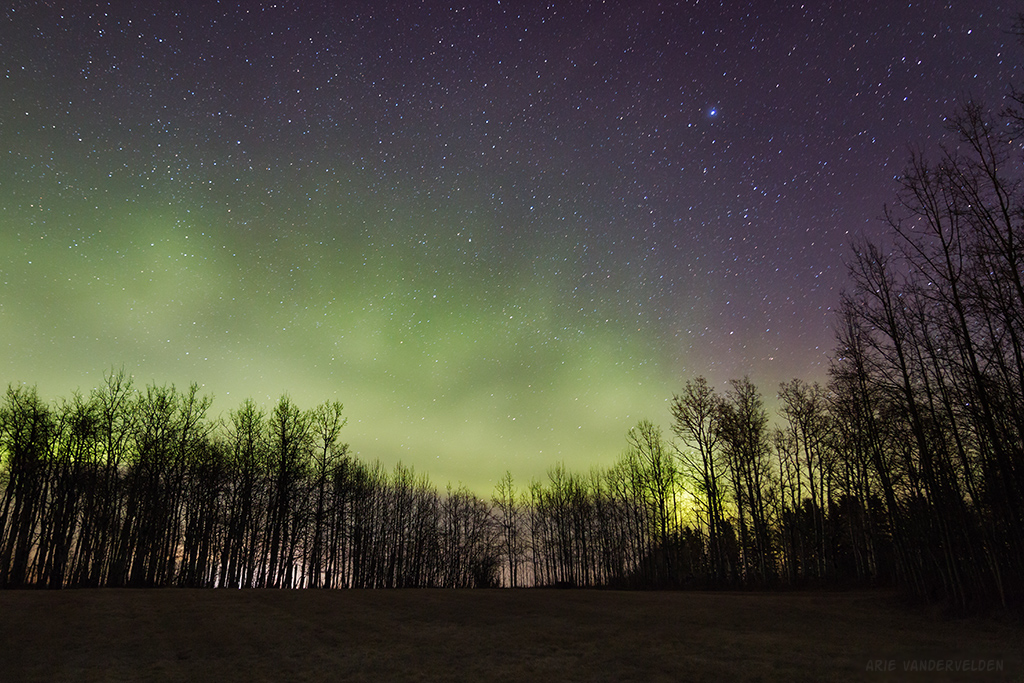 On the horizon, in the direction the telephone wire is going, is a setting crescent moon. 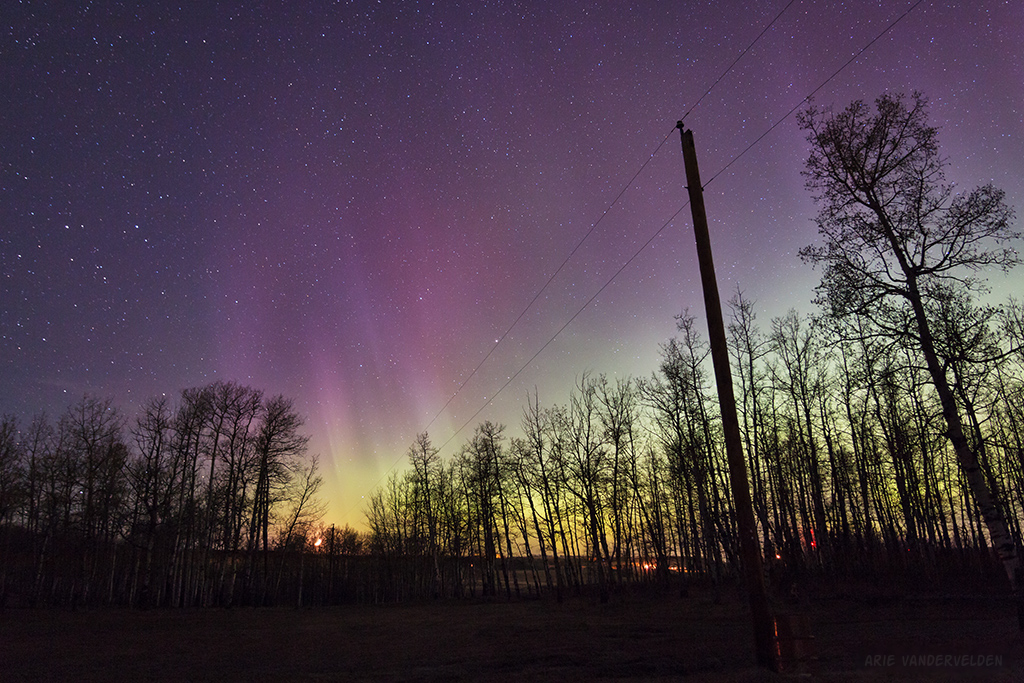 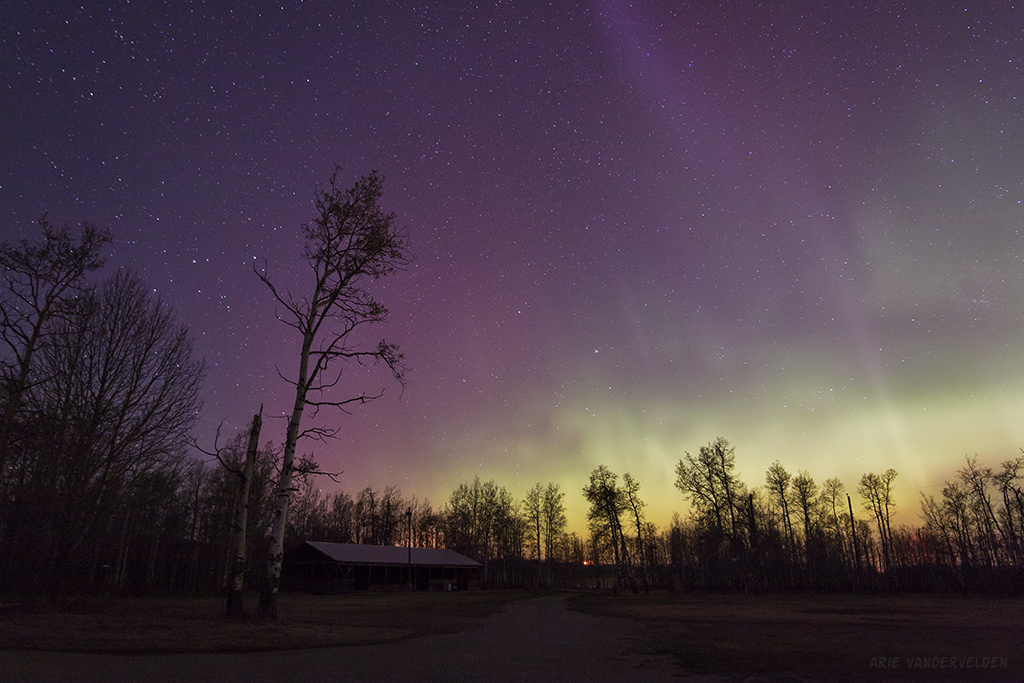 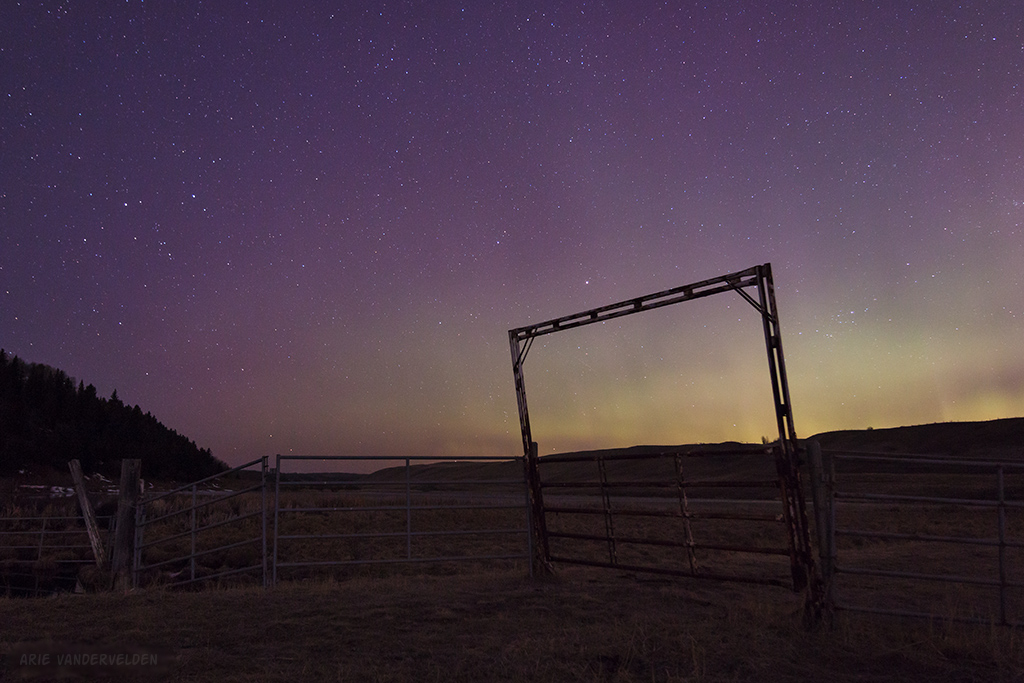 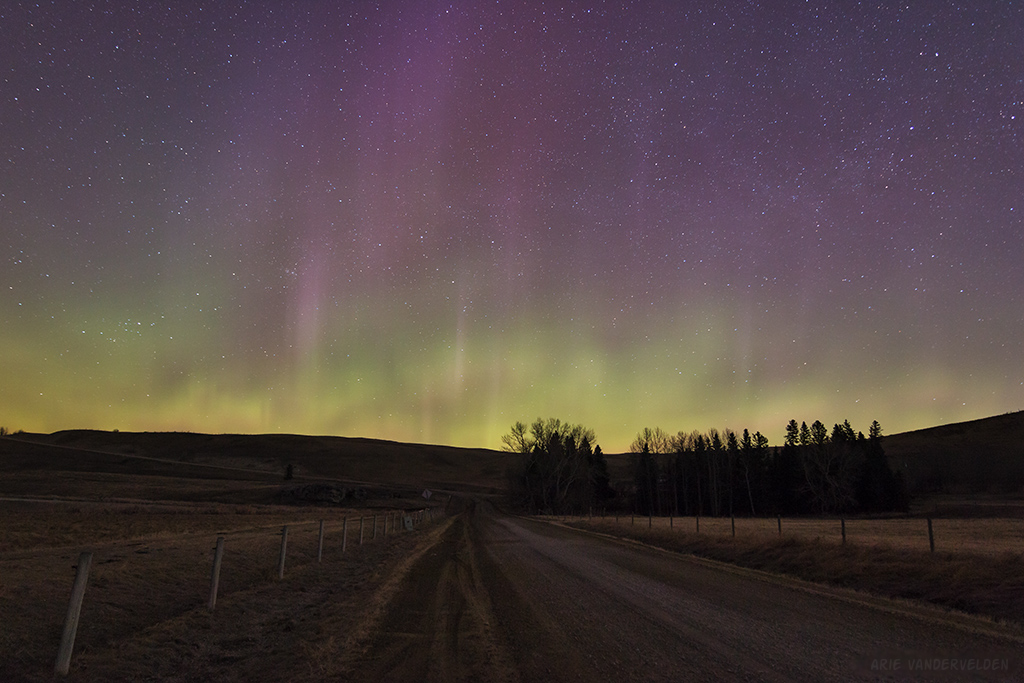 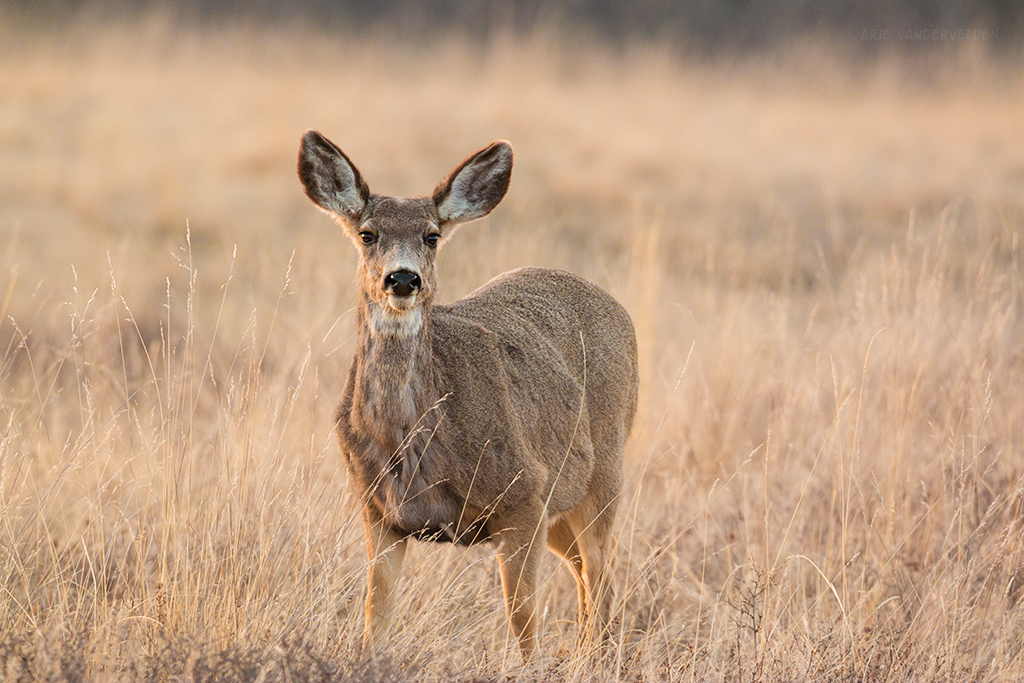 Cycling at sunrise near Cochrane.  Photo by Diana. 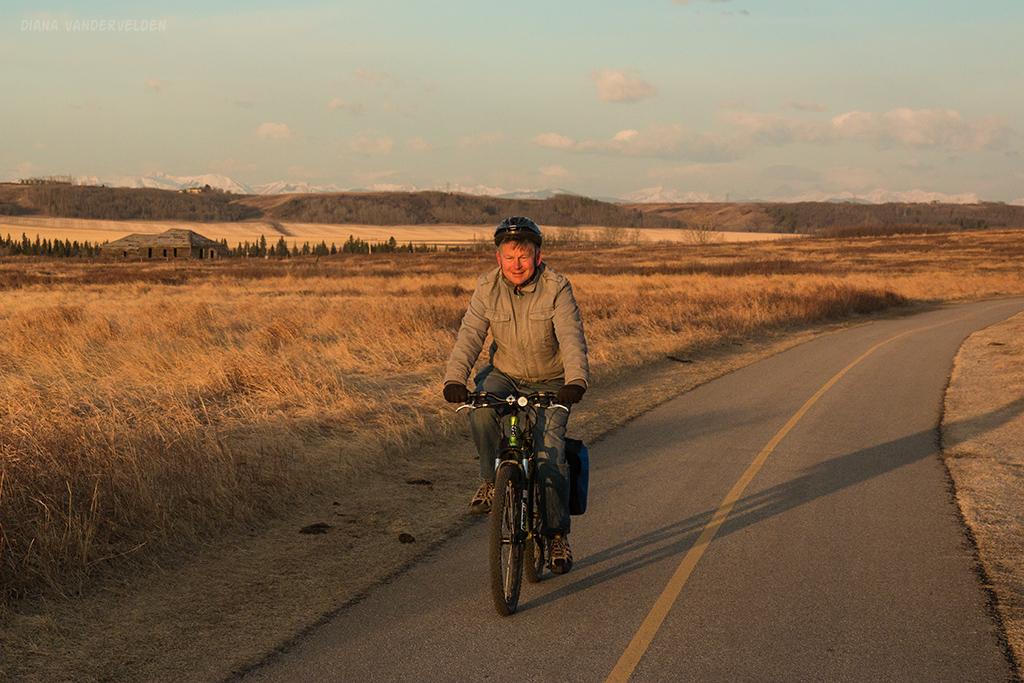 Glenbow Ranch Homestead with Moose Mountain in the background. 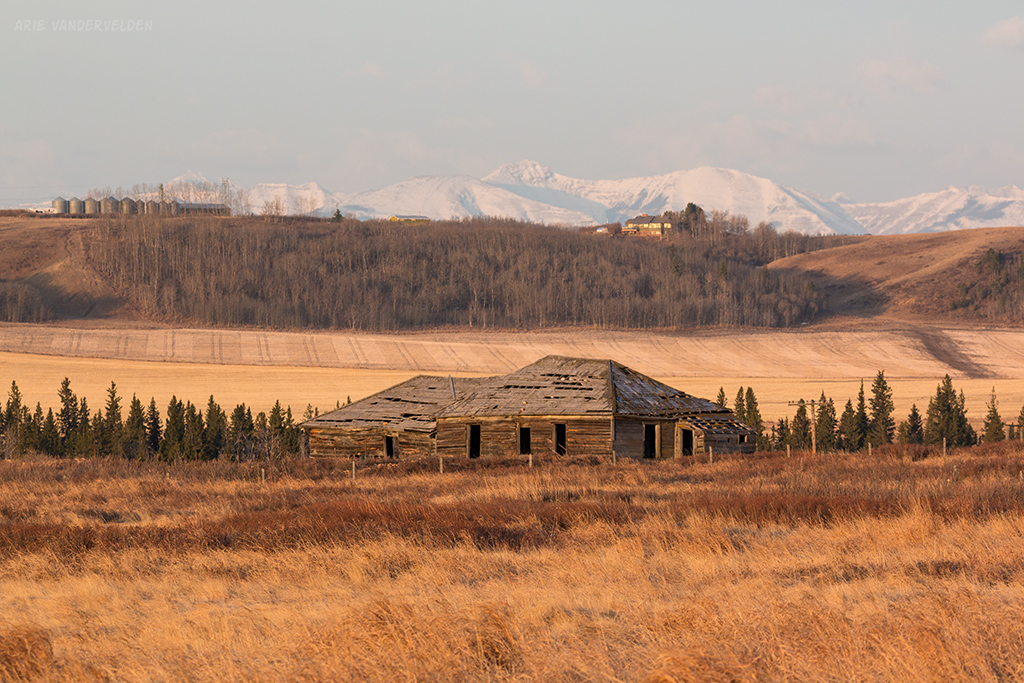 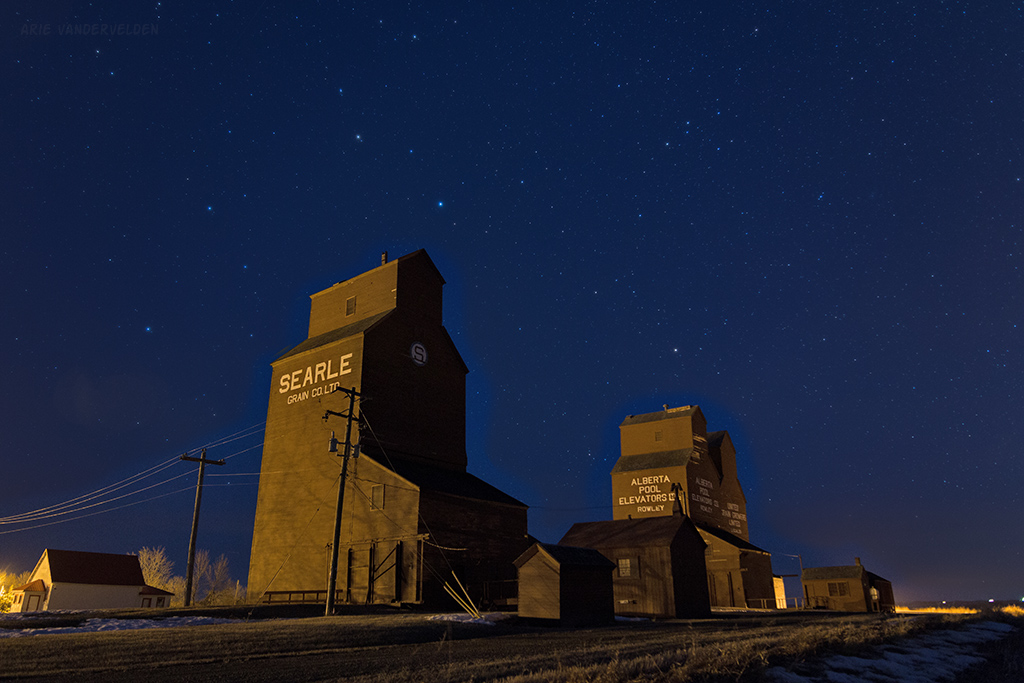 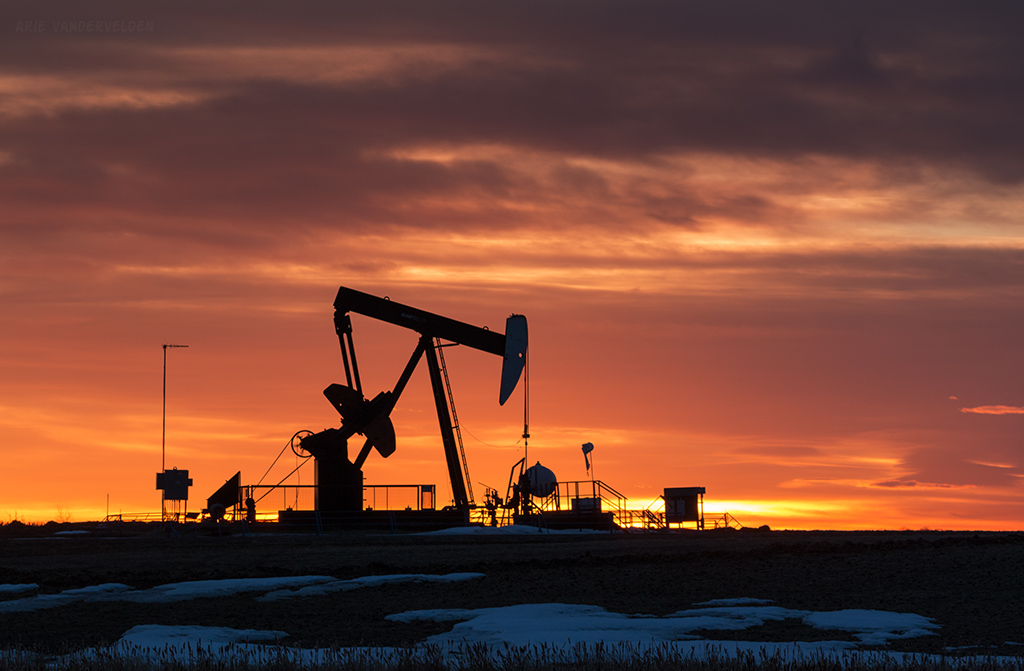 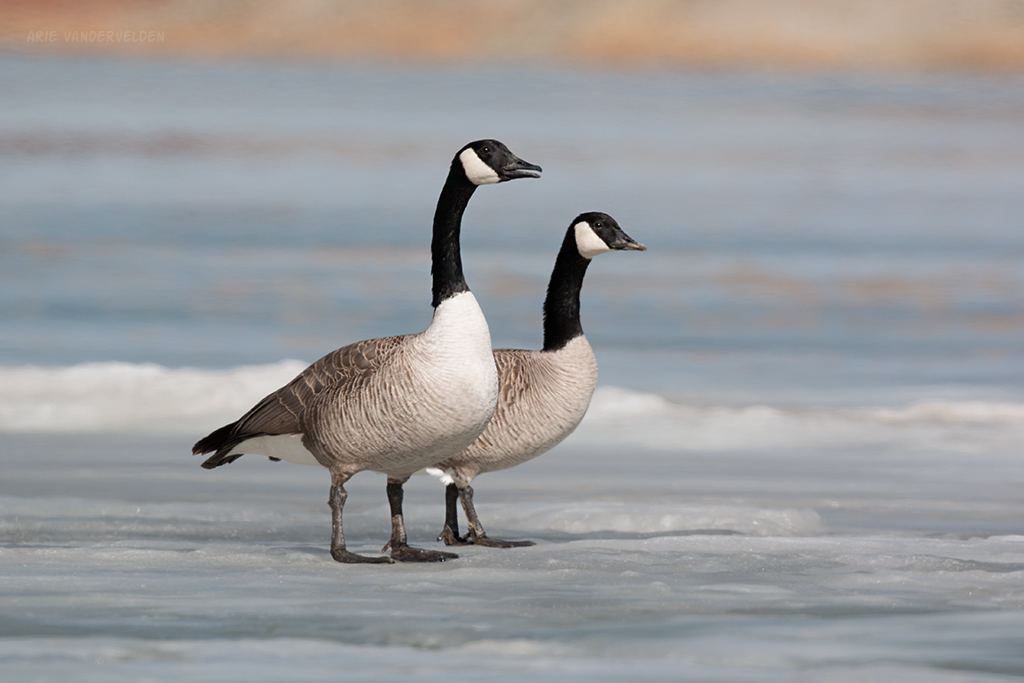 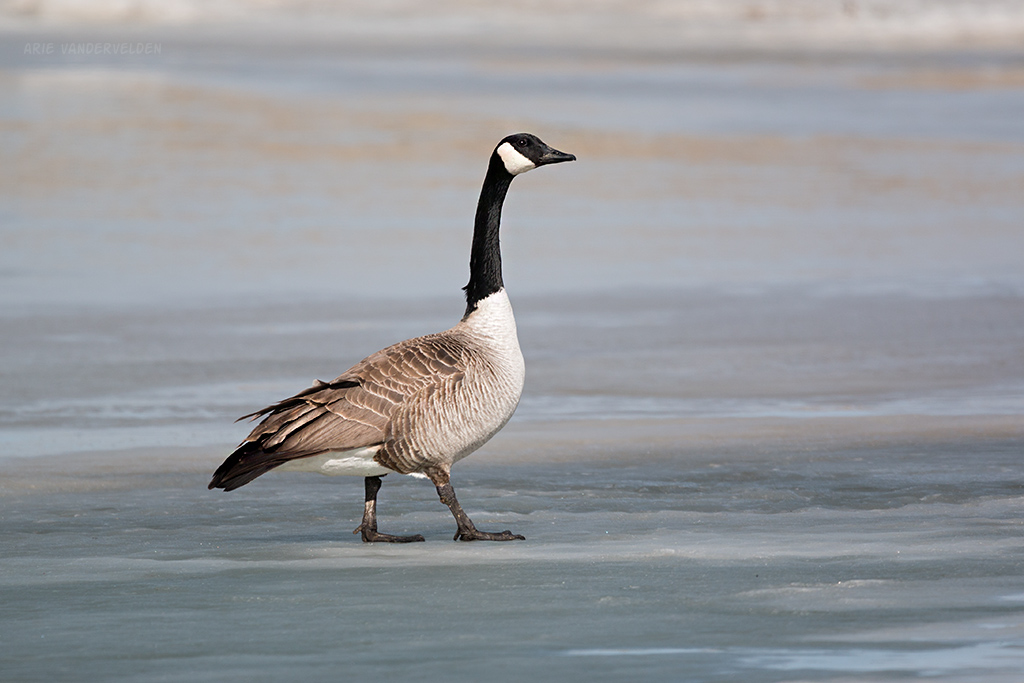 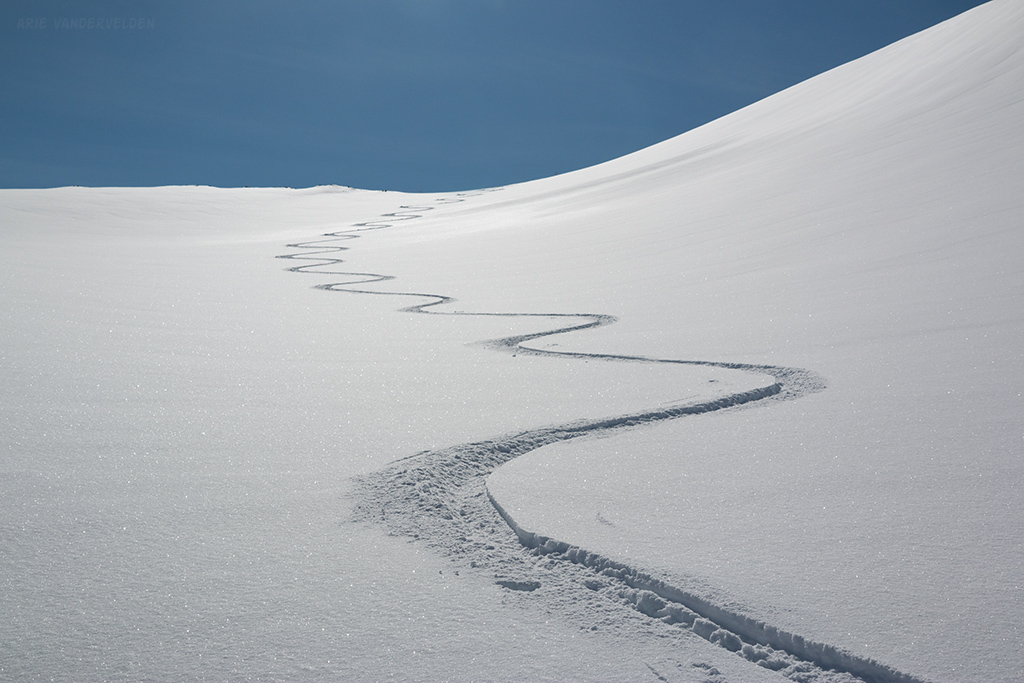 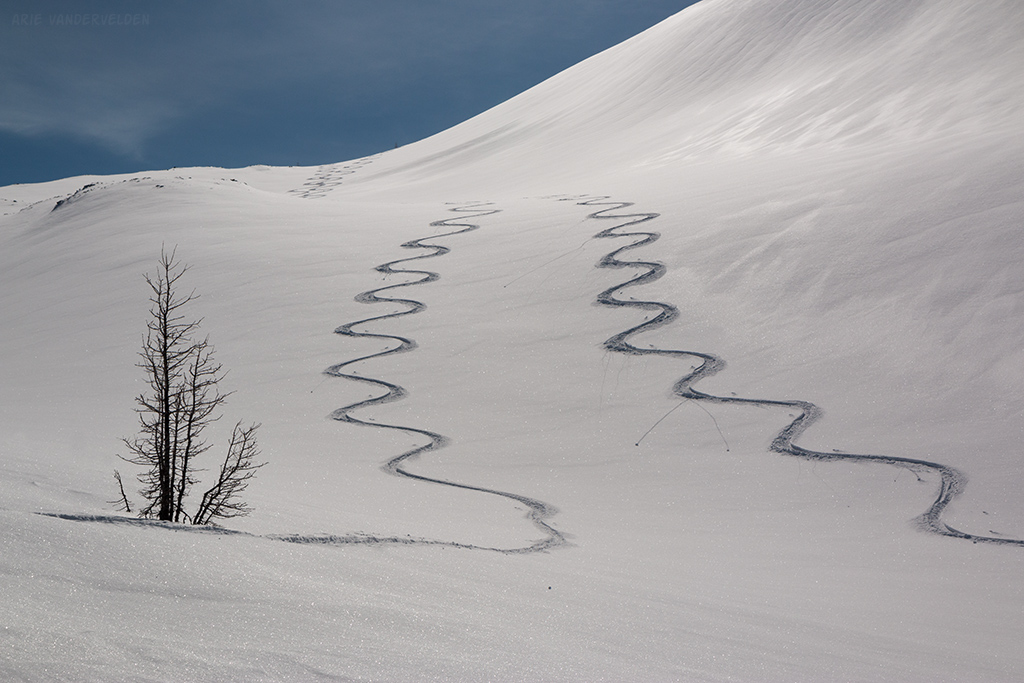 I skied to Shadow Lake in Banff Park.  Here are some pictures of Shadow Lake and Mount Ball: 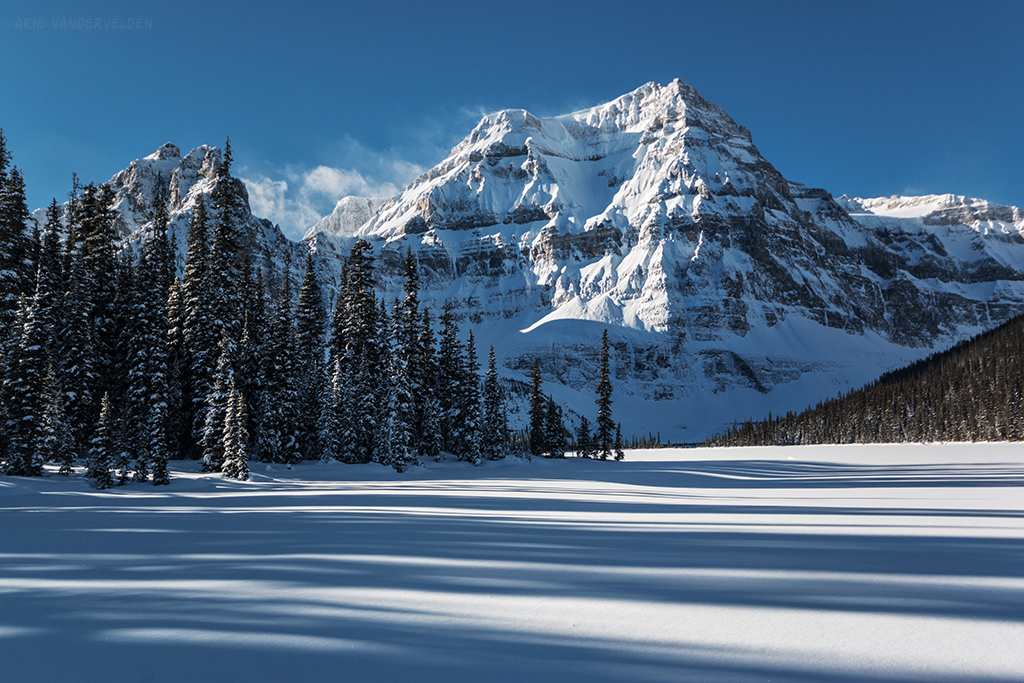 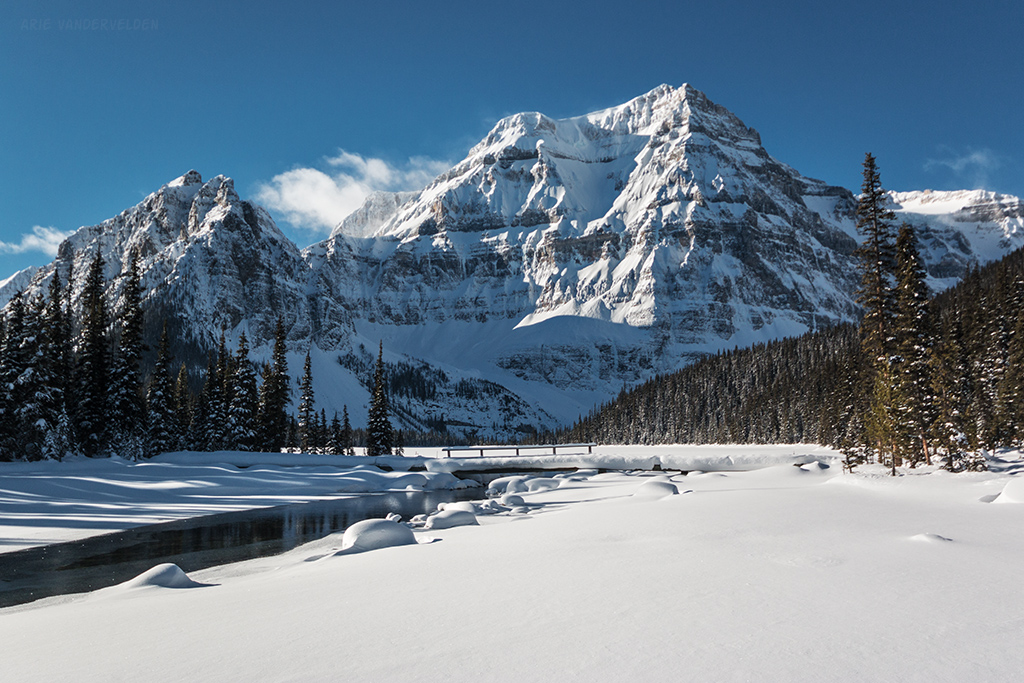 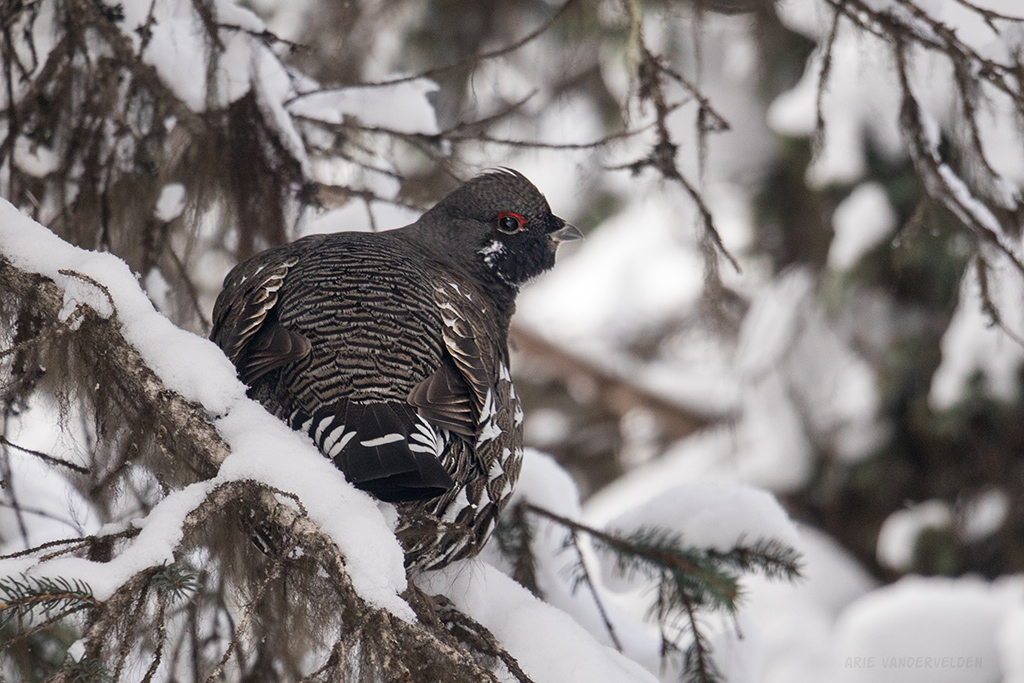 Diana gave me a star tracker for Christmas.  A star tracker compensates for rotation of the Earth so that you can take photos of celestial objects without them moving in the frame during exposure.  I recently took it out to Kananaskis country to test my setup.  There was a lot of skyglow from the city, but the equipment performed beautifully and I had fun fiddling with gear in the -15C cold. 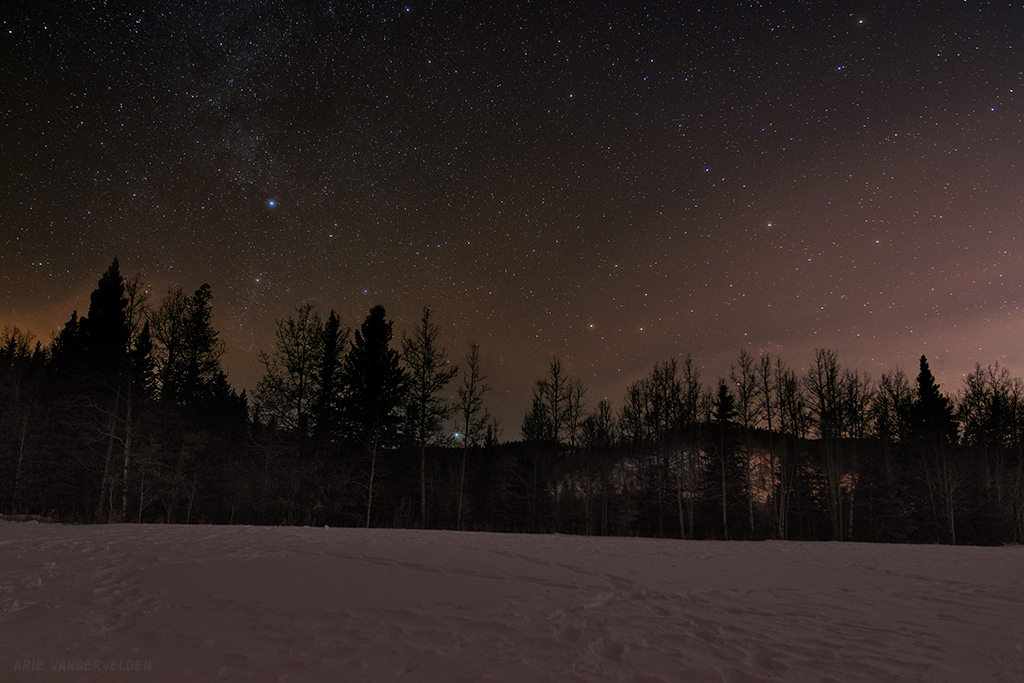 The Christmas conjunction.  Jupiter and its moons on the left, and Saturn with its rings is on the right.  Shot with a 600 mm lens, and strongly cropped. 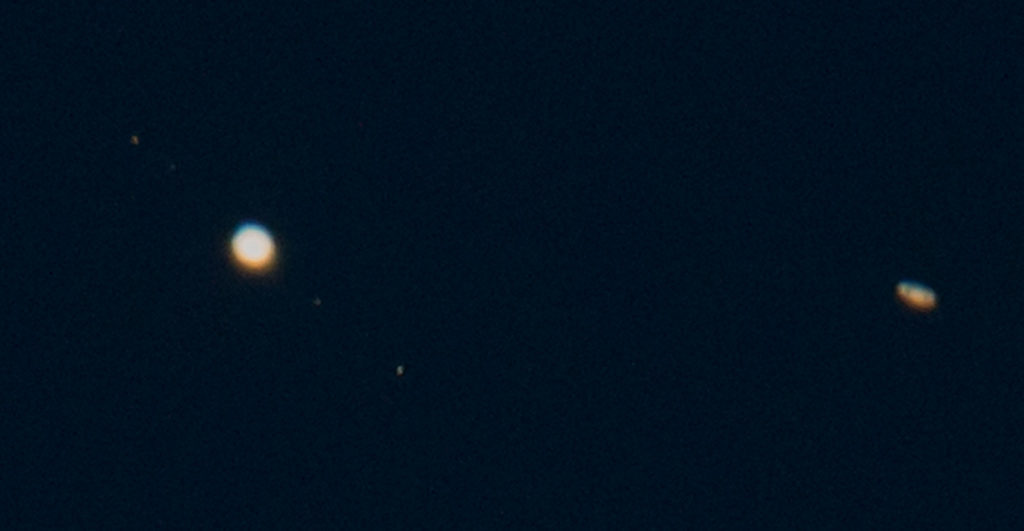 Mount Lyautey and the big rockslide at upper Kananaskis Lake. 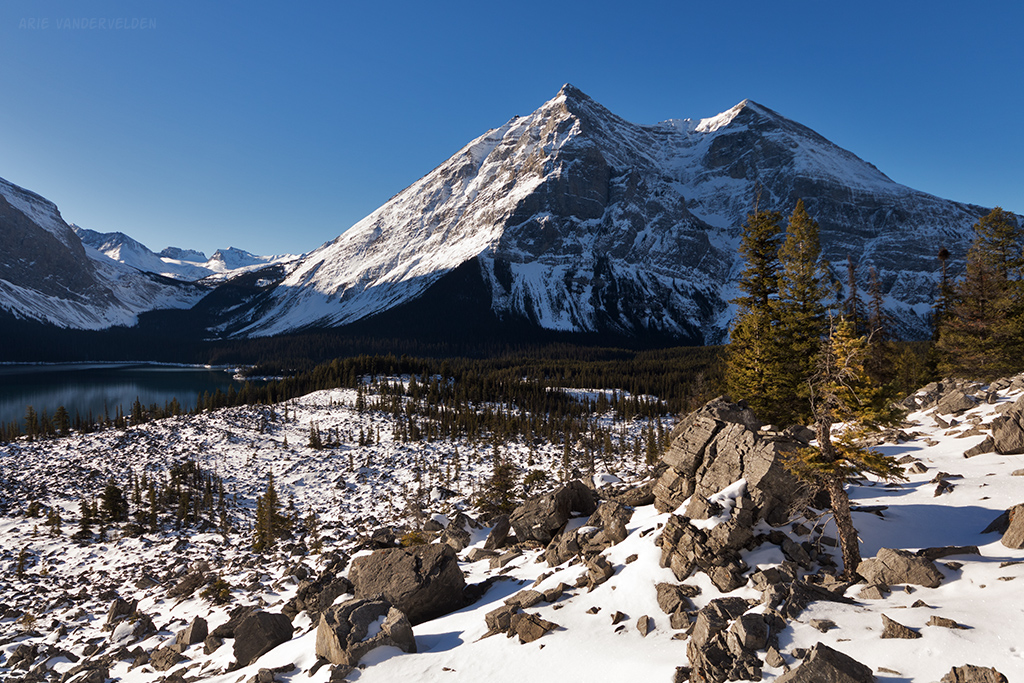 Ski season came early this year.  I have been cross-country skiing since October – probably my earliest start ever.  Here is a trail in Peter Lougheed Provincial Park. 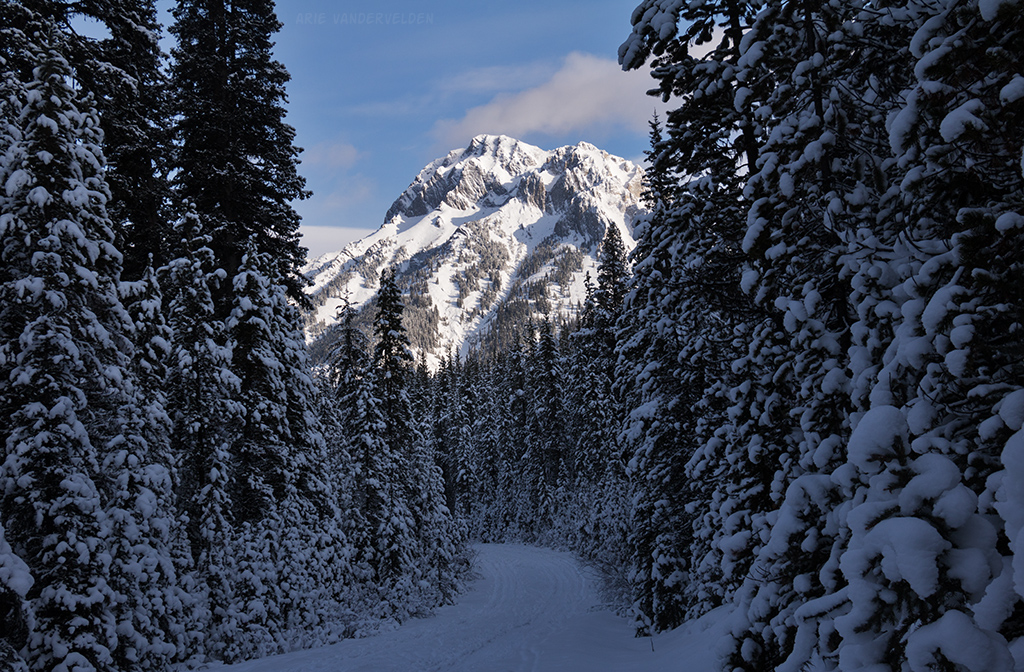 Here is a housefinch, nibbling on lilac seeds in my garden. 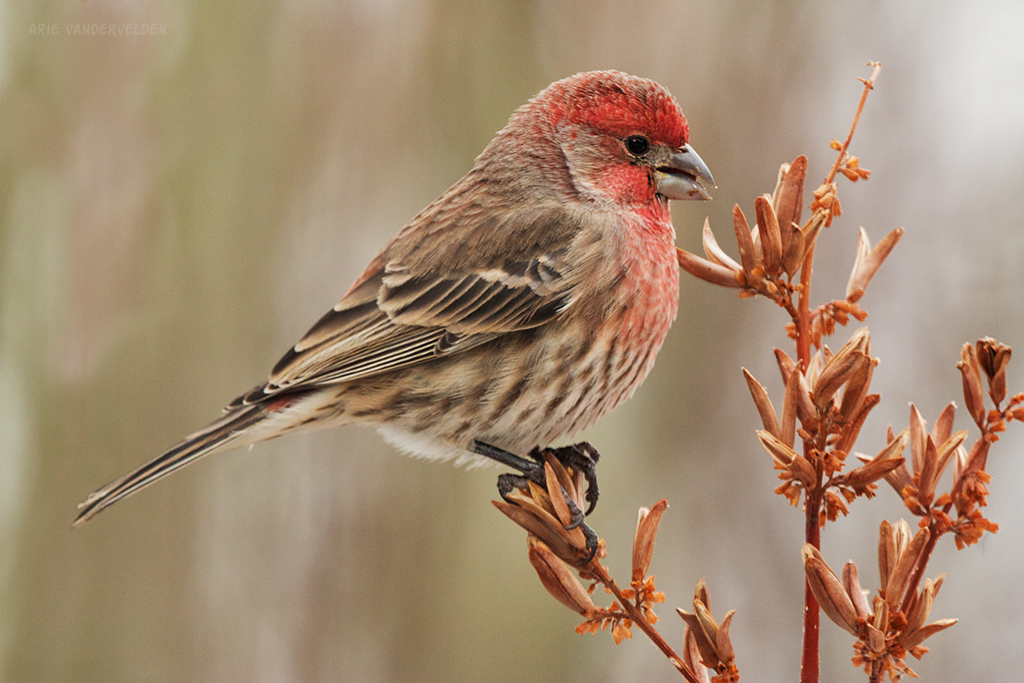 Here is a coyote.  We found it napping on our lawn in front of our house.  When I came out with my camera it lazily got up and scampered away. 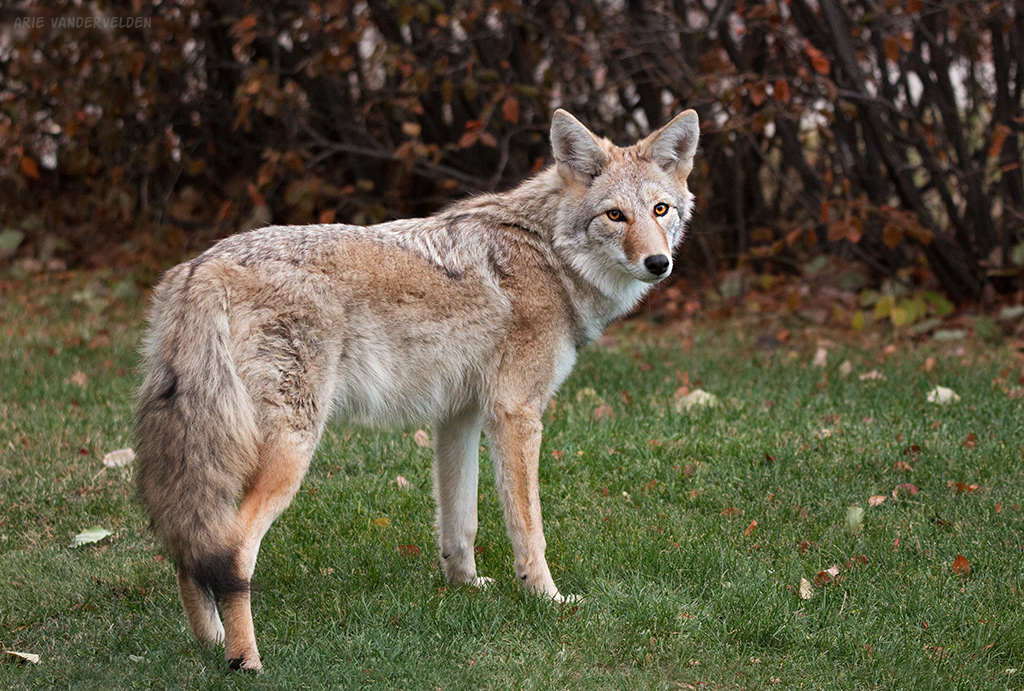