We stumbled upon this wonderful day-hike somewhat by accident.  We were staying in a B&B on the outskirts of Laxe, and we noticed a little sign indicating “praia” (beach) pointing down a country road.  The narrow little road ended at Praia de Soeste, a curving bay with a mile-long  sweep of pale-coloured sand.  There were a few German surfers camped out in Westphalia vans, but other than that the place was deserted.

We walked up and down the beach, watching the big Atlantic swell as it came rolling in on the shallowly sloping beach.  The weather was nice and sunny which doesn’t always happen in Galicia.  We then noticed a boardwalk behind the beach and a trail sign pointing the way.  It was clear that the trail wouldn’t dead-end at the head of the bay.  So we decided to go back to the car to get boots, hiking poles, sunscreen, and lunch, and to go hiking.  This ended up being a very good decision.

The trail led around the beach to the rocky headland, where the trail continued on sloping granite slabs covered by grass.  The views of the ocean were extensive.

Here, the trail goes around a small rocky bay.

We were really enjoying ourselves.  The weather was wonderful and the views were fantastic.

Our small footpath met up with a gravel road for a while.

The trail then dropped closer to the sea and followed a stacked stone wall.  Some cairns and splotches of paint indicated the way.  In the distance we could see Praia de Traba.

We dropped down to the beach.  On the way out we followed a trail through the dunes and estuary behind the beach, and on the way back we slogged through the coarse sand.

The dunes behind the beach are quite pretty.

We had planned to turn around at the far end of the beach.  However the scenery up ahead looked spectacular, with exposed blobby granite.  These granites are part of the late Paleozoic Variscan orogeny, one of the plate collisions responsible for the formation of the supercontinent Pangea.  These granites are reddish to pink, indicating an abundance of potassium feldspar.

So we continued on.

Eventually it was time to turn around.  It was getting late in the day, and we still had to retrace our steps back to Praia de Soeste.

Trudging back through the sand took some effort, but it sure was a beautiful day.

Laxe is in Galicia, on a stretch of coast called the Costa da Morte, on the very northwestern tip of Spain.  It’s about a 1.5 hour drive northwest of Santiago de Compostela, which has Ryanair flight connections.  We hiked the trail in early June of 2017.  This trail is part of a long-distance route called O Camiño dos Faros. 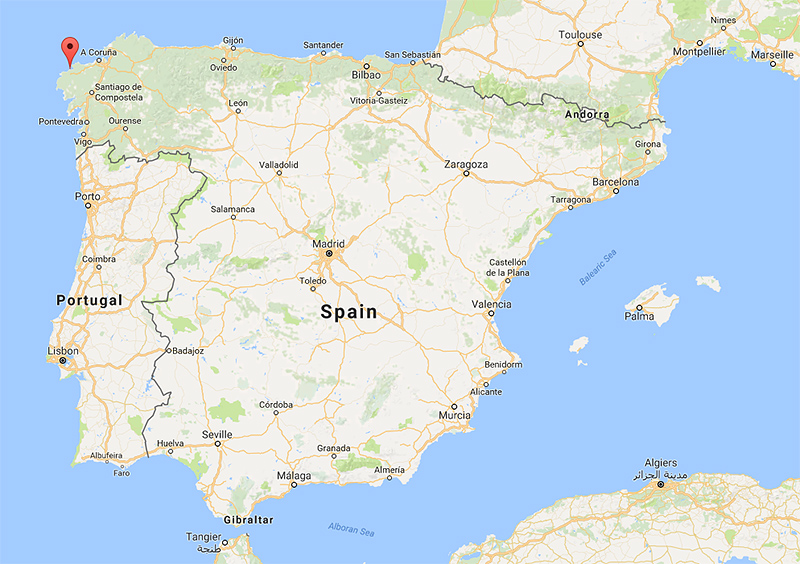 We stayed at Casa Rural de Arreiro, a B&B in an ancient house with granite walls that are two feet thick. 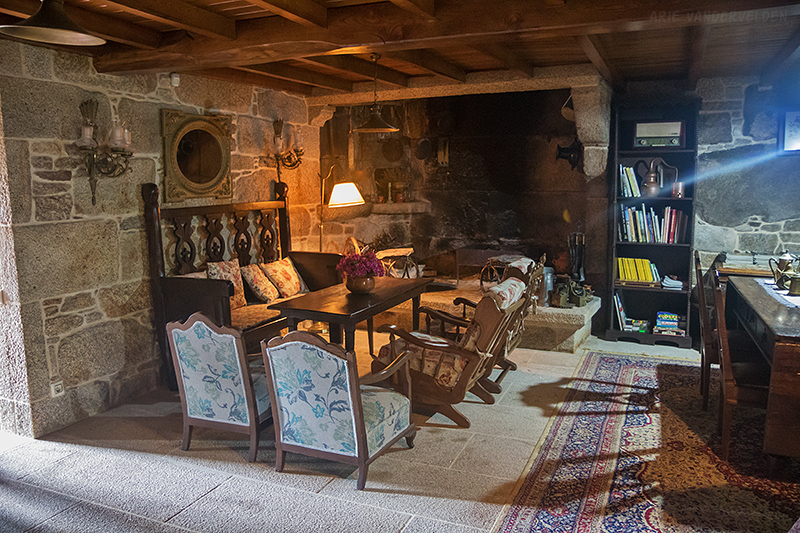 Hiking in Galicia: Laxe to Camelle
Tagged on: hiking    Spain